The Tuesday bunch is still climbing strong! Juniper Peak was accomplished this week by a large group of hikers. Mike OC sent out these photos of the attendees and the remaining photos are from Kay's archives. The hike is explained well in an email that Jerry sent out previous to the hike as follows: We will be parking at the newly upgraded Pine Creek parking lot in Red Rock Canyon NCA. From there we will hike down the Pine Creek trail until we hit the start of the Arnight trail just past the old foundations of the Wilson homestead. We will hike south along the Arnight trail until we hit a branch that turns up Juniper Canyon. From there we will start scrambling up very large boulders in Juniper Canyon. The route up will contain sections of scrambling up large boulders, steep trail on loose dirt, and a small section of talus. At this point we are near the foot of Brownstone Wall a favorite spot for rock climbers. If we are lucky we may spot some on Tuesday. After the talus we scramble up steep sandstone slabs and dirt trail to the only difficult spot on the hike which could be described as class 3 the rest of the hike is class 2. From this spot there is more slabs and rock to scramble over until we hit the summit. We will return the same way we came. 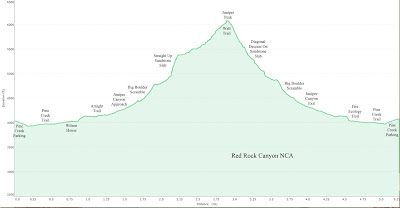 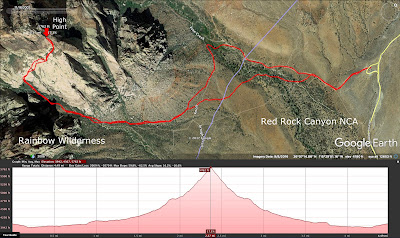 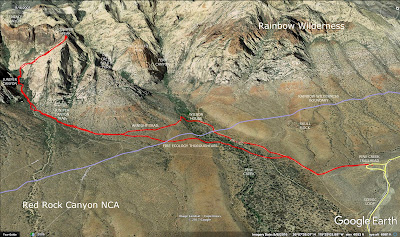 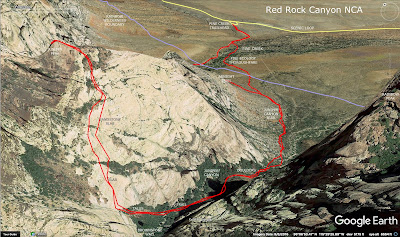 Posted by Las Vegas Cockapoo at 9:15 AM