There is a peak in the Red Rock Canyon NCA escarpment that lies between Rainbow Peak and Bridgepoint Peak called Juniper Peak. It is surrounded by other grand displays such as Rainbow Wall and Mescalito Peak as well. Seldom is Juniper Peak talked about but today she was the star! Eighteen hikers began at the Pine Creek Trailhead and hiked out to Juniper Canyon by way of the Pine Creek Trail and the Arnight Trail. Upon arrival at Juniper Canyon, a festival of large boulder scrambling ensued. There is really just one route up through the boulders, but the writer (who was not there) bets (OK, this is Las Vegas) that different routes were tried. After reaching the top of the boulder field, a slippery dirt hill had to be climbed. Then comes a rock fall ... then the Great Juniper Canyon Sandstone Slab. This is where the story from Steve and Laszlo began. Their photos and a few words tell the tale.

The diagonal sandstone slab after the slippery dirt slope that preceded it, was welcome terrain (for the most part!) Then, we saw Don P. heading into perilous territory as seen above. A few friends helped him out of a tight spot and the group proceeded up to the summit where there was a dynamite view as we ate our lunch. On the way down we met up with a hiker who was coming up and we wished him well after a small chat. ~ Laszlo


After climbing the sandstone slab, Mike OC led the group up a steep rock ramp and turned left. The trail continues up next to the wall that supports the peak. A little bit of twisty route at the top of the wall then you are climbing up through a rabbit hole and around to the peak. (On the way down, some hikers choose to forgo the rabbit hole and go straight down over the edge next to it as seen in a photo below.)

Although Laszlo is a man of few words today, suffice it to say, the eighteen hikers appear to have had a fun and adventurous day. 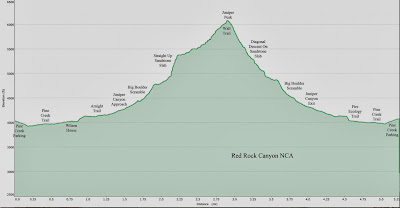 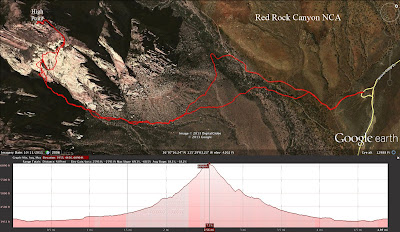 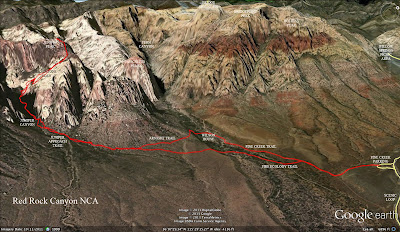 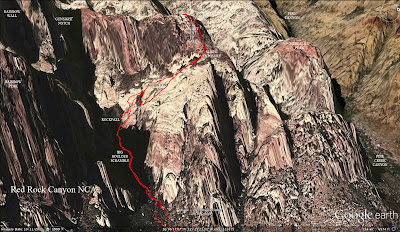