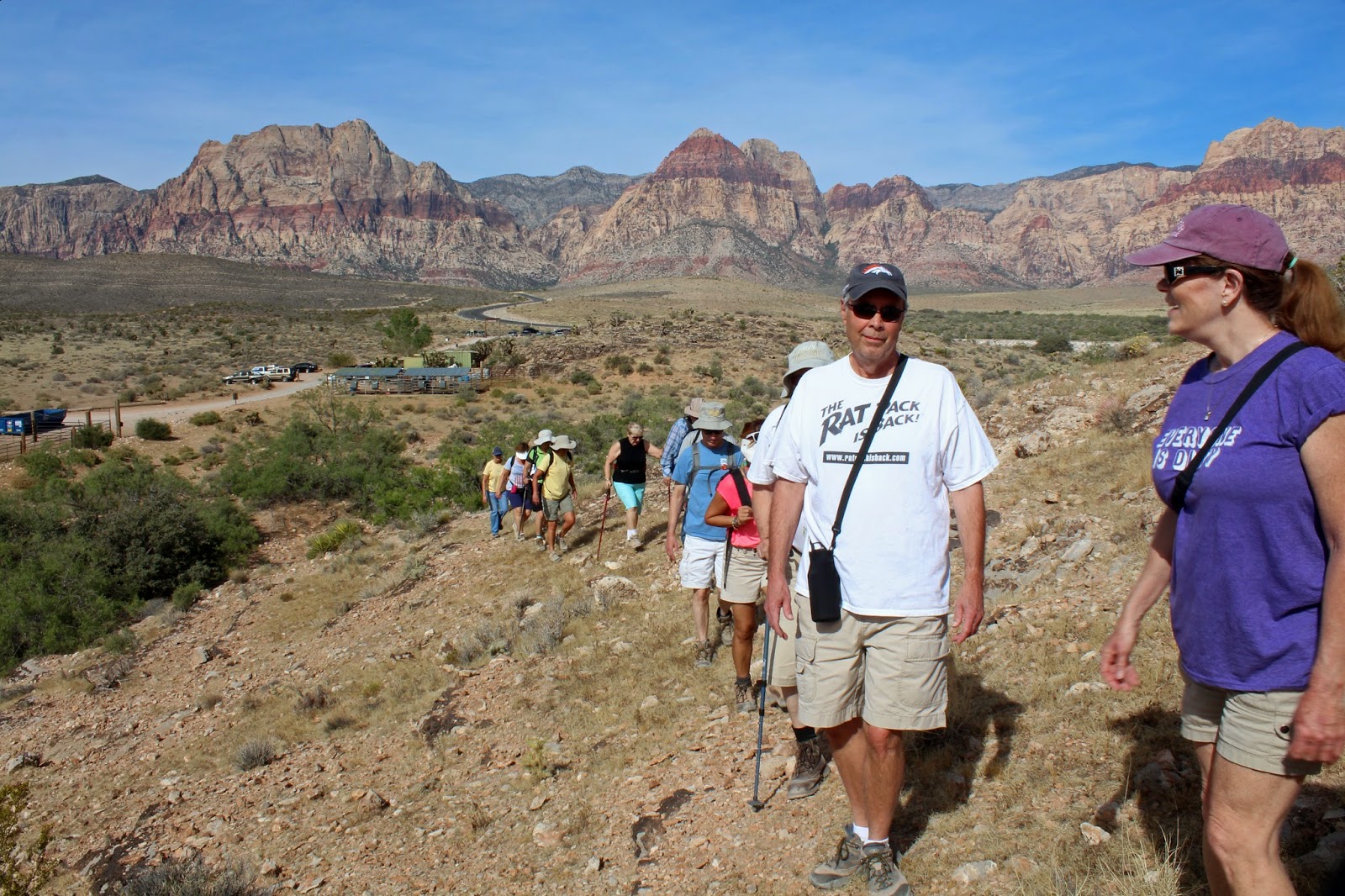 There were fifteen leisurely hikers today attending a very hot hike in the desert using a horse trail route from the Cowboy Trails in Red Rock Canyon NCA. Prepared for the heat, we parked just off the road at the stables and took a sharp turn to the left as soon as we went through the gate. Since this hike was not pre-hiked, there was a small bit of confusion about how to find the trail that climbed the small hill behind where the horses are kept.

As it turns out, we should have kept going further behind the horse corral, but, instead, we turned off too early. At any rate, our route up the hill was not too bad and provided a little extra excitement for the morning! 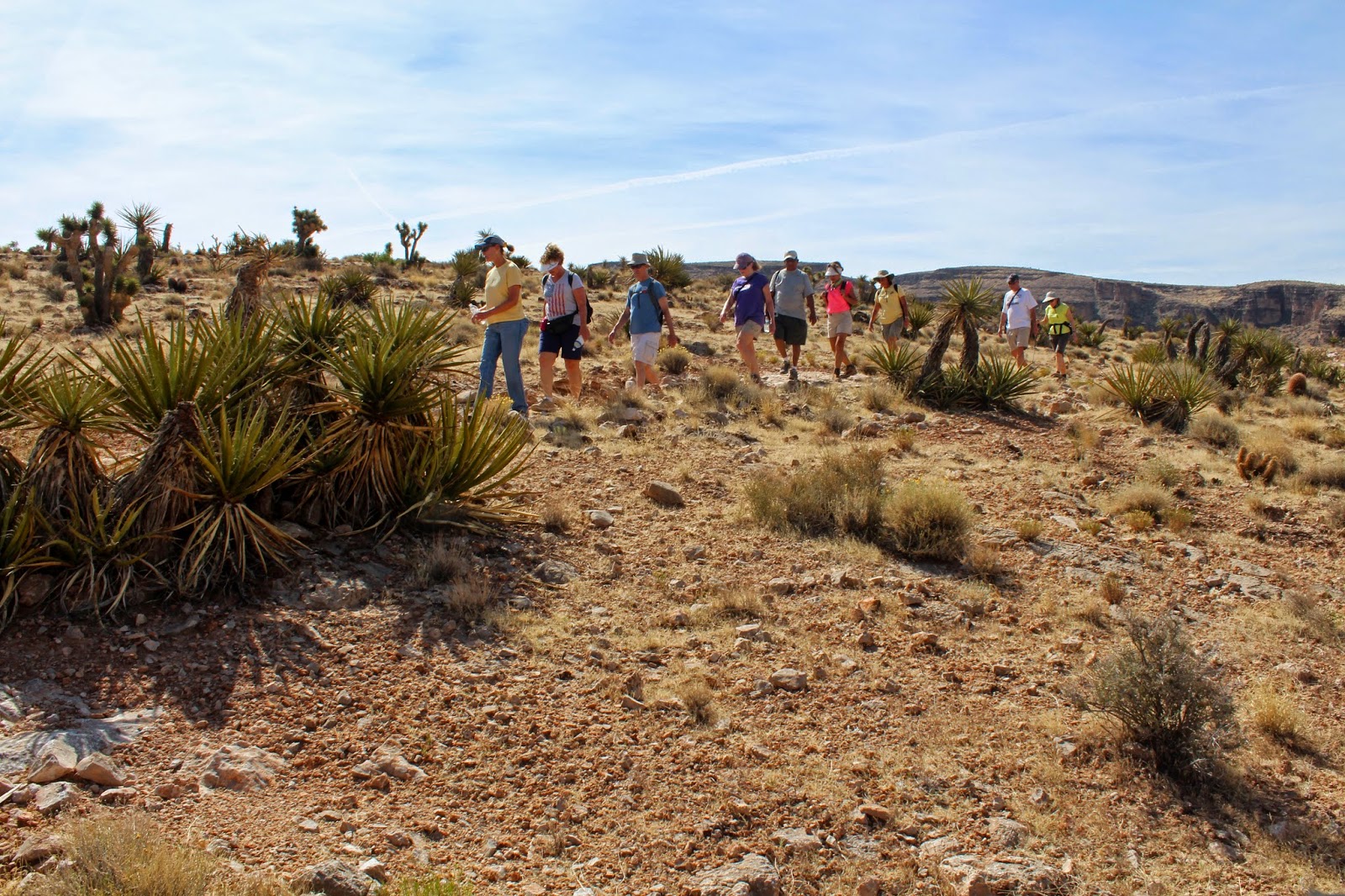 Once we were on top of the hill, we found the trail and followed it to the other end of the ridge for an expansive view. The trail took us down on the west side of the peak then we followed a trail in the gravel wash around the hill. This led us to a trail in the dirt through an area filled with somewhat heavy foliage. It was nice to see this area full of large creosote and mesquite. The horse trails that we followed were very clear and well trod.

Next, we hiked up a wash trail that led along the base of the Muffins mountain. Finally, we found a little shade to squeeze into for a snack break. 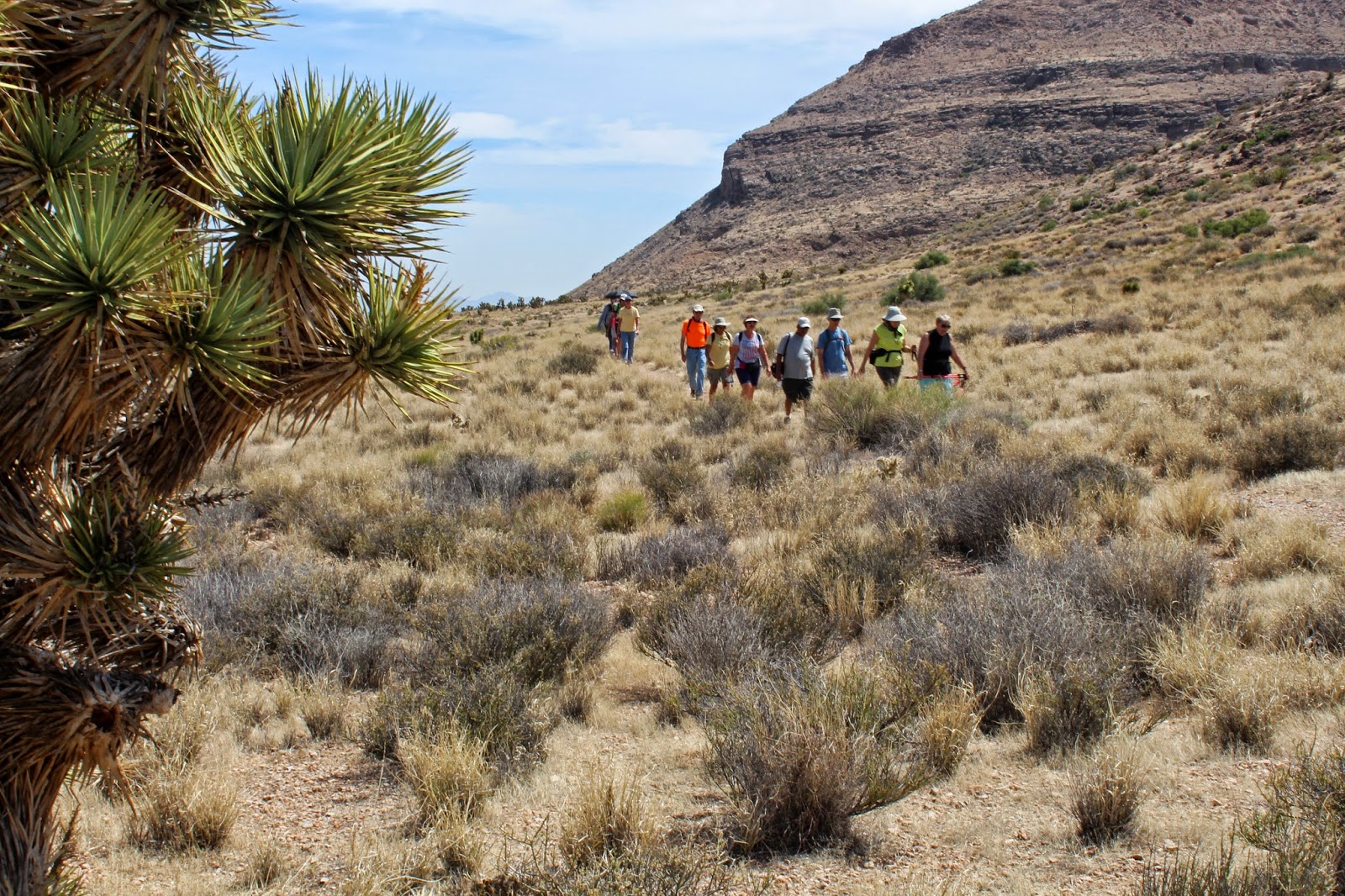 After the break, we junctioned with the Muffins / Skull Canyon trail and continued around the base of Boneshaker Hill. Instead of taking the familiar straight route back to the cars, we opted to take the small trail further ahead that led to the upper horse stable connector trail. This will be a very nice hike in the winter or fall. Today, it was a teeny bit hot! 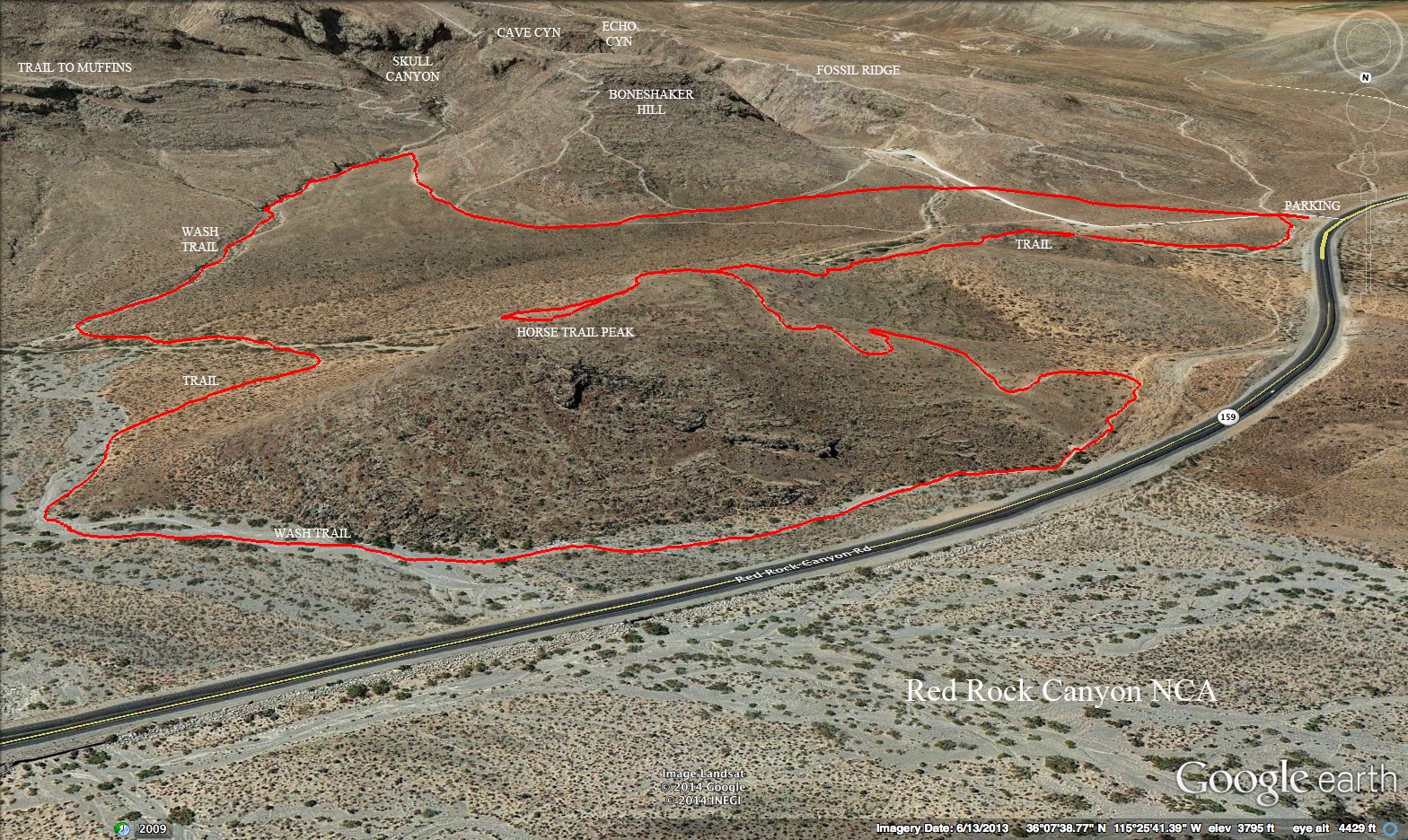