Last Tuesday, the Super Hikers decided to attempt a Mummy's Toe summit. It is still a little early in the season for those higher elevations and this was made clear when the group of twelve hikers arrived from the North Loop climb at Mummy Springs. To get to Mummy's Toe, Mummy Springs comes first. The trail was snow covered and impassable. All was not lost as a substitute hike to Fletcher Peak ensued. There was no snow cover on the way to this smaller peak, although as the group hiked, it was snowing and giving Fletcher Peak a light dusting. It was also reported that the temperatures were near freezing! With the backtracking included, the hike was 8 miles.

NOTE: There is bike lane construction going on on Kyle Canyon Hwy. Unfortunately, approximately 5 miles of road is blocked for one way traffic with a pilot car. All summer, plan for your trip up Kyle Canyon to last around 15 minutes longer. 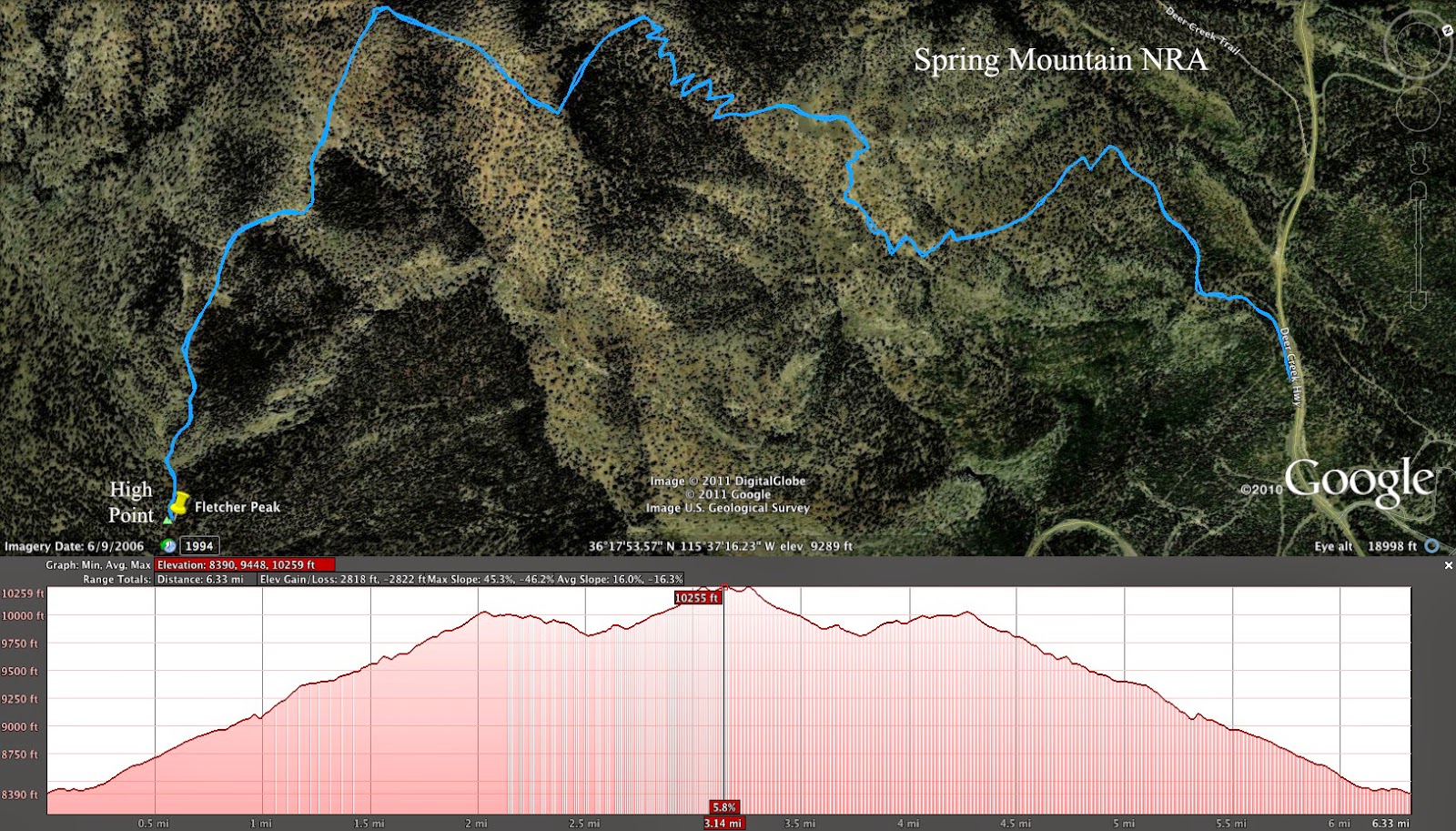 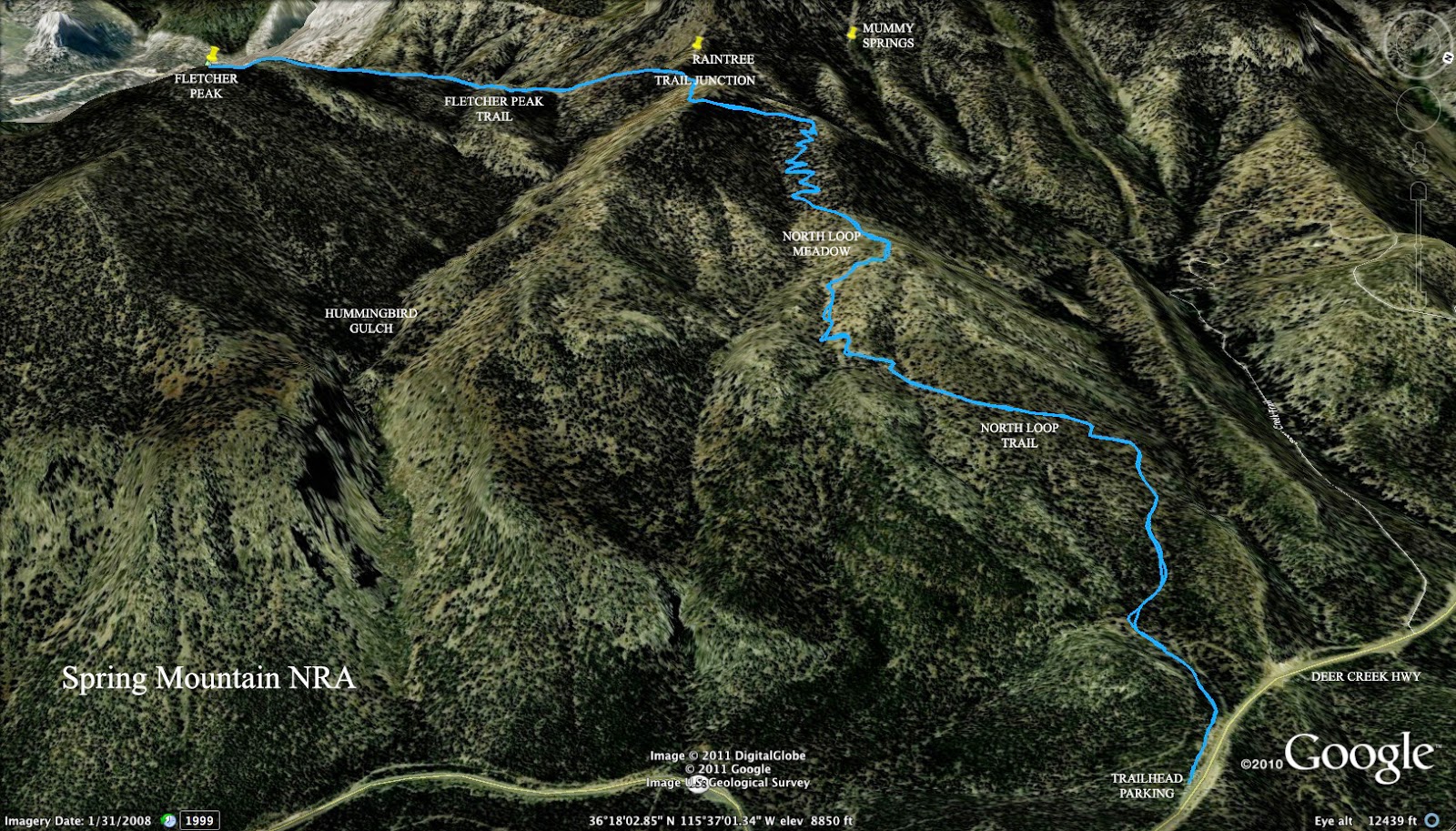