Six hikers did the North Bowl of Fire loop out at Lake Mead NRA on Saturday. Karl took these photos and Joan wrote a little about their fun time.

Six hardy ABF members took on the challenge of an 8-mile hike into the North Bowl of Fire.  The high for the day was predicted to be 55 degrees and it was colder than that when we started our hike at mile marker 20 on Northshore Road in the Lake Mead Recreation area.  There was still some dampness on theground but it made the hike along the ridges easier and not as slippery.  We negotiated our way over to the Little Grand Canyon entry into the North Bowl.  We noticed new water areas we had to negotiate ourway around as we went to the “rabbit hole.”  After the “rabbit hole”, we saw the “kissing aliens” and “skeletal fingers” before heading toward Raven’s Balcony for a snack break.  We then encountered our first major obstacle.  Where we usually walk through to climb a small dry fall was a large pool of water.  Half of the group took a small side canyon to the right and easily wound around to the wash leading up to Raven’s Balcony.  The others clung to the stone side walls and were successful in not falling in the water.  On our way up to Raven’s Balcony, we saw the “King Kong” and “Scotty” rock features.  (See Raven’s Balcony pictures)  After a snack break, we continued our loop through the North Bowl of Fire andencountered a number of water ponds blocking our usual hike route that we had to negotiate.  The final challenge was when we had to climb a rock wall to get out of the bowl due to wetness.   We encountered a short, light period of rain and a few hikers stopped to put on rain jackets.  As we hiked on to mile marker 18, Karl turned around and noticed a rainbow.  The rain had stopped and we all paused to take pictures.  It seemed to fade quickly but before we could put our cameras away, it became very bright.  Then it became a double rainbow.  Then the sun shined on one end of it as it went to the ground and someone exclaimed it looked like it was showing you the pot of gold at the end of the rainbow as the gold streams went to the ground (See rainbow pictures).  What a beautiful way to end a hike. ~ Joan 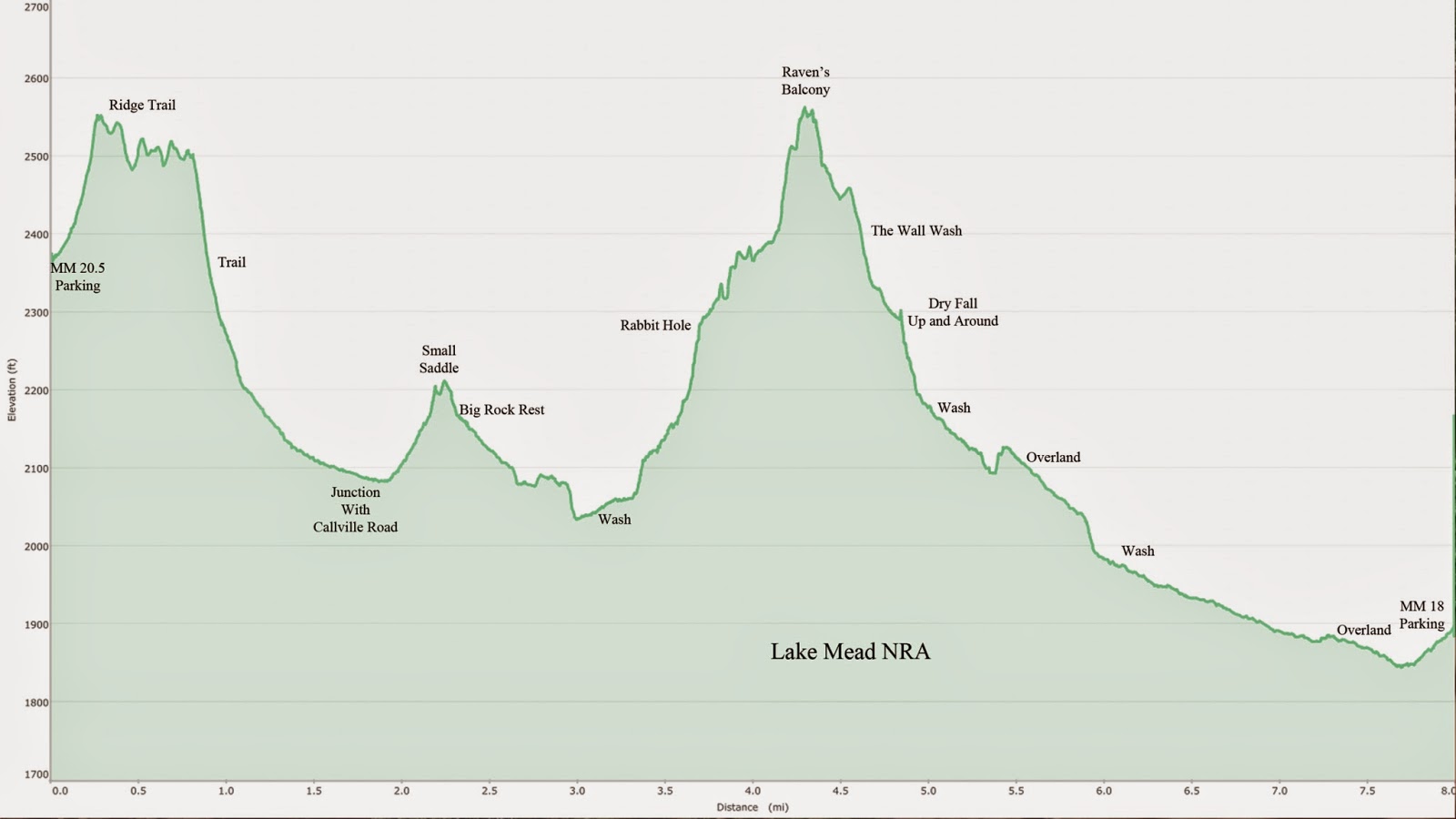 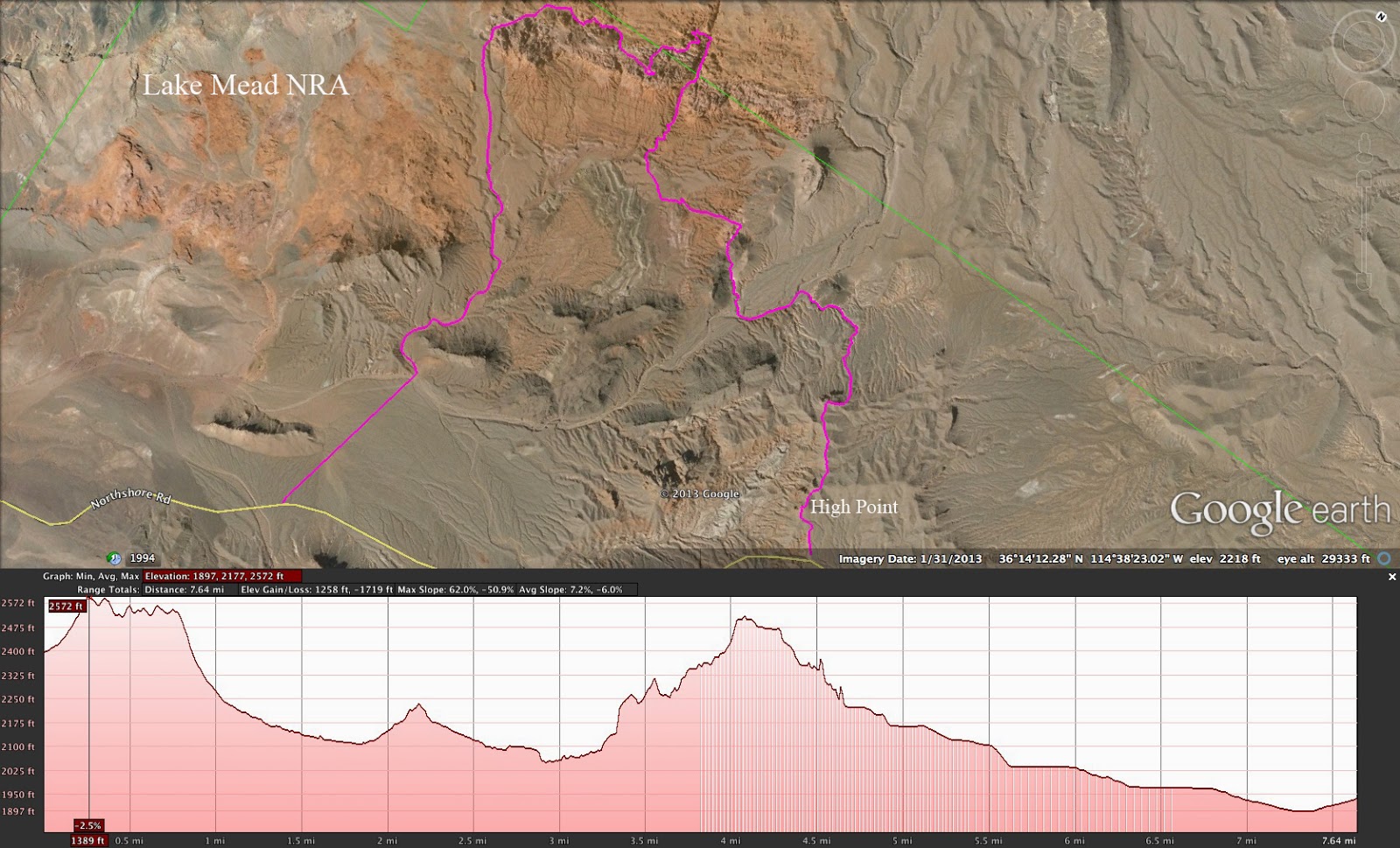 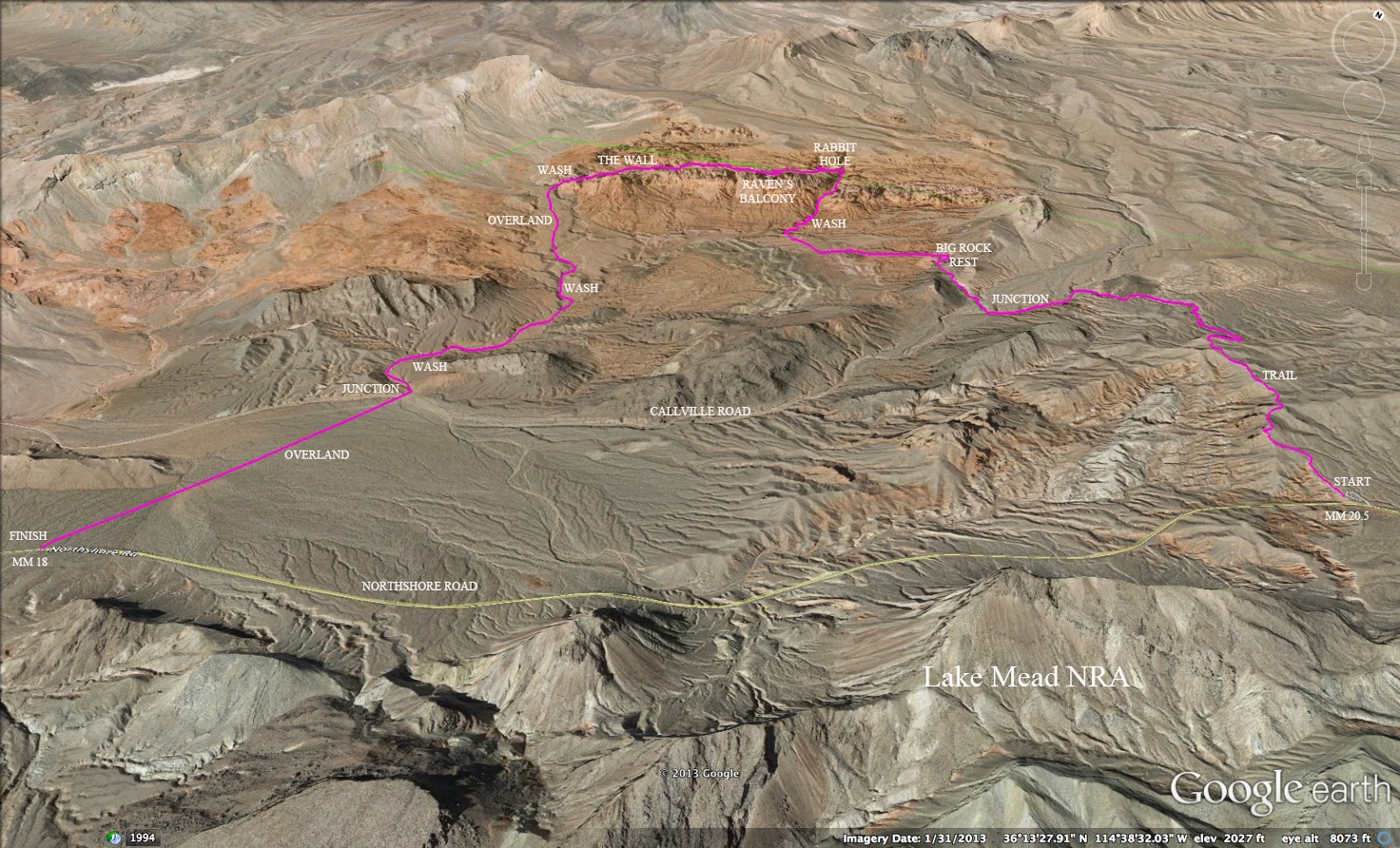 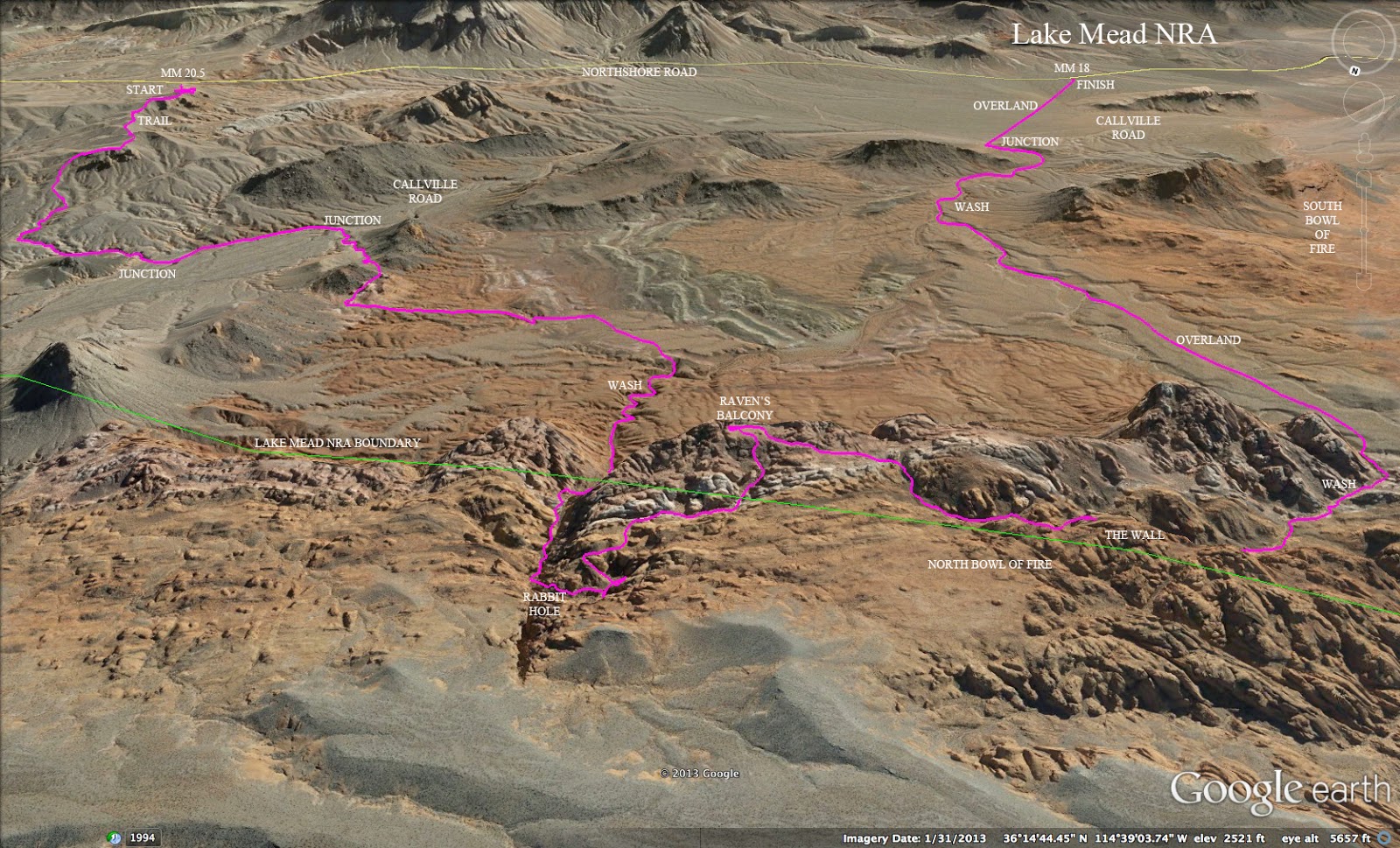 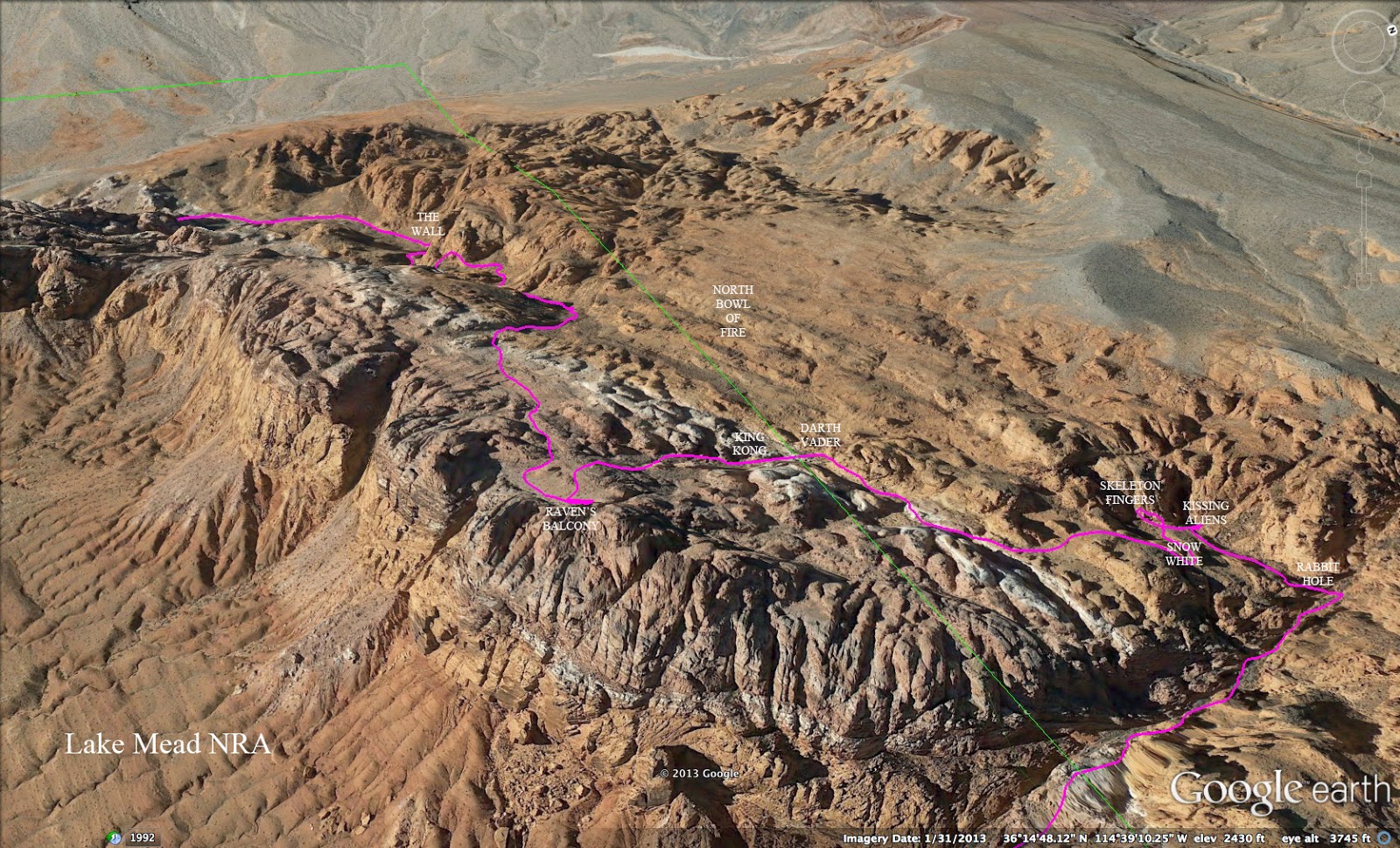 Posted by Las Vegas Cockapoo at 9:40 AM