In the Lake Mead NRA, red rock tends to be referred to as redstone. There is one particular area off of Northshore Road around the 25 through 28 mile marker that holds a large area of redstone on the lake side of the highway. Within this area, there are several petroglyph panels and many arches and windows. It is also home to bighorn sheep, coyotes, rodents and various predatory birds. For our hike into the redstone, today, thirteen hikers began at the 25.5 mile marker pull out.

We hiked up a wash and soon came to our first point of interest, a large grouping of petrified wood. We hiked on up the wash and saw Eagle Rock off to our left. We made our way over to the rock formation and climbed up to the shelf above. It was clear that the bighorns stabled here quite often. They probably feel safe up here on the rocks where they can see for great distances in many directions.

The route then led us over a plateau and into a larger grouping of redstone. The next point of interest was the Brain Coral Arch. There is a photo further down in this entry. There were many arches, windows and mini-caves everywhere. It was fun to do the easy scrambling that this hike offers. We also went through at least three different slots, the last one being the most narrow. 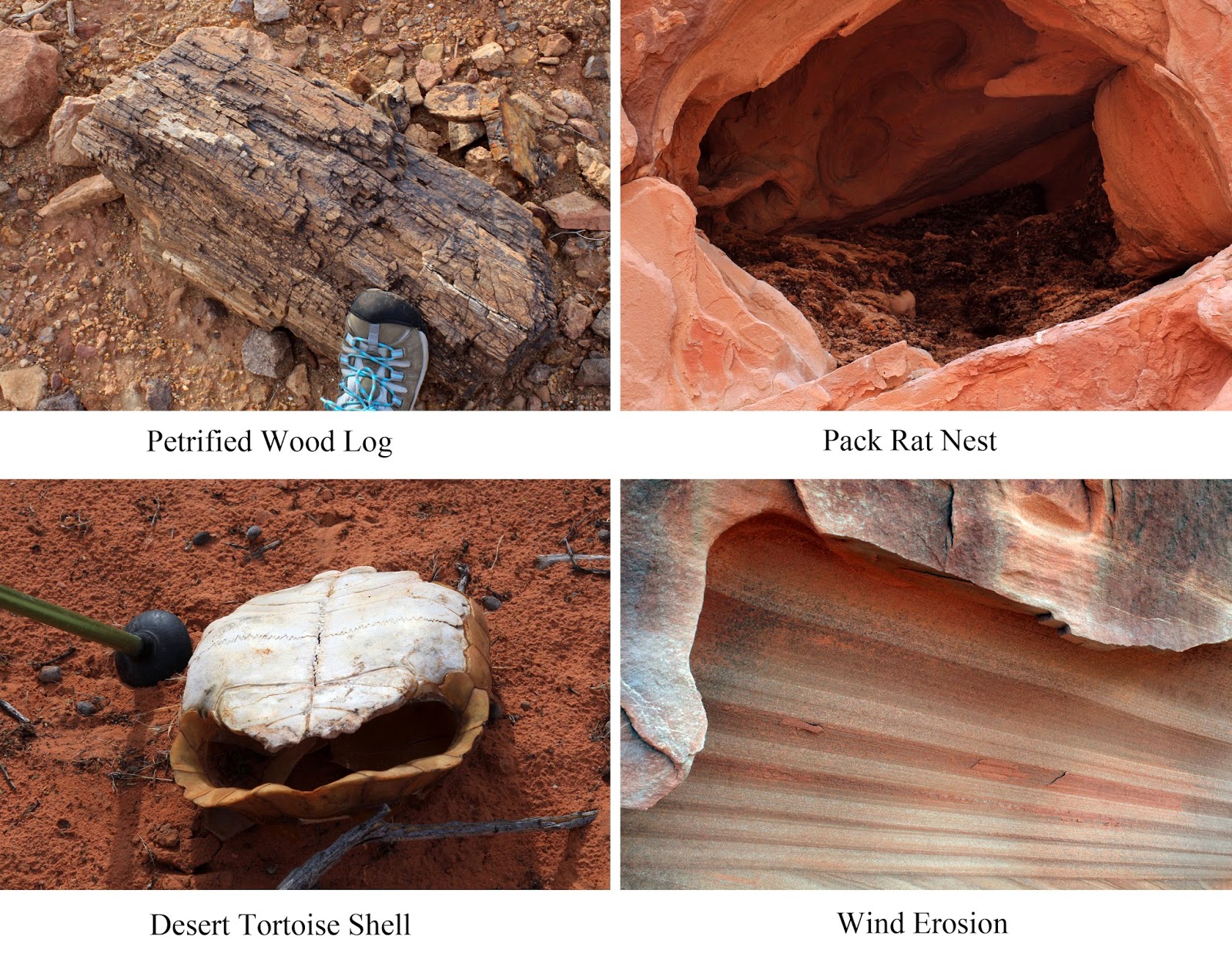 Other points of interest that we passed by during the hike included a broken and empty desert tortoise shell and a pack rat nest that was full of ... well, pack rat stuff. We also passed by a marked archeological site where the early natives sat and sharpened blades and arrowheads. Pieces of the blades have been found here.

Next, we made our way down into the area where there are several very nice petroglyph panels. Who knows what they mean but it gave us a somewhat reverent feeling as we sat among the drawings. Petroglyph sites are spiritual and sacred to native Americans. It is important to respect their ancestral remembrances. Even touching the markings will do them harm.

After our break, we hiked up through that very narrow slot and on up to another plateau. From there, we dropped down into a wash that holds a few more petroglyph sites. For the most part, these panels held drawings of bighorns and men or squiggly lines, etc. But, in one panel of the wash, there is a pi symbol. Anyway, we continued dropping down through the scrambling wash then climbed out to our right onto the last plateau.

As we climbed out of the wash, we passed "the bookends," a pair of rocks that have been sliced vertically as seen to the left. We hiked on down the desert ridge until we could see the road and the wash that we needed to be in to get to our cars. It was a fine Chuck and Joan type morning! 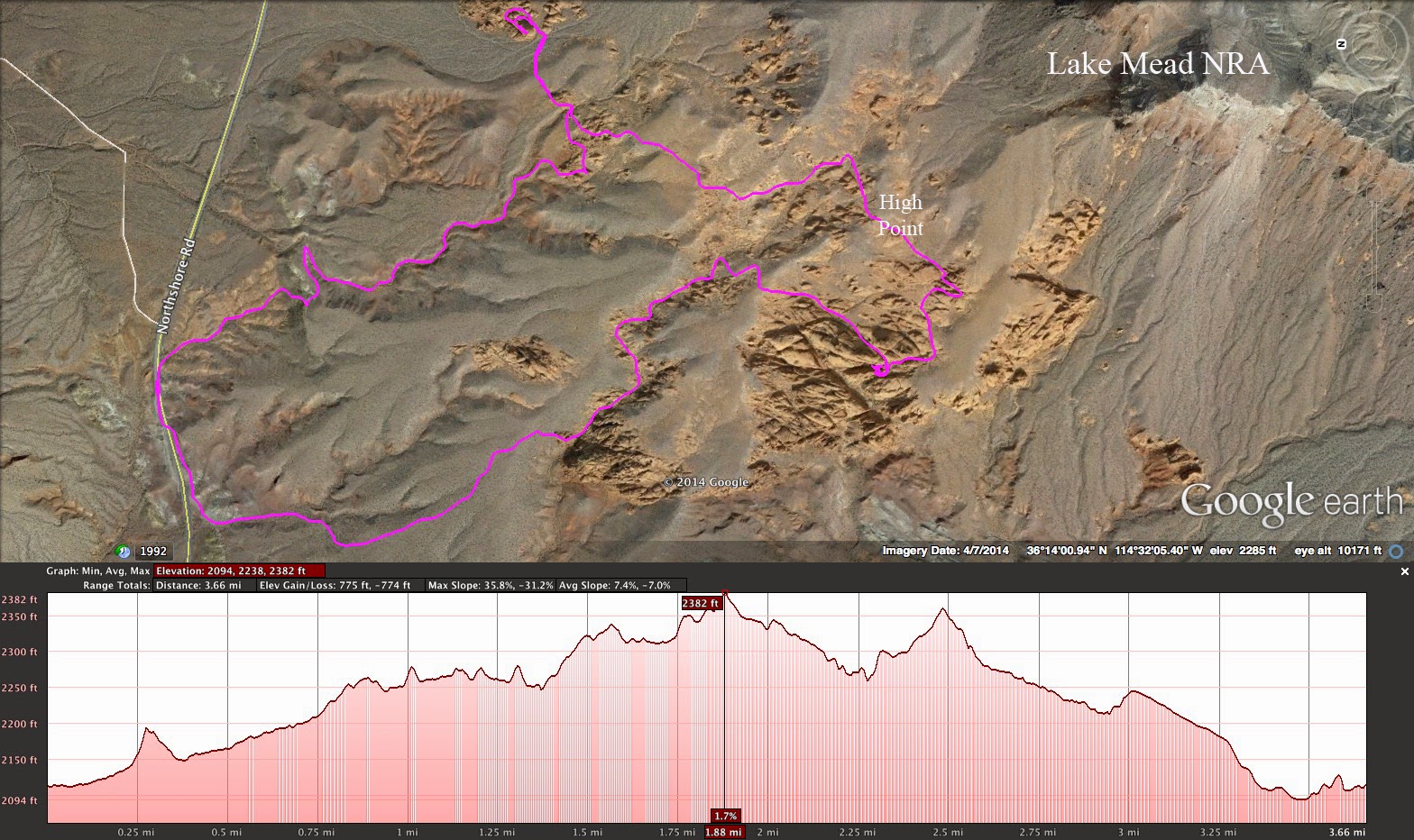 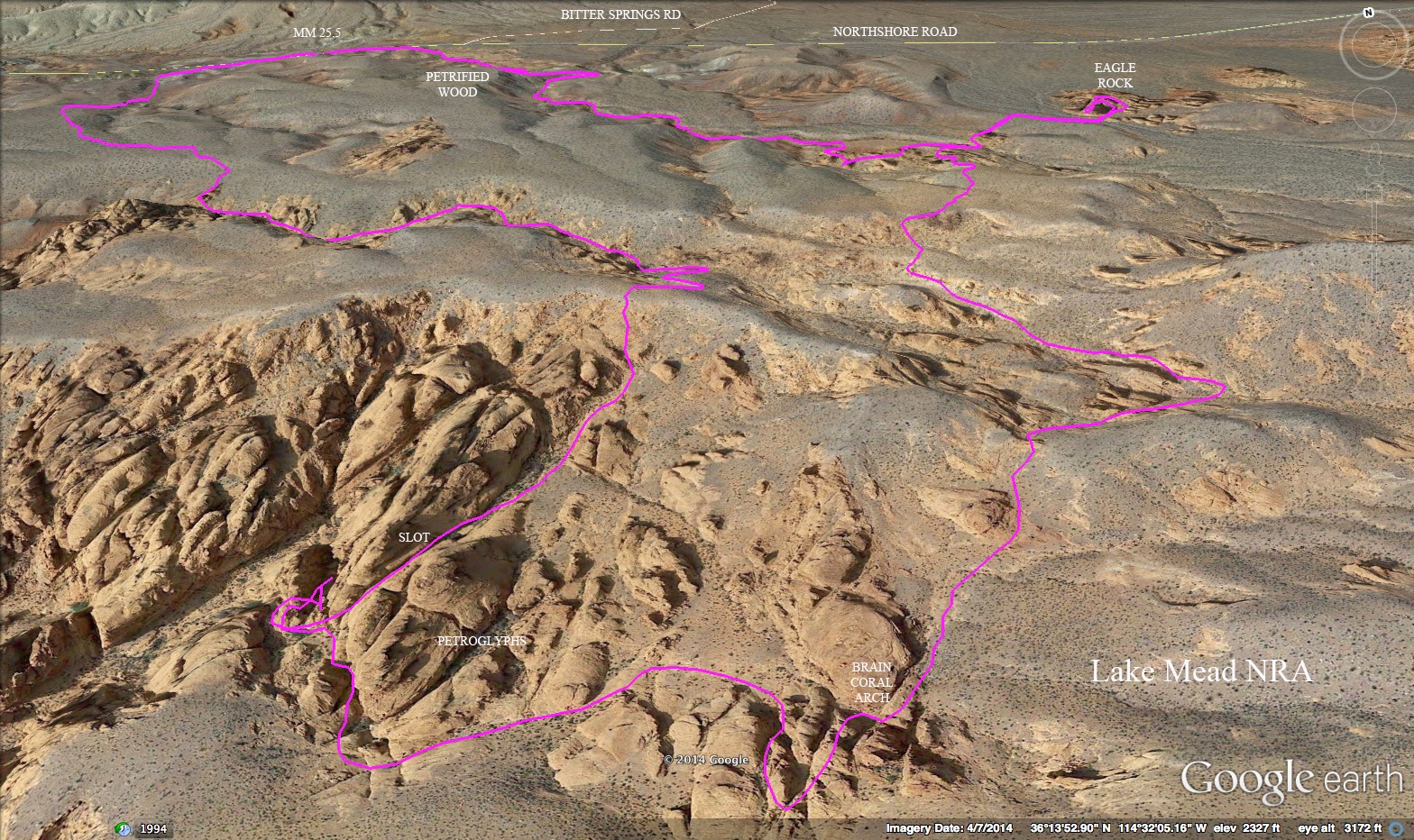 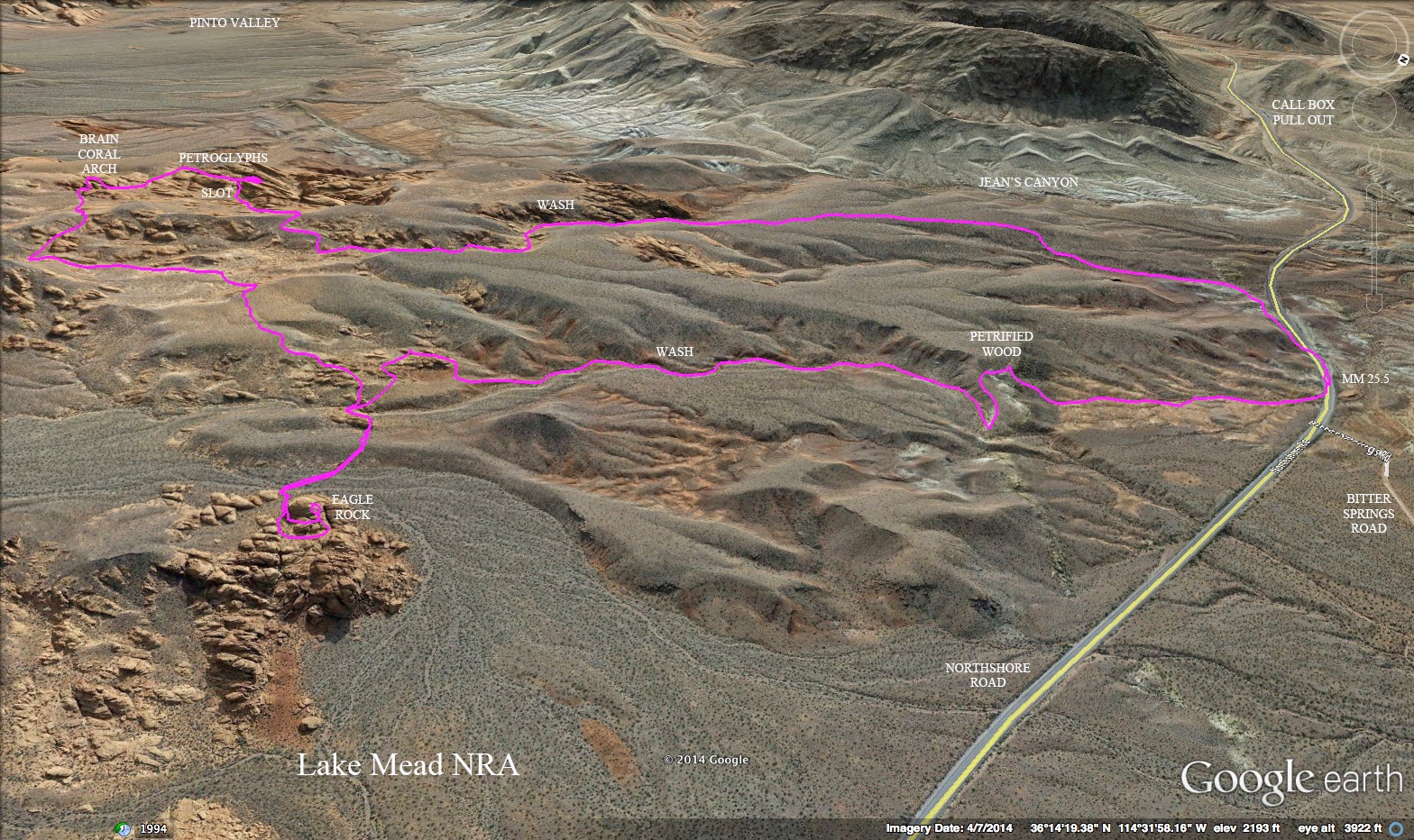