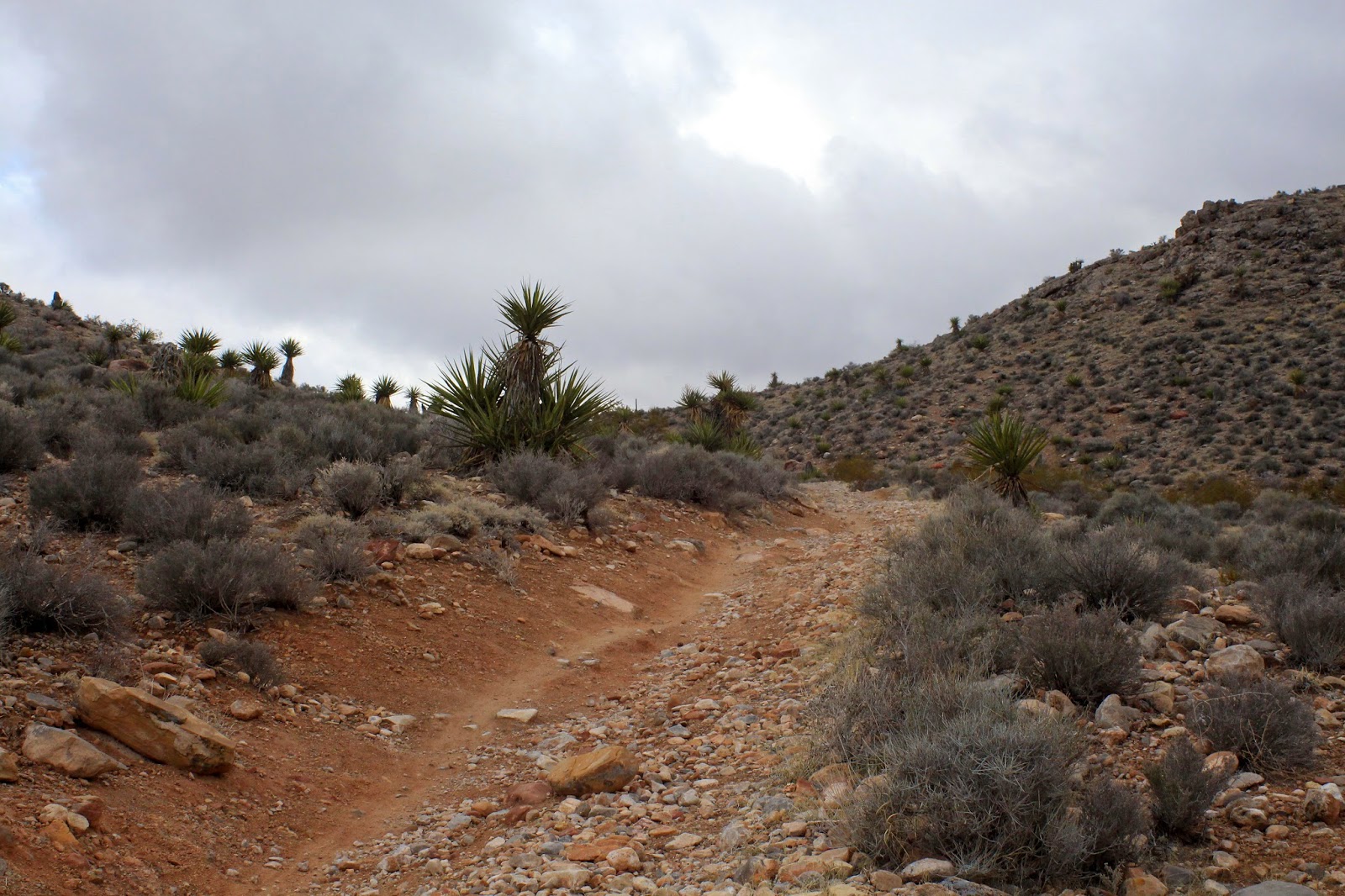 The rain cleared out mid-morning and left behind a huge blanket of fog and clouds in the Red Rock Canyon vicinity. Two hikers decided to take a stroll in the hills behind the Blue Diamond, NV community on the bike trails. Kay and Janet parked at the upper trailhead parking in Blue Diamond and started down the trail. Note: The community has blocked off much of the space for parking here. There are no signs but be advised that if you can park at any of the other trailheads, it is best to do so. 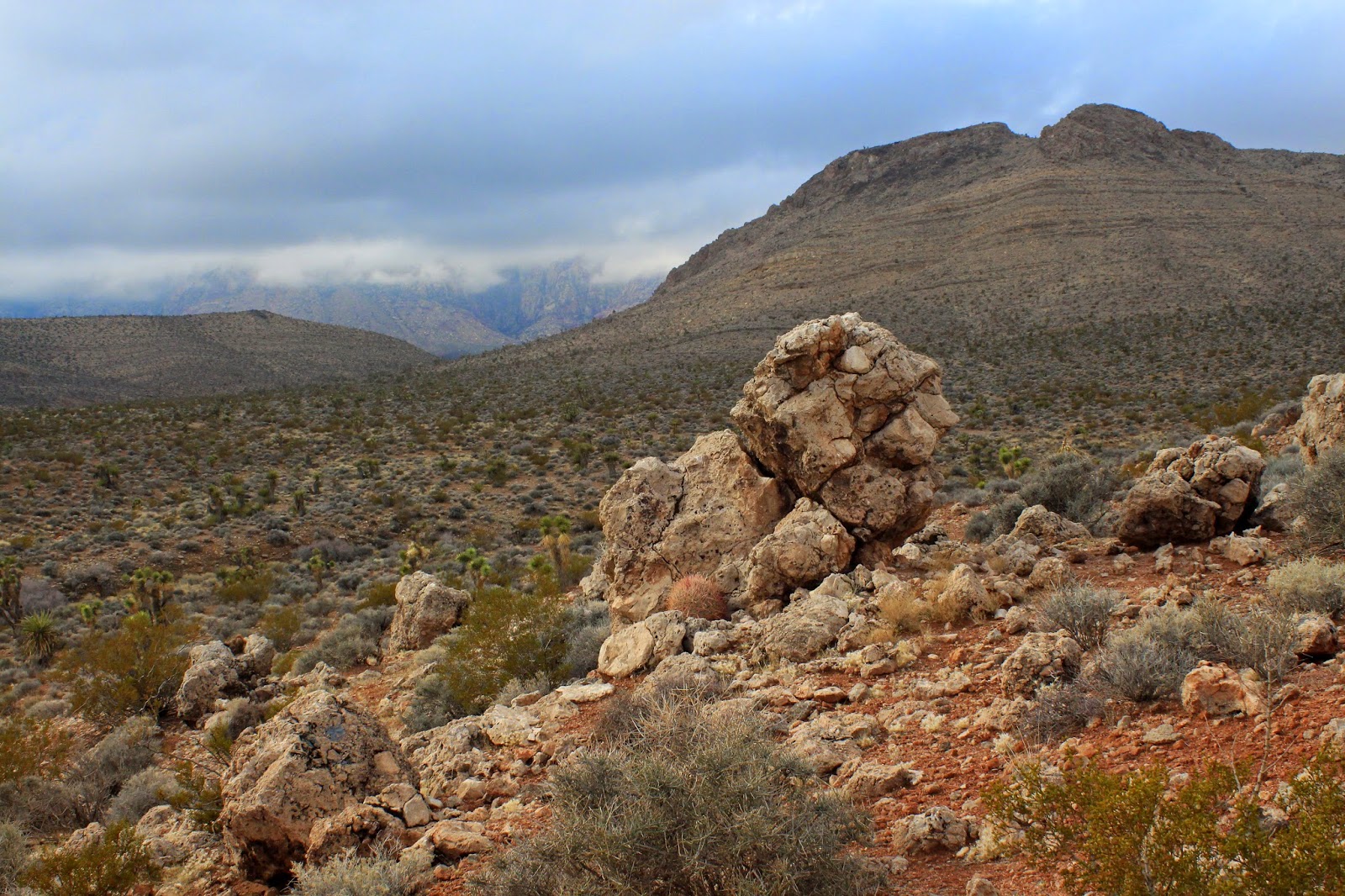 The weather was not stopping the many hikers and bikers of Las Vegas. The scenic loop was closed for a short time this afternoon yet there were many cars parked at First Creek. We passed several bikers on our trail going out. A brief visit of the Spanish Trail marker and we were on our way around the corner where we saw where Mt. Potosi's summit was supposed to be! The fog hung low on the peak and the whole of the Red Rock escarpment.

We climbed the hill up to the tertiary ridge. The large views around us were interesting. It isn't often that Red Rock Canyon is covered with fog and low hanging clouds. The sun broke through once in a while as we hiked. 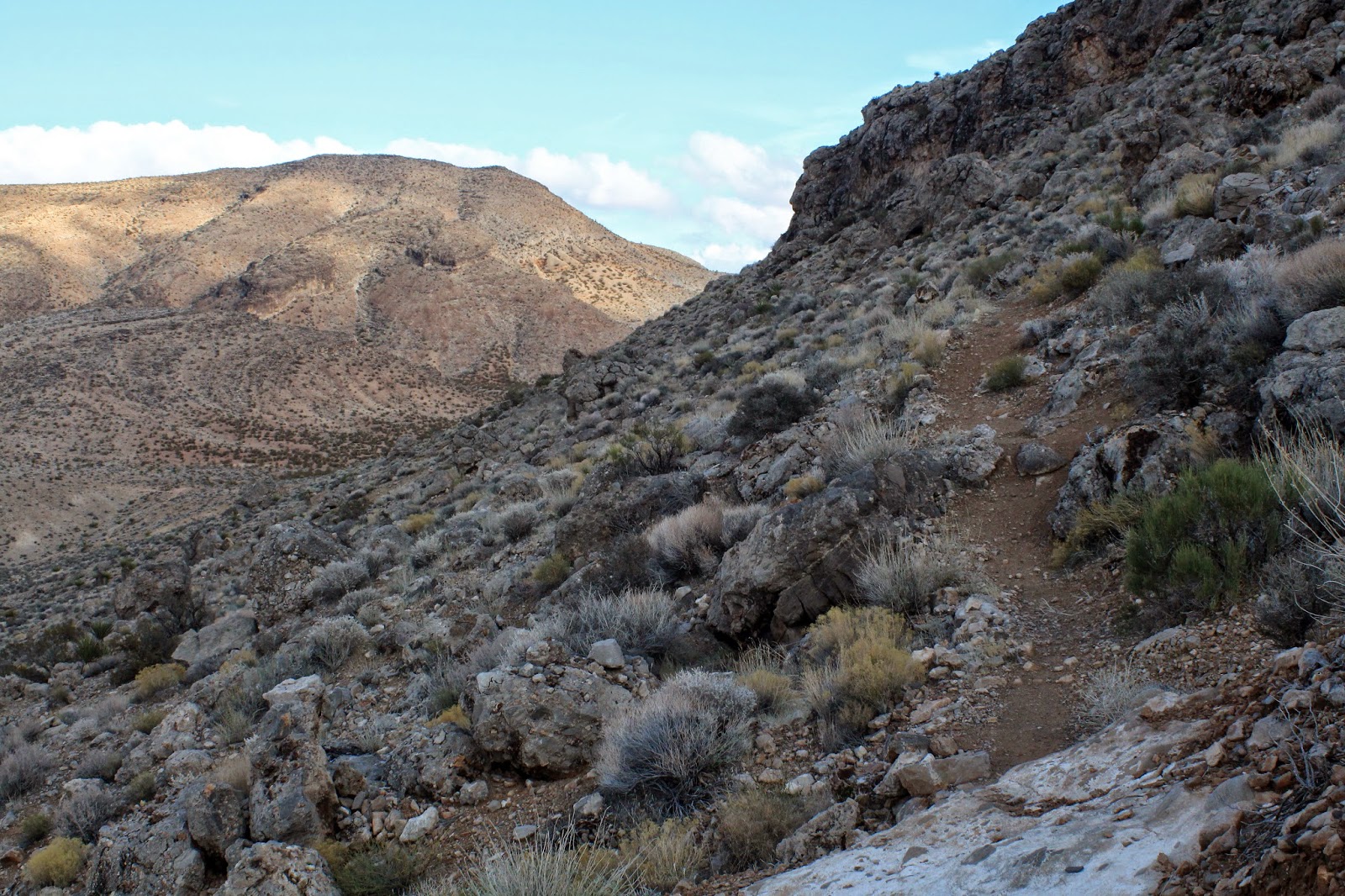 When we reached the sandstone rocks that are usually used for a break spot, we began searching for a trail that appears on the satellite map that leads down to the Landmine Loop. It isn't obvious so we decided to hike out a ridge that juts out from our location to see if we could see it from there. We could not but it was decided that this is a great small excursion and could be used for a new break spot. 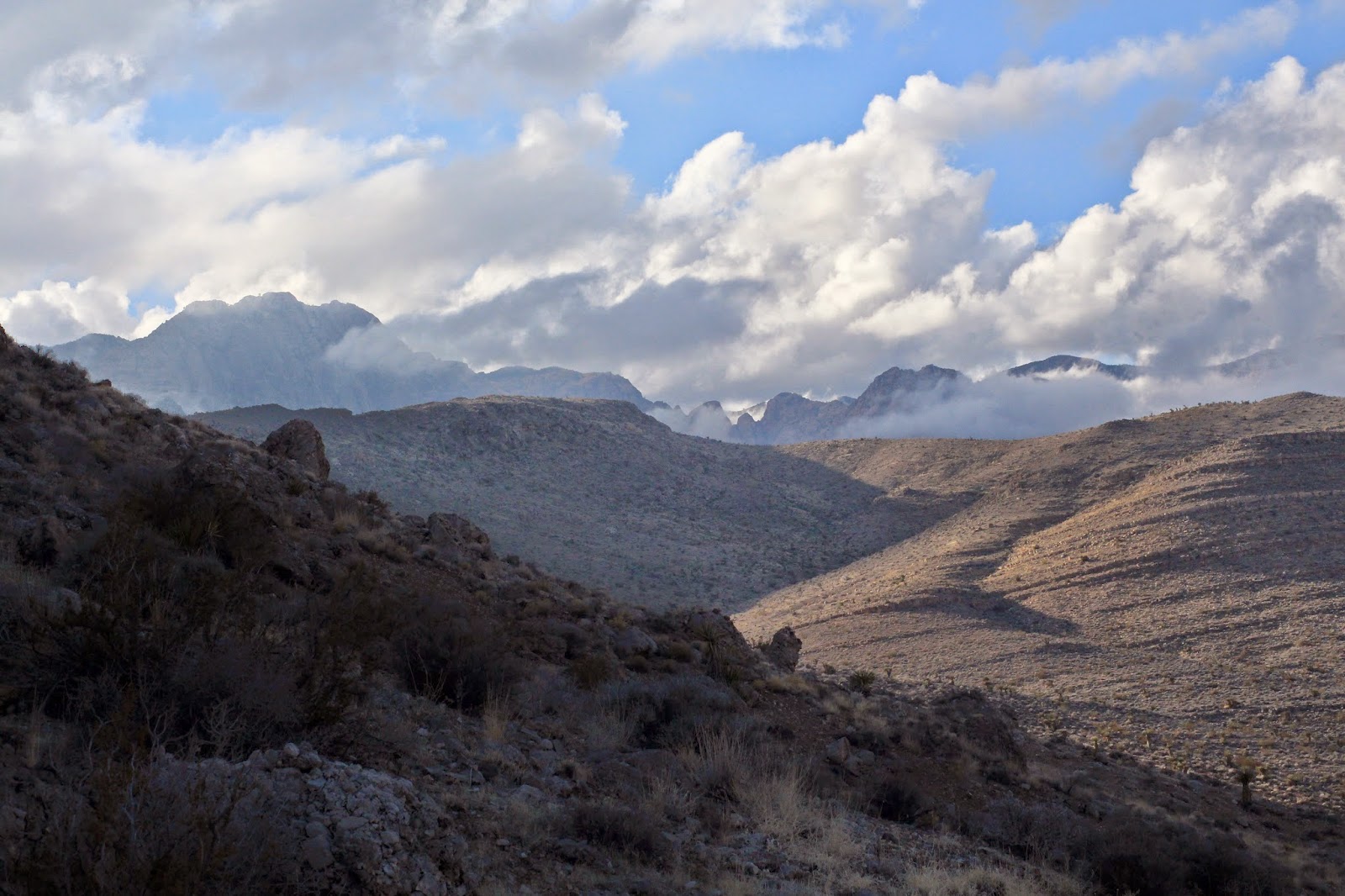 We returned to our trail and descended down to the south trail that runs along halfway down the tertiary ridge. At the end of the ridge, we dropped down to the Spanish Trail marker area and turned left. This trail took us back to the cars. Beautiful day. 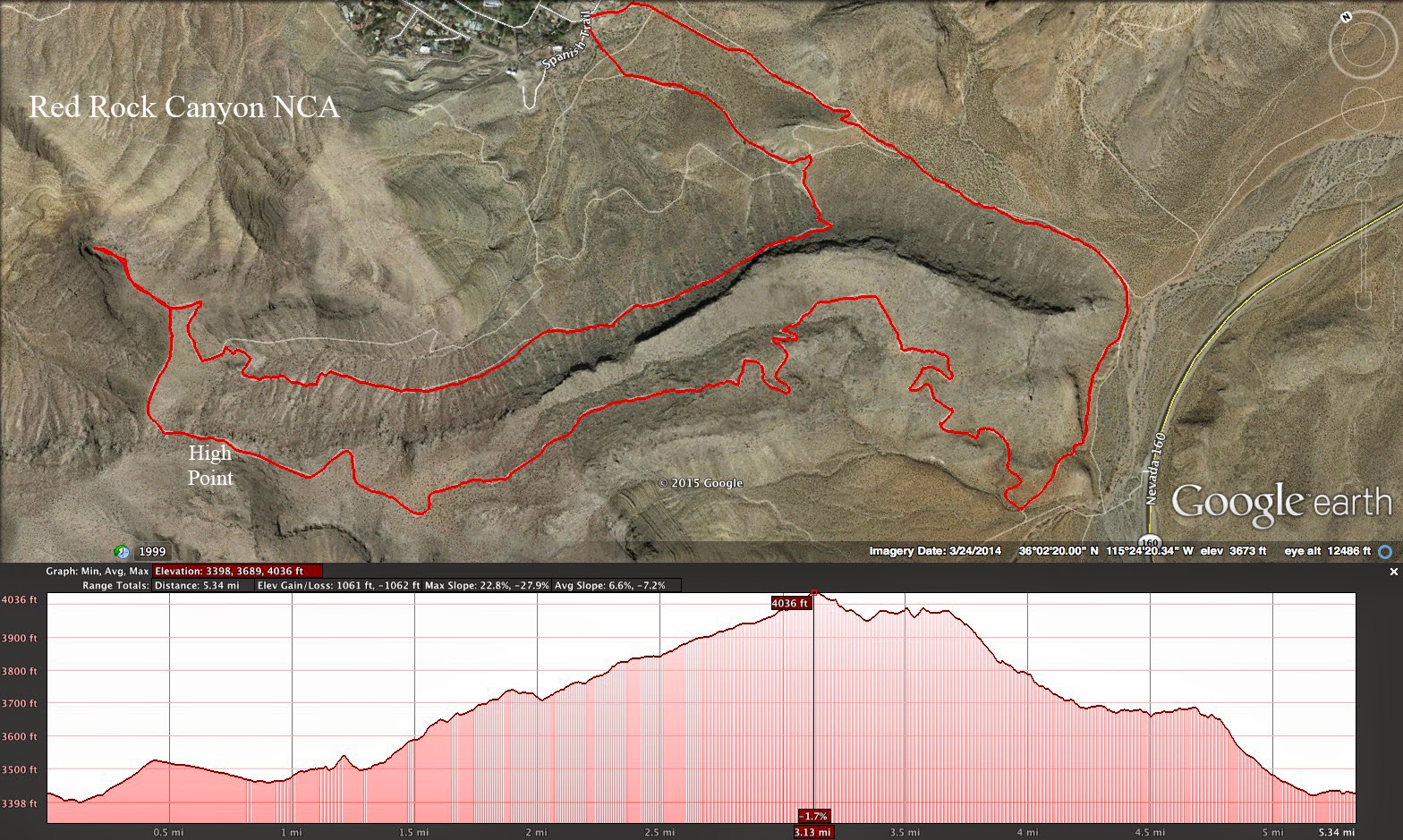 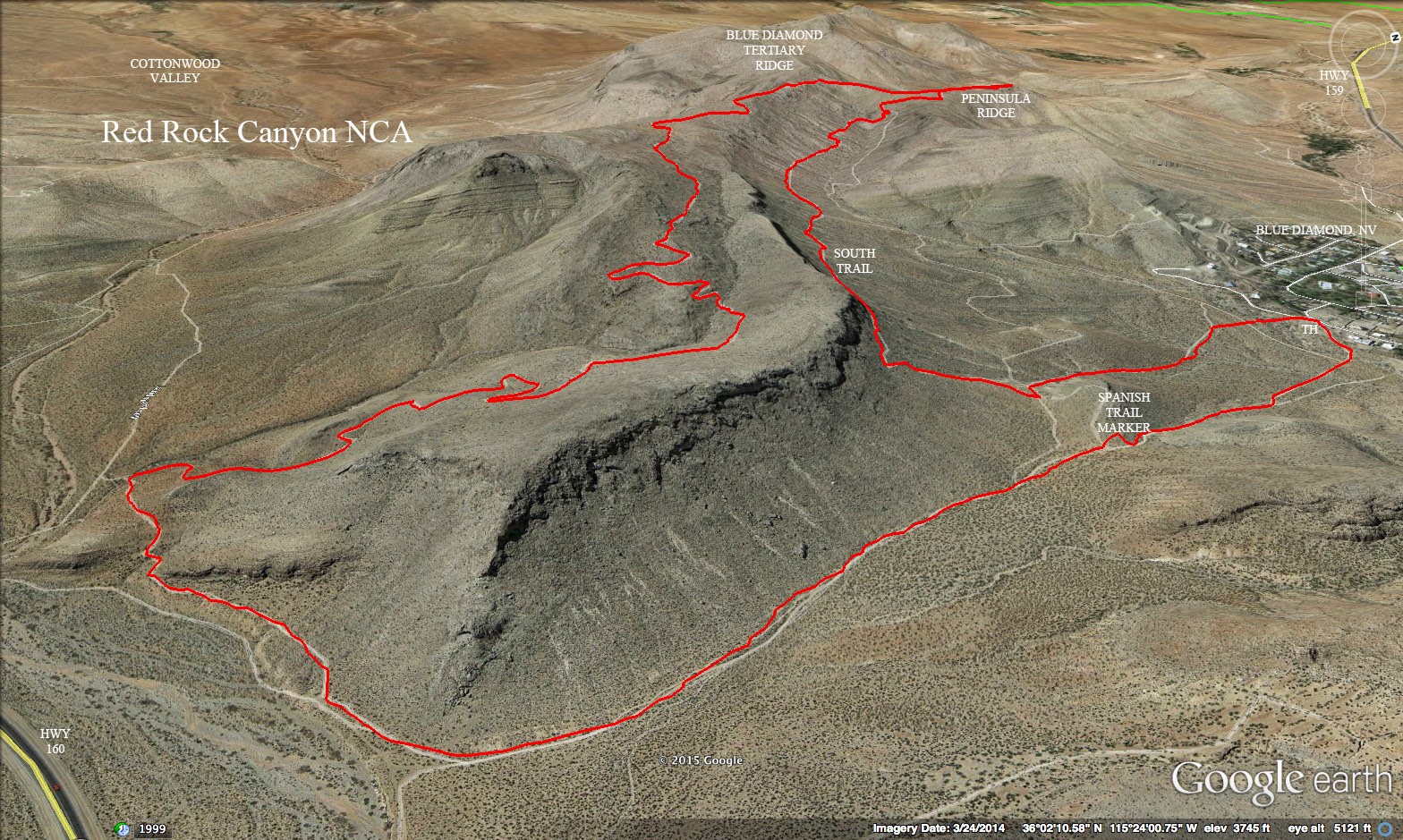 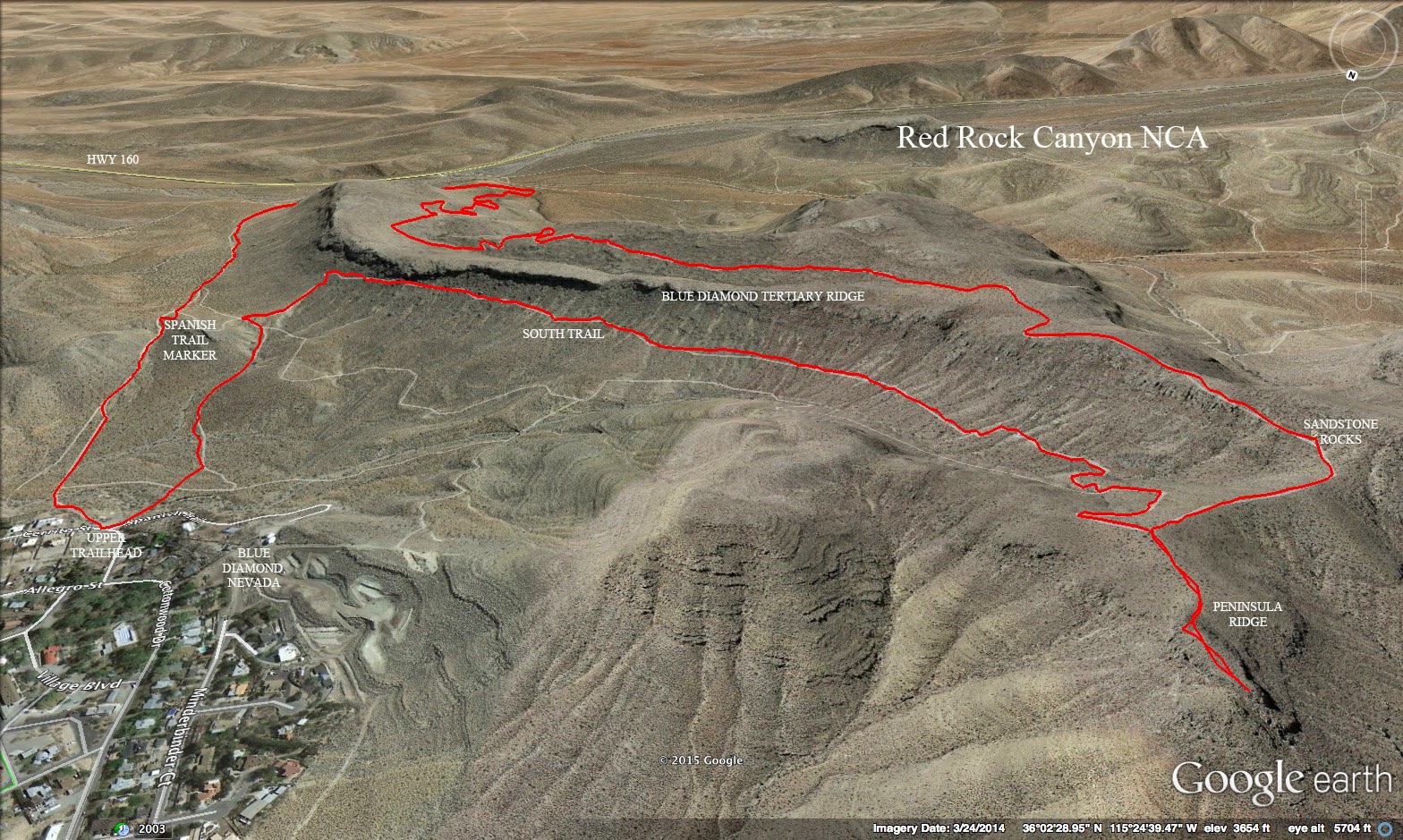