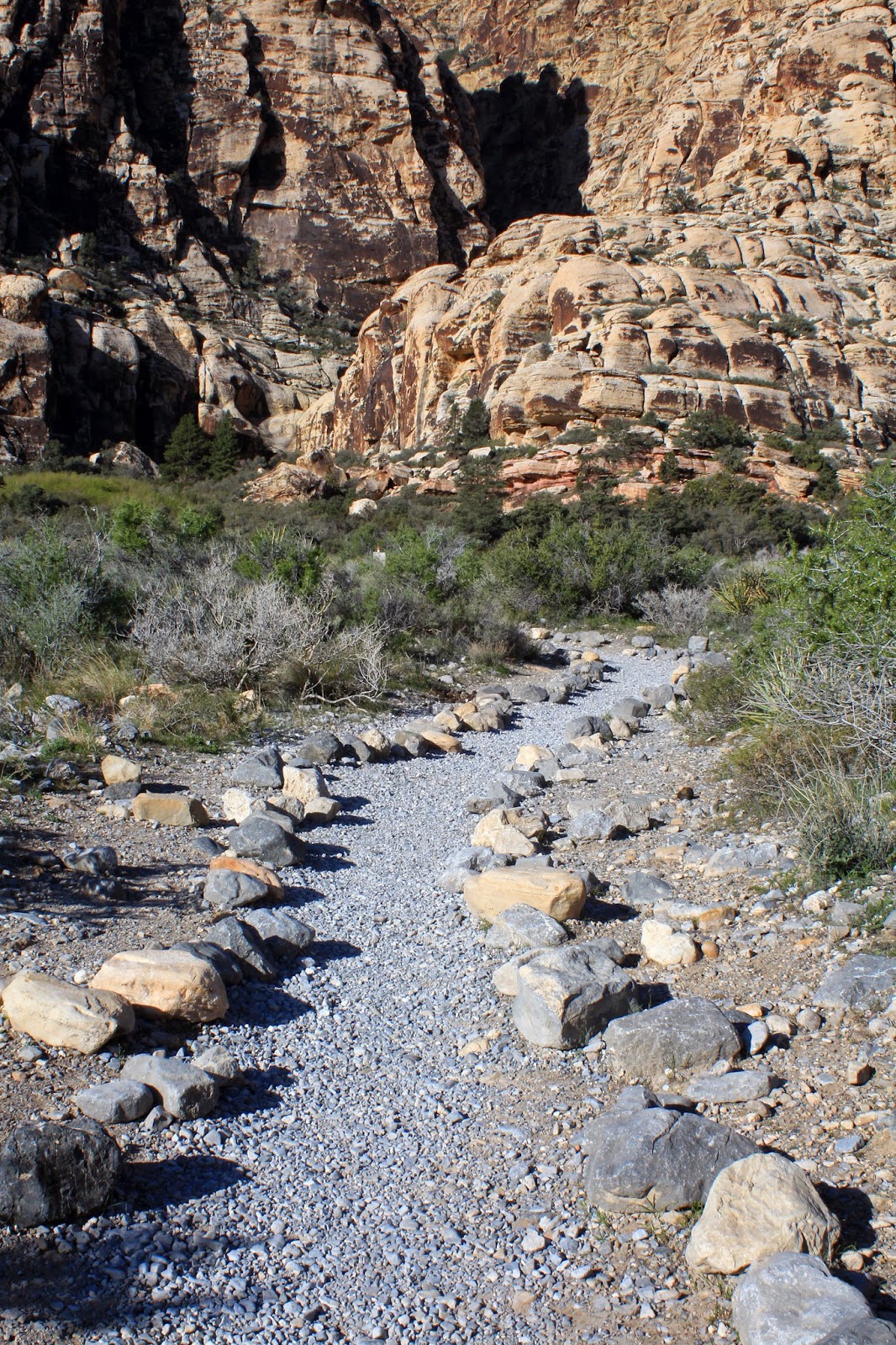 The word was out! There's lots of water in Ice Box Canyon and the waterfall is flowing! So, eighteen enthusiastic club hikers showed up for an out and back hike that included the SMYC Trail. The hike was short on distance but long on fun!

We started at the Lost Creek Trailhead found on the left side of the Willow Springs road turn off from the Red Rock Canyon NCA scenic loop. This is also the trailhead for the Children's Discovery Trail. The SMYC Trail quickly turns off to the left after starting down from the parking lot. The route is clearly marked as the trail makes its way across the wide Red Rock Wash (try to say that 3 times fast), as seen in the photo to the left. The pace soon picked up but there were several stops along the way for people to catch up.

We had a strong group of hikers, today, and the quicker pace was appropriate. 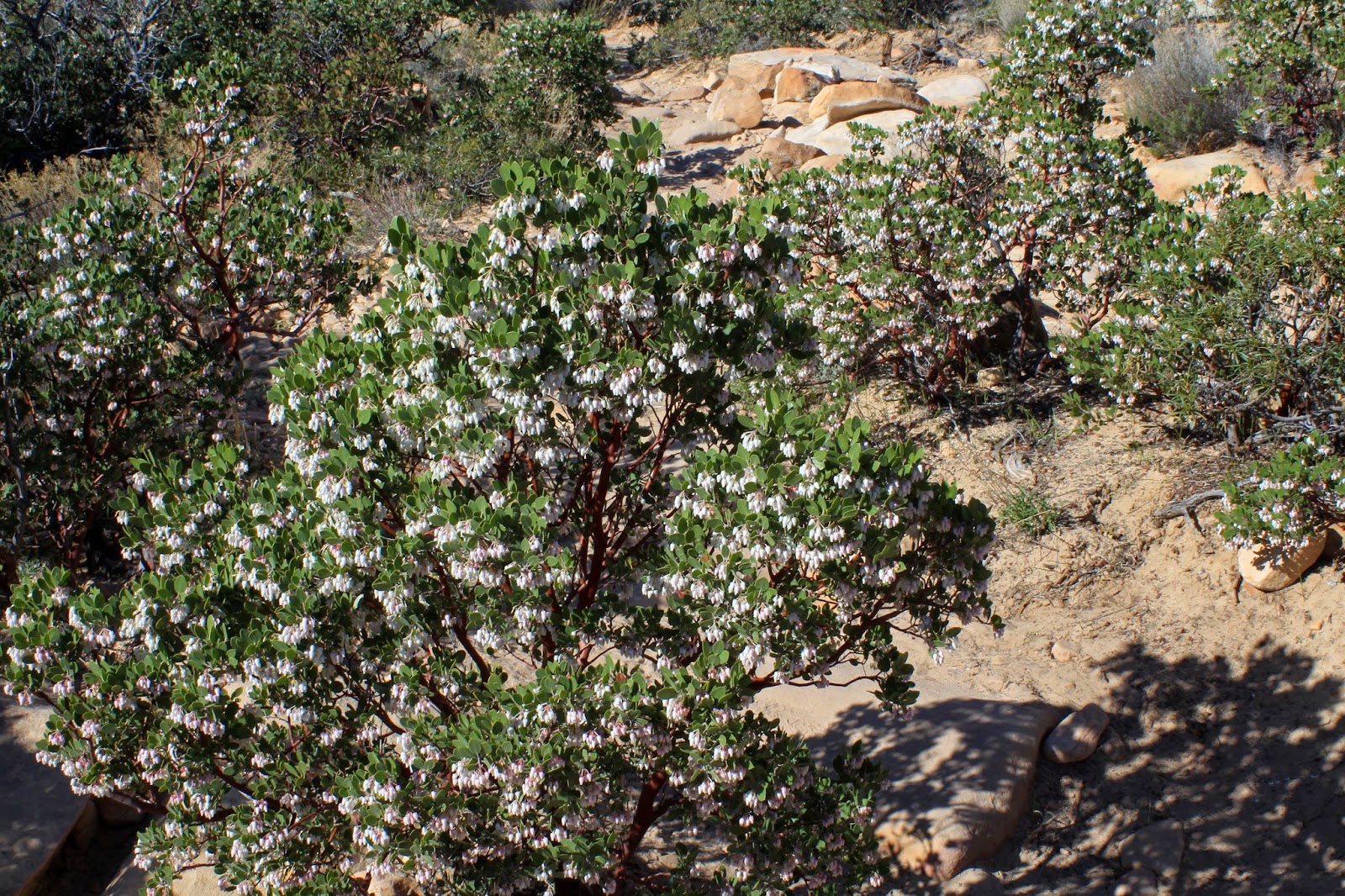 The group made easy work of the one mile of good trail. Wilderness volunteers have recently blocked some of the social trails that lead up into Ice Box Canyon so we happily hiked all the way to the main trail before turning up into the canyon. Following the main trail, we noted that many of the manzanitas are blooming here. Not all of the superfluous trails are blocked but the main trail seemed to be the widest of them all until the end when it, too, narrowed quite a bit.

We could hear the water flowing down to our left before we could see it. When the trail finally petered out, we dropped steeply down to the wash and began our boulder scramble. (Note: Make sure you recognize this junction for the return.) 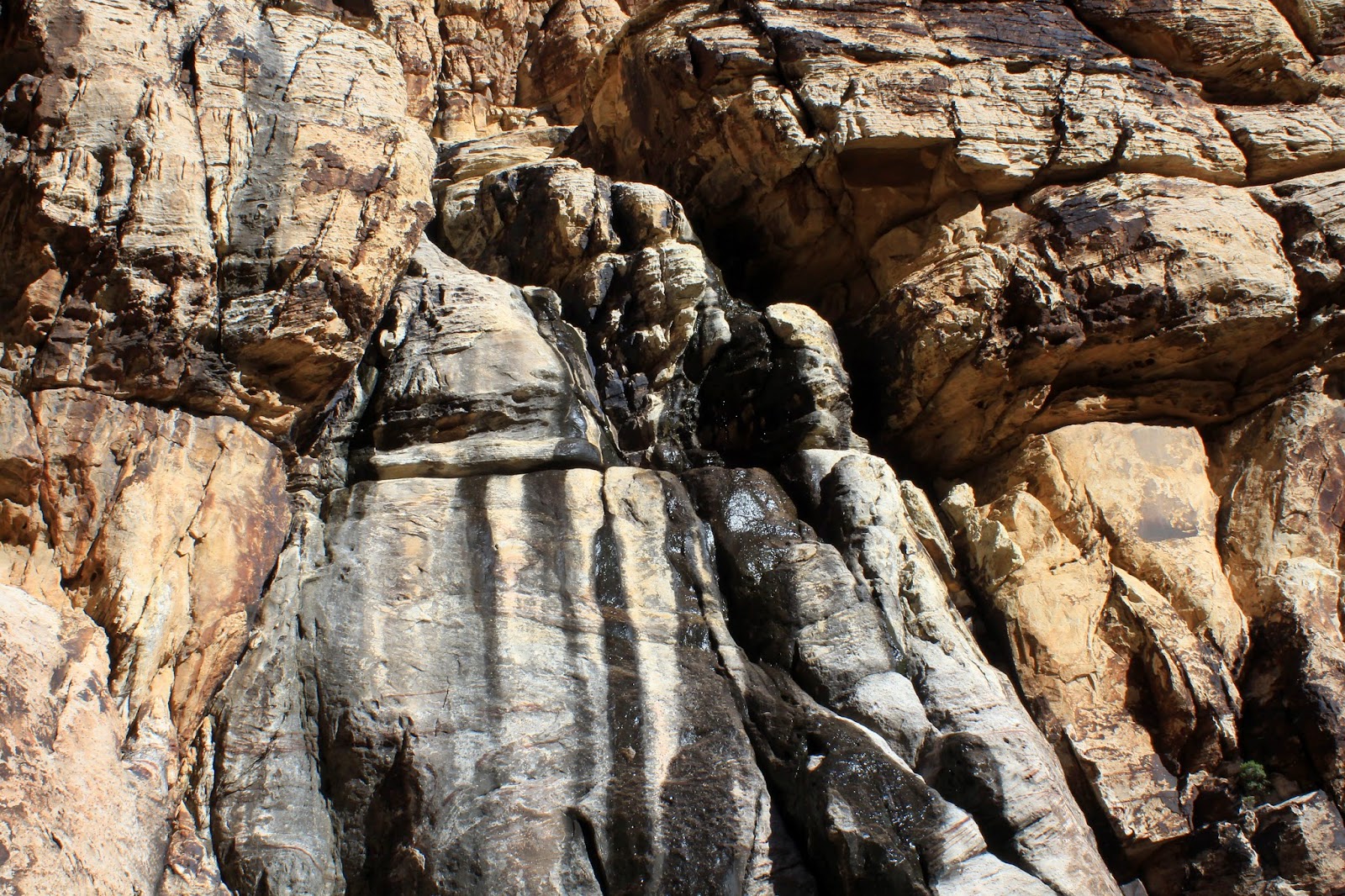 This was the point at which the eighteen hikers got separated. We were spread out from the drop to the waterfall at one point! Ice Box Canyon is "old hat" for some of the hikers but the newbies stuck close to "those in the know!" Nevertheless, the best route was each individual's best guess especially with the added water obstacle from start to finish. Shown in the photo to the left, we saw more than a trickle of water streaming down the north side of the canyon walls.

We stayed in the middle of the canyon as much as we could. We didn't want to go up on the higher trails and miss the excitement of the deeply flowing snow melt. 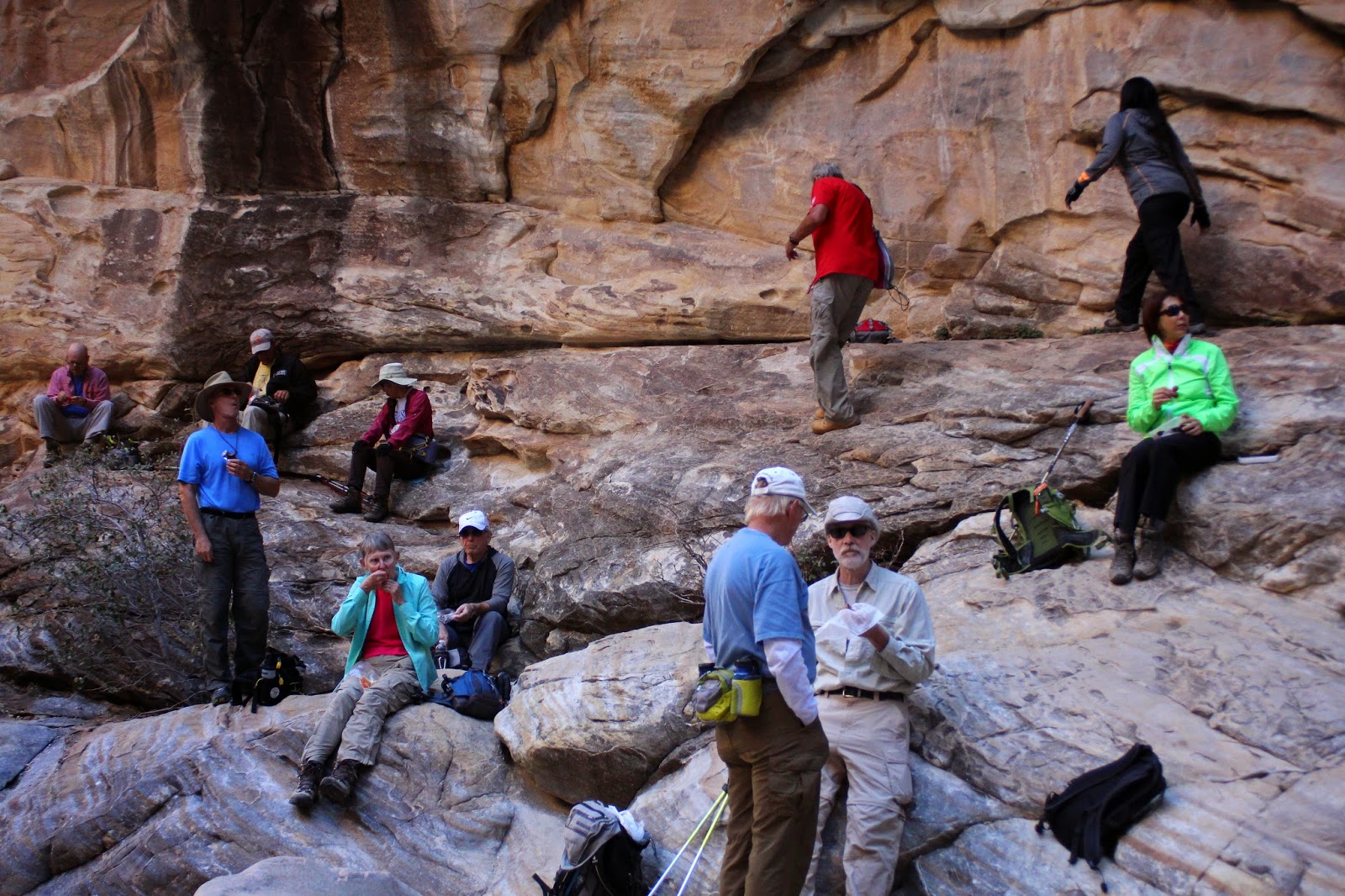 The last land obstacle is a climb up on the south side of the canyon. The hiker must squeeze between a tree and large boulders to gain access to the waterfall viewing ledge. After the scramble up by the tree, the hiker needs to climb a sloped rock wall and walk along a ledge above a large pool of water. Finally, it is here that you can enjoy the best of what Ice Box Canyon has to offer ... the waterfall. Oh, and it is chilly in the canyon even on a warmish day!

While at the waterfall, hikers sometimes climb up to the top of the part of the waterfall that is seen in the photo below. Easy enough. But, it is the coming down part that is the most difficult. Think twice! 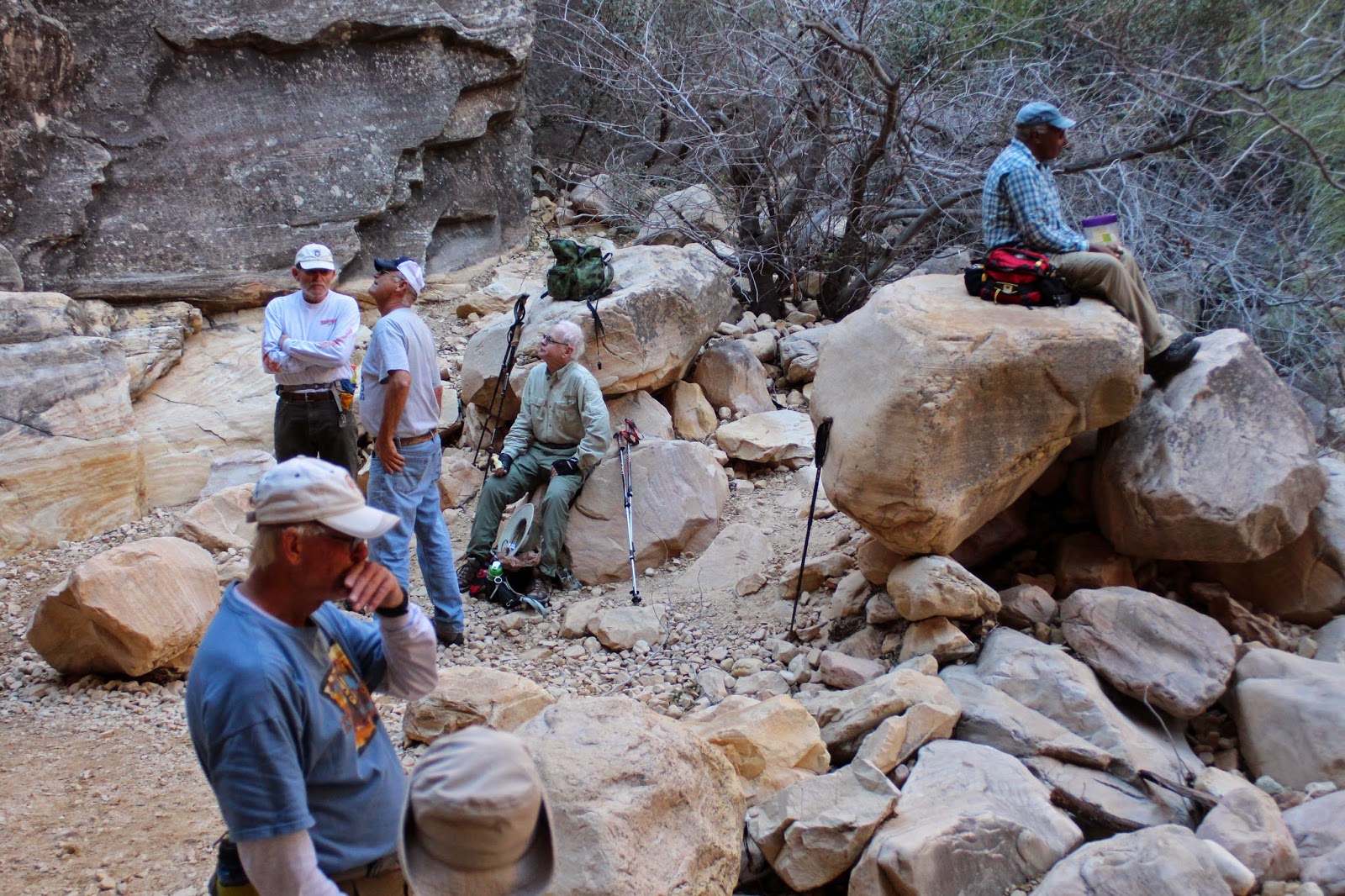 We sat at the waterfall, took photos and ate a snack. When we got too cold, we began our trip back down the canyon. The return did not take as long and we stayed together more or less. After climbing back up out of the wash on the same trail, we hiked down out of the canyon and junctioned with the SMYC Trail. The last mile back to the cars gave us a little more aerobic workout. Fun morning. 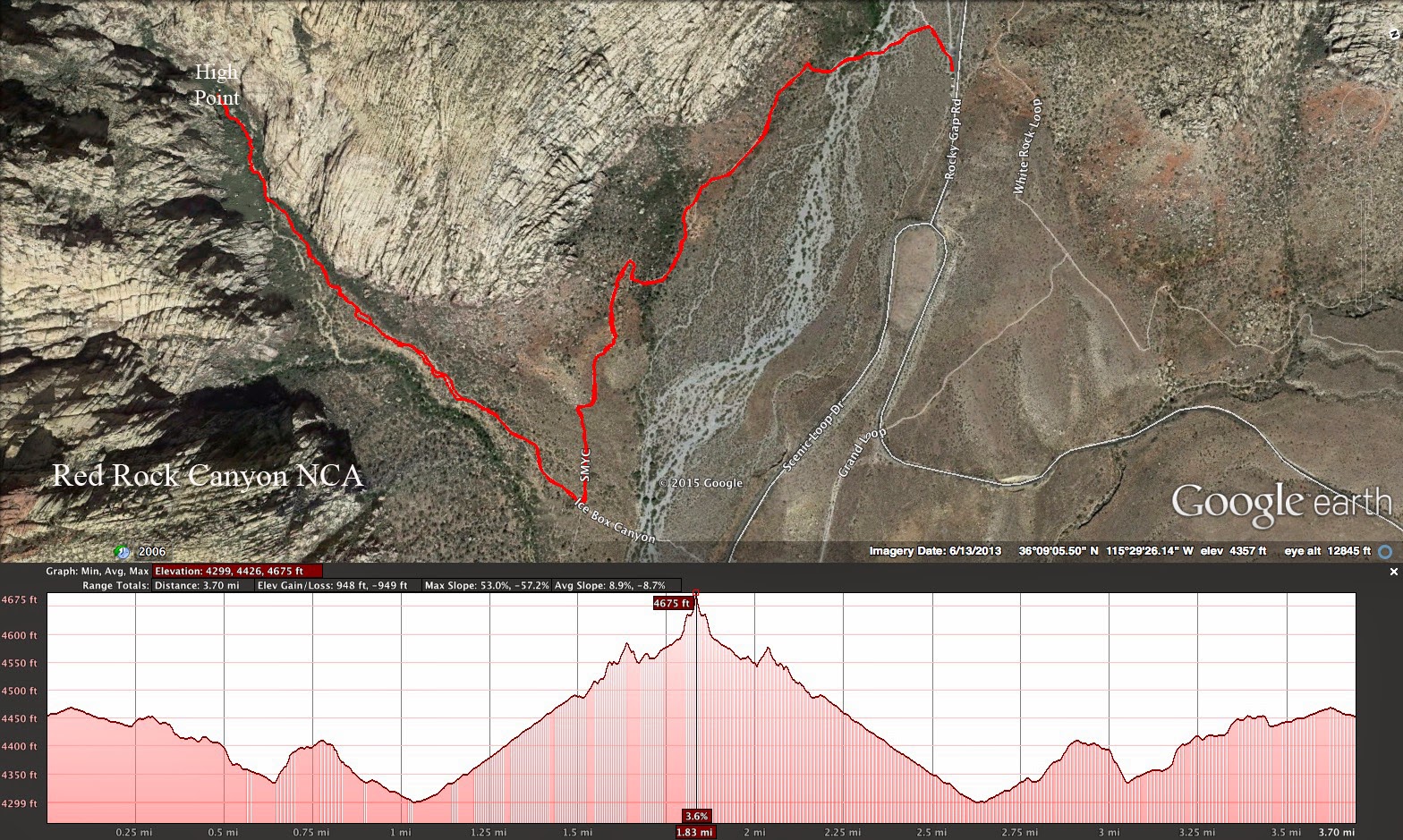 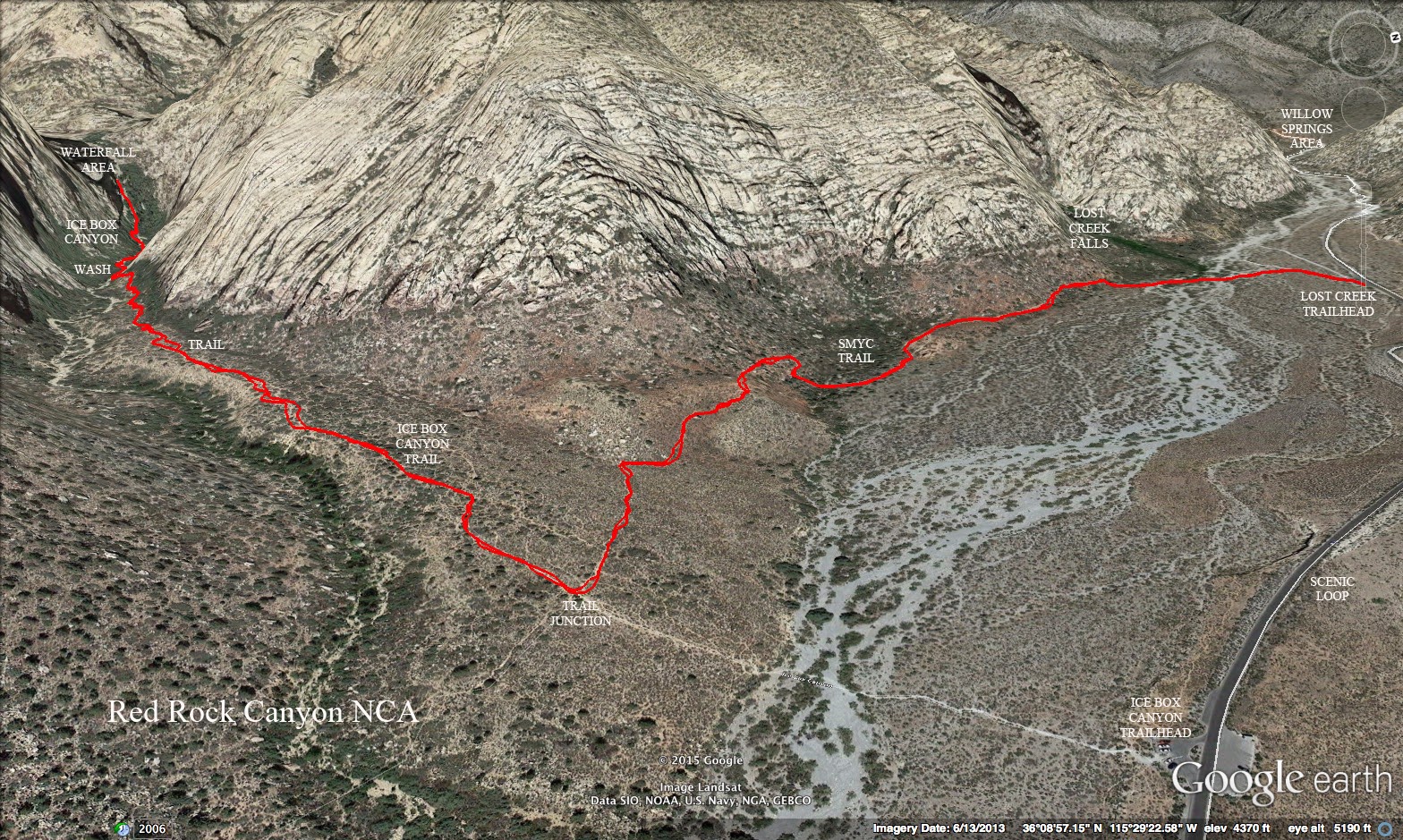