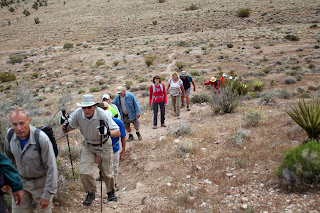 We started out with twenty-three hikers this morning at the Cowboy Trails parking area at North Blue Diamond Hill of Red Rock Canyon NCA. However, when we circled around to the Muffins and Skull Trails and began climbing Boneshaker Hill, one hiker turned back. And, then there were twenty-two. It had been a few months since any of us had climbed the steep trail and it is certainly a test of ability. 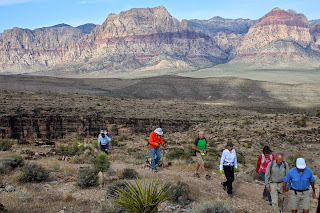 By the time we finished the ascent all the way to the Boneshaker sign, we had stopped to breathe about five times. When we did stop, there were plenty of gorgeous views to look at with Skull Canyon on one side and Cave Canyon on the other. The escarpment rose across the way and the Calico Hills were there, too. The big question of the day was whether or not we would get hit with storms that were in the area. As we climbed the hill, one hiker got news from her husband that it was raining and hailing in the northwest section of Las Vegas! 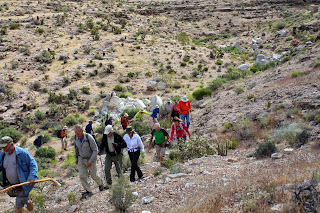 At the Boneshaker sign, we veered right onto the trail that crosses over the high end of Blue Diamond Hill. After passing the top end of the left fork of Cave Canyon, we turned left at a junction with a large cairn marking the way. This section is just outside the Red Rock Canyon NCA boundary. Hike at your own risk. This trail has several hairpin turns and it brought us to the base of the mine tailings rock piles. We kept our eye on the weather and we still appeared to be safe from a passing storm. 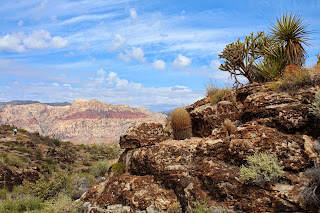 We finished this trail quickly and returned inside the Red Rock park to take our break. The Squiggley Trail turned out to be an interesting diversion from the more used trails in the area. Luckily, there were no mining crews working nearby today. After our break on the old mining road, we started down toward the top of Echo Canyon. At that junction, we turned to the right. When we got down to the Fossil Ridge junction, two of our hikers peeled off as an alternate to the planned Echo Canyon descent. (Then there were twenty.) 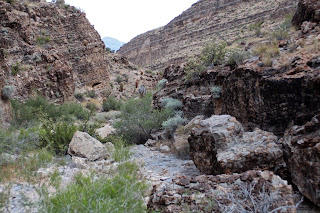 Descending through Echo Canyon is very different than its ascent. Navigating the canyon from this direction is like navigating a canyon we have never been in. The obstacles change. The path changes. And, the view changes. We watched where we put our hands lest we find a surprise snake. And, we slowed our pace so that we were careful on the unfamiliar scrambling rocks. 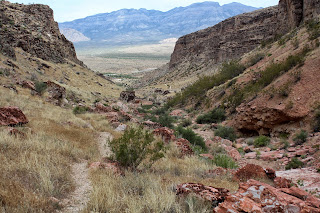 The most difficult scramble down turned out to be the same most difficult scramble up. Once we were past this, the canyon opened up and we found the trail that led down to the junction with Cave Canyon. On our way back to the cars, six hikers decided that a running race would be fun. Some people just have too too much energy! Fun, high energy morning. 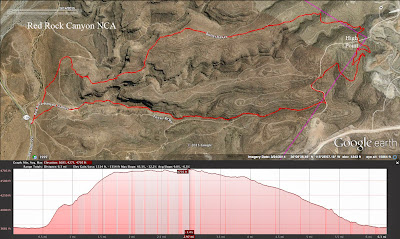 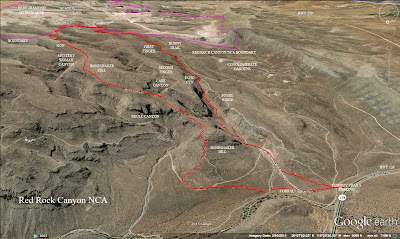 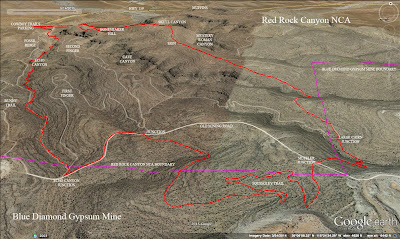