It was an absolutely gorgeous day in the Spring Mountains today. When we got to the Trail Canyon parking lot early this morning, it was already half full of cars. Probably was a great day to do Charleston Peak. So six club hikers started up Trail Canyon for a pleasantly moderate hike to Raintree. As surmised, the number of hikers on Trail Canyon Trail was more than usual. We met several as they were coming down and we passed a few going up. We, ourselves, were in no hurry and we stopped twice for a decent short break.

Our first short break was taken where the trail crosses the wash. This is just before the trail leads straight up for a short distance. Short or not, it is definitely long enough and could be described as the "escalator" section!


At the point where the trail takes a decided turn to the right and there are large rocks placed next to the trail on the left, we took our second short break. This is where the "escalator" ends and the switchbacks, thankfully, begin. The six of us were staying together and all seemed to be quite satisfied with the moderate pace. We climbed on up the lower and upper switchbacks taking the time to take a few photos.

At the saddle, we took a longer break while taking in the familiar yet still impressive scenery. While we rested, a family of four, including two young sons, came barreling up Trail Canyon to the saddle. "Forty-five minutes," the father said! Quite a feat for the two young ones. And, they weren't even breathing hard!

We left the family to their climbing adventure and started toward Raintree on the North Loop Trail. The first section was a welcome reprieve. As we passed the upper part of Fletcher Canyon to our right, the trail rolled along without much elevation gain.


Everyone raves about the views from this section of the North Loop Trail. Among the Spring Mountains features that you can see from this open trail at the base of Mummy Mountain are Charleston Peak, Cockscomb Peak and Ridge, Griffith Peak, Fletcher Canyon, Fletcher Peak, Mummy's Toe and the South Loop Ridge. We took two or three more short breaks on our way up to Raintree after the trail began to climb again. One thing the writer welcomed during this hike in a group was that great fun conversation almost never stopped.

When hikers are left alone at the end of the pack, they tend to get a little lonely. Just sayin' from experience.


When we arrived at Raintree, there were already a few people there. Several other hikers arrived during our snack break. And, a few other hikers hiked through to somewhere. Raintree was a very busy place today and good conversation was floating about. After a nice long break, we started down. We stopped at the same short break points but stayed together till the end. Granted that sometimes the "group hiking thing" is easier done with smaller groups but today's experience was a winner!

BTW, when we returned to the Trail Canyon parking lot, it was PACKED! Cars were circling the lot and many were parked along the edge. Yep! A great day to be in the mountains! 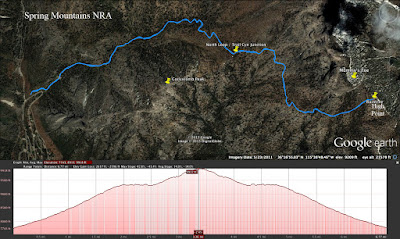 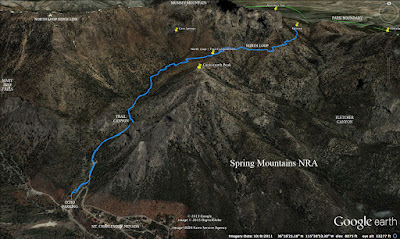