On the second day of the Death Valley NP excursion, the strenuous hike to Mt. Perry was coordinated by Jerry T. While Laszlo and Anne sent the photos, Jerry wrote a narrative and Mike OC and Brian D. were quoted below.

As twelve hikers approached the trailhead parking lot in our vehicles we could see the spectacular views of Death Valley.  I don’t know why they call it Dante’s view, probably because of Dante’s Inferno?  Anyway, the views were more sublime than hellish.  The hike follows the ridgeline north from Dante’s View parking lot towards a somewhat ordinary peak, Mount Perry.  It doesn’t really have very much prominence but the rewards for this hike are more than bagging the peak.

We started out and very soon came upon the photo op crag.  Of course we stopped for a group photo with Death Valley and Telescope Peak in the background.


We continued on and the coordinator pointed out the views of the Spring Mountains to the east and the Panamint Range to the west.  Views of the Funeral Mountains were also tremendous and Pyramid Peak was very prominent.  We went up and down over many hills and saddles following the well defined trail.  We lost the trail only one time at the same spot the coordinator lost it five years ago!  Well, we soon found the trail again and continued on. All of the hikers in the group were very strong and the rest stops were short.  We only paused for ten minutes at the summit, enough time to sign the log book, and eat a snack.

Brian adds, The hike had as much elevation gain going to the peak as it had on the return to the trailhead!


We finished the hike in less than 5 hours.  It had taken me 6 hours five years ago.  We reached the parking lot and found it overflowing.  It was a beautiful day for this hike.  The temperature was perfect and few clouds. ~ Jerry


How often might one visit a national park in California—on a Saturday, and not see another soul on the trail? Such was the case on our undulating trek to Mt. Perry. The summit register went back to 1993 and averaged five or six sign-ins per year. And what a panorama! Along the route, we had magnificent views of Death Valley, including Telescope Peak to the west and Mt. Charleston to the east. Amazing. It was a keeper. ~ MOC 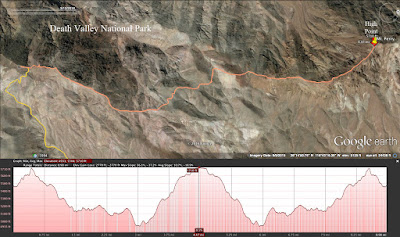 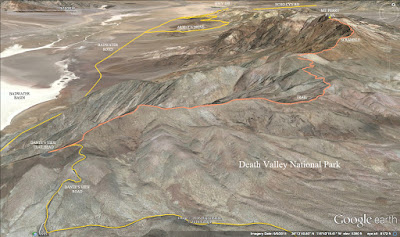 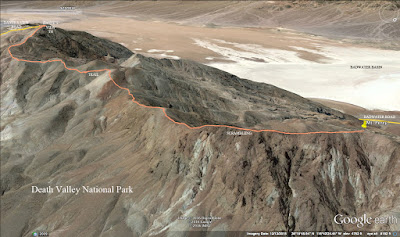