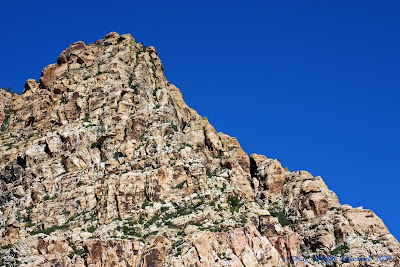 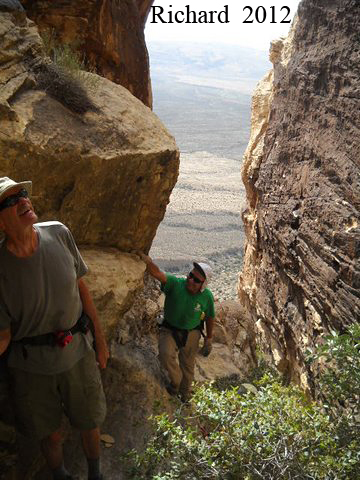 On this Super Tuesday, there was a super Tuesday hike to White Rock Peak and Tunnel Vision Peak via Surprise Canyon. A group of hikers assembled at the White Rock Springs Road parking lot at the end of a short dirt road at mile marker 6 on the Scenic Loop of Red Rock Canyon NCA. This blog entry was made possible by Mike (narration), Richard (photos and GPS info), and Larry (photo and support). Mike entitles this entry, "Ten Men on a Mountain." 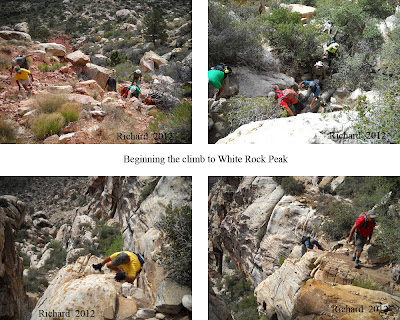 Hooray, hooray, the first of May.
Ten men stood on a mountain today.

Stand they did, with no problem.  It was the approach that was the challenging part.  White Rock Peak via Surprise Canyon was the destination, and it certainly tested one’s mettle. 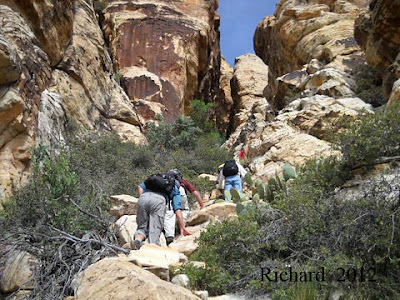 Fifteen minutes into the trek, the real hike began.  The next five-and-a-half hours would see some intense scrambling with very little letup.  The ascent entailed one fixed rope, two chimneys, no fewer than a half-dozen precarious spots and 150 punishing minutes.

From the summit, our fair city looked more like the LA Basin, as a brown haze blanketed the entire valley.  Time to get out of here and head down, right?  Not so fast. 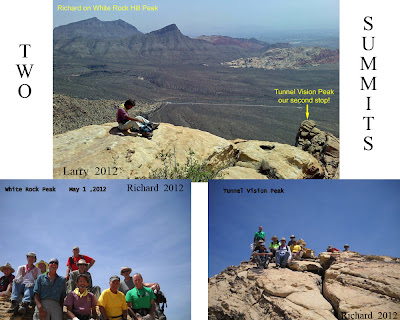 Hike leader Richard Natale gazed off to the east and pointed out Tunnel Vision Peak.  “Anyone up for a second summit,” he inquired?  Tacit nods indicated an affirmative, so it was off to Peak Number Two. 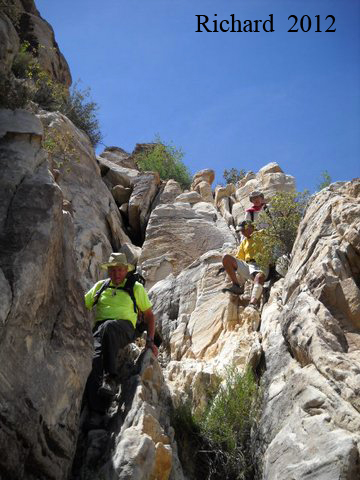 
A wearisome two-hour descent finally found us back at the trailhead.  Four miles in six hours.  Do the math.  Perhaps that demanding 3k of vertical was a factor.

Ten men labored, all ten bled, but all ten smiled. 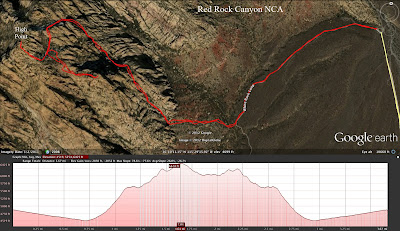 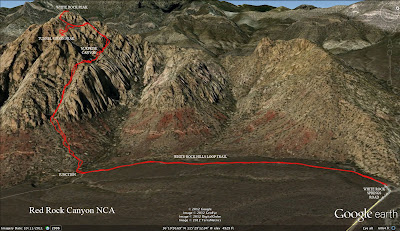 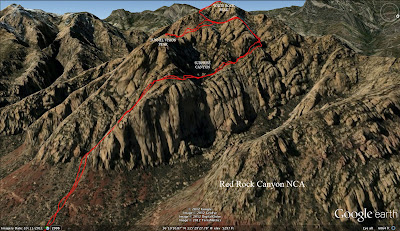