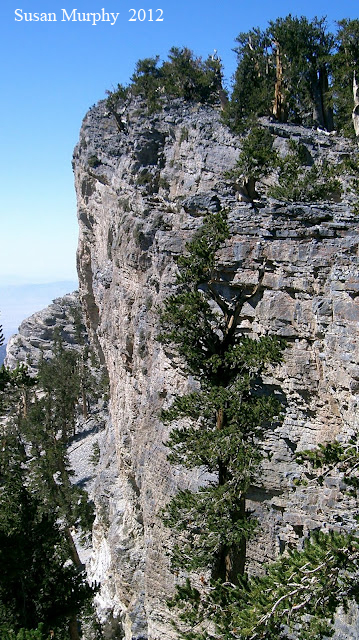 McFarland Peak Cliff from the Summit 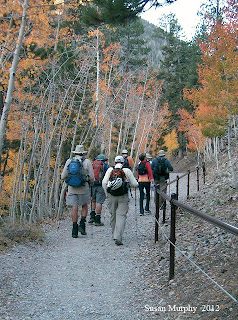 The Super Tuesday Hike today was McFarland Peak via the southern end of the Bonanza Trail. Mike OC gives us this report and two photos, Larry offers the GPS route information and Susan adds several more photos of the beautiful autumn day.

An enthusiastic octet assembled at the Santa Fe in the Tuesday pre-dawn darkness.  Destination:  McFarland Summit.  Ten hours later, a less-than-enthusiastic troupe of hikers returned to the Santa Fe.  As in the previous Tuesday, today's outing developed into another marathon affair. 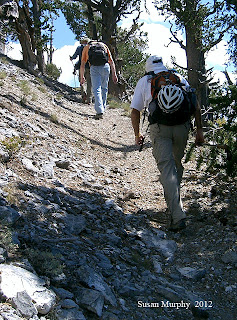 Starting from the ski area on a 38-degree morning, the eight trekkers hammered out the five-mile approach to the McFarland Trailhead. This involved a mostly uphill jaunt on the Bristlecone, No Name and Bonanza Trails. Our ultimate destination was now situated directly above us: An imposing, limestone pinnacle, McFarland Peak.


This proved to be the crux of the hike--1200 vertical feet of loose rock and dicey predicaments.  But the eight adventurers were certainly up to the task, as 75 minutes later, we all stood atop the summit.  Big smiles. 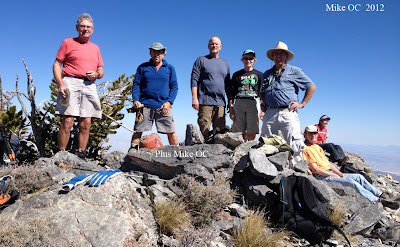 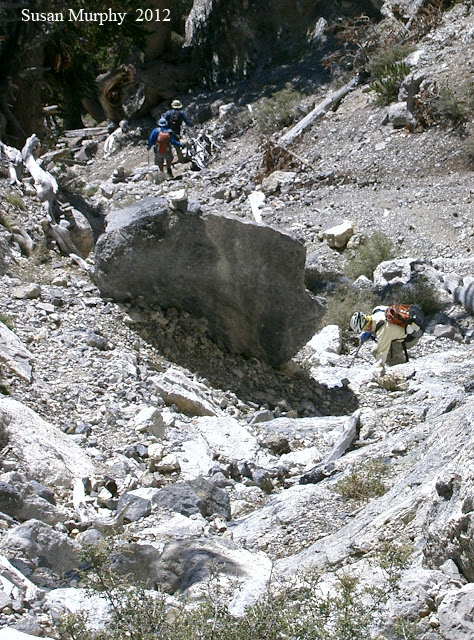 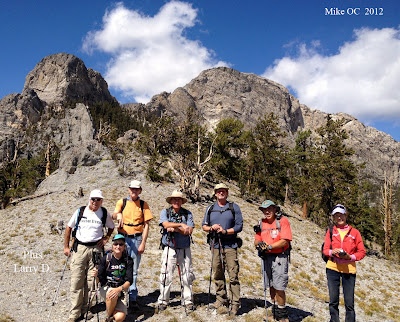 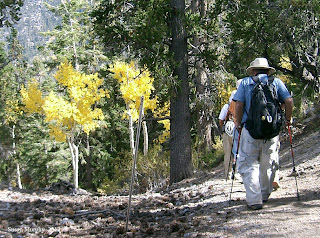 But the hike was only halfway over.  We still had to descend.  As a veteran mountaineer once observed:  Getting up is optional; getting down is not.  True to form, the descent proved to be as tricky as the climb.  Rockfall was our constant companion as the group carefully wended their way down the hazardous chute.  A couple minor scrapes and bruises later, we were back at the trailhead, again.  More smiles. 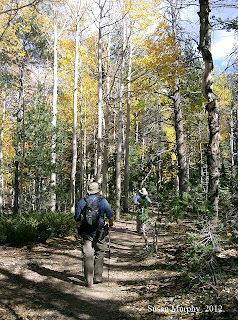 Now six hours into the hike, we still had the five-mile journey back to the ski area, which entailed another 1000 feet of vertical ascent.  So off we went.

Not a whole lot of conversation going back as the weary crew trudged doggedly along, one foot in front of the other.  The sun was low on the horizon when we finally spied our cars and set foot on the macadam.  Time to go home. 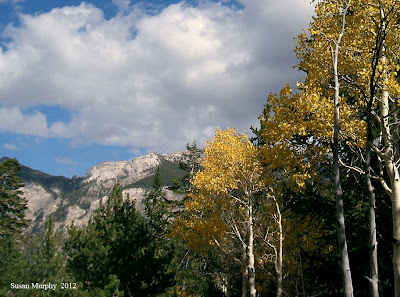 Back in the Lee Canyon Vicinity 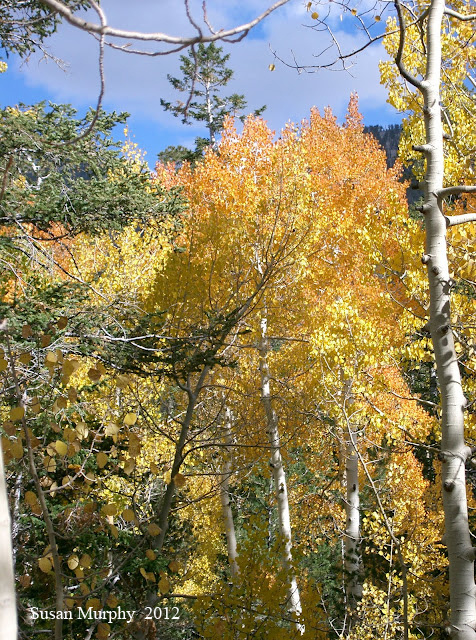 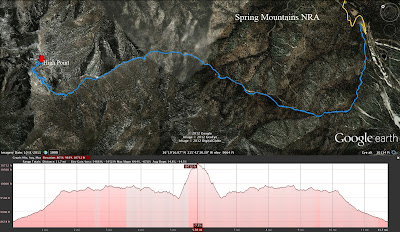 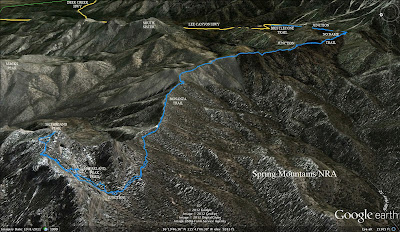 You crazy kids are out of controle