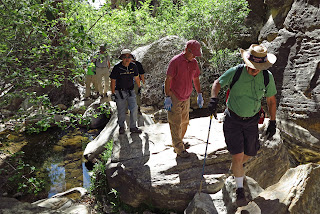 Yep! It was a hot one today! With the temperatures climbing into the 90's even at Red Rock Canyon NCA, eleven hikers still arrived for an adventure into Fern Canyon, the north fork of Pine Creek. Determined to not let a few more degrees ruin our fun, we began at the Pine Creek trailhead off of the scenic loop. It was already hot so that the hike across the desert toward the old Wilson house foundation, went quickly. There, we stopped for some water in the shade. 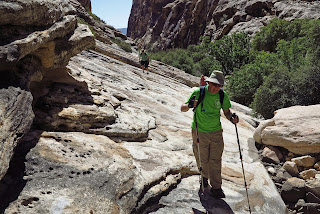 We finished the desert traverse and climbed up the hill to approach the canyon wash. With Kay in the lead, we dropped down earlier than usual and found that there are a pair of ducks living in the lower pools of the creek. We began our scrambling early but soon found familiar surroundings. From there, we scrambled from landmark to landmark. Sometimes, the landmarks were difficult to find. Nevertheless, we made our way up the canyon in the heat at a slow pace. 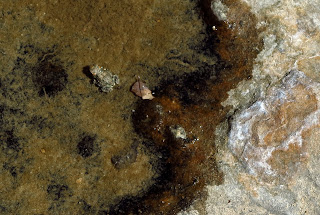 Arriving at the waterfall, we stood staring at a mere trickle sliding down the rock face. A few of us climbed up to the top on the right side of the waterfall and took a few photos. We also found a single tiny frog (seen in the photo to the left) in the pool above. After taking our break and tending to bleeding hikers (gotta watch those head bangers), we began our descent down the wash. The descent went a lot quicker and easier. Gravity is a beautiful thing! 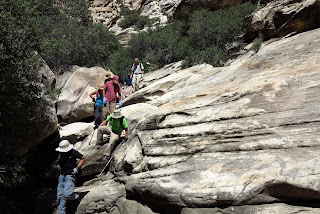 With the last rest among the trees near the wash, and then one more rest at the Wilson house shade, we put enough water in our systems to make it all the way up the last hill to our cars. By then, the heat was almost overwhelming as we passed a huge group of elementary school kids on their way in. It was still a great 5 mile hike with around 900 feet in total elevation gain. 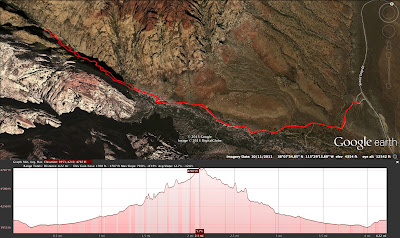 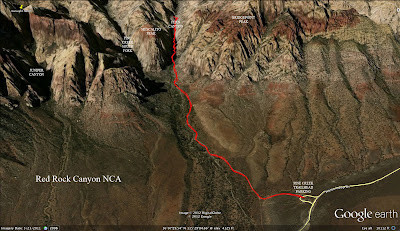