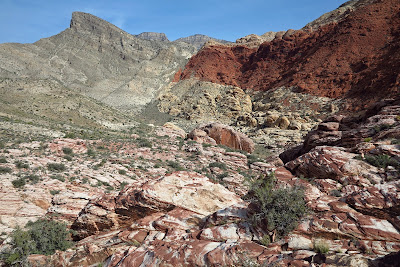 Turtlehead Peak from the West Side of Krafft Mountain 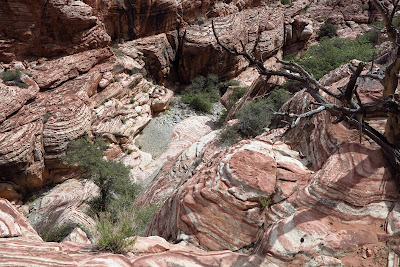 Gateway Canyon from North Side of Krafft Mountain 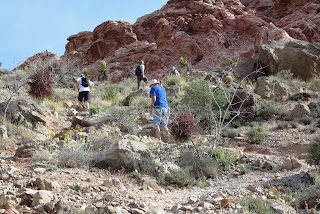 It was "Anything Goes Sunday with Lettie" today as ten hikers participated in an exploratory hike on the northwest side of Krafft Mountain. We parked in the Calico Basin dirt parking lot and hiked up 5 Stop Hill. When we arrived at the top, an old friend was waiting for us on the saddle. Moving on in separate directions, we then headed up the side of Krafft Mountain. Not really having a route planned out, we began traversing the side of the rocky peak while looking for a particular familiar rock outcropping. 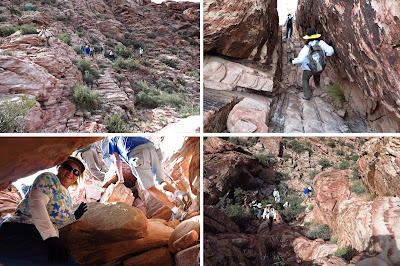 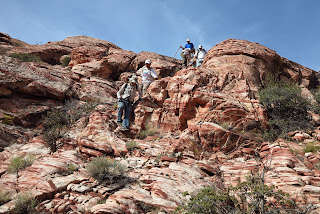 Our explorations then took us east to a very interesting slot canyon with a steep slope. A large boulder blocked the water flume and two waterfalls followed afterwards. Two hikers decided to slither under the boulder and see if the waterfalls were negotiable. As it turned out, the first one was but the second was a little too much to handle while needing the assistance of a rope. So, we returned and we all found another way down into Gateway Canyon. Upon reaching the gravelled wash, we took our snack break just above the polka dotted swirlydo. (Don't know what else to call it!) 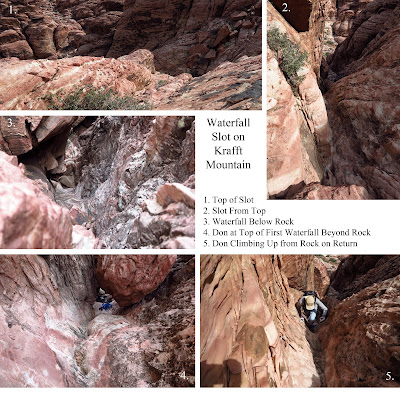 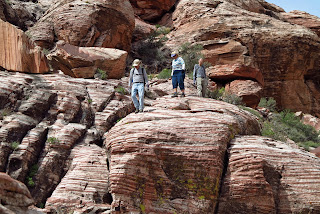 After our break, we hiked down canyon just a short distance then headed up the side of Krafft Mountain again. This time, we were on a trail. This is the trail that is used when there is water in the canyon below and the only way to travel through Gateway without getting wet is to take this route. We completed the route climbing down into the wash for the second time junctioning not too far above the last big obstacle seen two photos below. 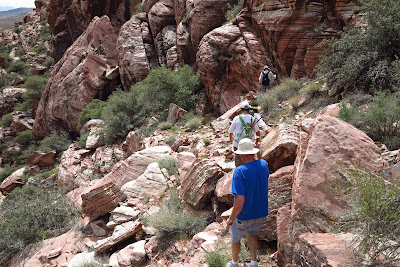 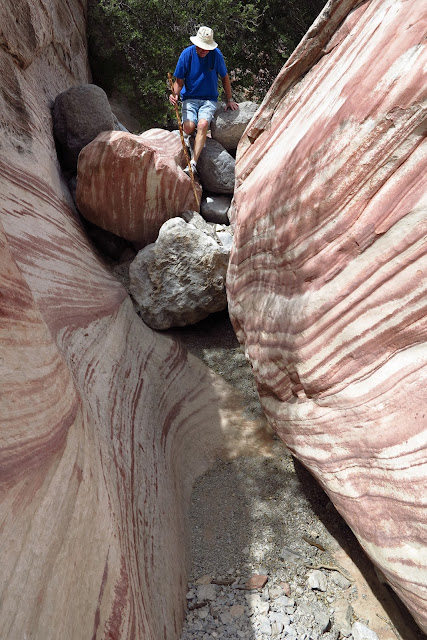 The Final Big Obstacle Has Filled with Sand & Stone 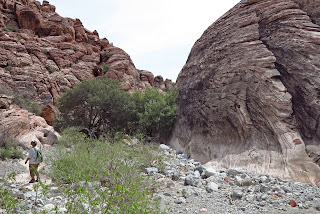 We completed the hike by walking out the canyon and onto the trail that climbs gently out of the wash to the right. Circling around the south side of Krafft Mountain, we passed by many younger folks practicing their skills on the climbing rocks in the area. From here, the sandy trails led us back to the cars.

Totals: Almost 4 miles; 4 hours (due to a long delay in the waterfall slot); and 912 feet in elevation gain. Oh, and lots and lots of fun! 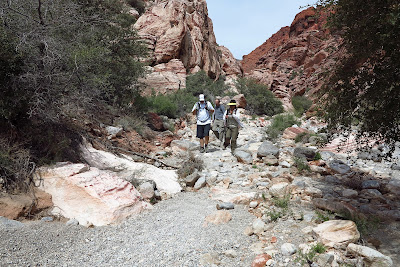 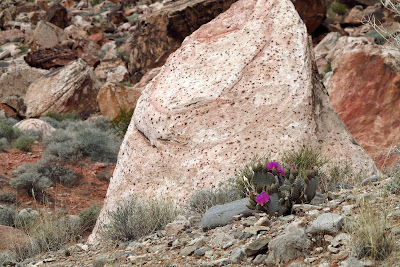 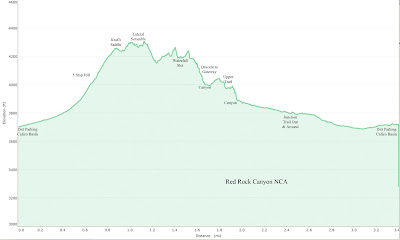 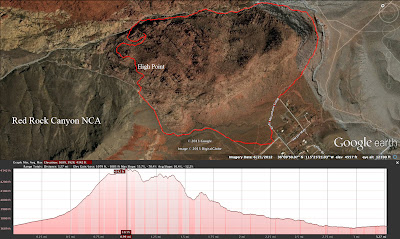 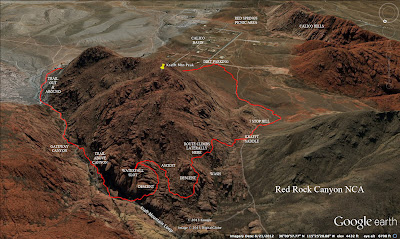 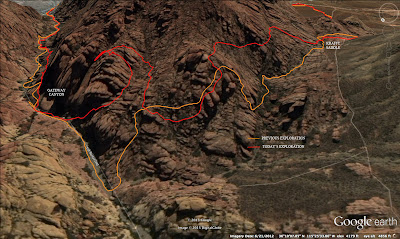