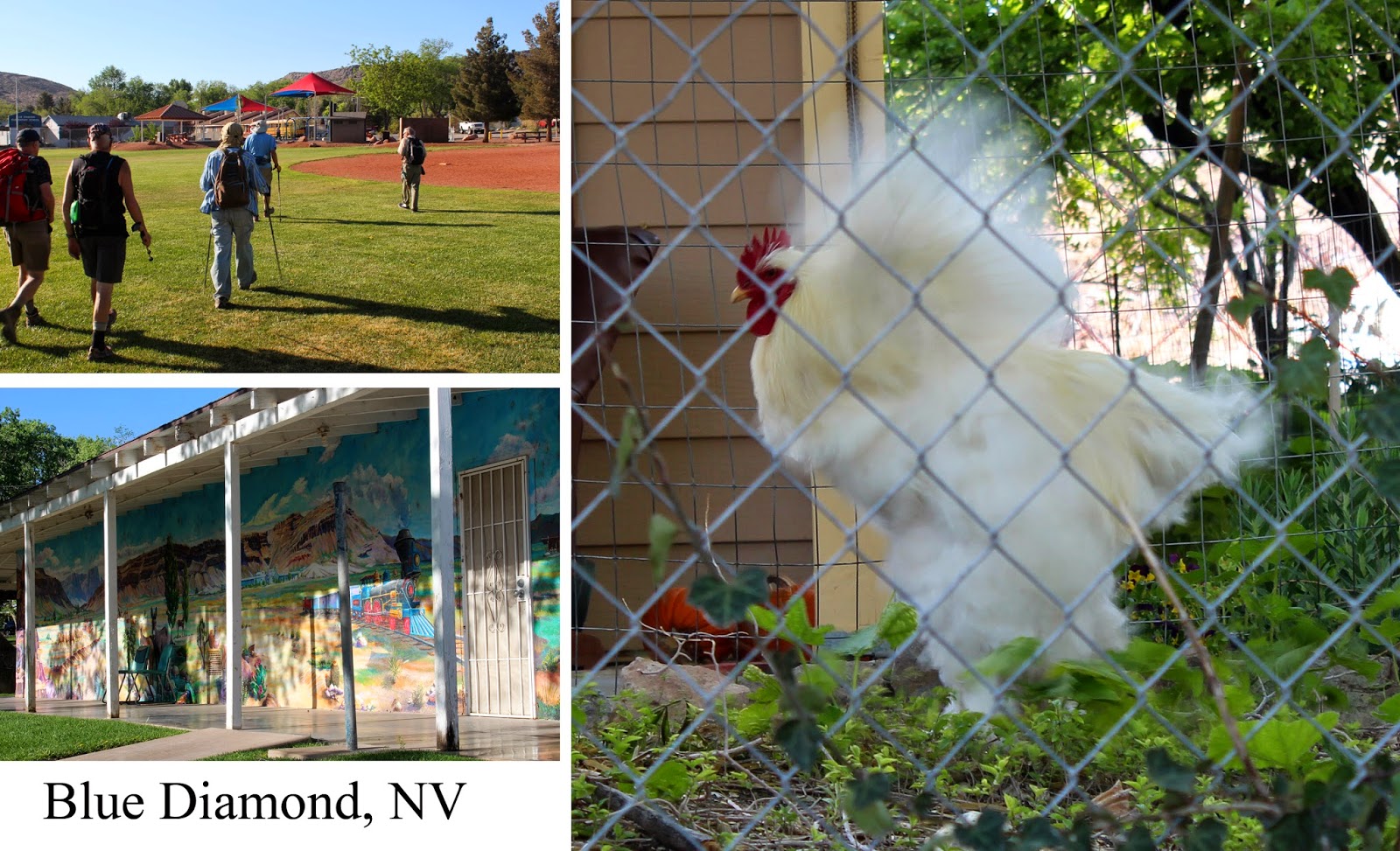 Ten hikers met David at the bridge trailhead in Blue Diamond today for a loop hike that would take us up to the ridge on the hills behind the town and down through the bird sanctuary adjacent to Highway 159. This was a new and well rounded route for the club. It includes a good climb, good distance, good views and good opportunities for wildlife viewing.

After hiking through town to the upper trailhead, we began a more or less straight route up to a small saddle nestled in the rim rocks of the main hill across the way. We used the bike trails a little but, mostly, we used burro trails for this ascent. 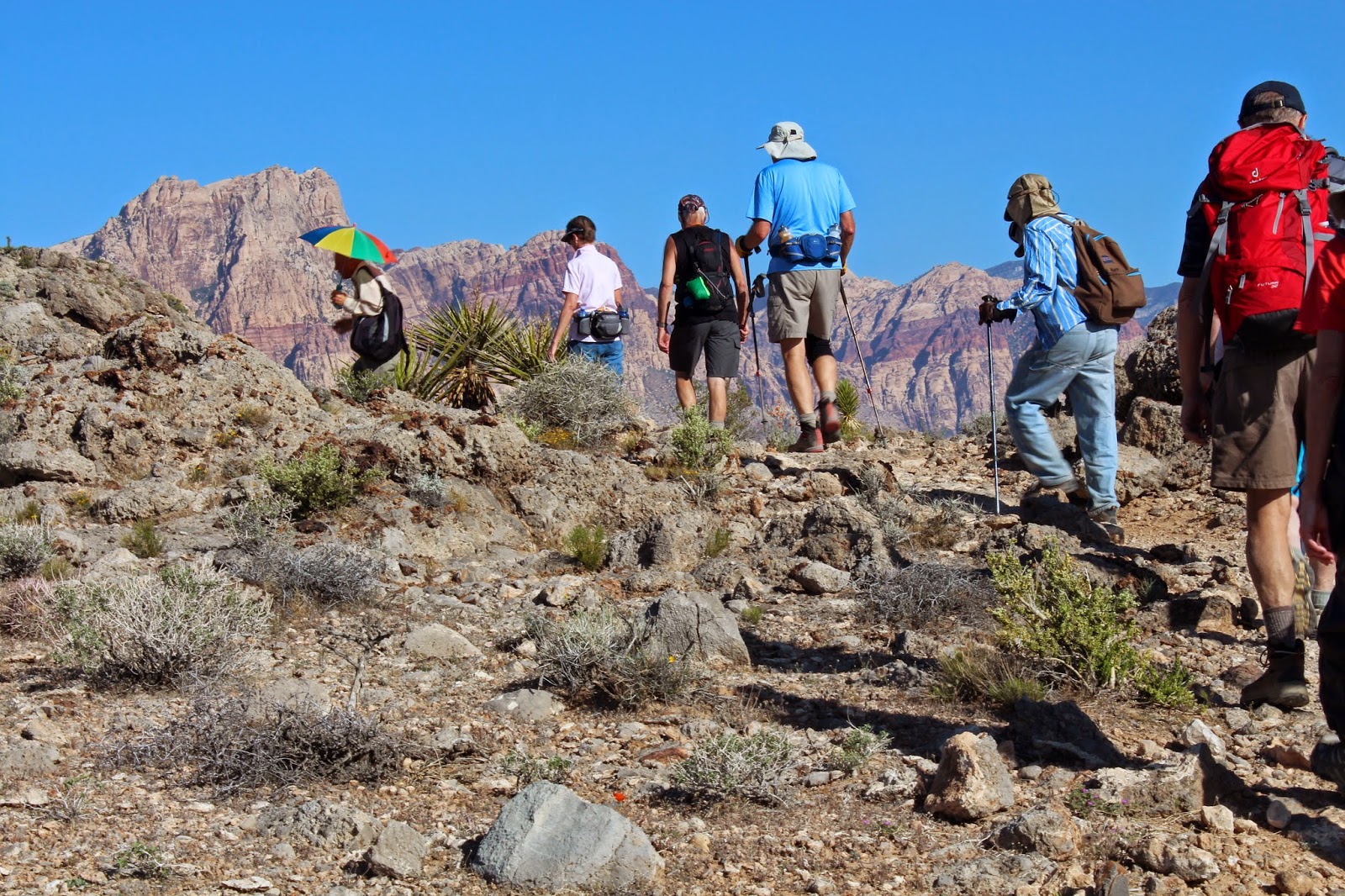 We climbed over the saddle, dipped in and out of a small gulley then finally reached the bike trails again. Most of our climb for the day was over and we had only begun! Following the bike trails to the right, we then turned to the left at a trail junction just before reaching the famous sandstone snack break rocks. This new trail took us up onto a ridge where we had views of Red Rock Canyon NCA on both sides.

The weather was beautiful albeit slightly warm. Occasionally, the wind would kick up and it was very welcome. We stopped for a photo at the high point near the end of the ridge trail. 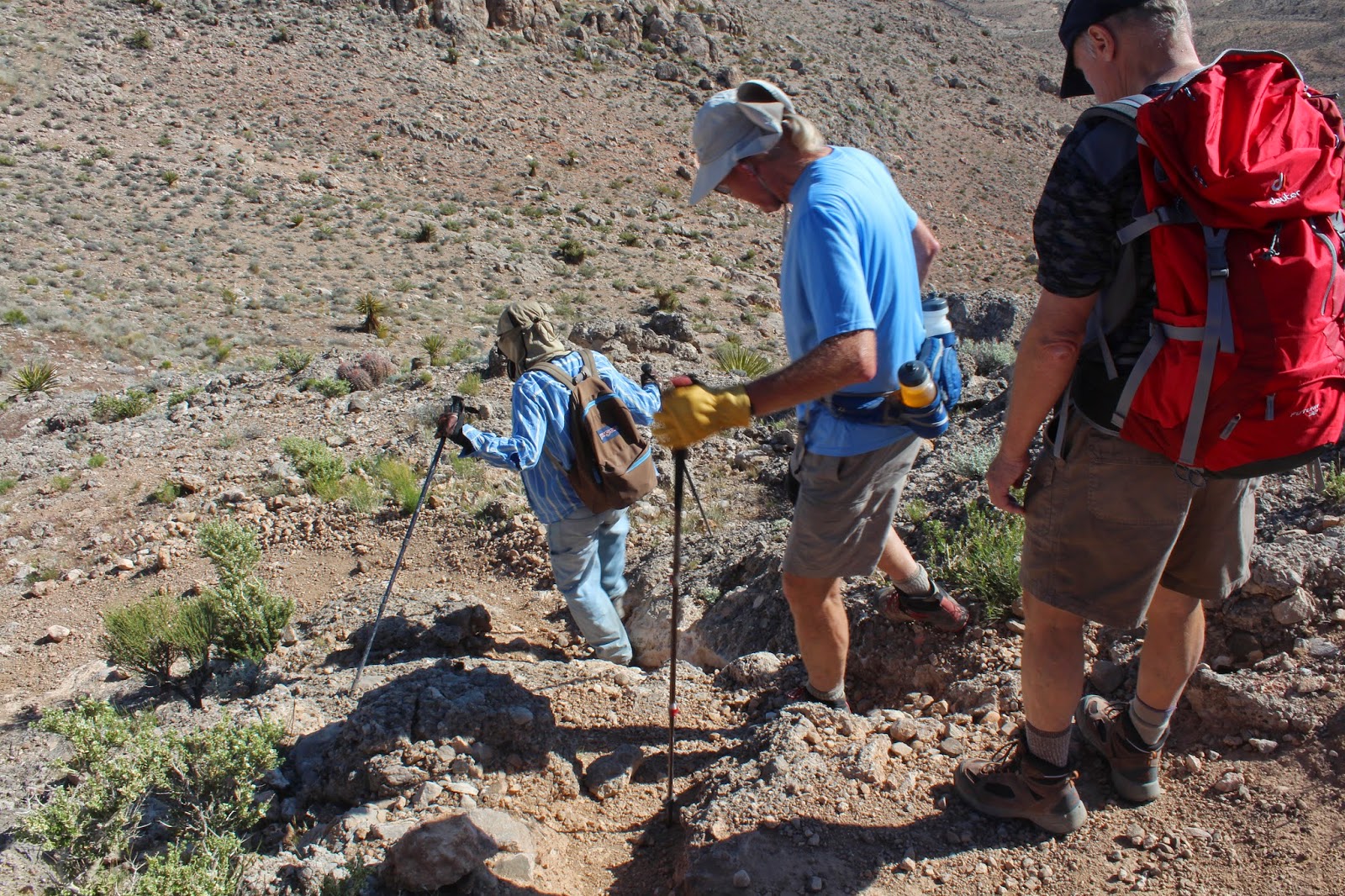 Just before we reached an area where red barrel cactus abound, we turned to the left onto a trail that would meander down to Cottonwood Valley. The trail began gently then grew into steep switchbacks before junctioning with a trail that parallels the Landmine Loop further down. This is where we turned to the right. Majestic views of the Red Rock Canyon NCA escarpment rose up on our left side.

Mt. Potosi sat to our south. The escarpment, centered at Monument Peak, was to our west. And, views of Bonnie Springs could be seen to our north. 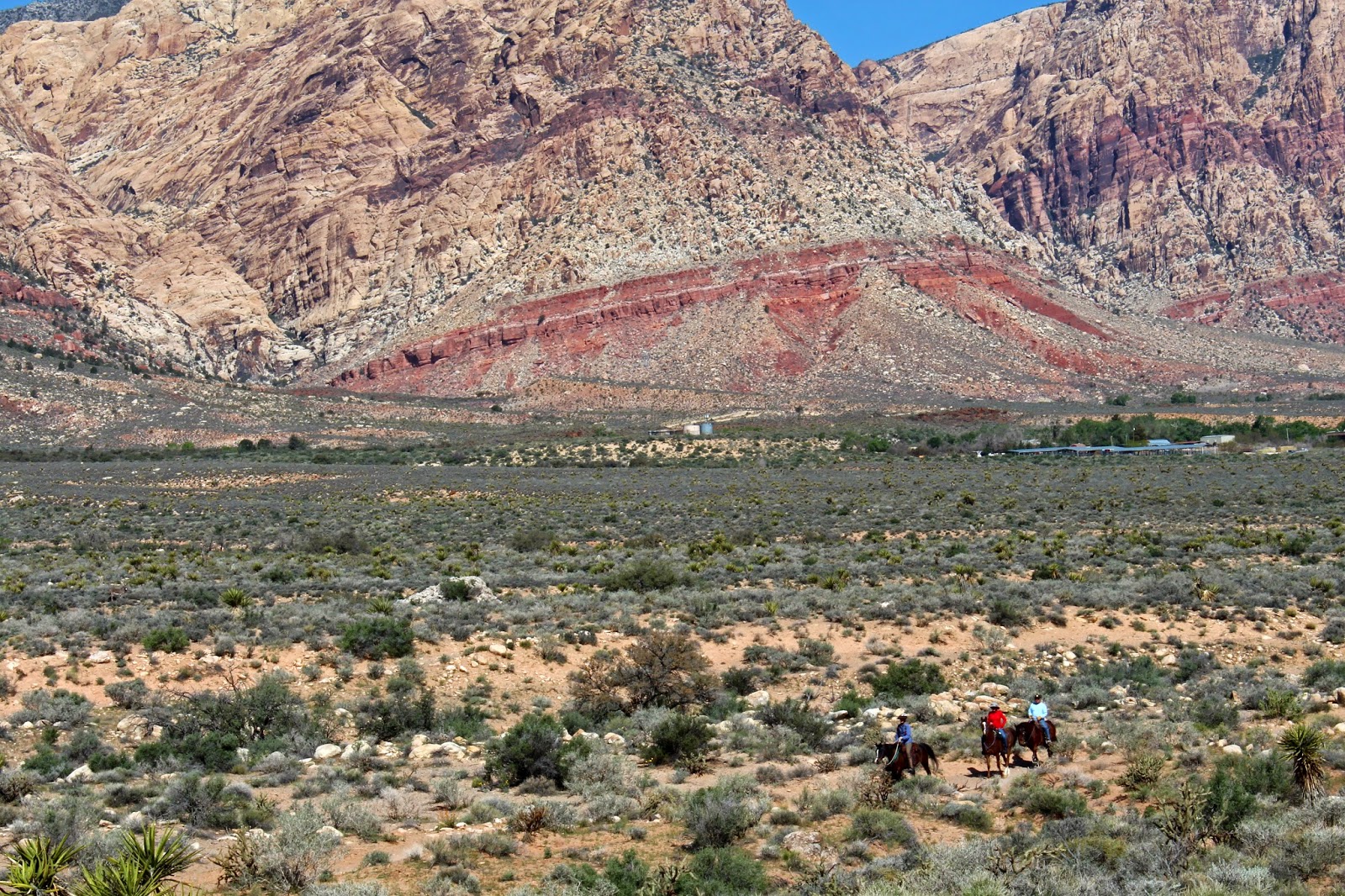 Circling around the hills to our right, we stopped for our snack break at a conveniently placed boulder that provided a lot of shade. As we rested, three horse and riders strolled by on the Landmine Loop trail below us. Continuing, we rounded the ridge point and dropped down to the Landmine Loop trail; following it until we got to the east corner of the fence built alongside the trail. Just before we turned at the corner, we met up with the local herd of wild burros.

The burros were relatively close to the trail today and the alpha male staunchly stood staring straight toward us. He made a few snorting noises and shook his long ears several times as he did his best to protect the mother and colt a few feet behind him. It was rather intimidating! ... But, we got photos of the display anyway. 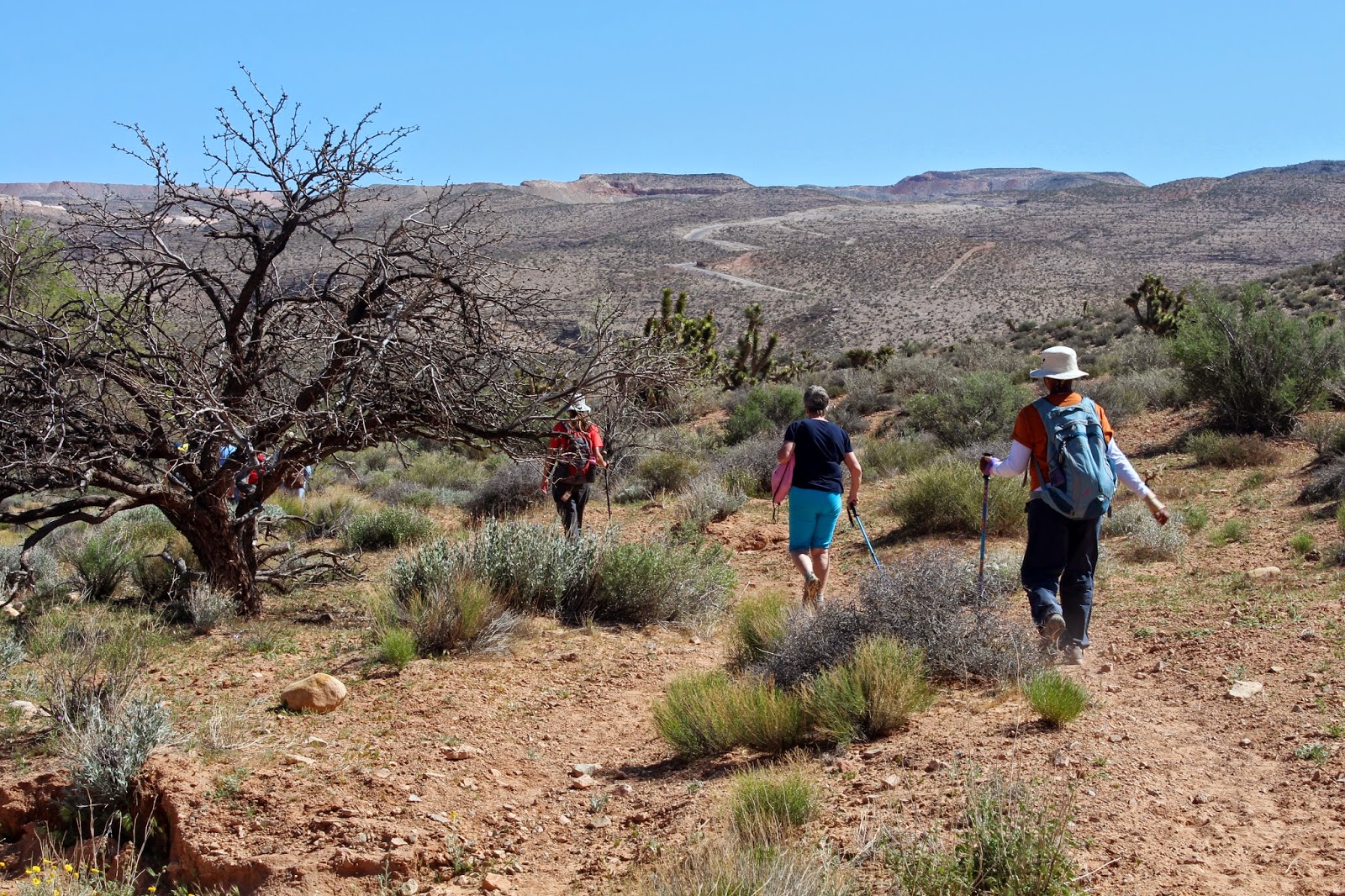 The left turn at the fence corner led us down to the wash that runs parallel to Highway 159 and has been preserved as a bird sanctuary. The whole time we were down there, we were unaware of the road traffic. The bird sanctuary is fenced in to keep the burros out and the gates on the trail should be closed after you pass through. After passing through the west gate, we dove into the cottonwood trees and hiked through a wash surrounded by brush. (No fear: There are NO hippopotamuses in here.)


We didn't see any unusual birds but we did find a yellow frog about two inches long. So cute! 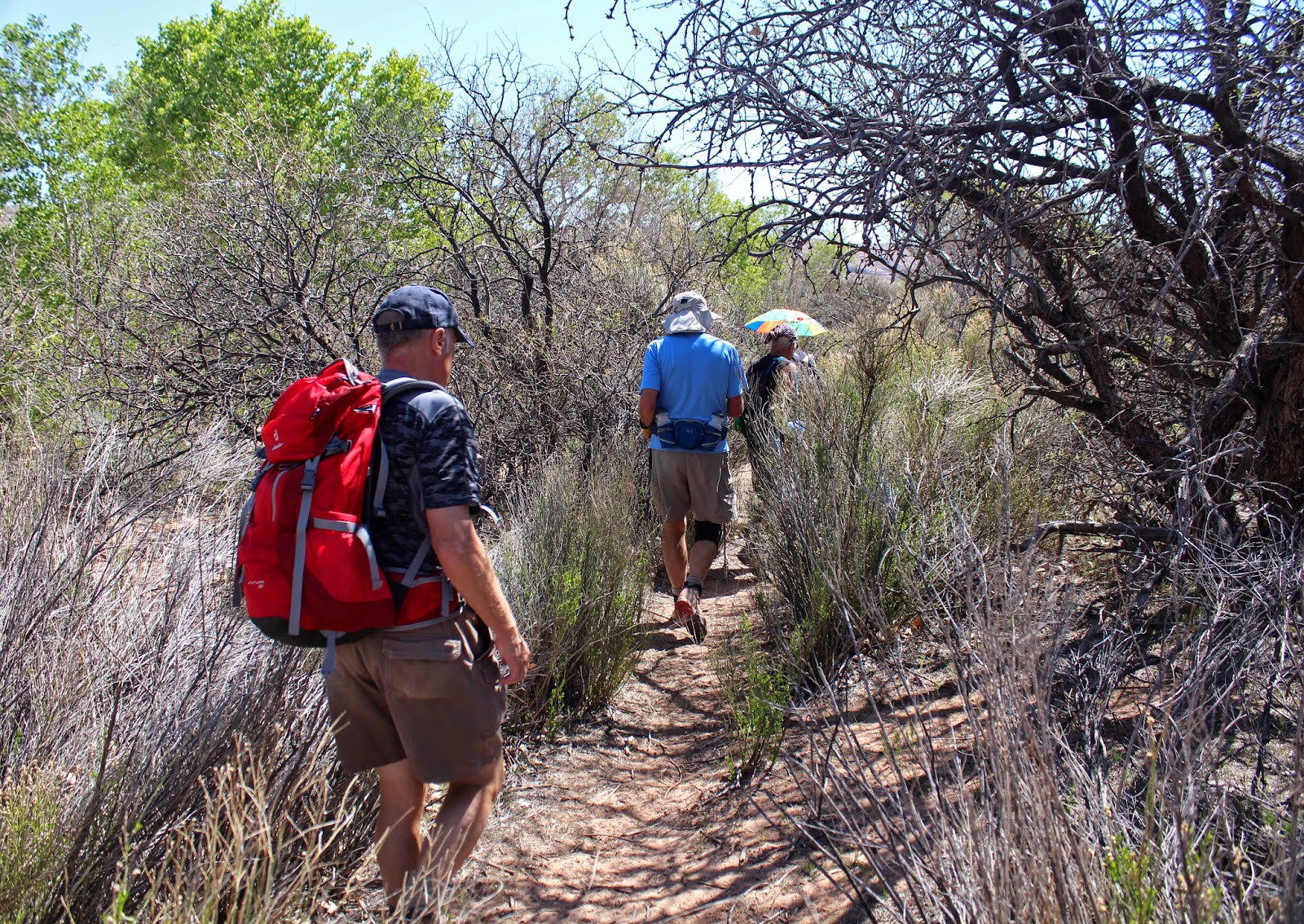 There is a trail through the area but we had to look for it a couple of times. On the east side, near the wash toward the road, there is an open zigzag gate that we walked through. After this, we followed the wash, trail and dirt road back to the cars. We all enjoyed the hike and hope to do it again someday. 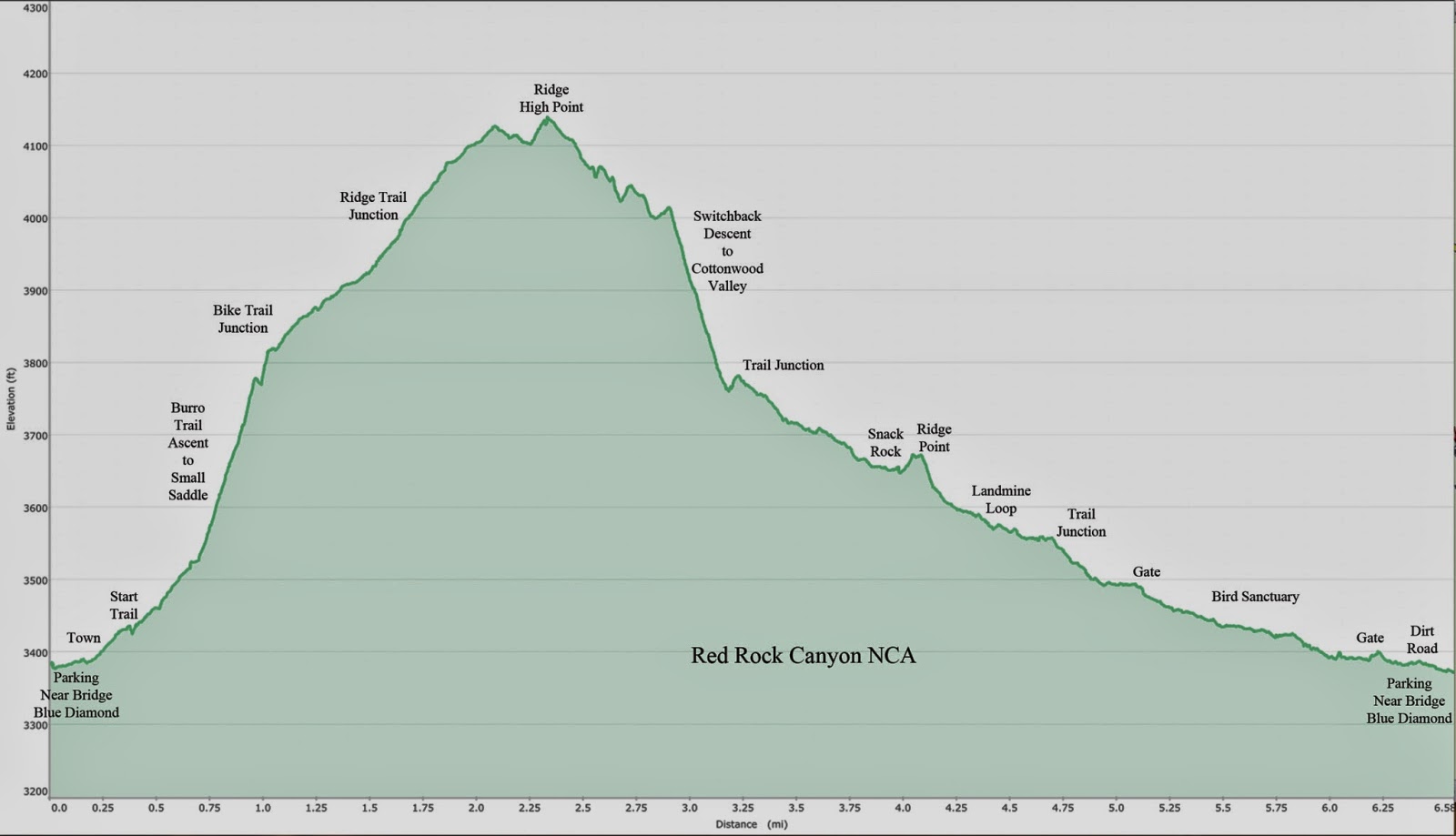 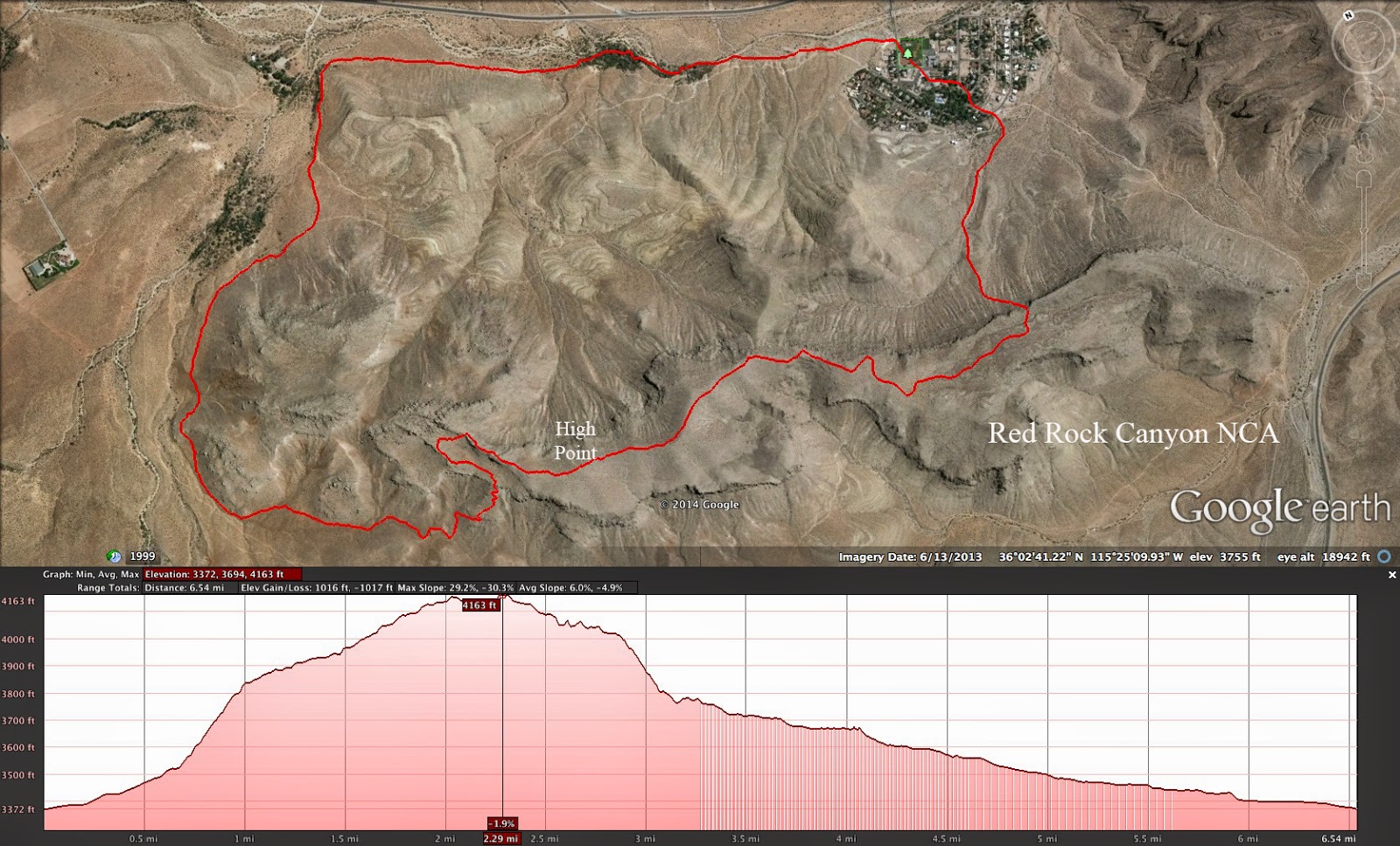 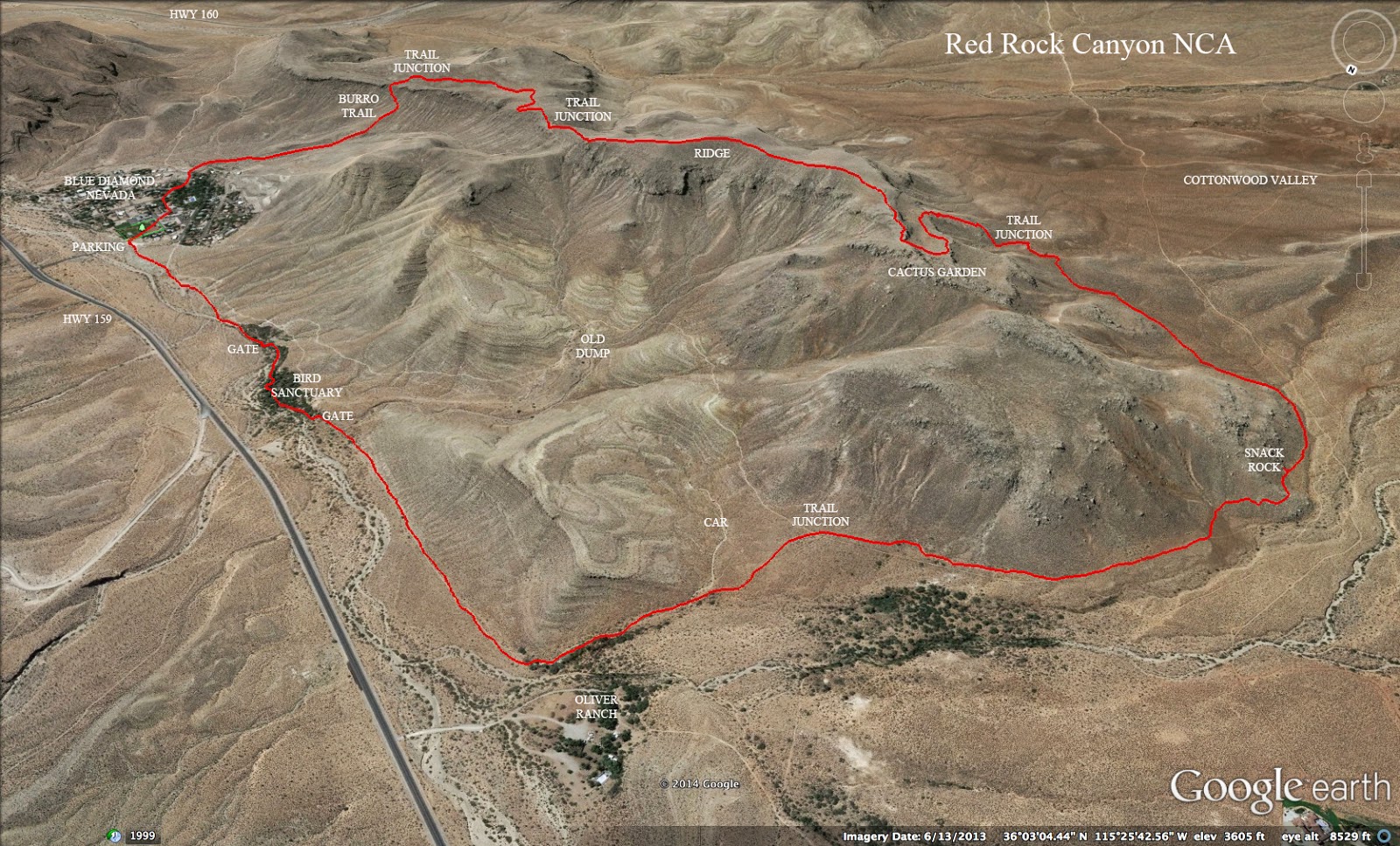