Twelve hikers attended this Tuesday Super Scramble disguised as a Thursday hike. Today's route was new for the club, in that, we began the adventure at the big wash parking area on Calico Basin Road. This is the trailhead for many trails that undulate up and around the hills in this area. Our route followed trails that led straight over to the Krafft Mountain and Gateway Canyon junction.

The early hour at the start of the hike afforded us colorful views of the sandstone as we made our approach.


Unfortunately, our appreciation of the sandstone in the sunrise light was interrupted by our arrival at the base of Krafft Mountain. The trail in front of us sloped steeply up 800 feet in elevation over the next 0.4 mile. Strong hikers tackled the climb at their own speed. We followed a trail of cairns for the most part but it was usually clear which way to go if we kept in mind that we were headed in the direction of a huge rounded boulder.

There were a couple of places that could be labelled "the crux" of the climb. One of them is seen in the photo above. The view below shows how quickly we gained those 800 feet!


As we neared the secondary peak, the terrain started leveling out. When the writer arrived on the slanted boulders, the others were speculating on the ease at which one could climb the high point boulder here. It was decided that "ease" was not involved so we started the traverse after a short rest. We could see the official Krafft Mountain peak rising up in the distance.

Traversing Krafft Mountain sounds easier than it is! The mountain seems to be made up of a jumbled mass of large boulders and traversing it requires route finding and lots of scrambling.


Finally, we arrived at the ridge saddle between the lower peak and higher peak. The climb would be easier at this point if we stayed on the trail. ... The front of the line missed the trail and began an adventure from the north side to the peak. The back of the line prudently climbed a short distance to the ridge, found the trail and strolled up to the peak without breaking a sweat!

While at the peak, a bandage was wrapped on a large bruise (try to avoid using the reverse gear while climbing on big loose rocks!) and we all signed into the log book. Today's view was fantastic! The weather was a bit warm.


We descended on the west side of Krafft that brought us through the sandy "beach" area. The photo to the left shows another interesting place in the descent. This crack is definitely easier when you are going up! Anyway, we dropped into the wash that runs on the west side of the mountain and began our descent to Gateway Canyon. There is a trail in the wash but hikers still have to contend with a lot of brush.

The wash also requires scrambling under and over large boulders. Fun! Eventually, we dropped into Gateway Canyon via the Candy Cane Chute in a very colorfully striped sandstone area.


Our hike through the familiar Gateway Canyon went quickly. The canyon was beautiful today ... as usual. The gravel, at this time, is very high and many of the obstacles are conquered quite easily. At last, the canyon dumped us out into a wide wash where we junctioned with the trail we came in on. Mike OC led us back to the cars on a slightly different trail route than the one we came in on. We will be sore tonight! 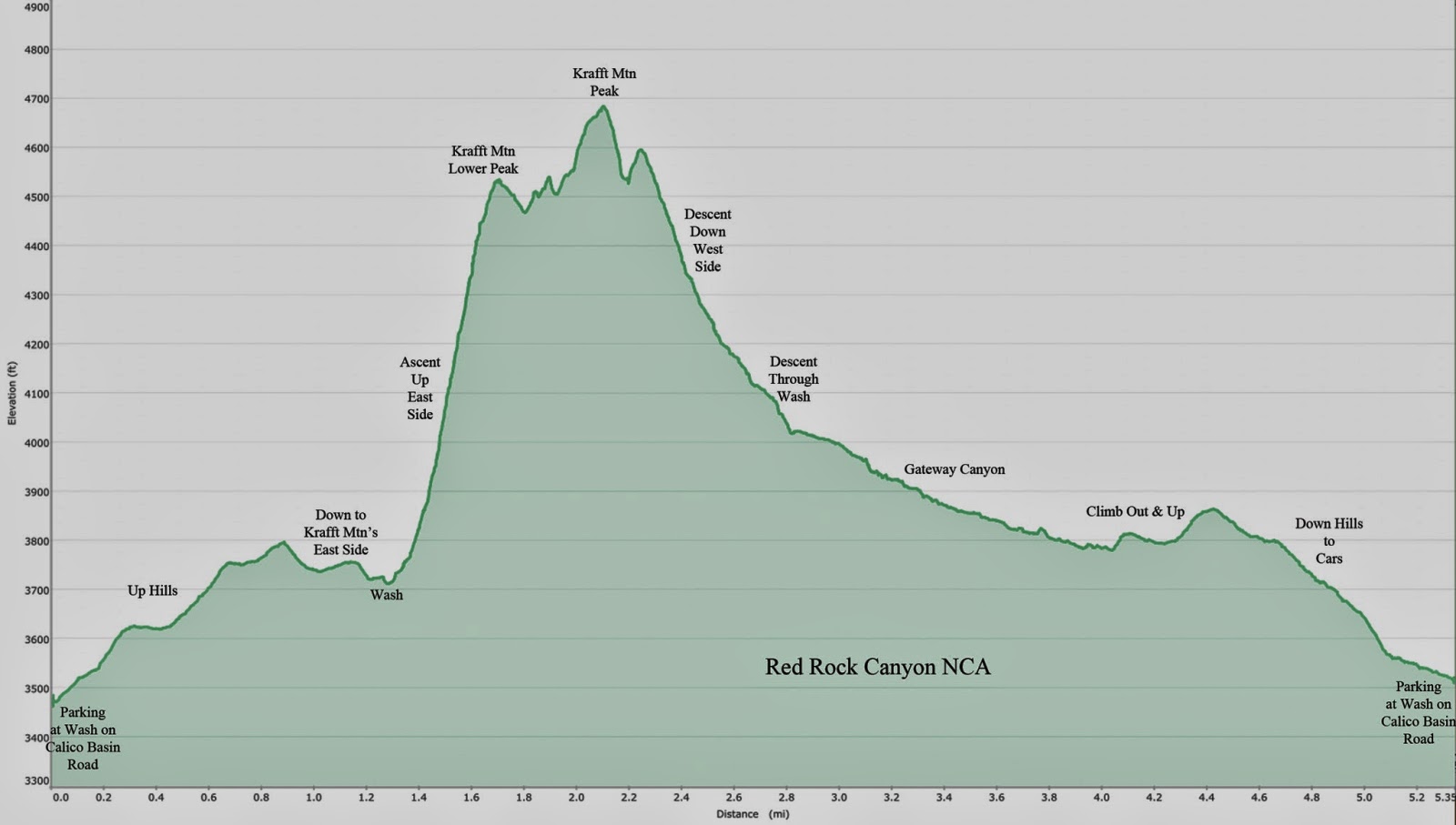 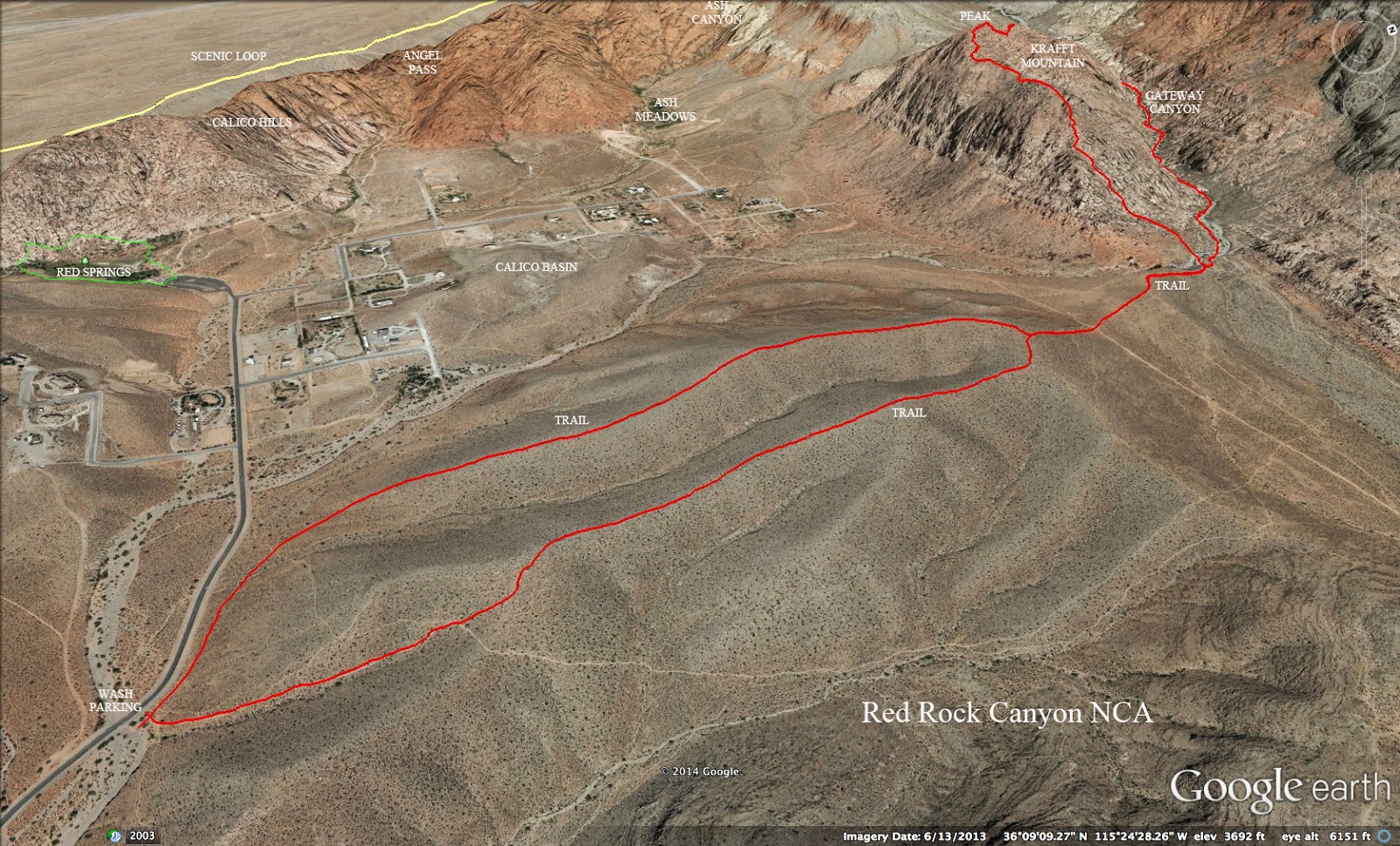 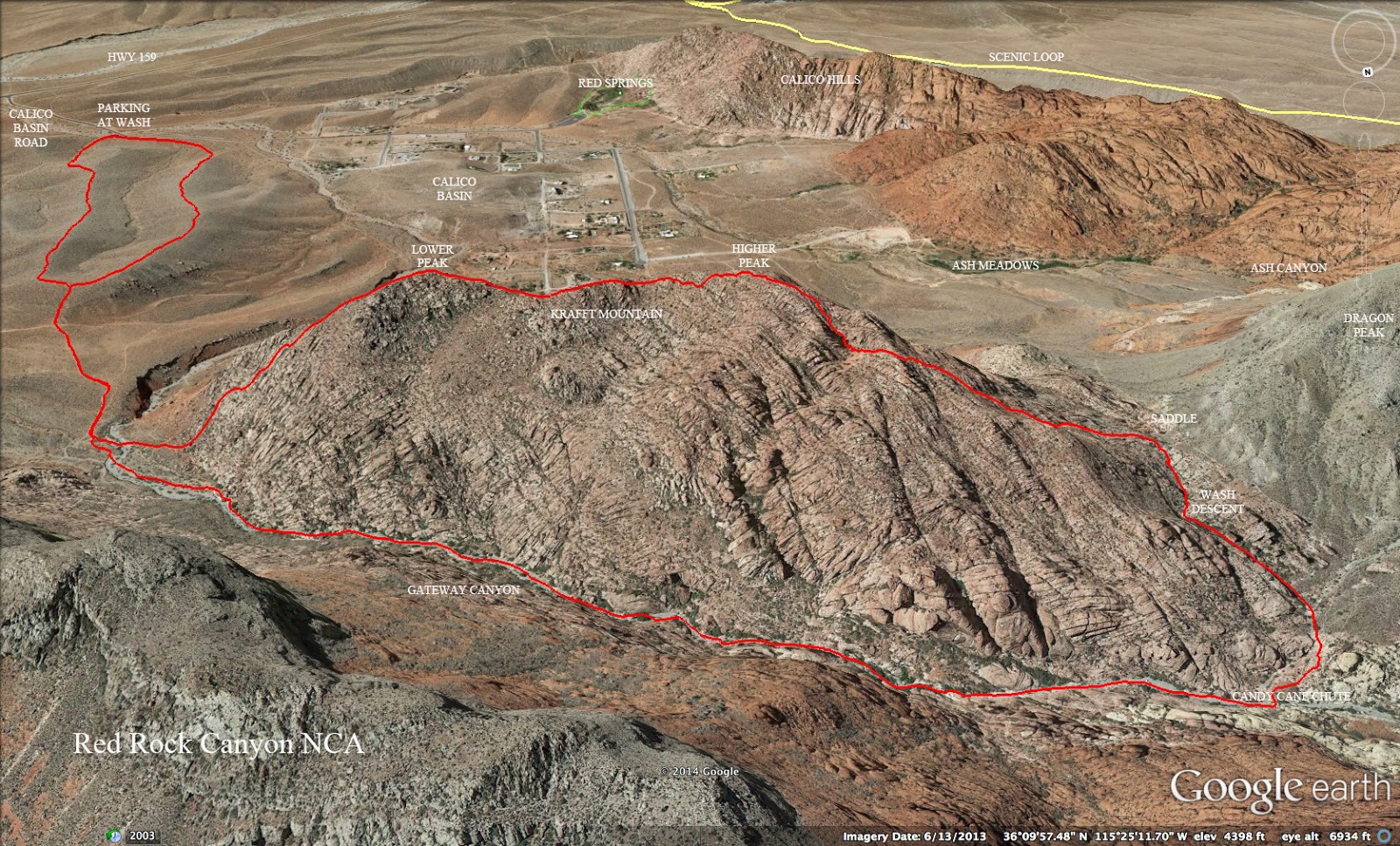