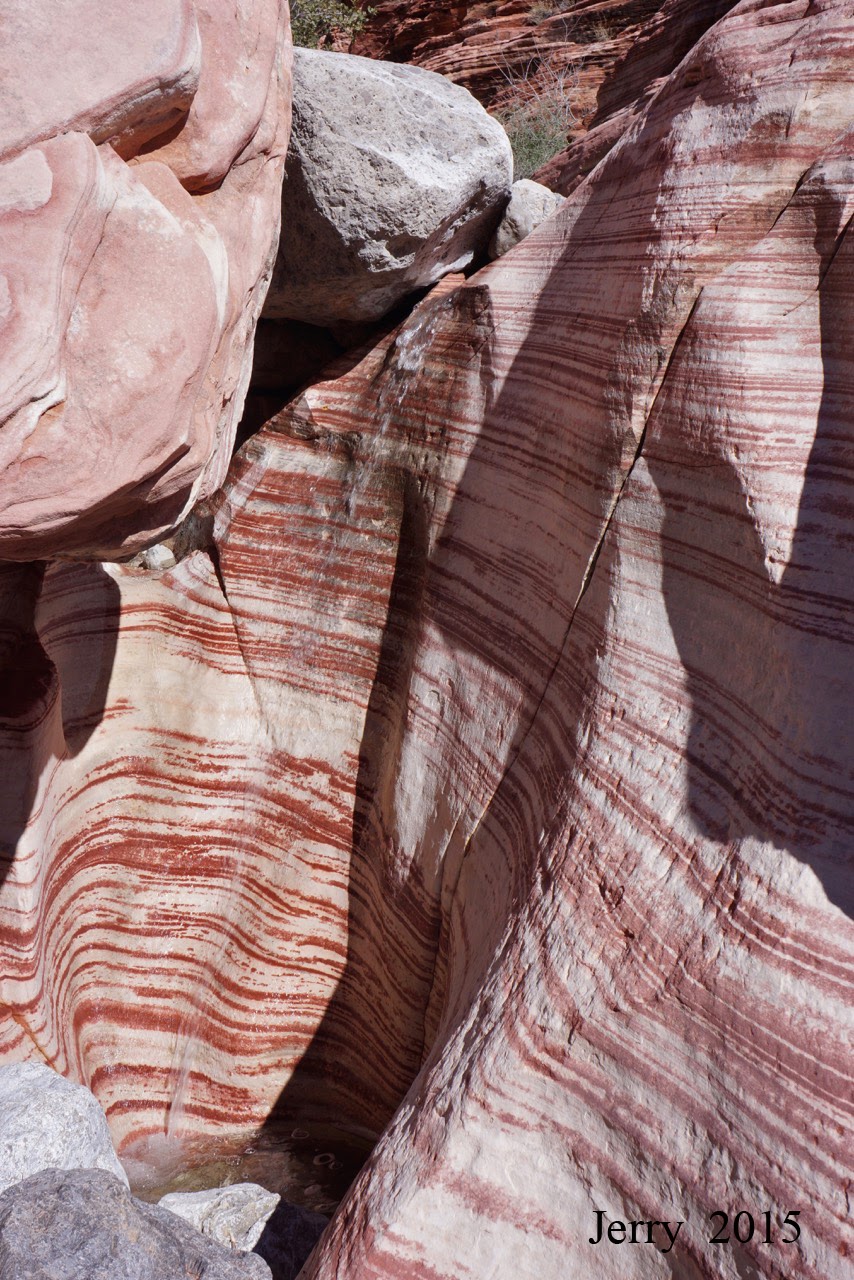 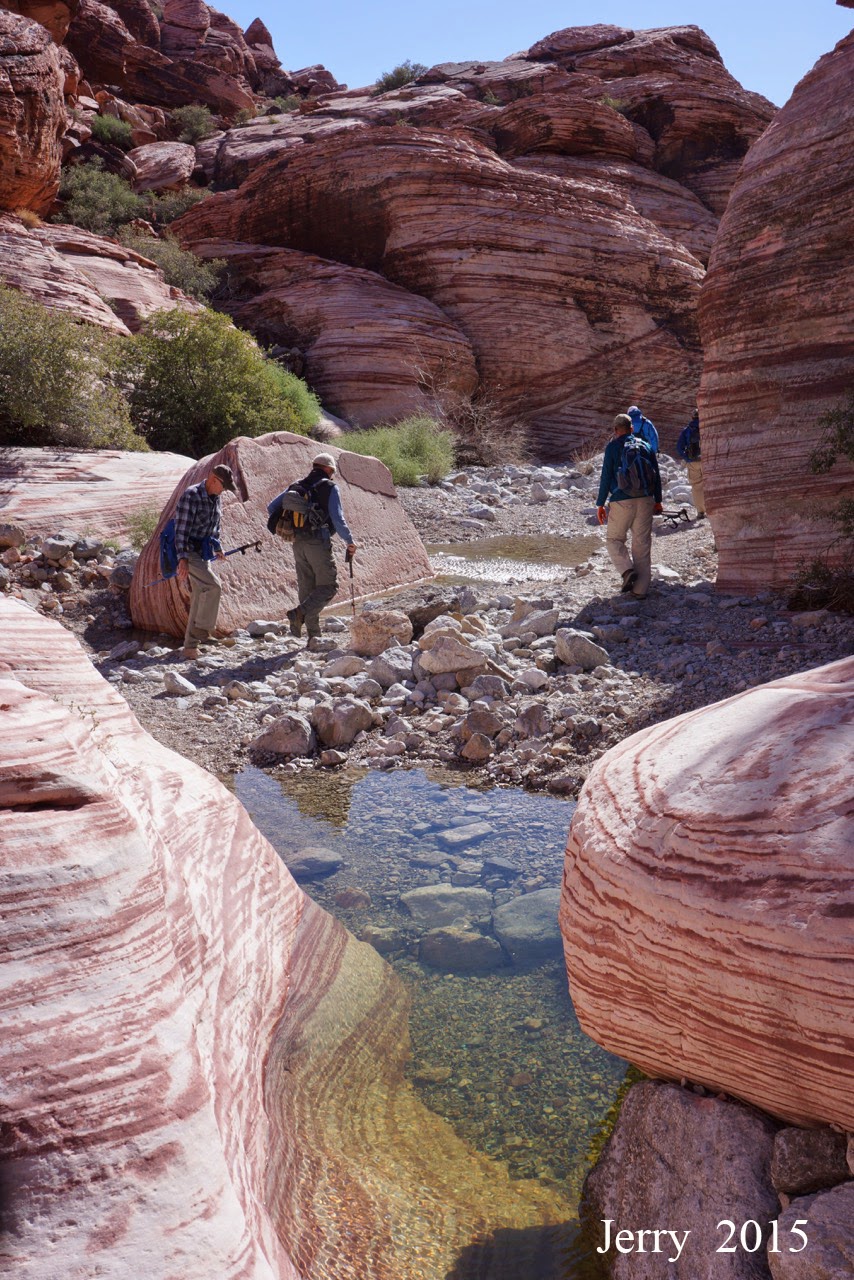 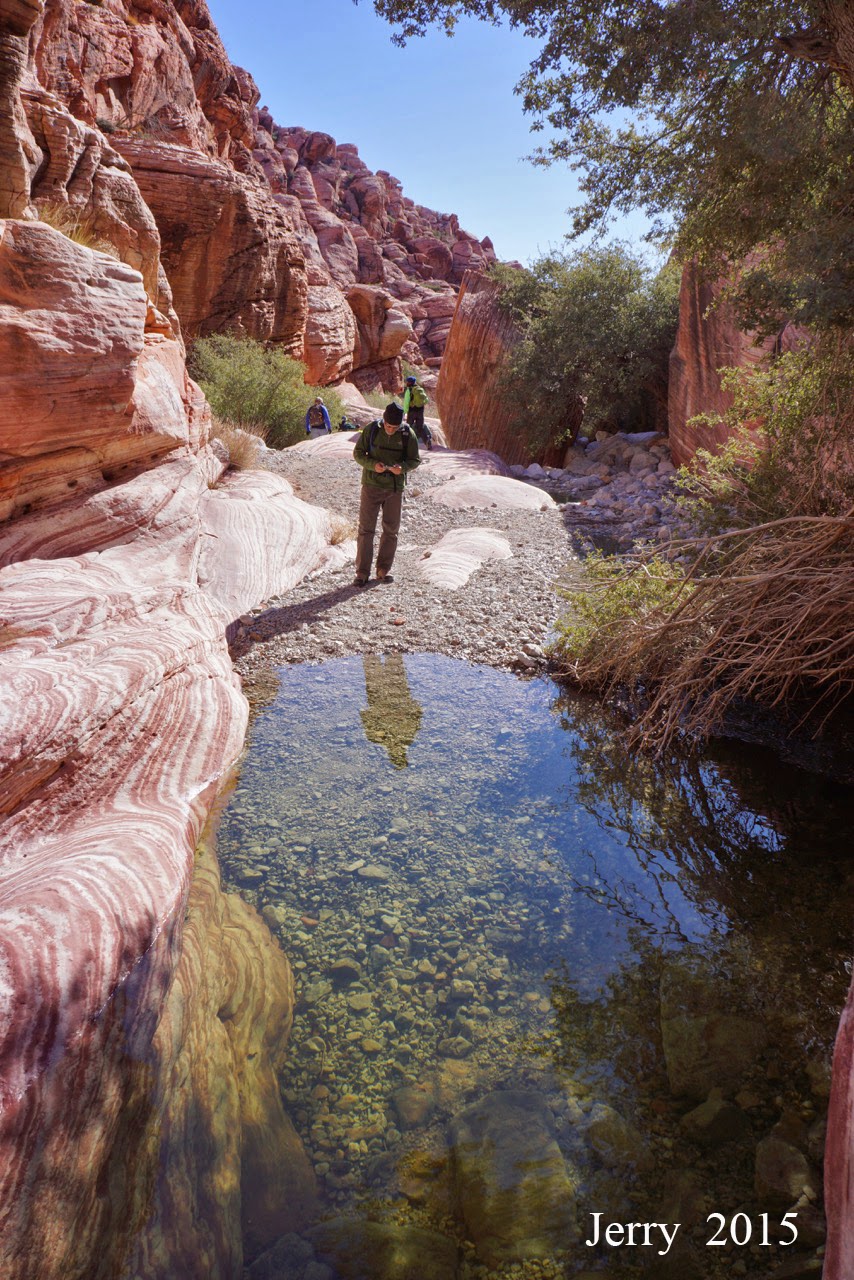 A "bunch" of men plus Anne decided that the best hiking route to do today was the Kraft Mountain Loop. It snowed down into the Red Rock area on Sunday and Monday so the Tuesday hikers had to forgo their foray onto Gunsight Peak. It would have been a tad slippery up there ... YIKES! In fact, the weather did not encourage any of the peak climbs by Tuesday and, well, why not enjoy Gateway Canyon?

Mike OC and Jerry Thomas sent photos of the romp but only a few comments were made. The photos probably speak for themselves. The GPS tracks below are from a previous hike we did when there was water in the canyon, however, the group today started and ended at the upper dirt parking area in Calico Basin. Jerry's comments are found below: 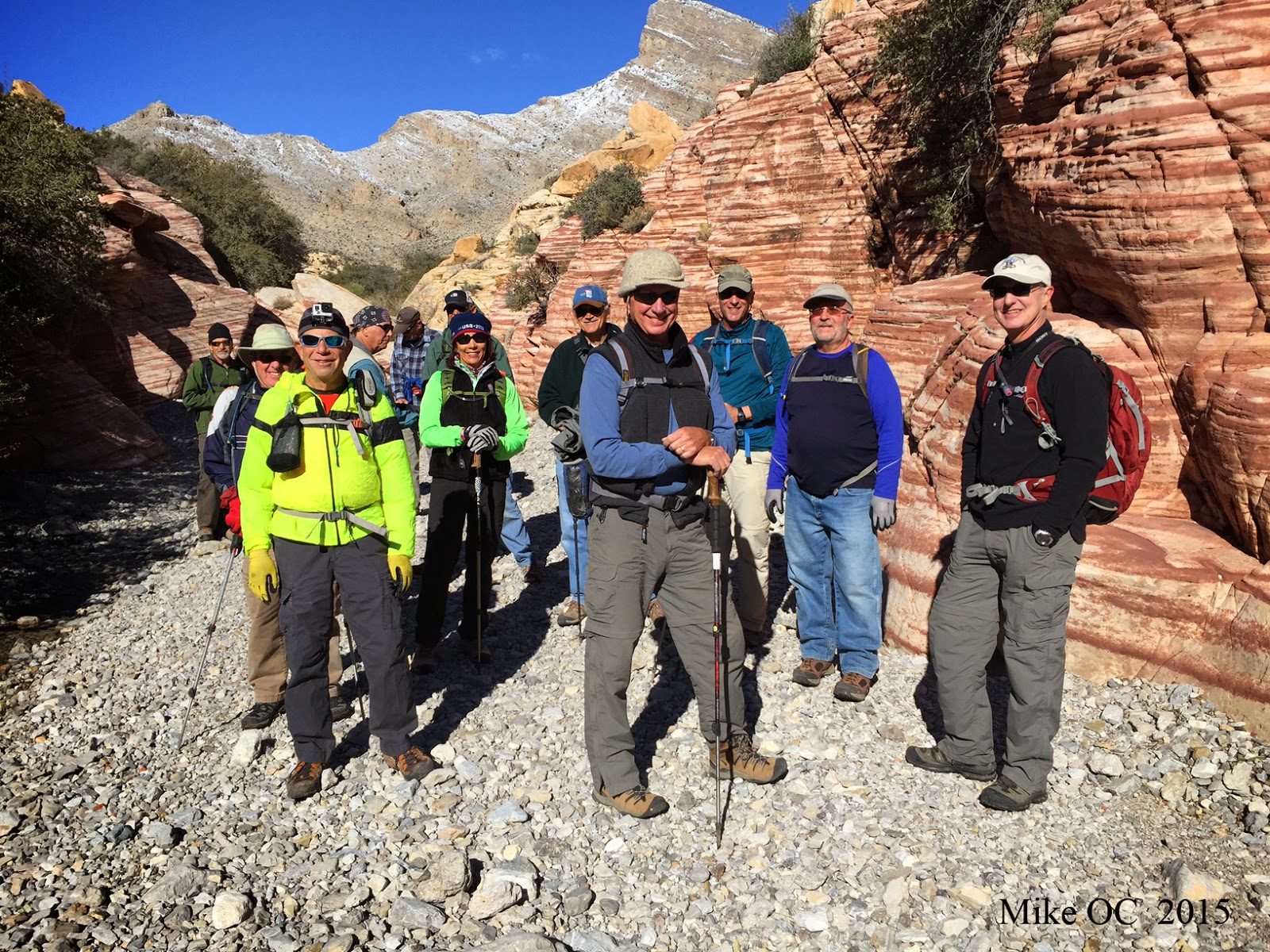 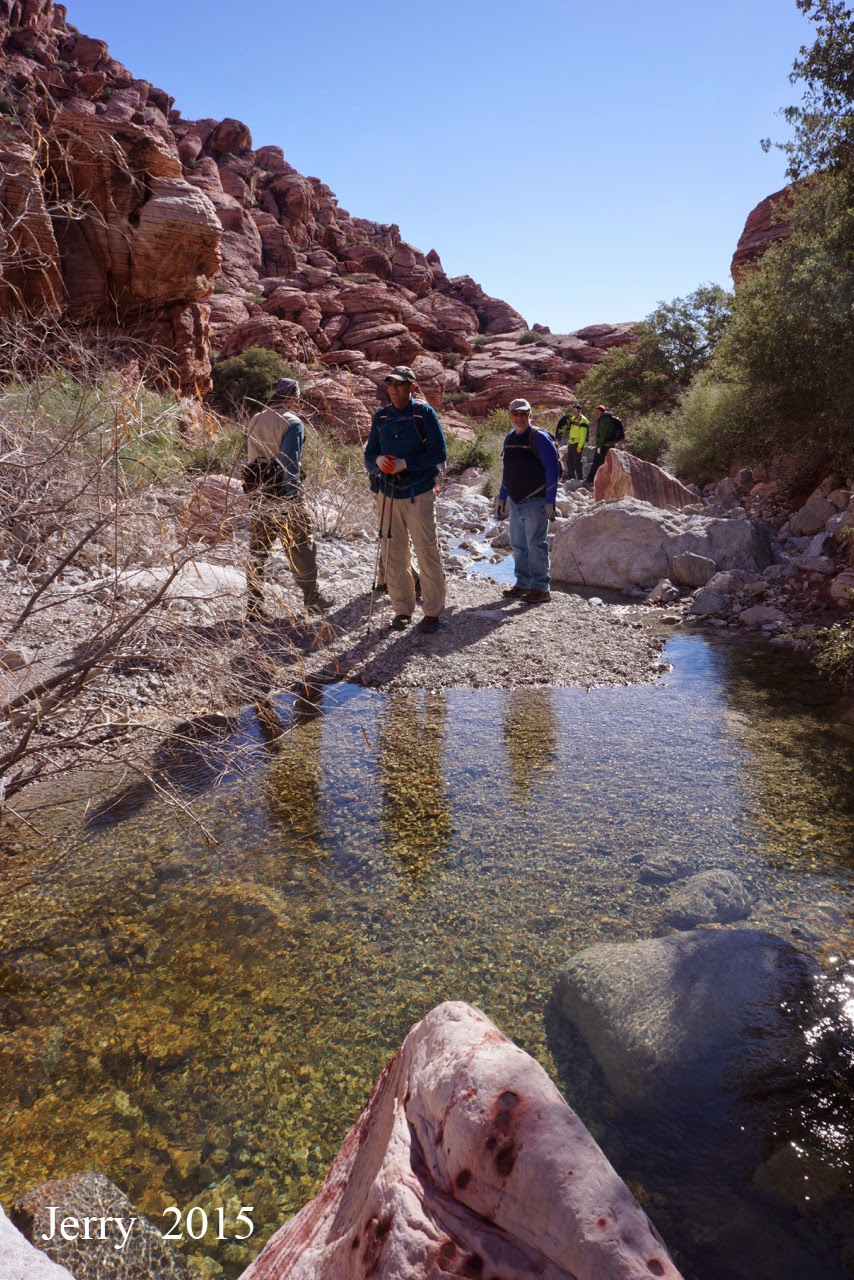 We had a bunch of men show up and Ann Maserati.  Mike Castle was there who I haven't seen in a long time.  It was windy and cold.  We started up five stop hill and took a shortcut into Gateway Canyon.  Oh, Tim and Patrick Connor were there, too.  Because of all the water the scrambling was a little more difficult.  At one point Doyle bent over to let people use his shoulder as support for a steep down climb off a boulder.  After we got to the end of the canyon, Steve Allen, Chuck Stinnent, Larry Shahan and I decided to go to the top of Kraft mountain and traverse across the top back to five stop hill.  The wind was really blowing on top.  We explored some areas that I rather not go back to! ~ Jerry 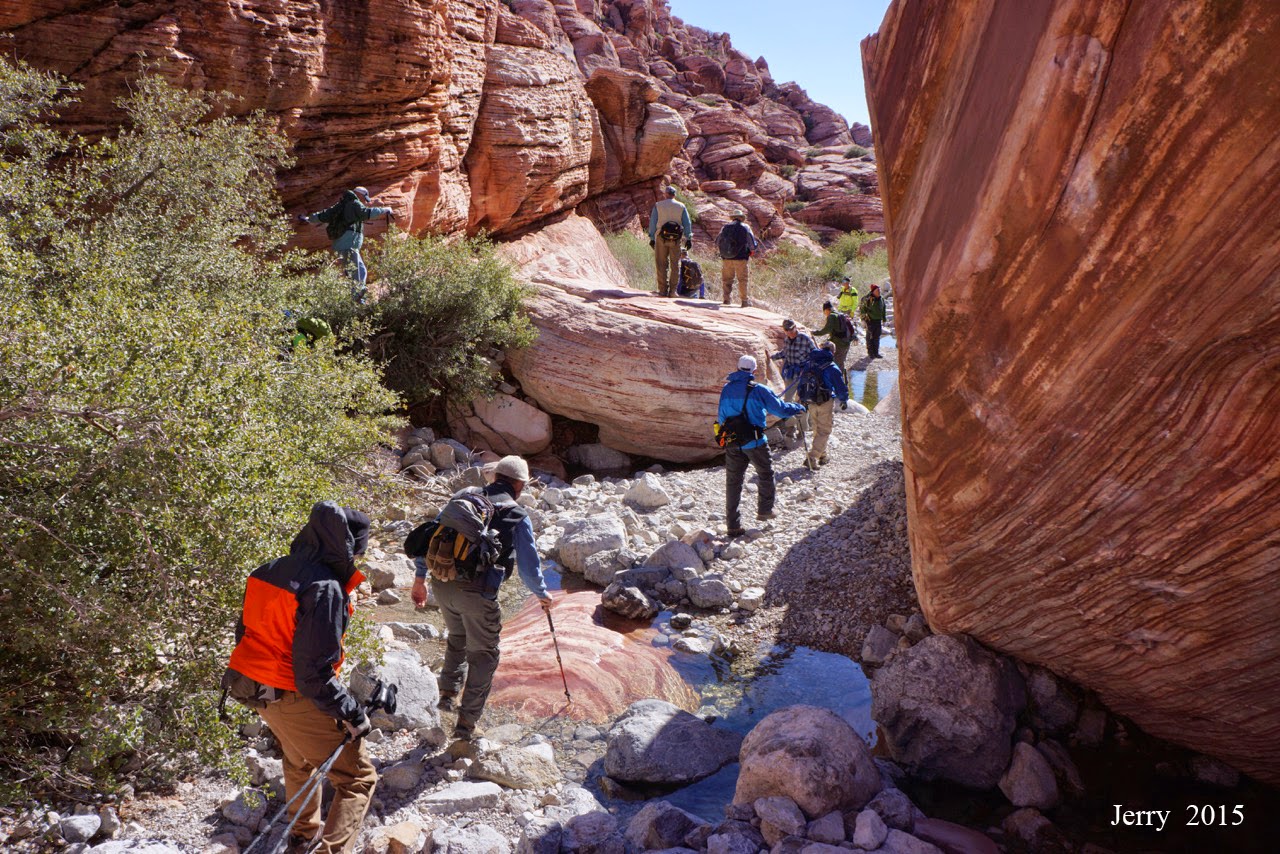 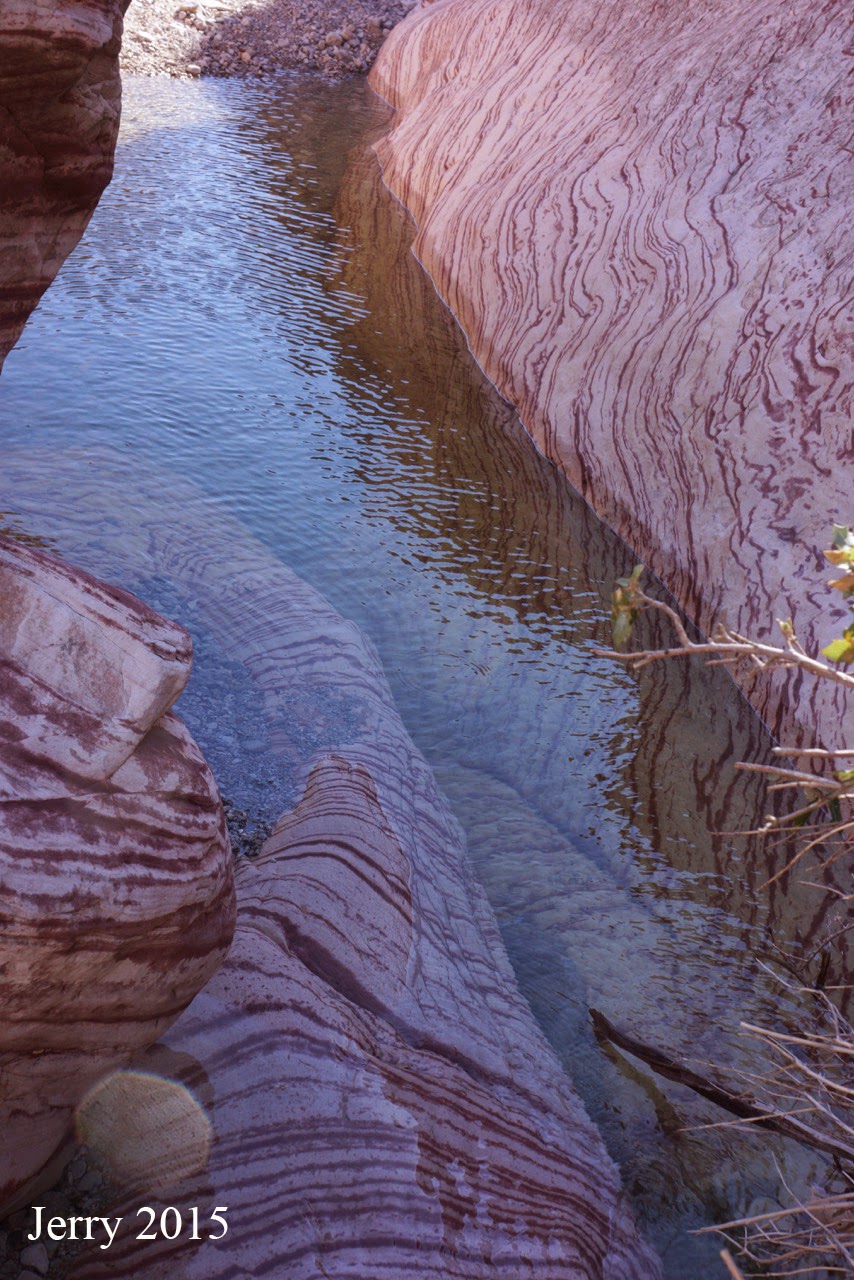 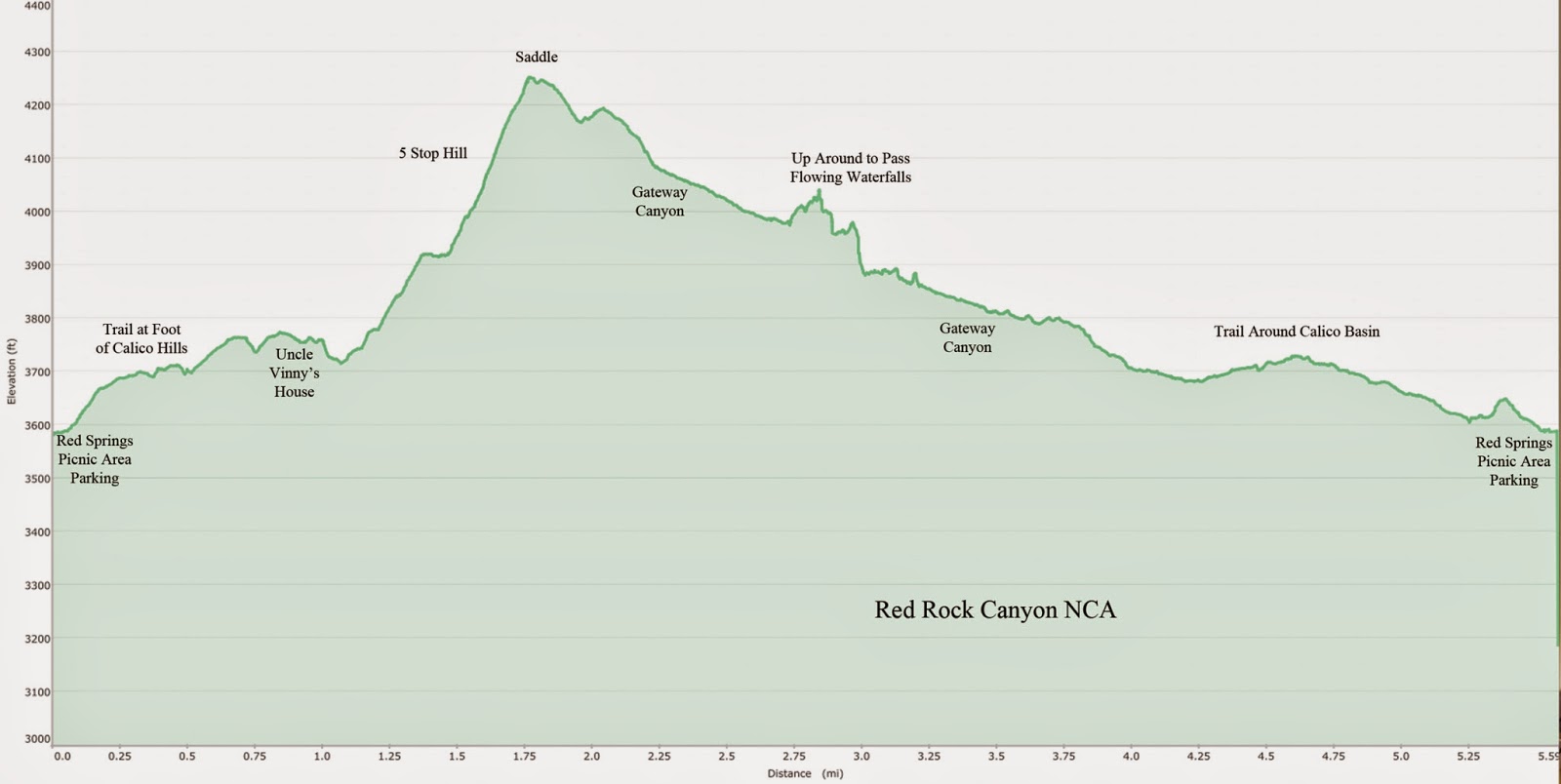 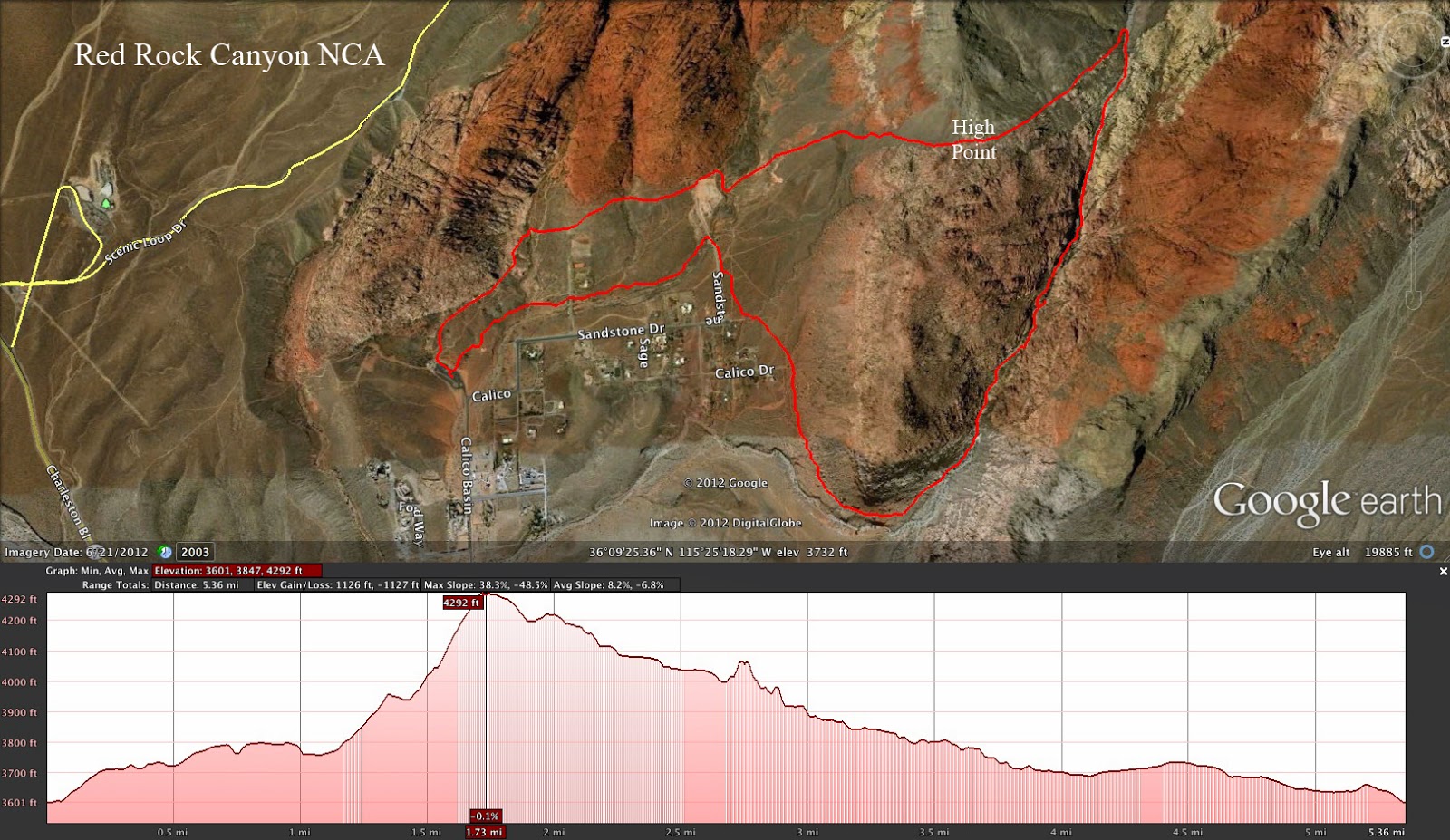 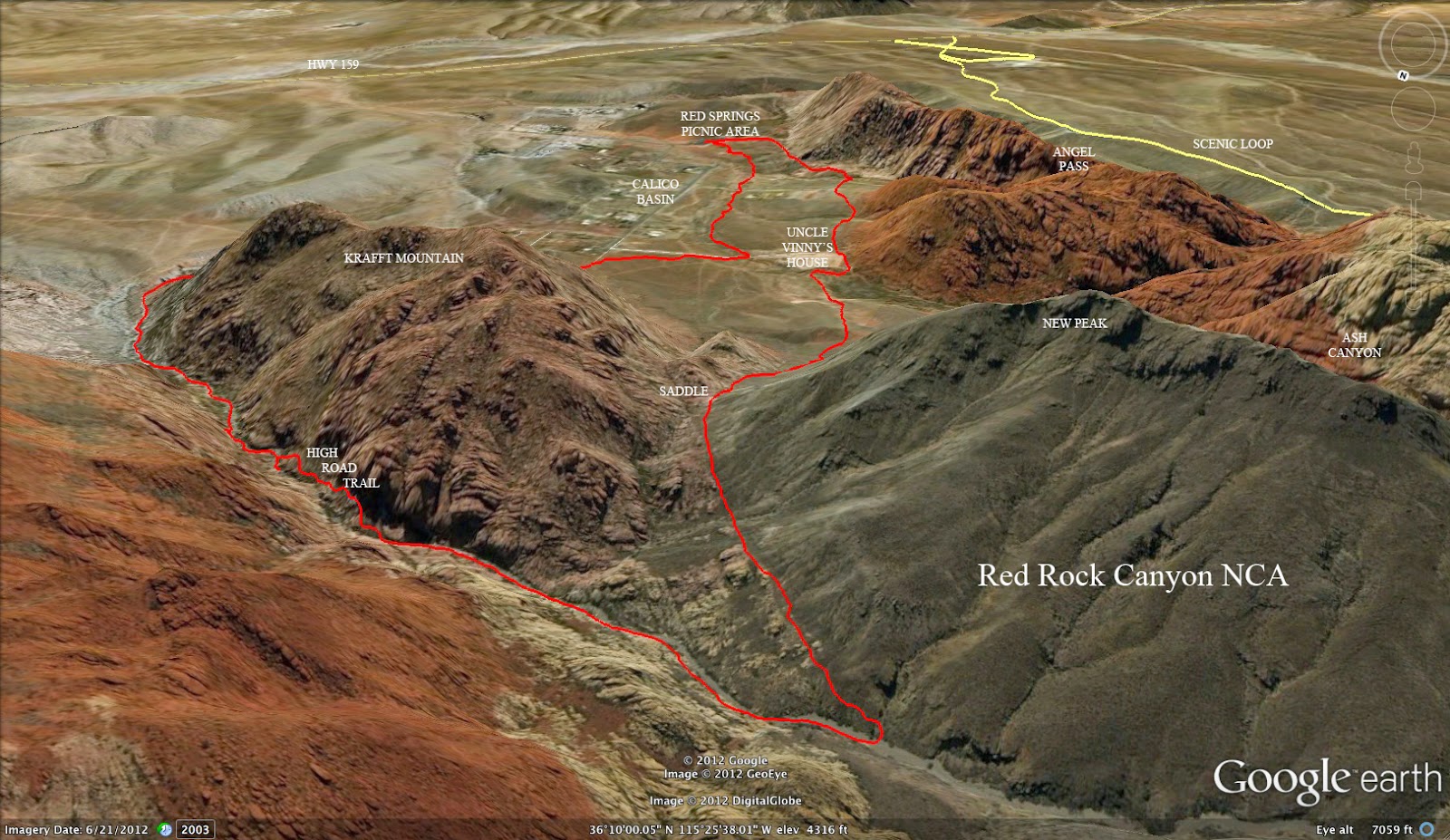 Posted by Las Vegas Cockapoo at 10:01 AM