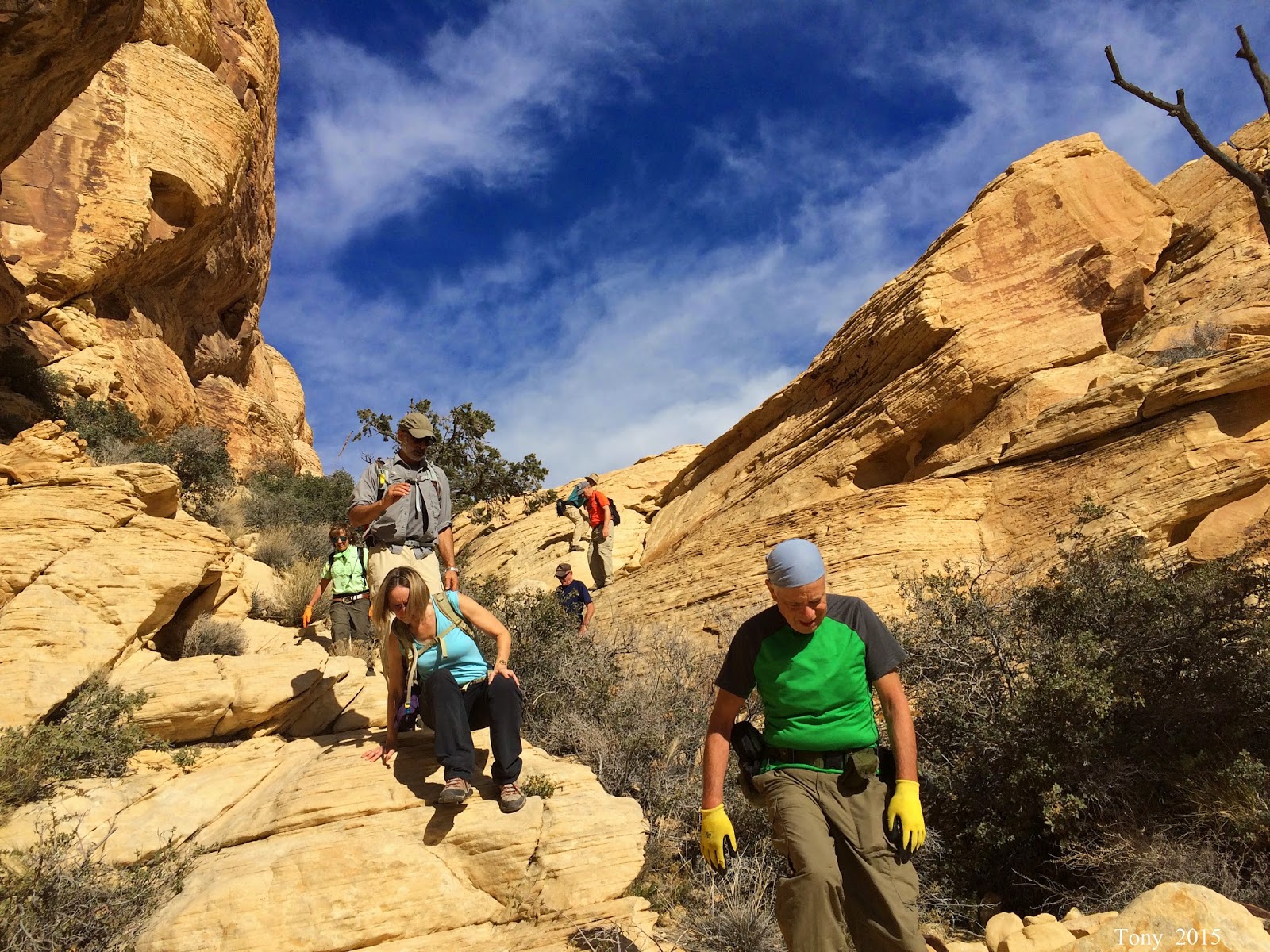 Friday, Tony led an interesting scramble for the club. He sent these photos and provided a GPS track. The first photo is from the writer's archives. Tony also wrote a few words which are quoted below.


Nine intrepid club members set out on a short but strenuous hike in the Calico Hills this morning. The first stop was Red Cap. We ascended a more traditional route up the west side approach. 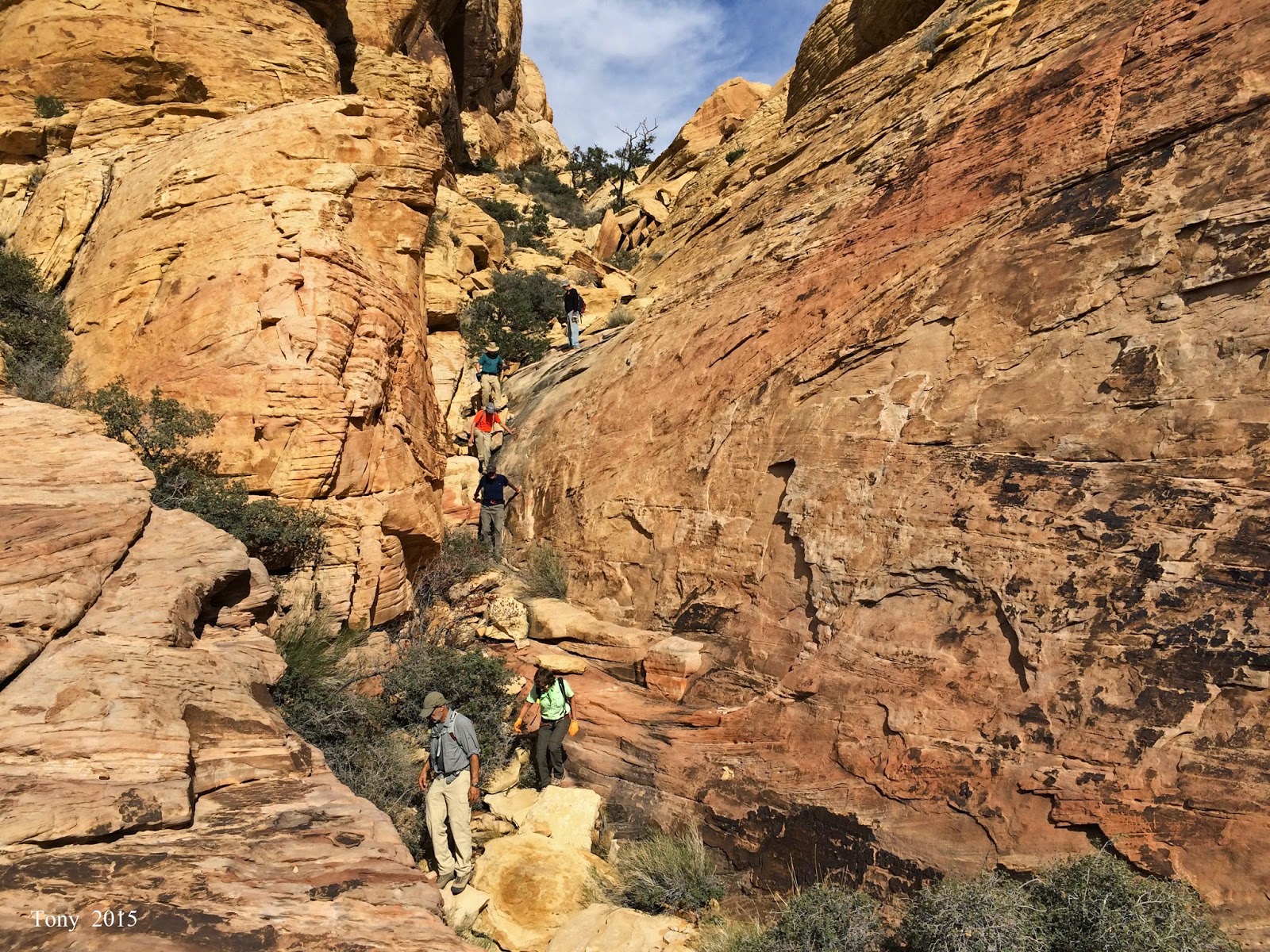 After a snack break at Red Cap, we took a brief detour over to one of the larger tanks. Then the fun began.  The group proceeded down along side Mass Production Wall, then headed up the main Calico Tank Trail to Rooster Rock.  We then proceeded behind Rooster Rock to begin a long descent down into a canyon (name unknown).


With lots of interesting scrambling, beautiful panoramas, numerous “which way do we go from here’s”, everyone contributed a few jabs and attempts at levity.  Along the way, several of the more advanced hikers suggested attempts at deviating from the coordinators lead.  At one point, 3 of the hikers committed to a slightly more challenging path. 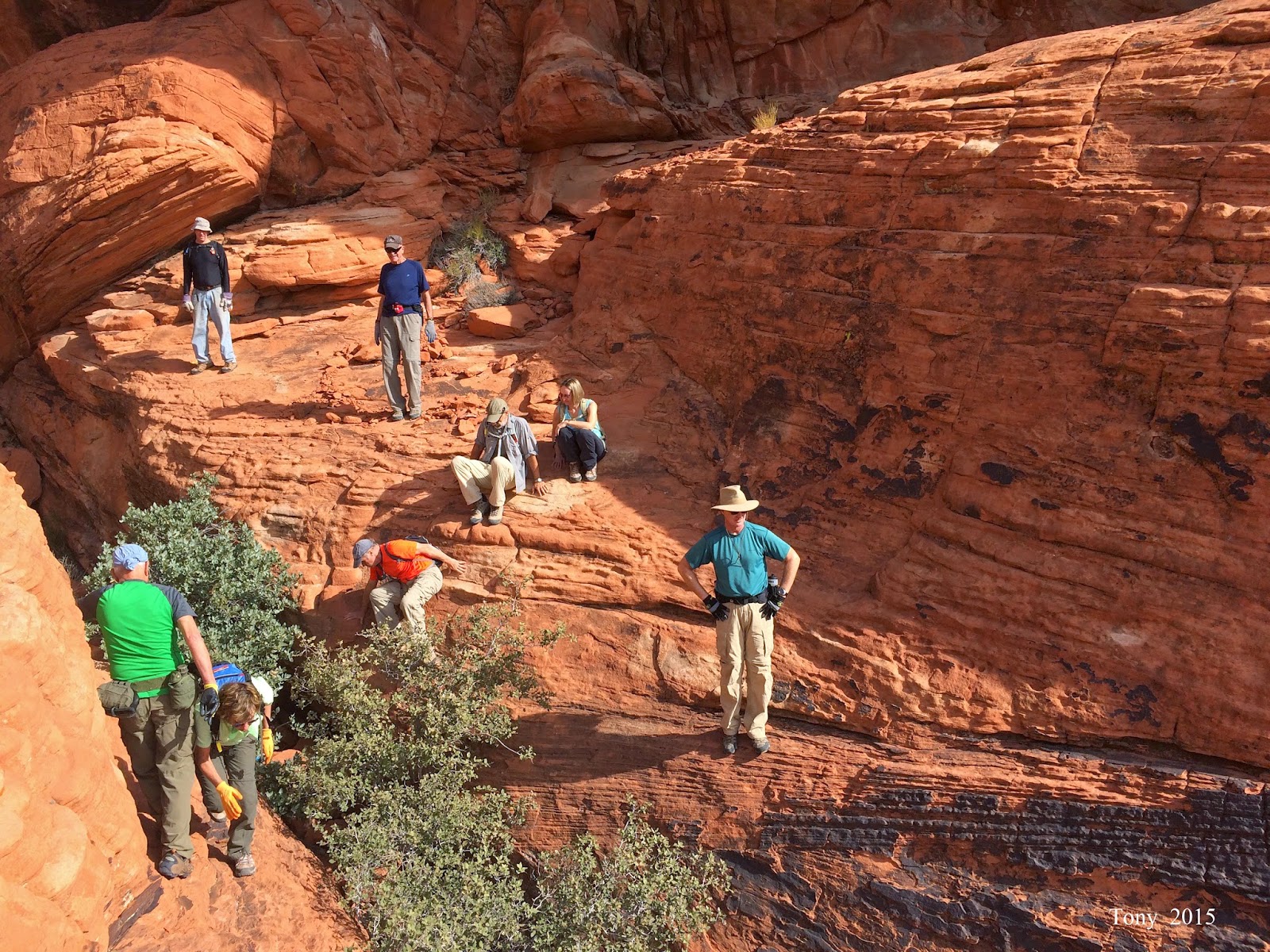 But for the most part, the track the coordinator used was the optimal path. One hiker asked, “Are we near the bottom yet?”  “No, not yet.  We have a ways to go.” Then we hit a little bottleneck, or as the coordinator called it, an 8 ft slide. One of our team contemplated a possible “better” route.  Umm,  . . . .who could that be?  We continued sharply down a narrow spine, with sections of some exposure. 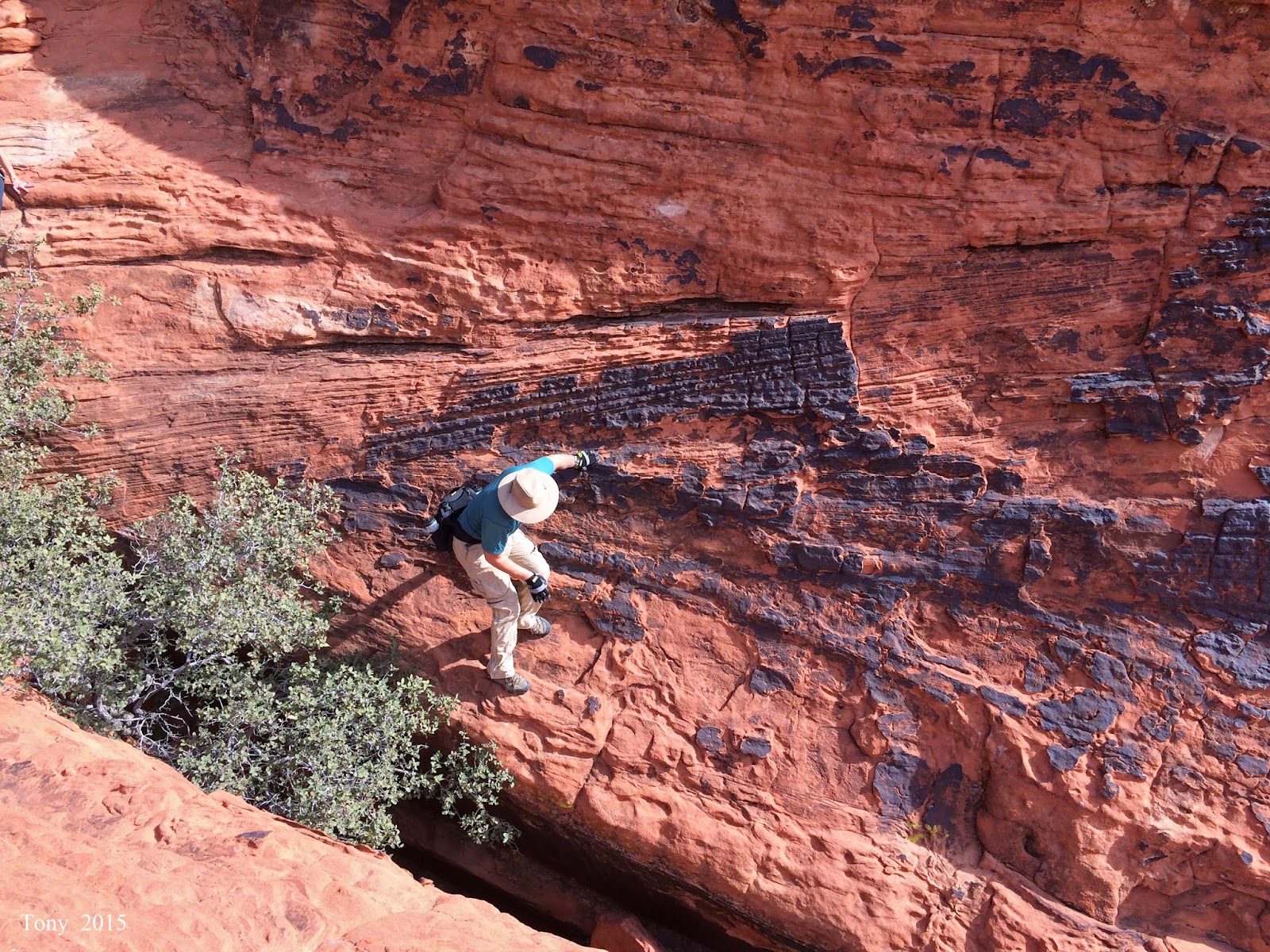 Alas, we reached bottom and the group posed in front of a gorgeous red sandstone natural monument.  We then proceeded up the hill and joined the Calico Hills trail back to the Sandstone Quarry Parking lot. 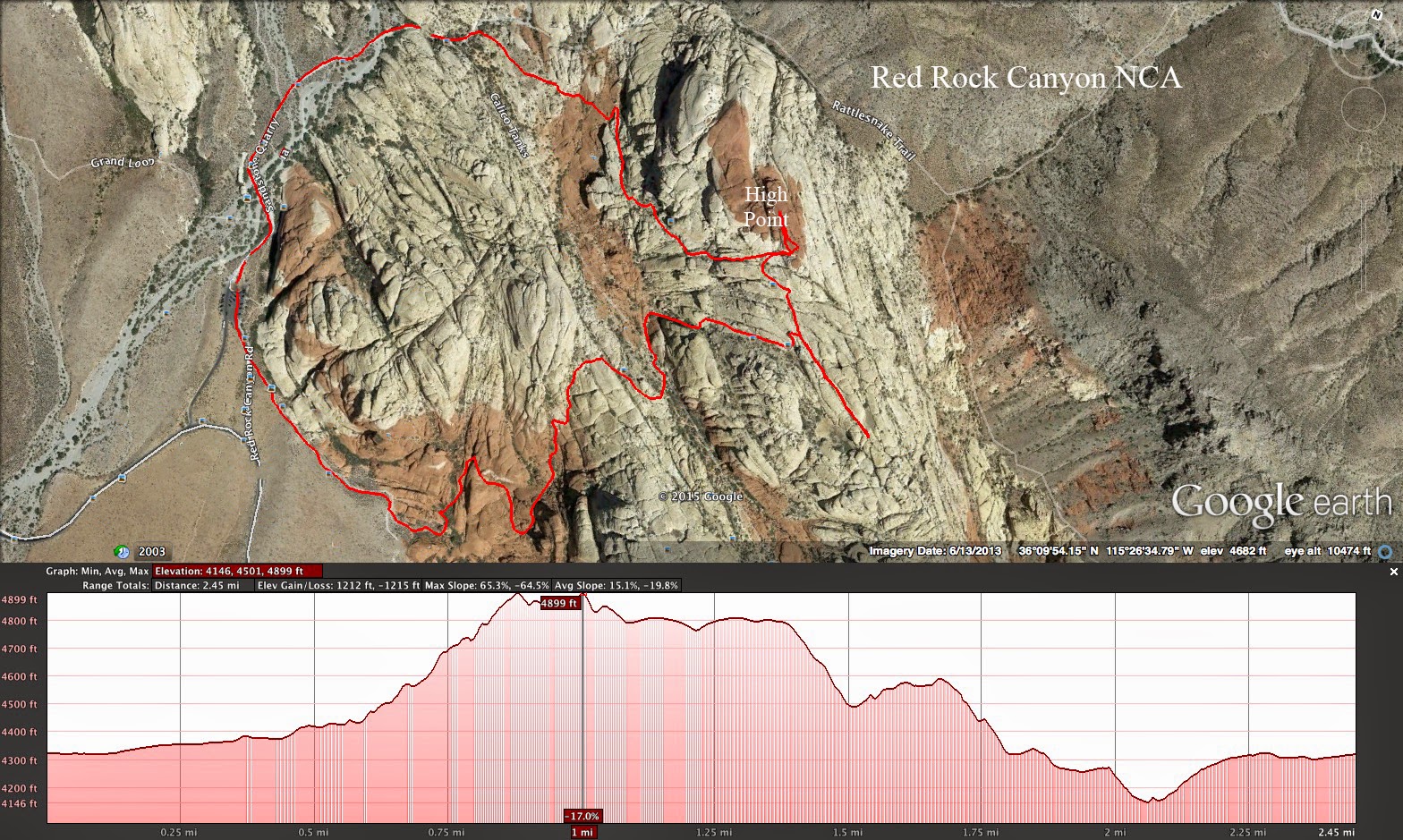 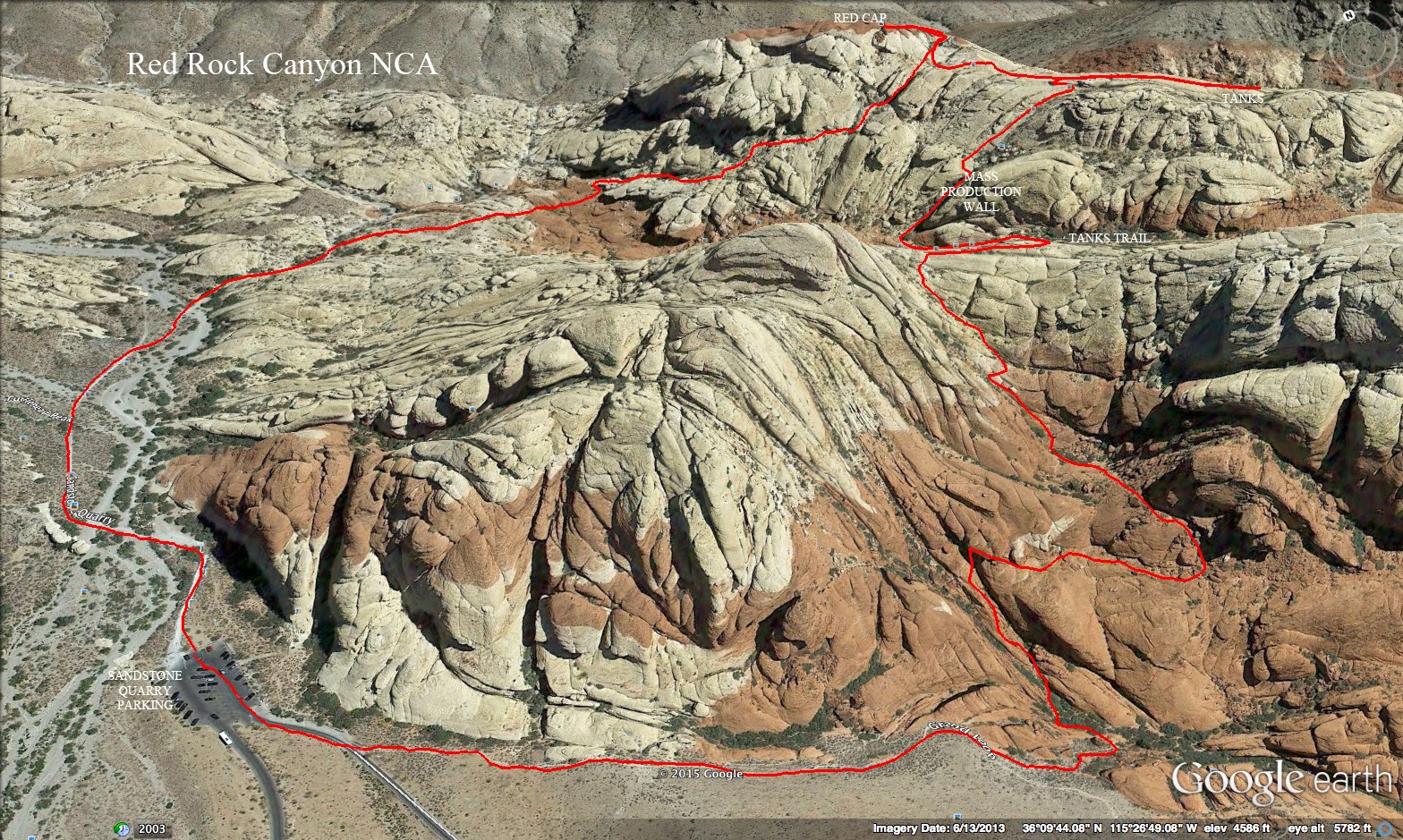