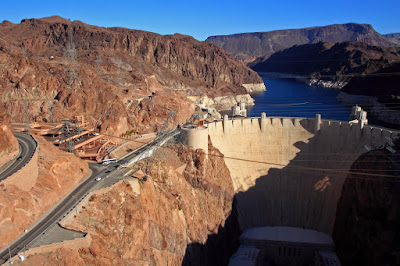 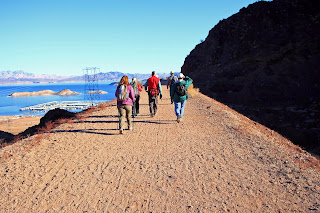 Thirty- four Around the Bend Friends celebrated Christmas Eve this morning by hiking the seven to nine mile Historic Railroad Tunnels, Hoover Dam and O'Callaghan- Tillman Bridge Trail. Although this seems like a mouthful of words, the hike covers a lot of interesting attractions. We divided into two groups (a fast group and a more leisurely group). Then the second group divided into two sub-groups when they got past the tunnels. One sub-group went to the bridge and one sub-group went to the dam. 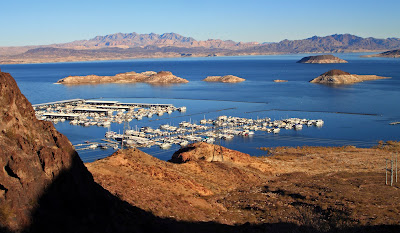 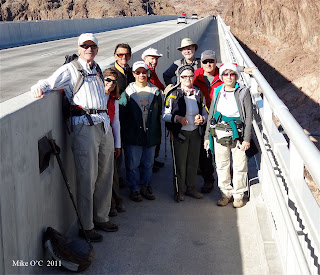 We would like to thank Steve A., Guy and Chris D. for coor- dinating the groups. Steve's group took off like a shot! We didn't take any breaks until we reached the bridge, our first stop. As we passed by Lake Mead, the early morning sun danced blue on the surface. There was noticeably more water in the lake as promised. We hiked from tunnel to tunnel in the shade but stayed warm by walking as fast as we could! 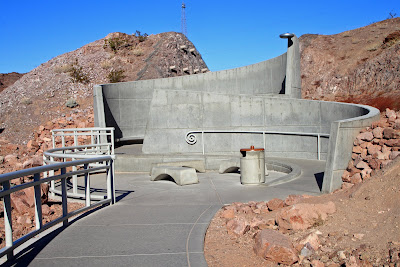 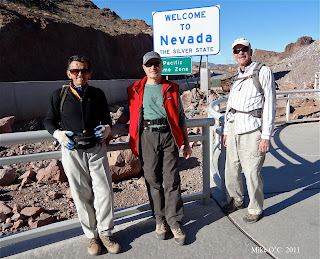 At the bridge, we took our time enjoying the scenery. There were very few tourists today and we almost had the bridge to ourselves in the beginning. A few hikers nervously peered over the railing at the dam from a standpoint three feet back. Others perched on the concrete wall behind the railing or hung over the railing getting our photos. Mike O'C contributed those photos with his name. The other photos were taken by the writer. Below, Mike took this photo of the writer and her husband high above the Colorado River below Hoover Dam. 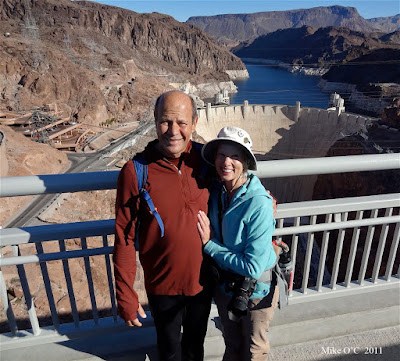 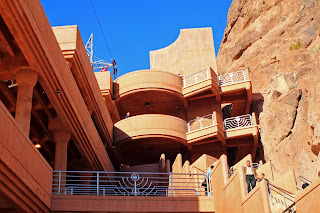 After the group finished with the bridge, we headed down the steps next to the restrooms in the bridge parking lot and hiked over to the dam. The stairs are a new addition to the attraction. There have been many improvements to the trail from beginning to end. However, there remains one needed set of steps that should lead from the tunnel trail down to the road by way of a spur trail that, of course, hikers will continue to use. 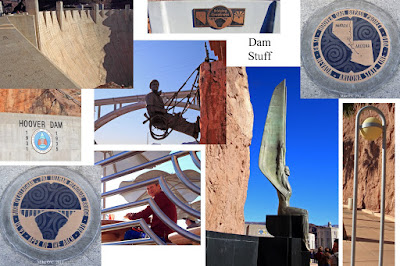 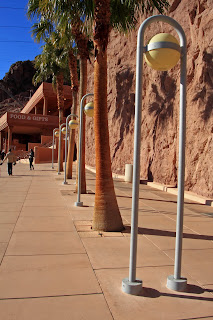 By this time of the morning, the 34 hikers were spread all over this area of the hike. We stayed down at the dam's picnic tables for around twenty minutes. Some hikers crossed the dam. Some hikers just took a break. And some hikers stayed up at the top level of the parking garage just overseeing the whole business. As we left the dam area, tourists were starting to come out of the woodwork. Buses had arrived and families were joining in the hiking fun. The weather had warmed up to near 60 degrees with no wind. Folks, it just doesn't get any better than that! 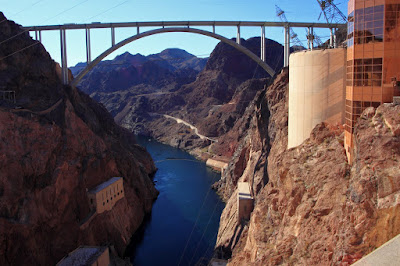 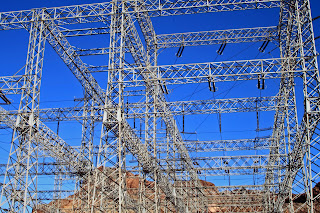 We hiked back through the tunnels as fast as we could but it was not as fast as we started out. Nine miles is still a pretty long way to hike at full throttle! We hope that everyone has a very Merry Christmas and an equally Happy New Year! Or, otherwise, just have really really Happy Holidays! Now ... where's that sliced ham? 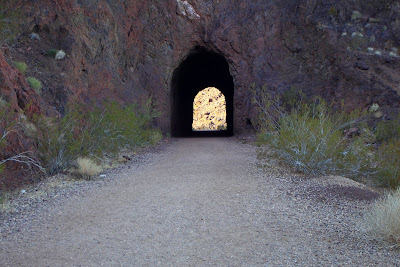 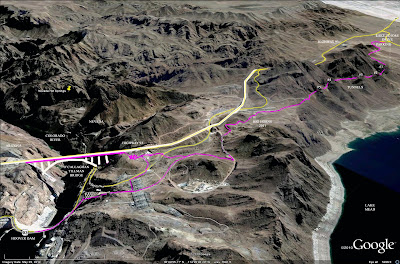