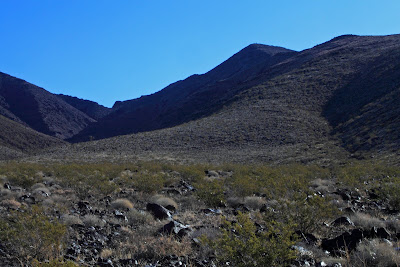 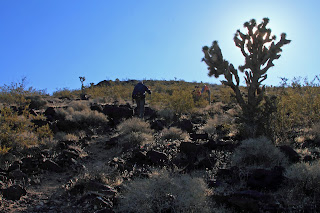 Eight hikers arrived at the Fracture Ridge Peak trailhead parking area within the Sun City Anthem community in Henderson, Nevada this morning looking forward to a pleasant up and down hike on the mountain range that boasts the largest peak in the southern portion of the Las Vegas area called Black Mountain (Henderson). Just to the south of Black Mountain is a smaller peak. This was the peak we were interested in today. 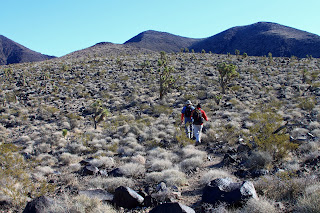 We began by hiking up the Black Mountain trail until we arrived at a trail junction that lead off to the right. Taking this trail, we crossed some lowlands filled with desert scrub and cacti. Eventually, we found ourselves climbing a steep hill. The view behind us of Las Vegas and the Spring Mountains became larger as we gained altitude. Being still pretty fresh in the energy department, the hill seemed short and forgiving. 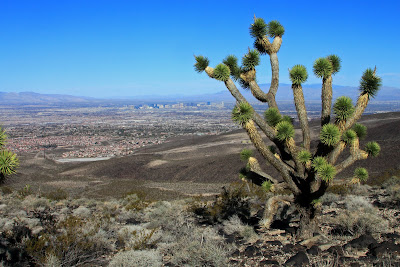 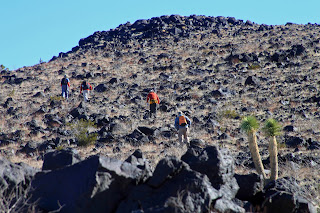 After the steep section ended, we progressed onward through a gradual ascent and enjoyed the scenery. There were very few joshua trees to block the view and the wide expanse of the ridge we were on gave us a feeling of hiking through a meadow. After this came the final climb to the peak which involved finding the trail among very large piles of lava boulders. 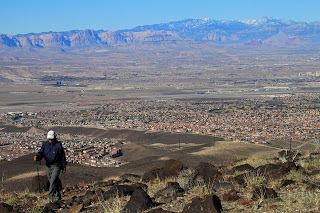 Seven of the eight hikers made it to the top where we had this view of Black Mountain seen below. The wind was cold on the ridge but there were several "seats" among the warm rocks on the southern side of the peak. Nevertheless, the peak stay was cut short due to the cold temperatures and we began a short fast flight down to just below the steep section. Here, we turned onto a more southern trail route that took us back to the water retention basin that we passed on the way up.

Fracture Ridge Peak is a beautiful trail with some variety in types of hiking. Almost seven miles with almost 2000 feet of elevation gain. 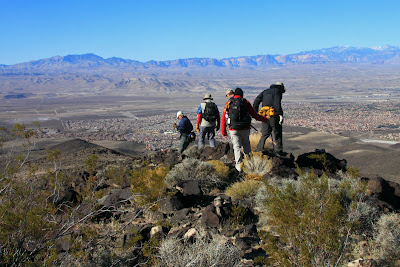 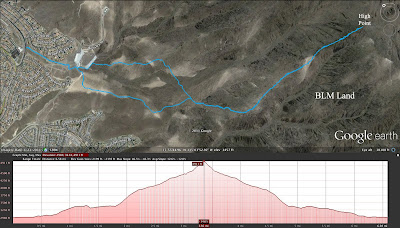 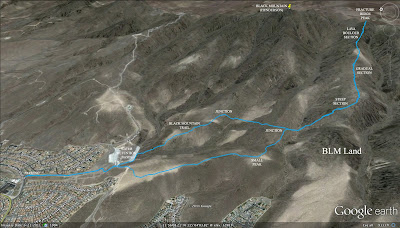