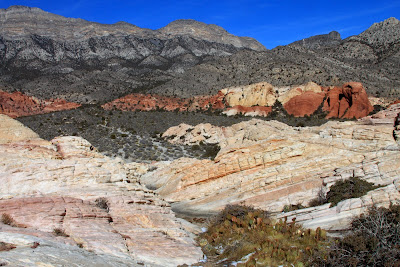 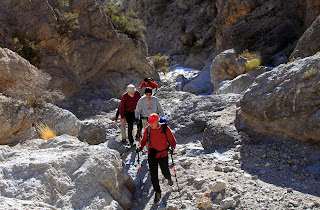 Today's hike was an eight mile loop hike out to Brownstone Canyon while completing a 360 degree circle around Turtlehead Peak. Twenty- two of the Around the Bend Friends' finest hikers participated even though the initial temperature at Sandstone Quarry off of the scenic loop at Red Rock Canyon NCA, Las Vegas, NV amounted to somewhere below freezing. 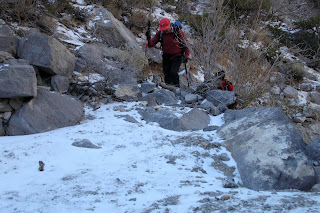 We were dressed appro- priately for our individual body temper- atures and after a warm up of half a mile, the writer's hands were no longer threatening frost bite! There was very little wind and this certainly helped matters. We started out on the Calico Tanks Trail and circled around to the base of Red Cap. 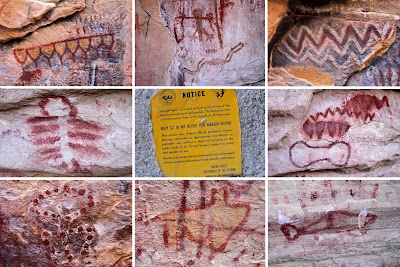 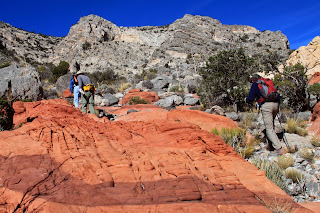 From Red Cap, we dropped down through a wash to Gateway Canyon and began climbing up wash through Upper Gateway. The limestone was slippery due to the cold and there was quite a few snow pockets lying in the shady spots. Our trip up through the canyon was pleasant and quick. 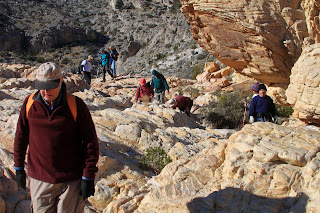 At the top of Gateway, we turned left to gain the top of the sandstone hill above us. Although this was a steep climb, it was colorful and the top provided us with a complete sandstone view to our right. We turned right and proceeded to hike over the beautiful plateau. 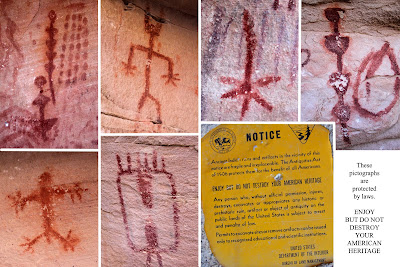 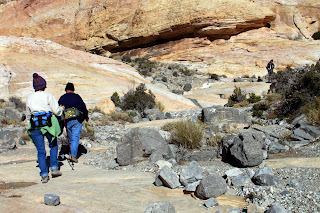 Finding our way across the sandstone fins, we came upon a very large tinaja. It was dry and had some plant growth within it. The word was that once in a while it is full of water. From here, we could see our entrance into Brownstone Canyon as seen in the first photo. 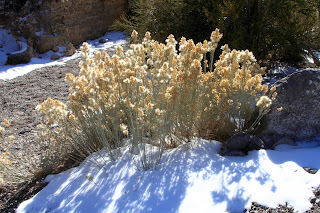 We dropped down one of those sandstone fins, crossed over to a bouldered steep wash and began a delicately dangerous drop over iced boulders to the floor of Brownstone Canyon. This drop is seen in the photo two pictures below. It took a while for everyone to get to the bottom but we were all walking just fine, thank you, as we strolled over to some large rocks lying in the wide wash and sat for a snack break. 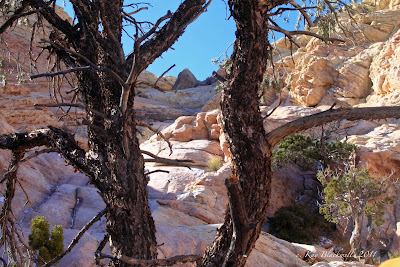 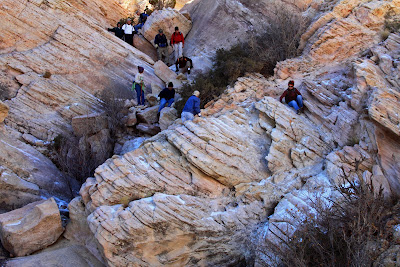 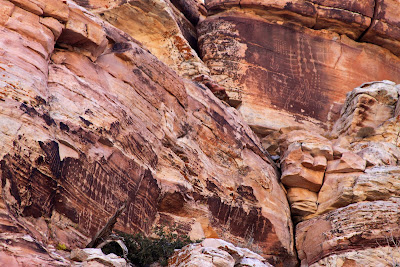 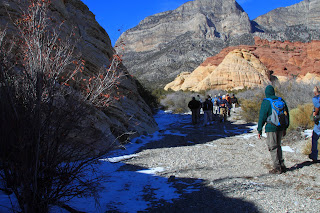 We didn't want to stop too long since we would get very cold very quick, so after a short break, we decided to explore down canyon to get a look at some petroglyphs very high up on the canyon wall. We returned to the snack spot and continued up canyon through a maze of washes. 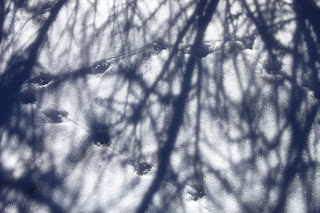 The gravel had some snow on it and through- out the hike, we saw various animal tracks. To the right is a photo of kangaroo rat tracks (notice the tail marks). There were many rabbit tracks. We also saw bighorn and bobcat tracks. Our fearless leader, Don C., did an excellent job guiding us through the maze and we magically ended up at the end of a particular wash where we had to climb up the hill to our left that was unfortunately covered with a thin layer of snow. 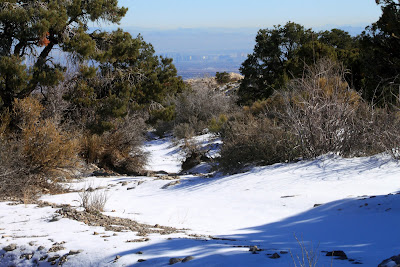 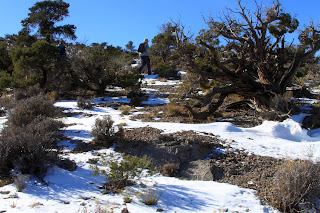 Because of the snow, we were unable to locate the trail in this area until we bush- whacked all the way over to the target saddle where we would begin our descent. After re-gathering at the saddle, we started hiking down the now- found trail which lead us through a narrow wash. 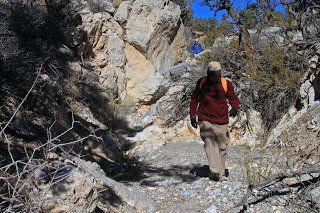 This narrow wash opened out into the wide wash at the base of the front side of Turtlehead Peak. We connected with the Turtlehead Trail and finished out the hike at Sandstone Quarry around five hours after setting out at the same spot. The temperatures had climbed up to forty degrees ... almost balmy, don't you think? 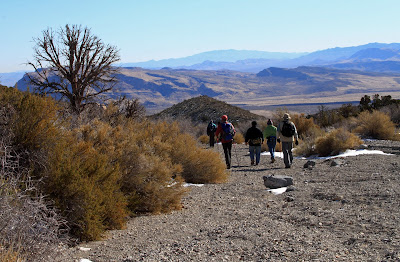 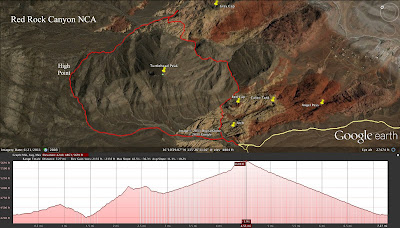 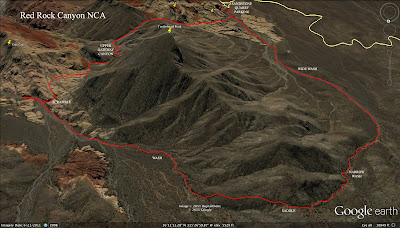 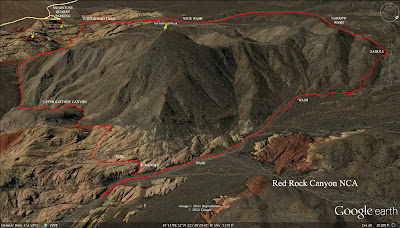