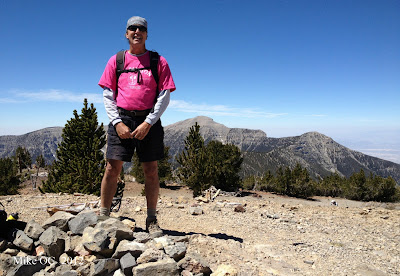 Mark on Mummy's Tummy with Mt. Charleston in the background.

Mike OC reported on Tuesday's hike as written below. Mummy Mountain has several hiking destinations. This hike is to its highest point just a hop, skip and a great big jump from Mt. Charleston. Thanks, Mike. You always have such a great way with words! 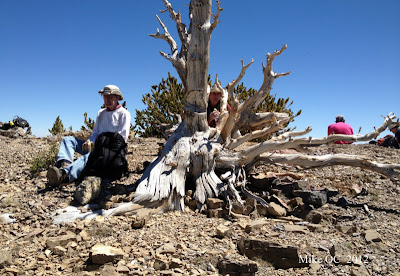 Great place for a picnic!

Seven ornery hombres set out from Trail Canyon on a brisk, 52-degree morning.  Destination:  Mummy's Tummy.  Two-and-a-half hours later, six tired puppies set foot on the second highest summit in southern Nevada.  Rising to a height of 11,542 feet, the Tummy bows only to Mt. Charleston, her superior by less than 400 vertical feet. 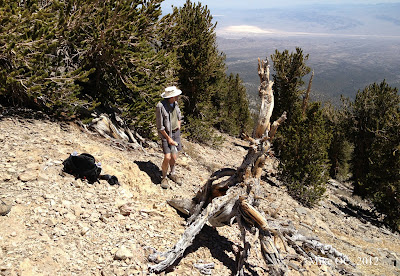 Ascending with alacrity, it was a no-nonsense, no-conversation affair.  Ninety minutes into the trek, the formidable septet found themselves staring at the massive scree field hard by the North Loop Trail.  This 35º slope with 550 vertical feet is always the crux of the hike.  On the steeper sections, it seems like it's two steps forward and one back.  In your face, for sure. 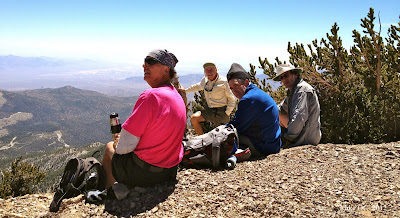 Sitting on top of the world.


After some additional steep stuff at the top of the talus field, followed by a mild third-class chute, the pinnacle was attained.  But summit time was limited on this blustery morn, as a wicked wind and freezing temperatures assaulted the cadre.  Jackets were donned and sandwiches were downed, but lower elevations and warmer climes beckoned.  It was time to descend. 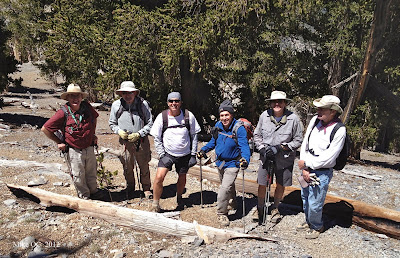 Another robust AtBF Tuesday trek in the books. 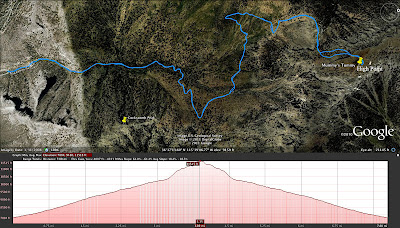 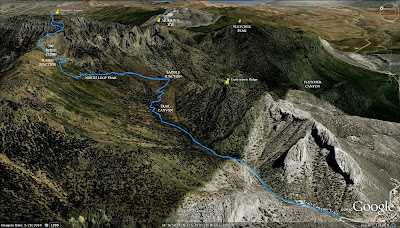 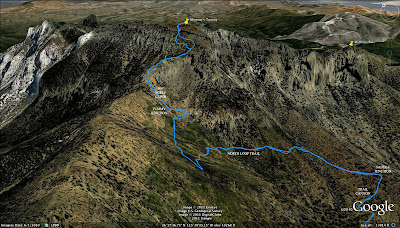 Posted by Las Vegas Cockapoo at 9:50 AM