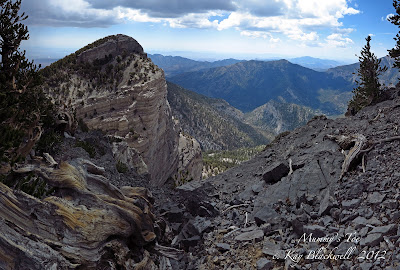 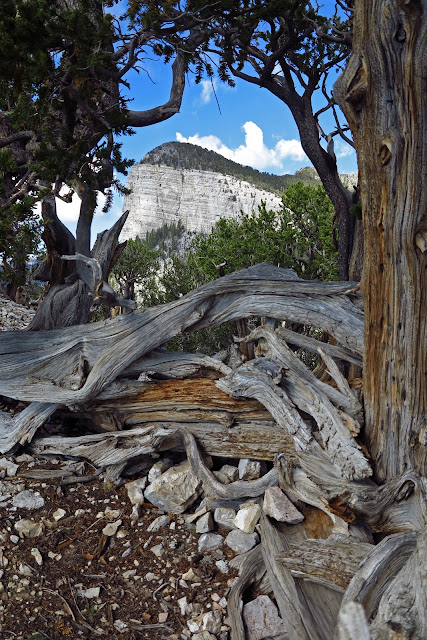 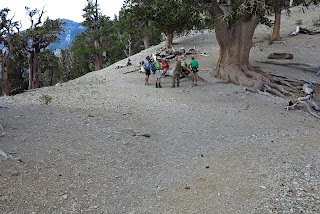 Today's Super Tuesday Hike was an eight mile adventure up to Mummy's Toe by way of a body part unknown ... perhaps a thigh. There were seven hikers who began and ended at the North Loop trailhead parking. The hike began by climbing the North Loop Trail up to Raintree. Three hikers decided to vary the scenery by using the winter trail that goes over a small peak which cuts off the high point corner. Otherwise, it was a necessary climb up 1500 elevation feet over 2.6 miles just to start the main part of the hike. After reaching Raintree and resting for a moment, we turned right and marched toward Mummy Springs. This was a bit of downhill which was a welcome respite for our legs. We passed the springs and the Deer Creek Canyon approach to the area, rounded a corner and up we went on seven steep switchbacks. At the end of the switchbacks, the two newbies were informed that the real hike was about to begin! 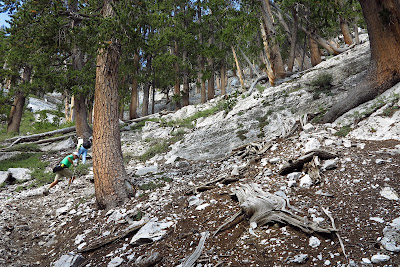 Laboring up the very steep terrain of Mummy Mountain. 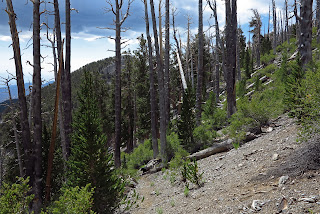 The terrain got very steep and slippery. The switchbacks were gone. Each step had to be calculated for possible sliding backwards. Very soon, the timing for the two newbies became ten or fifteen small steps up then a break to breathe. When we looked to our left, we saw the back of Mummy's Toe. Hmmm. Aren't we supposed to be going in that direction? What do we (the newbies) know? We were just following those in the know! This was all new for us newbies. So up we went ... and up ... and up ... and up. Finally, someone says, "Hey! We are too far over on the ridge." (I would like to point out that this is a highly unusual situation!) 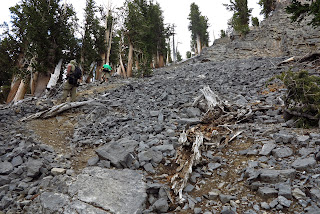 There was some discussion later as to exactly what body part we were nearing. It was somewhere below the Tummy and above the Knee. Yep. Let's just call it the thigh. Anyway, a steep traverse over the Knee was necessary to reach the Toe which rose in the near distance. Regardless of the mistaken route, the view of Mummy's Toe from the Knee hump was fantastic and it yielded the photo seen at the top of this entry. 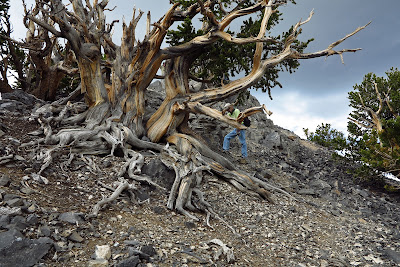 The final steps up to Mummy's Toe Peak. 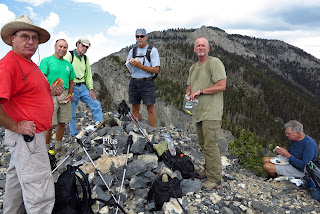 After reaching the proper approach trail, we climbed (again steeply) up to the peak. Almost as soon as the last hiker summitted, thunder broke the air. Again, hmmm. We could see the rain in a few places and we heard the rain on the terrain we had just climbed. Luckily, we finished our short break and started a rather hilarious descent on wet rocks and logs. Sure, we were trying to go fast because of the lightening and thunder that rang out nearby. Nevertheless, we displayed enough caution so that none of the falls resulted in injuries. 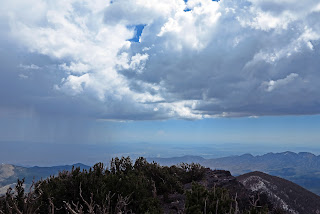 By the time we were finally down to Mummy Springs, we were able to shed our rain gear which had turned out to be just a precaution. Few drops had reached through the trees.

Seven very tired hikers now had around three miles to go. Past Raintree; down to the Meadow. Four hikers took the North Loop down and three took Wild Horse Canyon. (The North Loop turned out to be a little faster.) And, we were finished. Eight miles and 3100 feet gross elevation gain. What a hike! 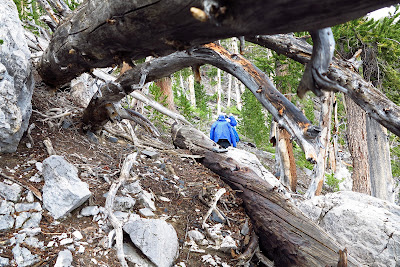 Crossing back over to the steep approach above Mummy Springs. 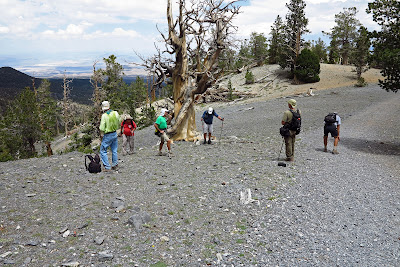 Six tired guys and one tired lady behind the camera. 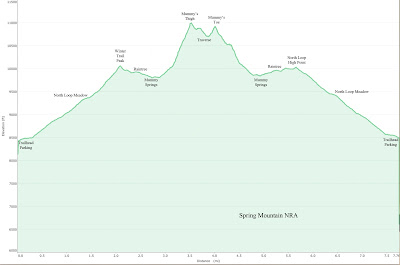 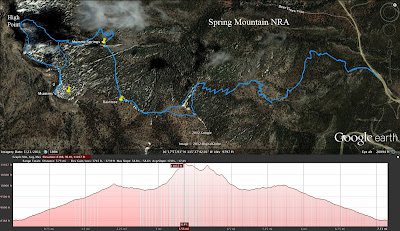 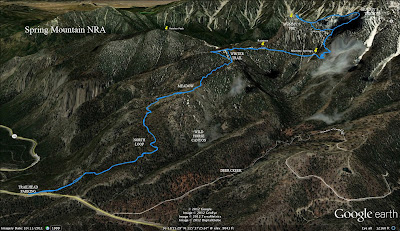 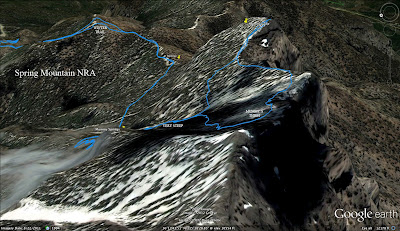