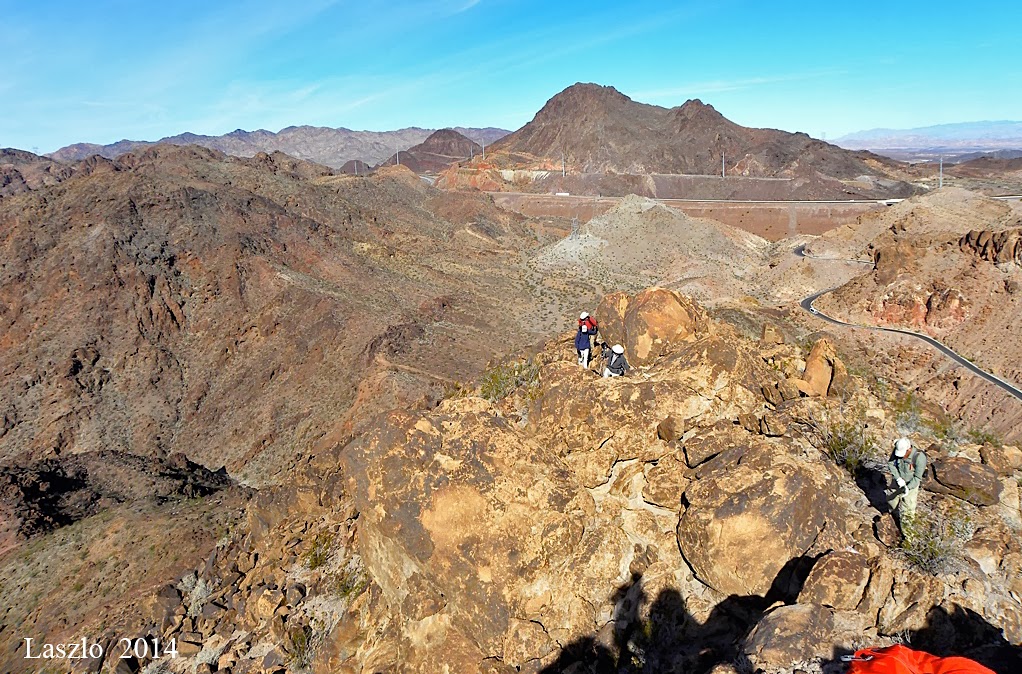 This week's Super Tuesday hike was a short climb to a new peak. This peak sits adjacent to the Colorado River just downstream from the Hoover Dam and O'Callaghan-Tillman Bridge. Just past the peak along the ridge, there is an overlook peak where seven hikers perched in close quarters and took their break. The dam was to the north and Liberty Bell Arch could be seen in the distance to the south. Laszlo provided the photos and route information. Paul provided the GPS track. The route began at the Goldstrike Canyon trailhead. Just a couple of hundred yards into the canyon, the group of 7 climbed up the steep hill to the left toward the highway. They traversed over the rough terrain toward the river and the peak. After their break, they had to re-climb the peak then drop steeply down into the canyon. From there, they took the Goldstrike trail back to their cars. 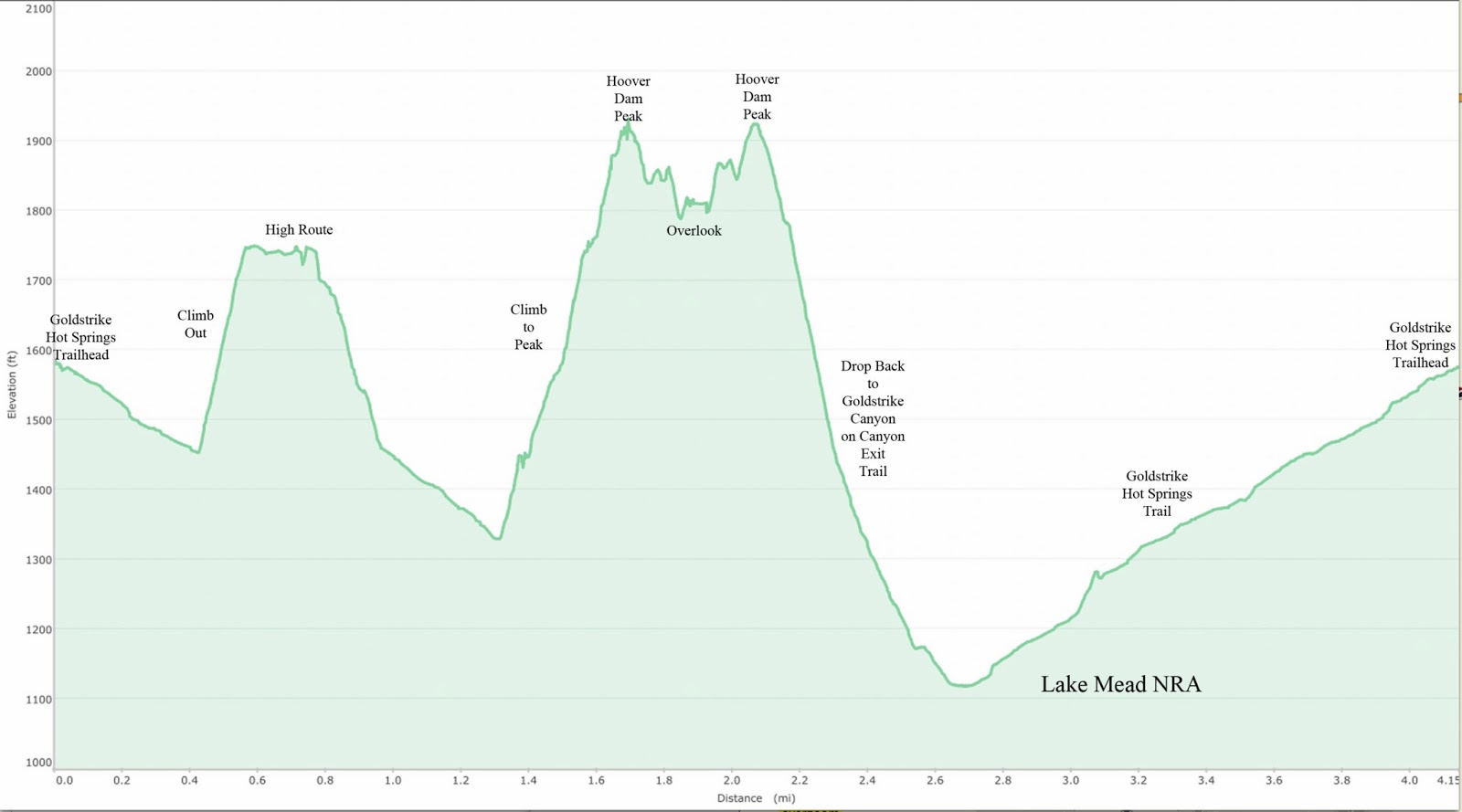 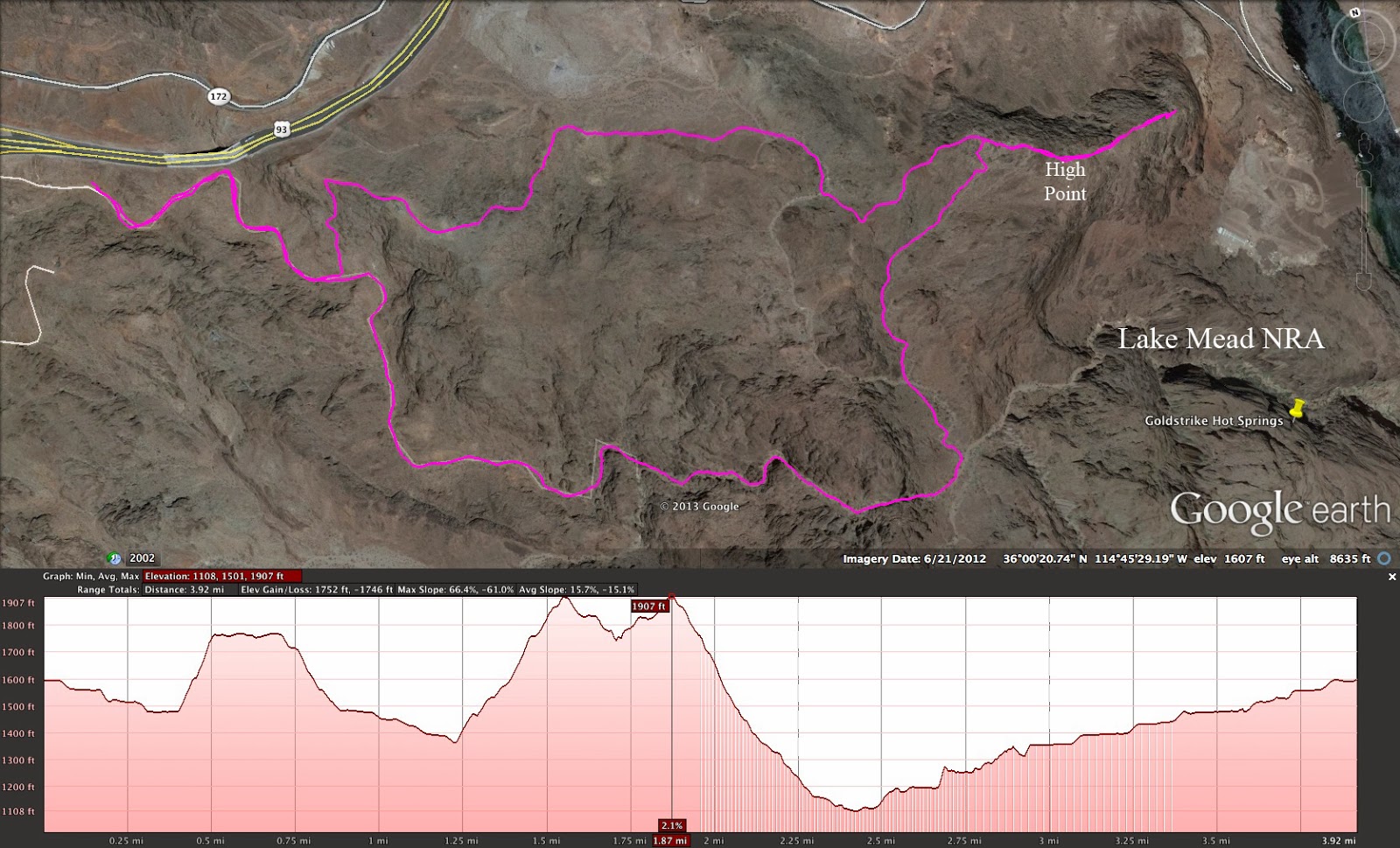 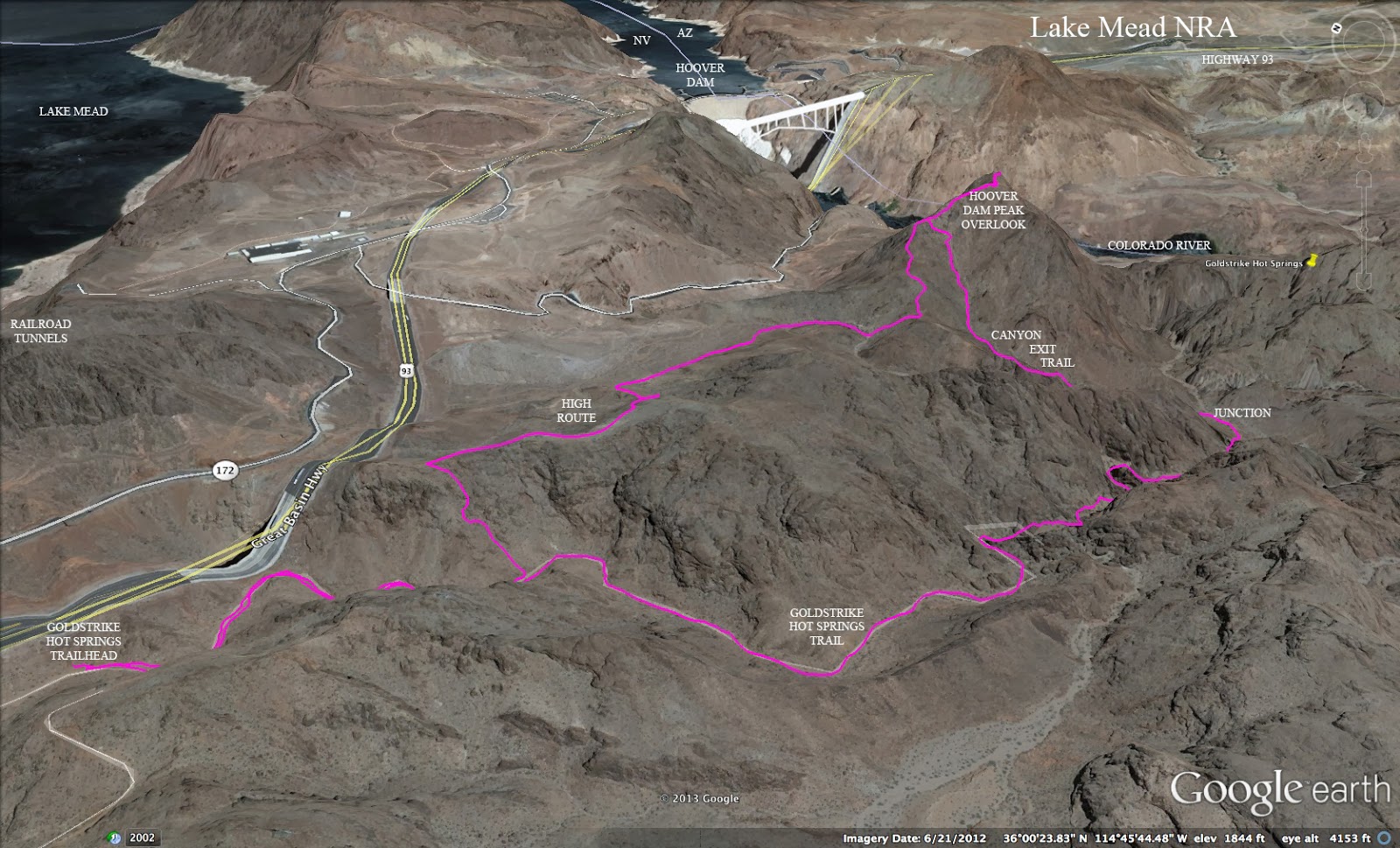 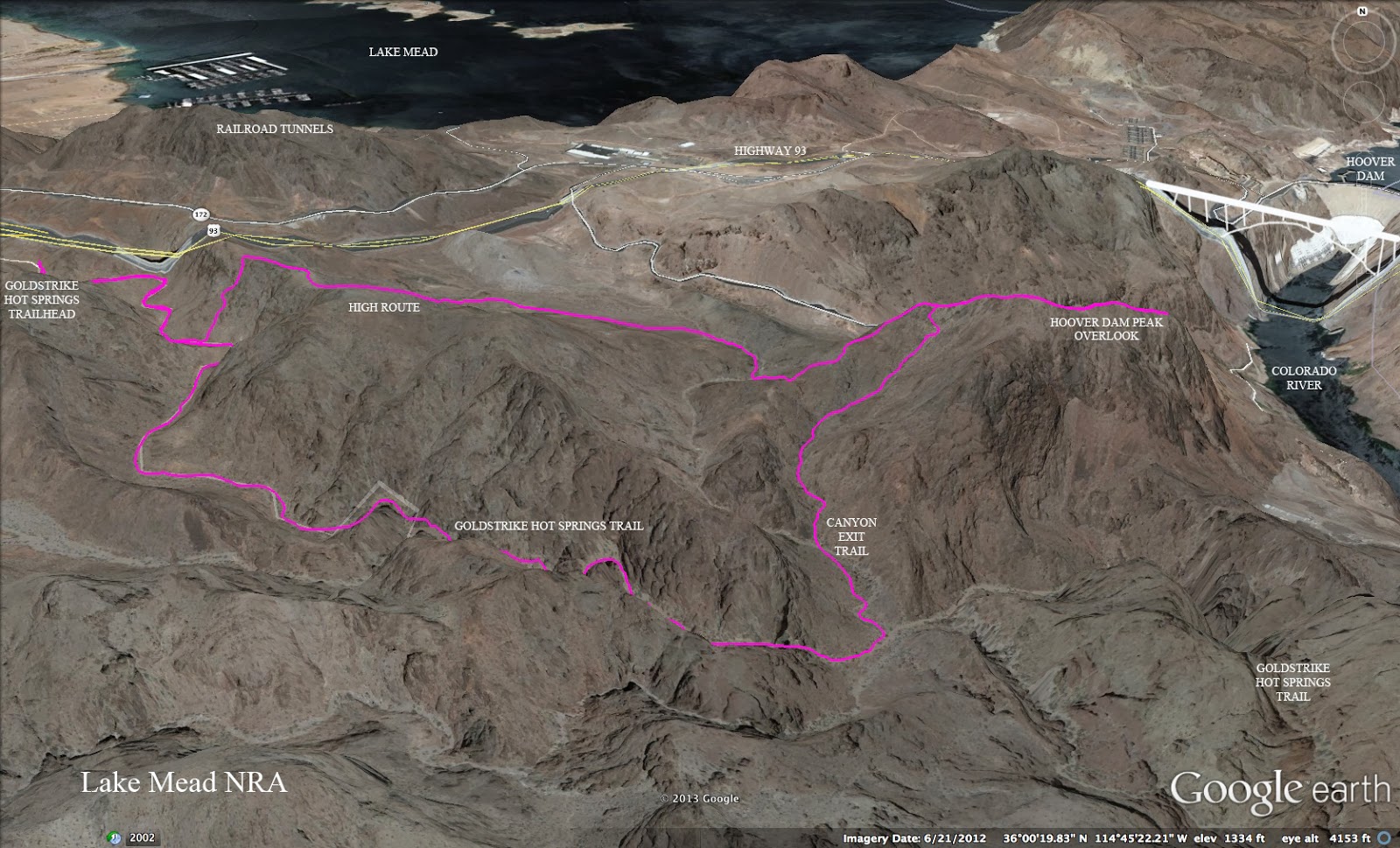 Posted by Las Vegas Cockapoo at 9:31 AM