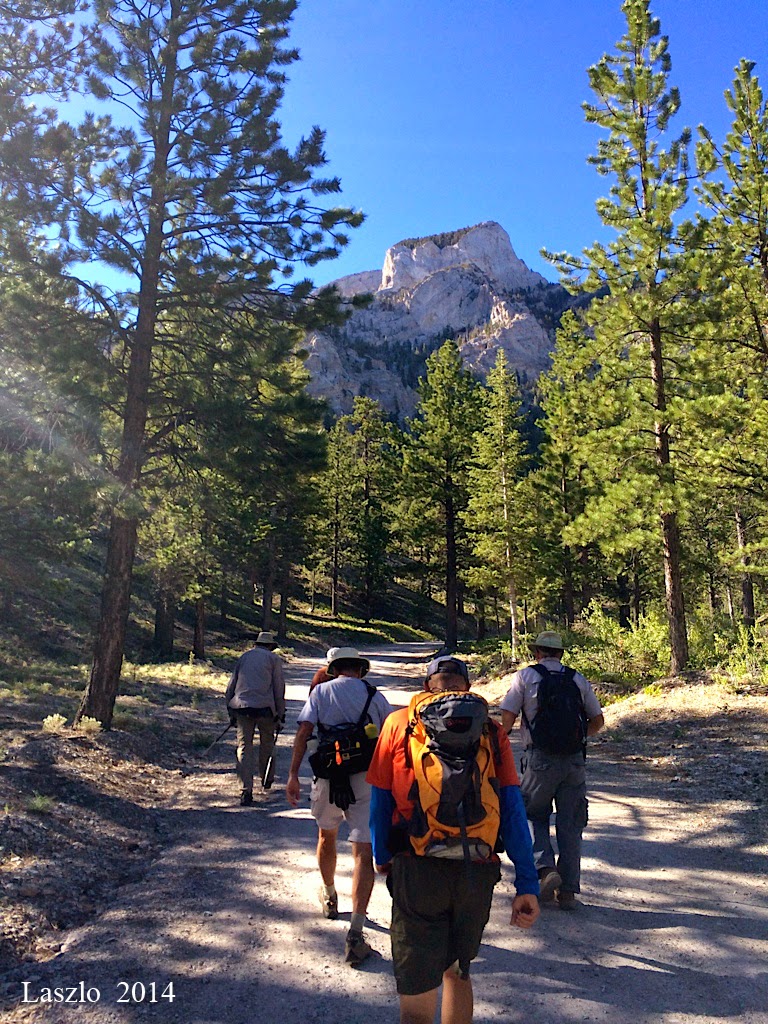 The Super Tuesday hike of the week was quite the event! Mike wrote in some statistics while Laszlo sent in a few photos of the morning. The hike begins at the chain-up area on Lee Canyon Road in the Spring Mountains NRA. After crossing the road and connecting with a dirt road up canyon nearby, the hikers use the dirt road until a point (oh, too soon) where they hang a left. This left turn takes them up into the woods along the remnants of a wash. The steep terrain has already begun and it's just getting started! Eventually, the cairned route connects with a trail that leads up a ridge on the right side of the wash. A dive down into the wash "starts" the hike!

The wash is very steep. It starts gentle enough but that doesn't last long. It gets steeper and steeper until the hiker begins needing to hold on with his/her hands to prevent back-sliding. 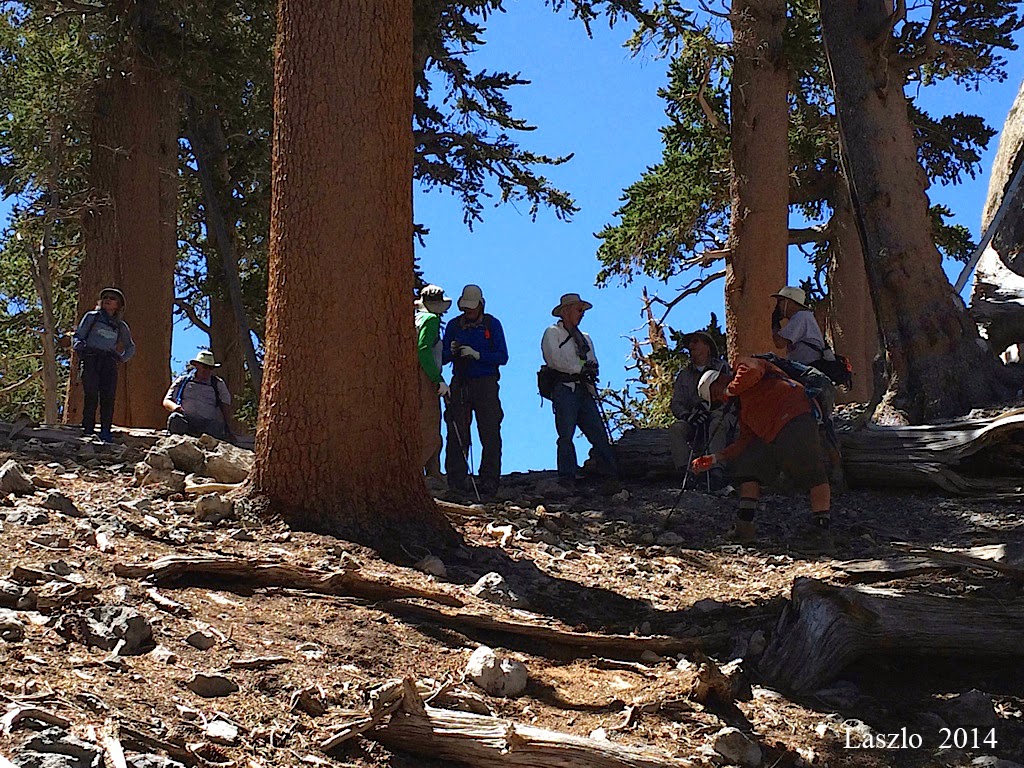 Just when you think it can't get any steeper, you reach the saddle nestled between Mummy's Nose and Mummy's other head parts. After sufficient rest, the group turns left and begins the final assault that includes a class 3 section, a tiny ledge and very steep scree on either side of the trail. This is where the 40 mph wind gusts of the day became an issue. There's not a lot of room on the pointy peak of the Nose.

The peak time was short and then they turned to go. Laszlo decided that since there was not time to take a group photo on the summit, he would take a selfie as they started back down! After regrouping, again, at the saddle, the descent was described by Laszlo as being at "break neck speed!" 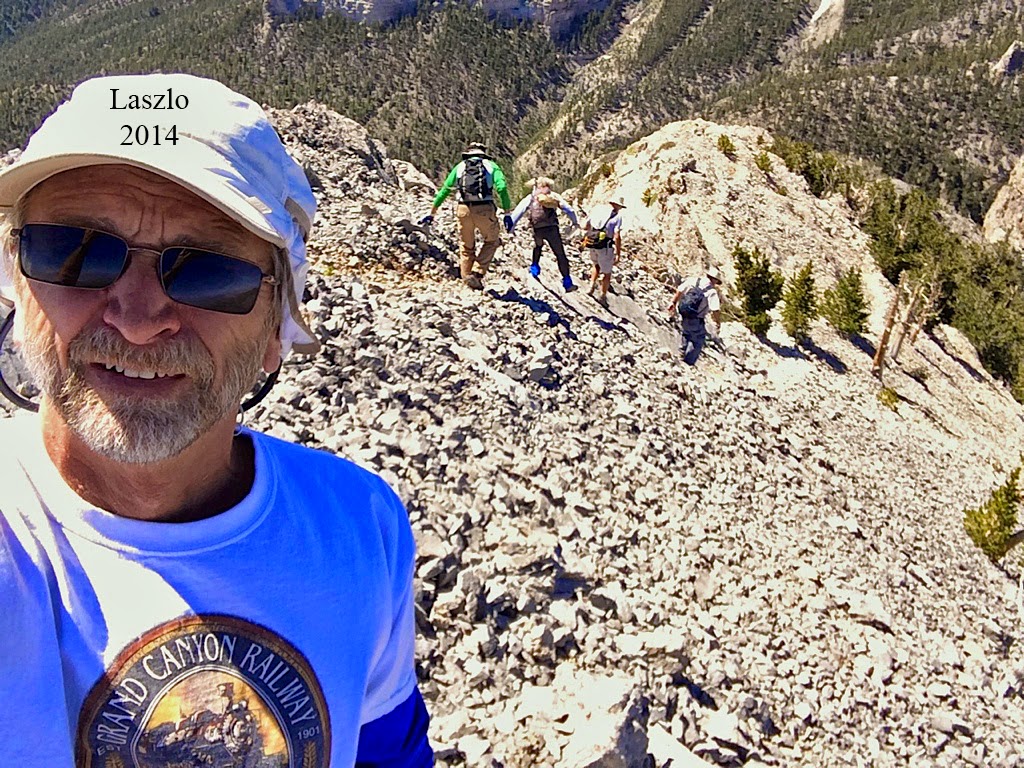 Mummy's Nose (by the numbers) 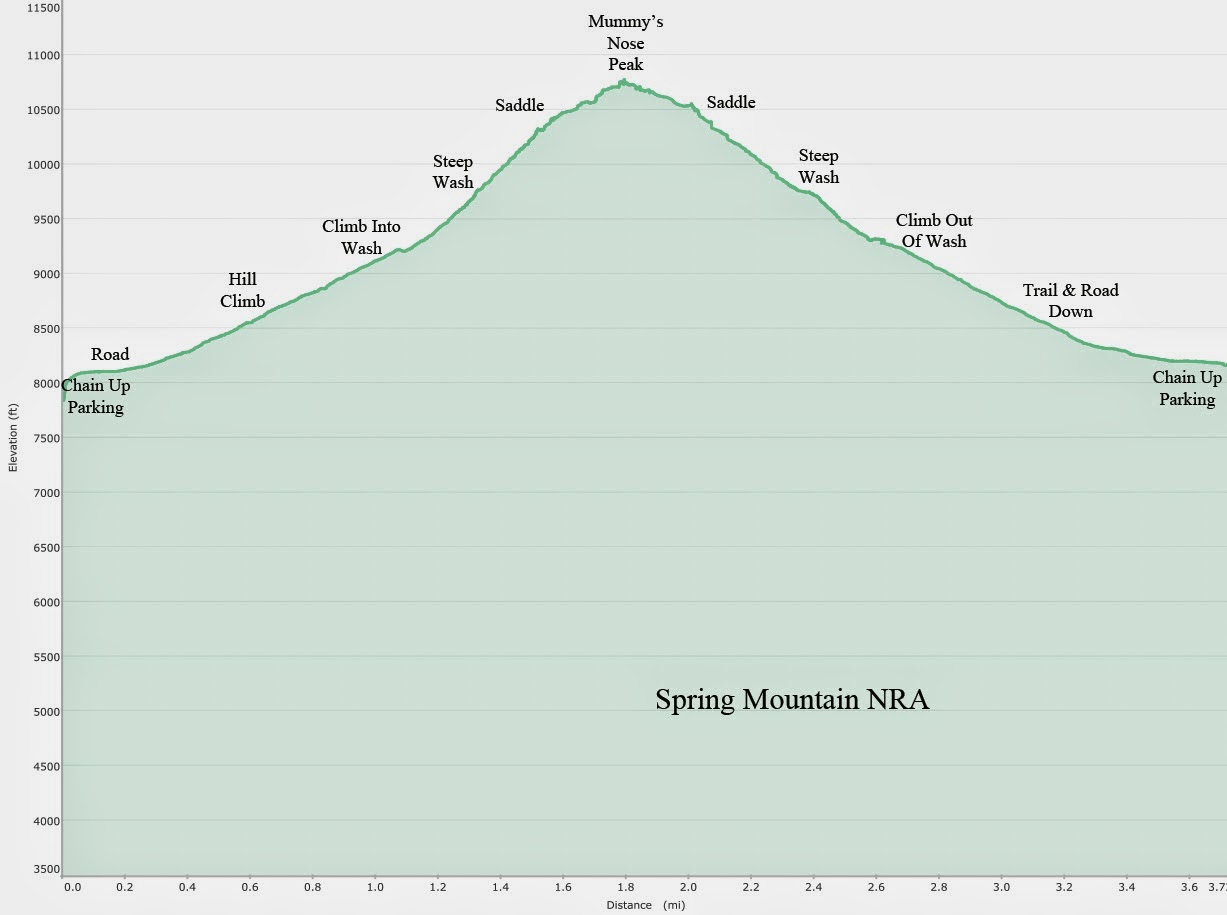 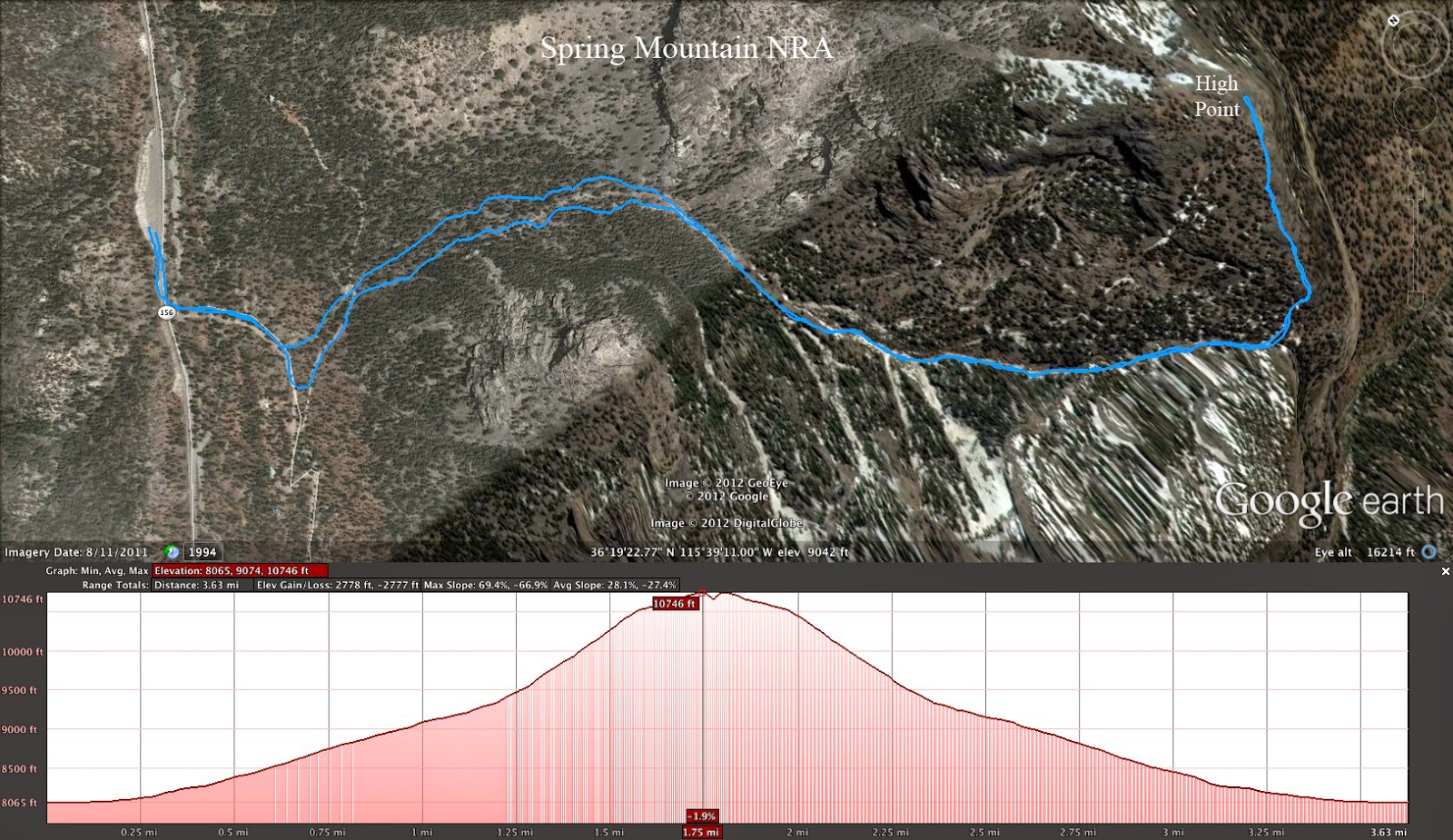 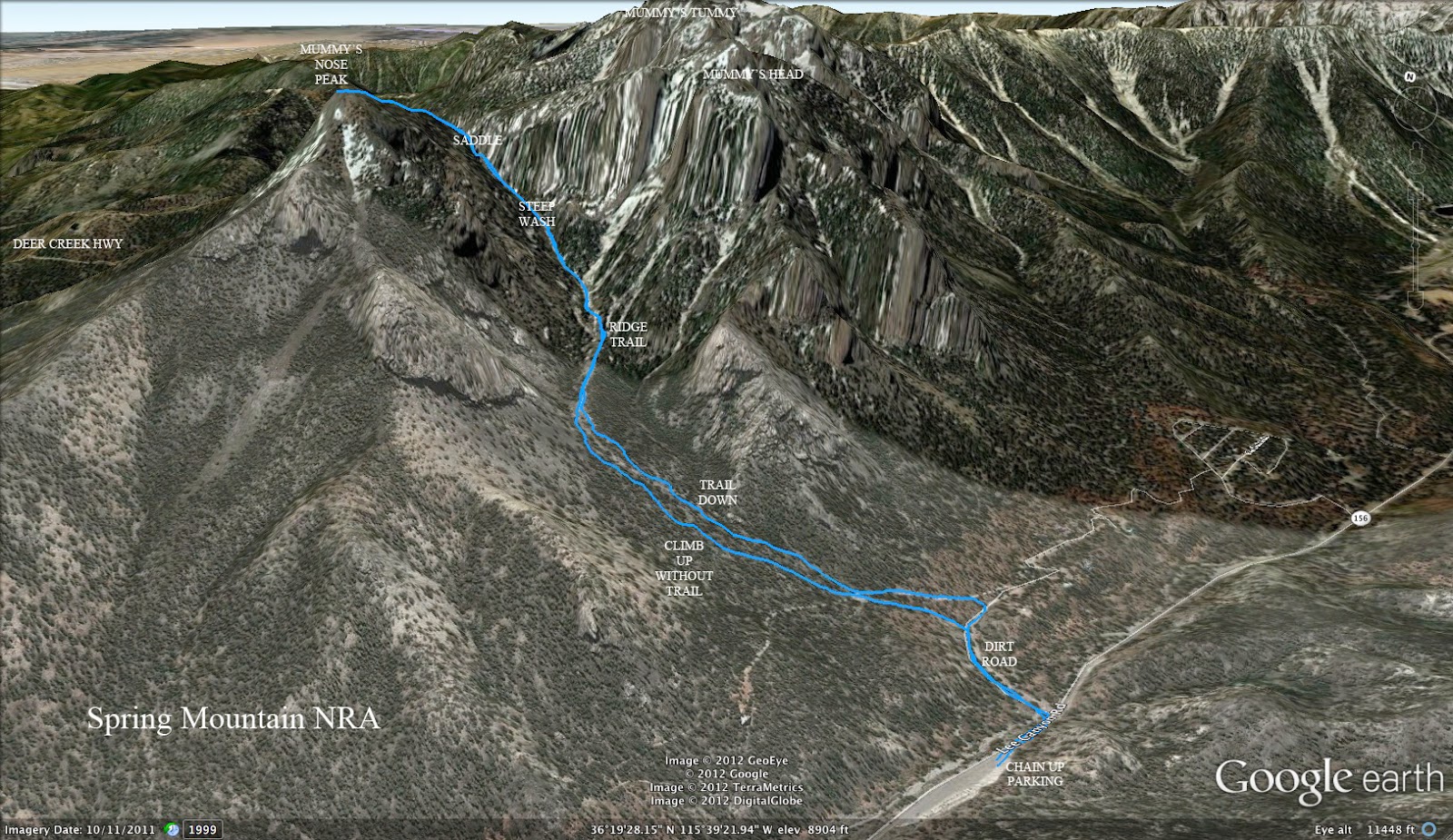