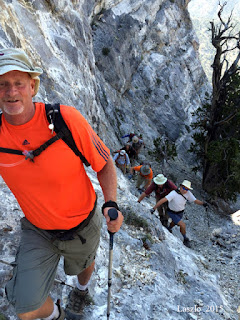 The Sisters Range lies just west of Lee Canyon Road, south of the Sawmill Trailhead and north of Lower Bristlecone Trailhead. There are two major peaks in the small range named North and South Sisters. South Sister is the most often climbed peak and is also the higher of the two. However, the elusive North Sister is, by far, the more difficult peak to climb. Even more challenging is the traverse from the South Sister to the North Sister and this is what twelve hardy and capable souls did today.

Following the United States Forest Service request, the crew did not park at the pay phone nor at the boulders placed at the former hikers' parking area at Old Mill. They parked off the pavement across Lee Canyon Road near the same place. Problem solved. 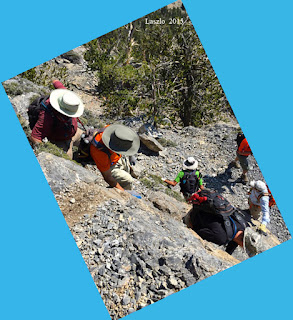 Great photos were sent by Laszlo and Mike OC of the challenging hike but very few words were written. Thanks is due to these two photographers and another thanks is due to Steve Al. for the GPS track information. One remaining big thanks is due to Ed F. for leading the AtBF hikers on a new route in this area.

The few words that Laszlo and Mike wrote tell us that the hike began by hiking up the road next to the Old Mill Picnic Area. Then, the route took an abrupt turn to the right as the twelve strong hikers began climbing directly up the large wash that ends at the South Sister Peak! After hiking up the traditional way for so many years, this new "no-nonsense" approach was a welcome variation. 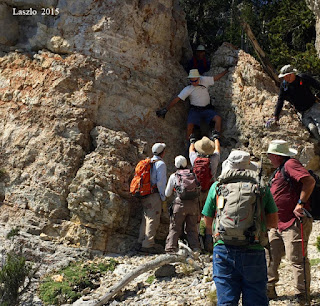 After gaining the peak, the traverse from South Sister to North Sister began. And, what an intricate traverse it appears to have been. Down, up, over, under. The traverse has it all with a bit of exposure, too. Third class climbing and scrambling in segments from beginning to end. All with the menacing peak of the North Sister beckoning like a mythical Siren, handmaiden of the goddess Persephone, above. (... Too much?) Well, maybe you had to be there.

Through these photos, eleven men and one woman (who seemed to stand back and calculate), we see and feel the lure of the peak. 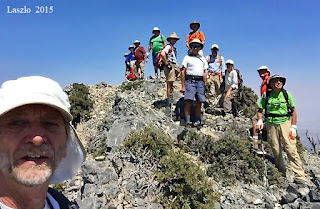 Finally on the peak, twelve adventurous souls rested. Next, the direct descent down another large wash area. Loose and rough. But, quick. "No dawdlers." A short easy effort up Lee Canyon Road brought them back to their cars. A hike to be remembered for sure. 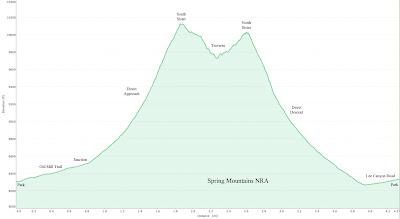 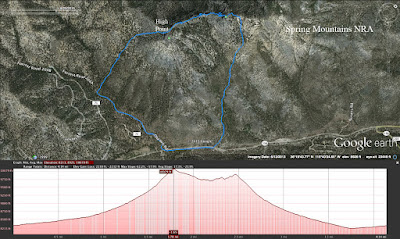 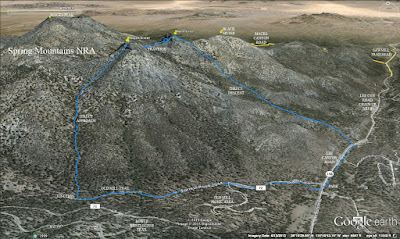 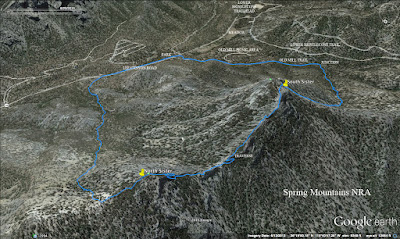 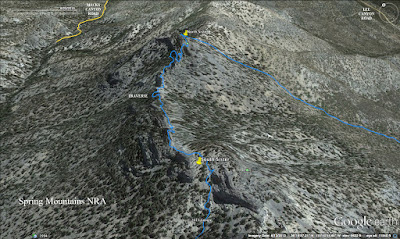