Once again, all the variables came together. Snow fell on the lower elevations of Lee Canyon a day or two ago. The weather was optimal for snow hiking (in the 40's / little wind). And, a month ago, Rocky Gorge Loop was placed on the schedule for the Around the Bend Friends today. Nine hikers seized the opportunity and drove up Lee Canyon Road about 10 miles to the Blue Tree Road on the right side. We drove down a little way to the trailhead parking and immediately began marveling at the beautiful winter wonderland surrounding us. Little did we know that, as we hiked, the snow would get deeper with more coverage.


Although we had hiked this part of the trail before, we decided to bushwhack straight out to the switchback trail that climbs the escarpment. The official trail leads down through a small wash coming out of the east end of the parking lot.


We laughed a lot about our bushwhacking experience. The trail is probably better than dodging desert scrub everywhere ... at least we would all keep our shoes tied. Soon, we were connecting with the official trail that switchbacks up the hill to our left. Large views in every direction showed a landscape filled with a decent amount of snow dusting. Mummy Mountain rose majestically up in the higher elevations. The small snow patches that we passed by offered mostly jackrabbit footprints.

The trail led us down to the Rocky Gorge wash. We had to look for it but, once found, the trail was easy to follow. As soon as we started our descent into the wash, snow coverage increased.

Snow covered the bottom of the wash in Rocky Gorge and there was evidence that burros used the small canyon as shelter, possibly during the storm.


The route followed the wash up until there was a definite trail heading up the embankment on the right. There was no cairn to mark the turn here but we were convinced that this was the correct way to go. Following this trail, we surmounted the small ridge then gently dropped down to cross over to the second wash. The trail would stay in this new wash for most of the way up to the high point turnaround junction. Our next point of interest was the crossing of No Mads Trail dirt road. We almost didn't recognize it as a dirt road because of the snow coverage.

We crossed the dirt road then continued on a gentle slope up in the snow while paralleling the wash bottom. Along the way, we took in the fantastic winter wonderland scenery. Chris led the group with the job of placing his footprints on the blank canvas that he deciphered to be the trail. Pink ribbons tied to intermittent trees clued him in.


Finally, we reached the high point turnaround junction. Climbing the gentle hill to this point was made more difficult by the snow underfoot and we were ready for a break. We took our break and made a weak attempt at a snow angel and a tiny snowman.  Hey! We don't have that many hikes in the snow! Anyway, after the break, we started down the Blue Trail, affectionately called the Sawmill Wiggles. This windy trail began with a few large patches of snow but soon, we were able to hike mostly on dirt. The sun reaches most of this trail.

We followed the Wiggles down and crossed the No Mads Trail dirt road again. Nearing the Blue Tree Campground, we forked up to the left to take the trail that bypasses it.


At the next questionable junction, we turned to the right to follow an old dirt road. This dirt road led us all the way back to the cars. Immediately, we noticed that, while we were hiking, a delivery of Porta Pottys had been made to the trailhead parking lot. We happily used the fresh and clean facilities. This was an absolutely great day in the mountains! Why haven't we done something like this before?! 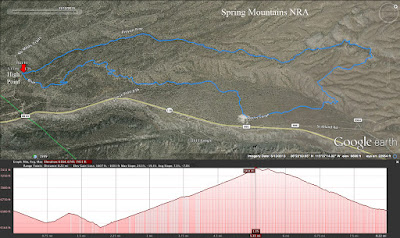 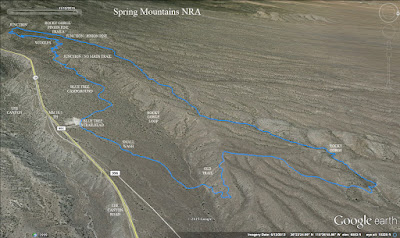 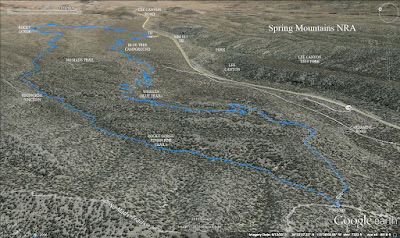 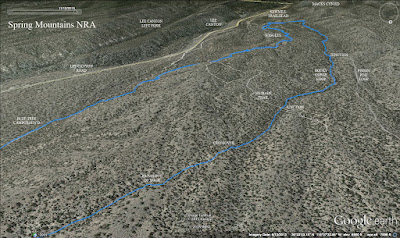