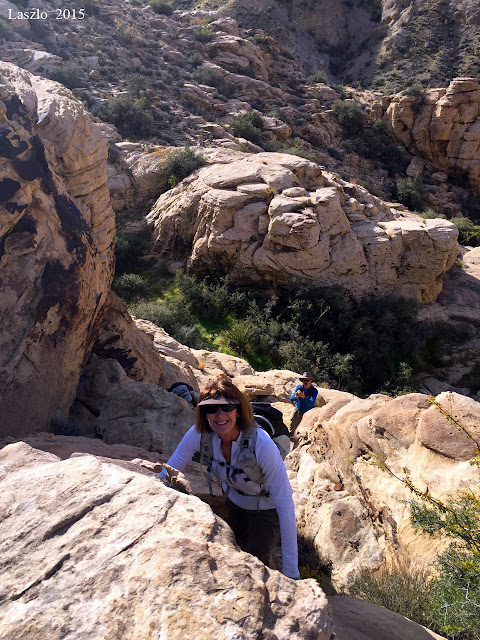 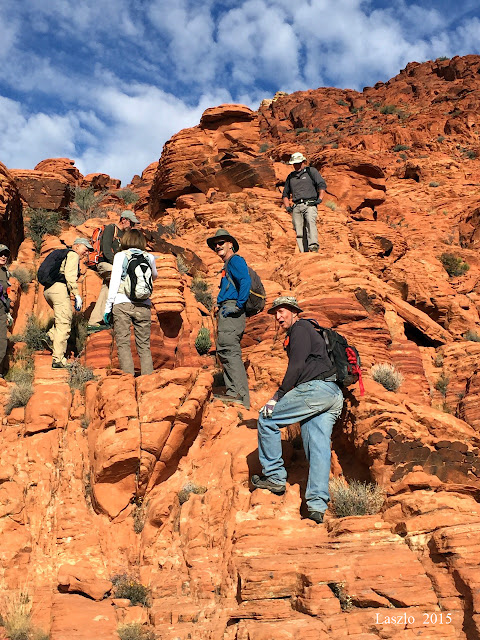 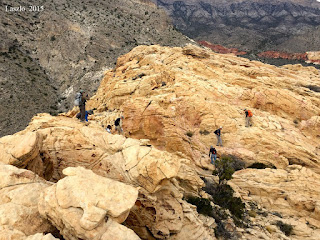 Eight hikers scrambled up to a peak that sits among the sandstone just below Gray Cap in the Red Rock Canyon NCA. Near this peak, there are two good sized tinajas, one of which reflects Turtlehead Peak if you are in the right place and time of day. The hike began from the dirt parking at the end of Sandstone Drive in Calico Basin. From there, they climbed up to the Kraft saddle for a little warm up. A short descent down into Gateway Canyon brought them to the bottom of Gray Fox Canyon ... aka Ghost Canyon. 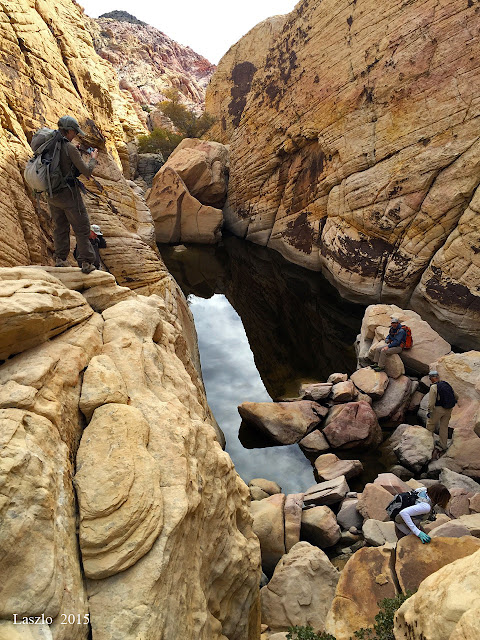 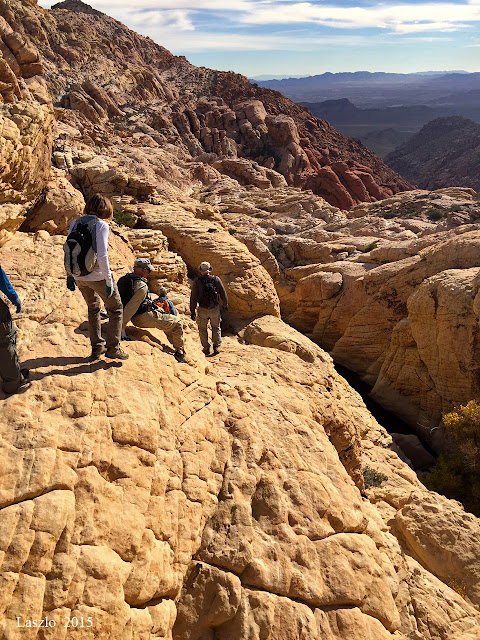 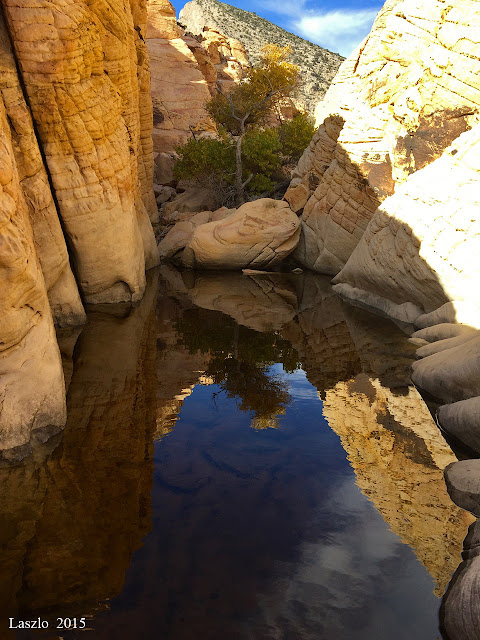 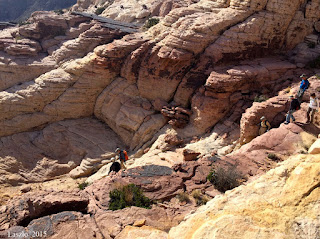 The ascent to the peak was scrambled on the ridge to the left of this canyon. After reaching the peak, they explored two large tanks that were filled with water. Then the descent was made down through Gray Fox Canyon. These photos were sent by Laszlo and the GPS info was provided by Steve Al. No narrative was provided but it appears that the photos speak for themselves. 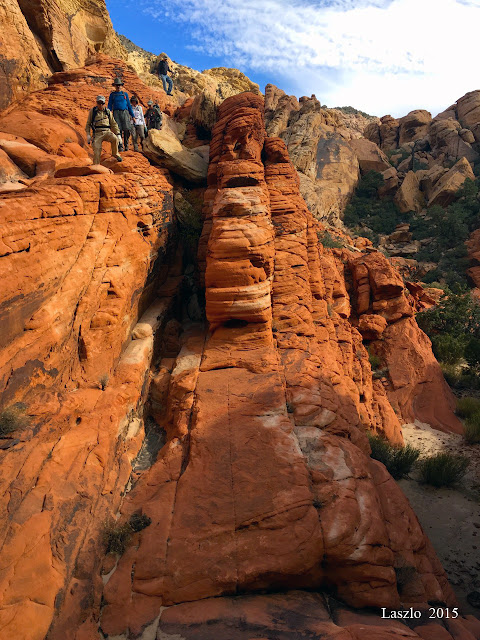 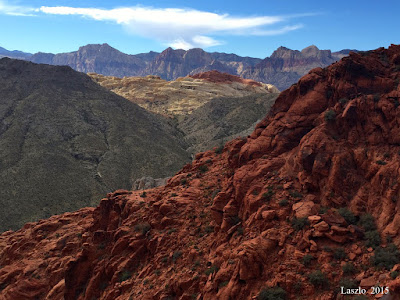 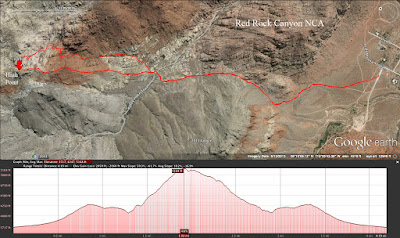 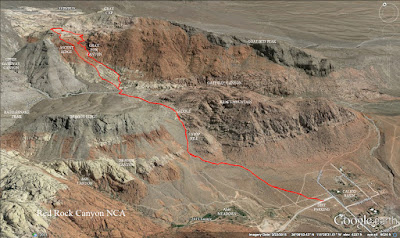 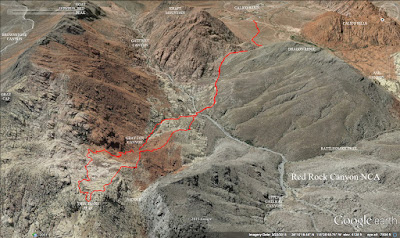 Posted by Las Vegas Cockapoo at 10:20 AM