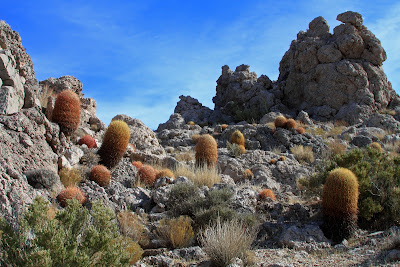 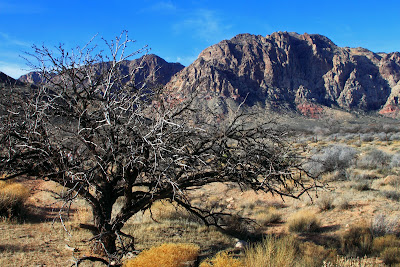 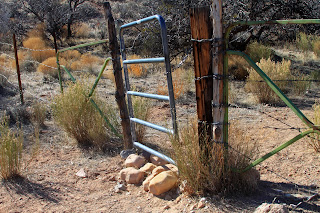 To everyone's surprise, twenty- six hikers showed up for the Monday's adventure to the Blue Diamond Cactus Garden located in the hills between the small community of Blue Diamond and Cottonwood Valley. We parked in a large dirt parking lot off of Highway 159 between Blue Diamond and Bonnie Springs. After passing through two gates (and don't forget to close them behind you),  we followed a trail through the desert and alongside a barbed wire fence. 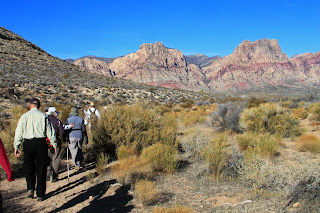 We could see the Red Rock escarpment across the valley and we were happily hiking along a nice flat trail. ... THEN ... the coordinator said, "The old turquoise mine is up there on the side of the steep hill in front of us. We are going to try to pass by it as we climb the hill!"

Well, we looked at each other and proceeded to ... well ... climb the hill. It was pretty steep but, one by one, all but one hiker made it to the top. This experienced hiker wandered around in the desert until our return from the loop. 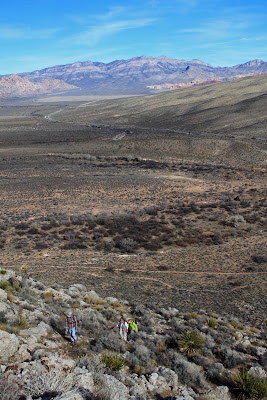 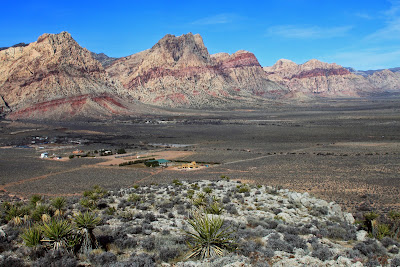 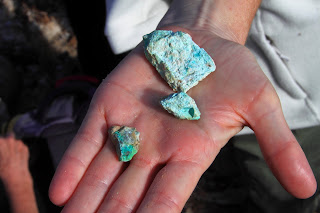 We missed the mine on our scramble up but a couple of hikers found a few shards of turquoise on the ground. Interestingly, we also found an old rusted horse shoe. Anyway, onward we went. We were now on top so the going had to get easier! We crossed over to the next small peak and found the cactus garden. It was like a fairyland of red barrels and light gray limestone; a scene that all of us wouldn't mind having in our backyards. 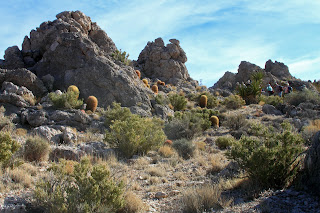 The barrel cacti were concentrated all over the south facing hill. We passed by them as we continued down the ridgeline trail. The ridge continued for around a mile and before we started our descent, we sat down for a snack and conversation. The weather was pleasantly cool and slightly cloudy. We were very comfortable. 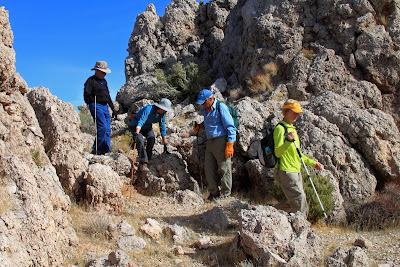 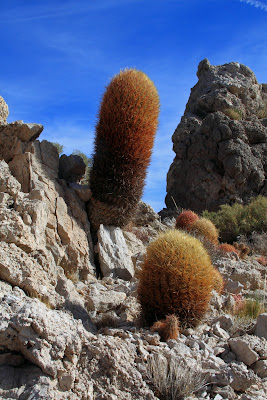 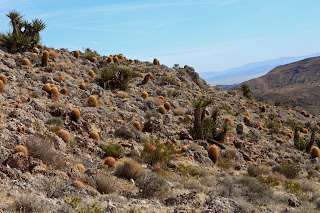 After our break, we started down the ridgeline and junctioned with the Blue Diamond Bike Trails trail just above the sandstone rock where we usually have our break. We continued down this trail and followed it down the left side of the canyon below. Before we got to the bottom, we saw the small herd of burros grazing on the trail ahead of us. We detoured down the hill to bypass them. 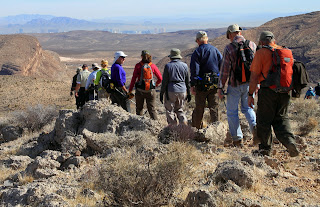 We rounded the hill at the bottom and began crossing the desert terrain by bushwacking. There are many trails in the area ... but who needs 'em! Just kidding. We found our way just fine and ended a very adventurous hike around 3.5 hours after we started. 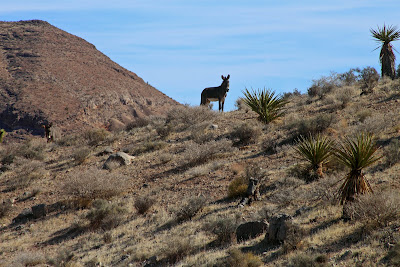 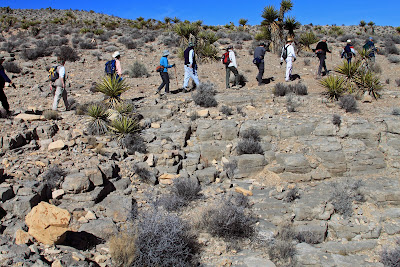 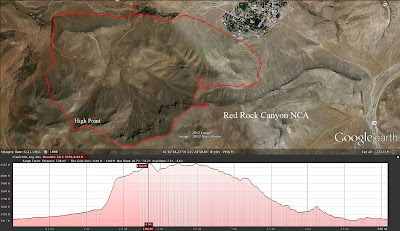 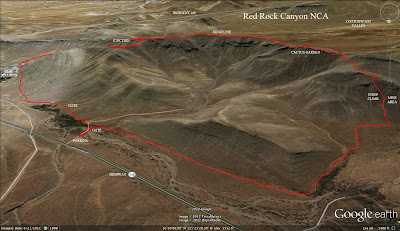