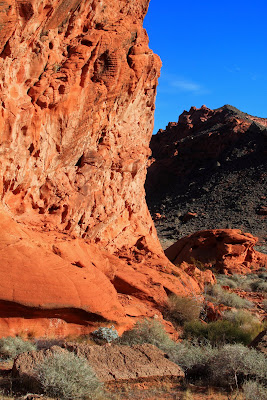 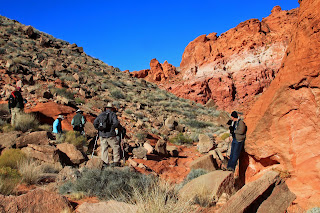 After crossing the desert and rounding a curve in the terrain, seventeen hikers were met with Lake Mead NRA's South Bowl of Fire, an area filled with holey red mounds of sandstone that eroded from the encroaching limestone of the desert. We reached the red paradise from Northshore Road mile marker 18. It was a very chilly morning. 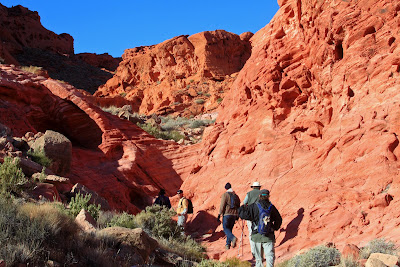 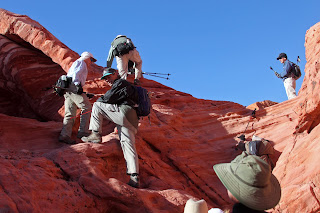 The scrambling started right away. Red sandstone begs to be crawled all over and we were willing to please. Several options of climb and descent were alway available and each hiker took their turn deciding on their routes. At many opportunities, hikers climbed the available high points to oversee the area and catch a view of Lake Mead. 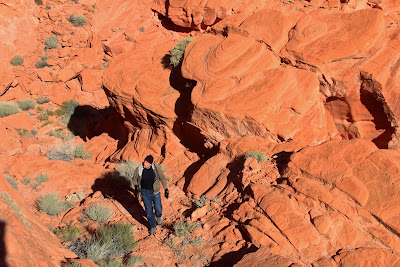 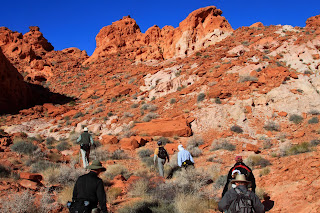 There were several rock formations that were reminiscent of everyday objects or animals. In the photo collage below, there are a few examples. So many small arches and windows filled the surrounding red rock. 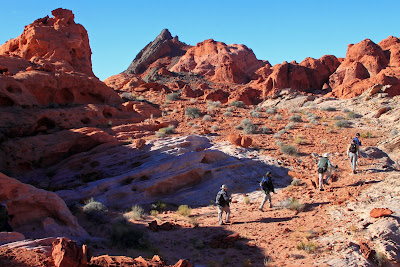 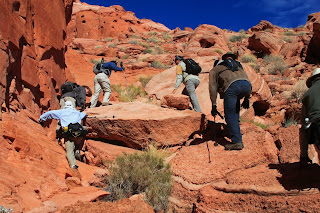 The high point of the hike involved scrambling up a steep slope filled with boulders and scree. The sun was doing a good job of warming us except when we were either in the shade or the wind. We were doing our best to imitate bighorn sheep. ... Did I say "bighorn sheep?" 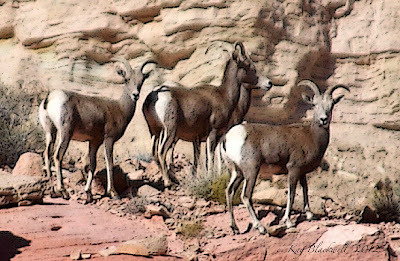 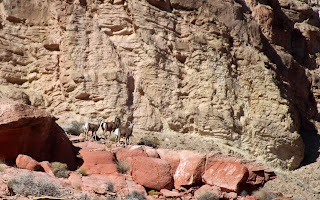 Yes! Hiking around yet another red hill, and picking our way across the desert terrain, we suddenly heard alerts sounded from the front of the line. Up on the hill to our left, there were four bighorns who were not yet aware of us. We stared for a minute then proceeded and they decided it was time to move on away. Gorgeous bunch of ladies! 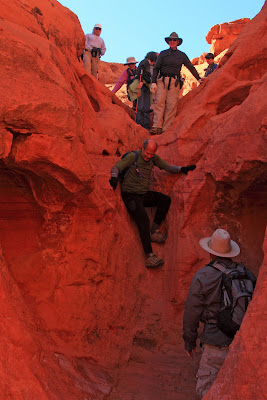 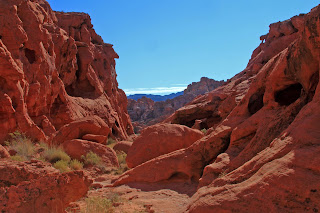 One particular scramble down was a fifteen foot chute. It turned out to be non- slippery and the whole group made their way down the rough sandstone easily. Finally, we merged with the old familiar wash trail and headed out. Veering off the wash we headed around the opposite side of the small peak that we could see from the cars and found a trail. Following that trail, we finished the five mile hike in very good time. Great day! 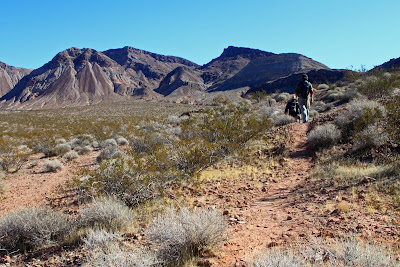 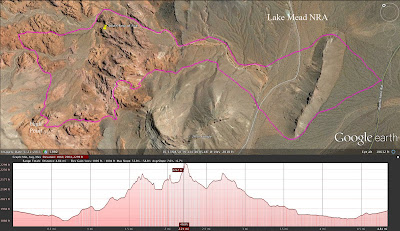 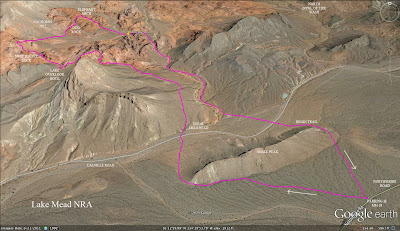 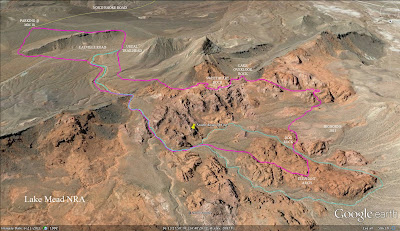