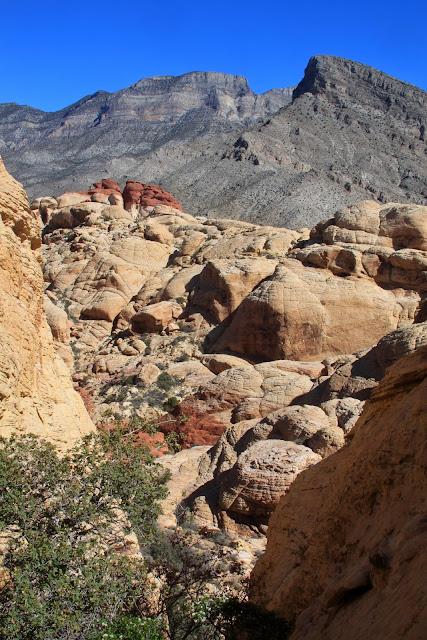 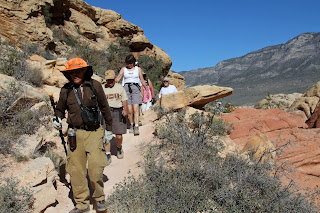 Twenty- seven hikers showed up to challenge the Las Vegas heat on a hike in the Calico Hills of Red Rock Canyon NCA. We were dressed for the temperatures to be in the high 70's and everyone had plenty of water. So, after we assembled at Sandstone Quarry, we took off down the Calico Tanks Trail. Every chance we got to stop in a little shade, we did, and eventually, we reached the main Calico Tank in the usual way. The tank was completely dry but we didn't go there for that. 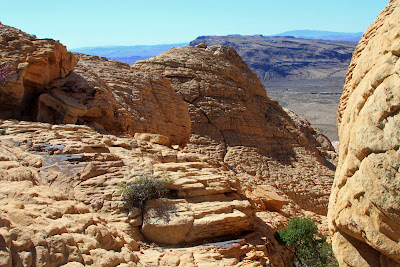 View through sandstone to North Blue Diamond Hills at top of wash. 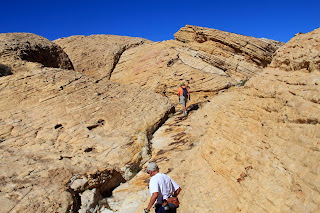 From the large dry tank, we turned right to go up hill to a wash that connects this area to the Calico II Overlook Peak. One by one, we negotiated our way up the difficult wash scramble. The coordinator wishes to thank Mike and Don (and others) for all their help this morning as they swept the long line of hikers and offered their help in getting up difficult places. The hikers were enjoying their challenges and the fun was only now beginning! At the top of the wash, we turned right and climbed to the top of the sandstone where we took our morning's break. View of Las Vegas Strip from top of Overlook Peak. 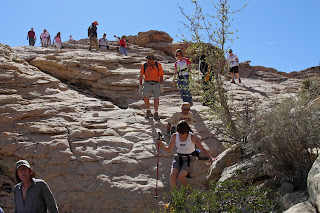 We wanted to stay up on the hill all day but, alas, we needed to continue so that we were not still out here during the hottest hours. The view was amazing and a few of us even found a shady spot down below the peak. After the break, we continued in the same direction as before and began a reverse hike of the Tank Discovery Scramble. 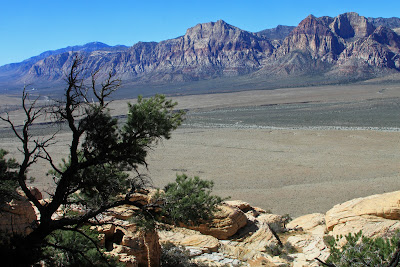 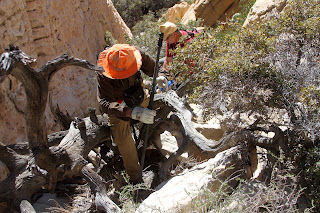 This portion of the Tank Discovery hike is found in the second phase of that hike where there is a crevice filled with brush, boulders and fallen trees. After climbing this fun part, we were up on a sandstone plateau. We crossed the plateau and began a descent that became steeper as we went. The final part of the descent back down to the Calico Tanks Trail was very steep but all hikers were on board with no balking! This section of the hike was new to most of the hikers and it was agreed that, not only was it enlightening as far as what was up there all this time but it was also super cool! 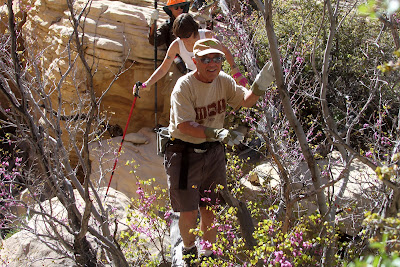 Guy scrambles through a redbud tree. 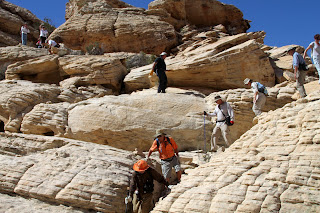 We merged back onto the Calico Tanks Trail just above Mass Production Wall and after taking another rest, we continued until we reached a large boulder in the trail. Here, we forked to the right and chose to make the return on top of the sandstone instead of down in the sandy wash. There were a couple of interpretations of this part of the hike. 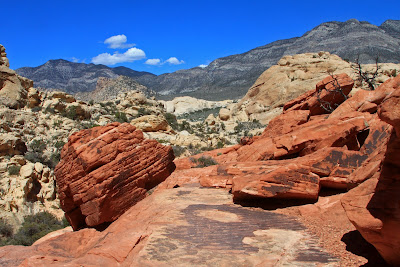 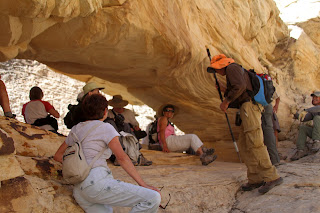 When we were almost back to the Turtlehead Peak Trail junction, we decided to take a small side trip to see a nearby arch. Most of the hikers were game and the others went on back to the cars on the well known trail. At the arch, we noticed that the canyon below was filled with blooming redbud trees. After much admiration and visiting "The Refrigerator" tunnel, we returned to the cars via the old quarry route. We had hiked three quality miles with an elevation gain of 500 feet. 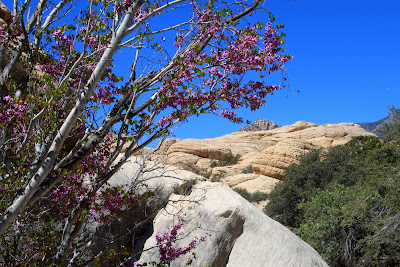 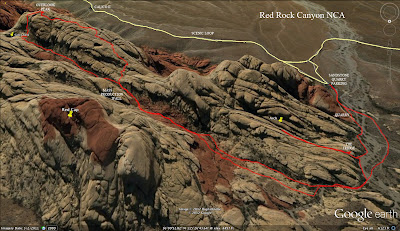