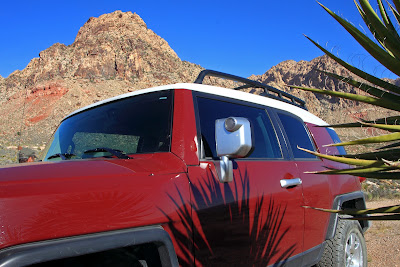 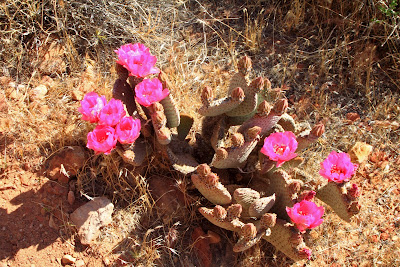 Beaver Tail and Hedgehog cacti were in bloom. 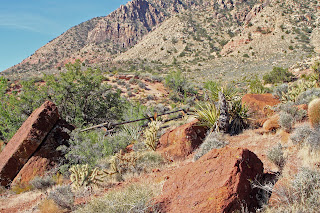 Eleven hikers braved the Las Vegas heat again to climb 2000 feet in elevation over the short course of less than two miles in the southern part of the Red Rock Canyon NCA escarpment. The final destination would be the well-known Windy Peak which lies just north of Hollow Rock Peak and just south of Black Velvet Peak. Three high clearance vehicles took the hikers over the approach road to a small parking area just east of Grapevine Canyon. 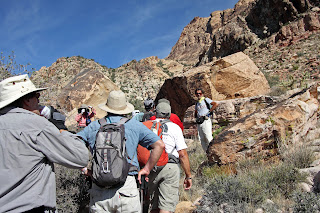 We crossed over the desert terrain until we happened upon the trail somewhere near Grapevine Springs, a fenced area where protected springs flow. Without stopping, we continued along the trail gradually ascending to the base of the first steep ascent. The weather was already getting warm and there was very little breeze. 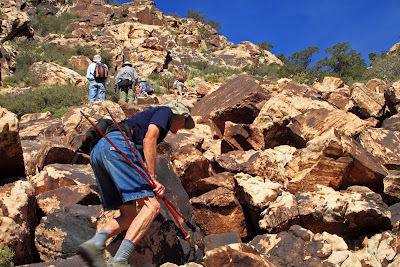 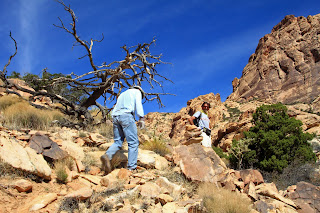 The climb was brutal and relentless in the heat. The footing was loose and every step had to be judged. When seven hikers had already passed through the coming plateau area and begun the second ascent, three hikers had waited back for a fourth hiker (moi) to finally make it up to the plateau. The heat was proving to make the writer's day end here and the three hikers did an excellent job setting her up for a two hour wait in the shade of a juniper. Truth be told, the writer was quite happy exploring her abode during the wait. 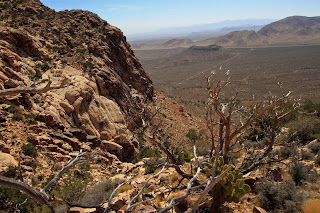 As the writer caught her breath, she watched as the other hikers climbed up the sandstone in a switchbacked direction to the ramp and on to the saddle. At the saddle, they disappeared around the corner. Radio in hand, she heard the group check in at the summit about an hour later. 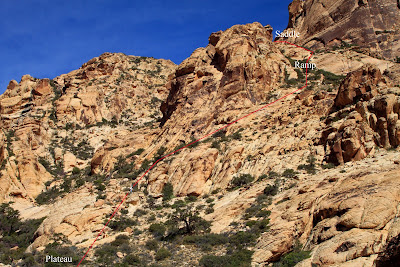 A panoramic photo of Windy Peak from the plateau. 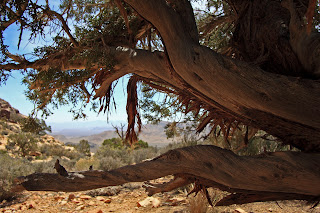 Briefly, the writer wishes to described her surroundings during the wait. To the left is a photo of her view from underneath a juniper tree. Above is a photo of Windy Peak from her vantage point. The view of the escarpment continued around to the left in a horseshoe shape until the eye reached Hollow Rock Peak where she could see the exact rocks where that hike terminated. The view of Cottonwood Valley below and beyond was slightly hazy but peaceful and very quiet. 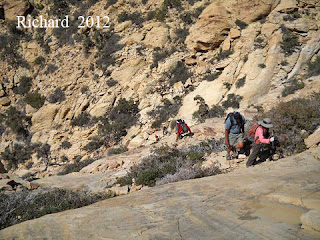 The hike continued upward with approximately five leaders. The report was that the sandstone was very steep and led straight up to the peak on a different route than the traditional one. Richard's photo to the right gives the reader an idea of the terrain in the area just below the peak. (Did the writer mention how happy she was to have stopped at the plateau?) 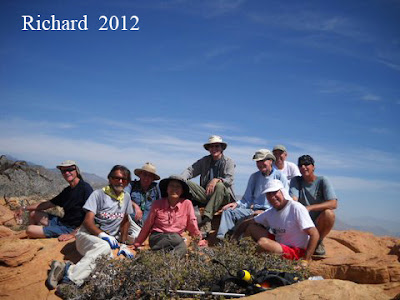 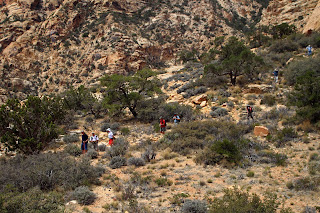 After a two hour rest, the writer had not seen any wildlife with the exception of a ground squirrel. Until ... one hiker made his way to the plateau from an unexpected direction. The other hikers who had descended the same way they went up were, at that time, just coming down the ramp. The two of us watched from the top of a nearby rock outcropping as the rest of the group came down. 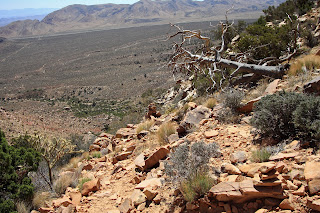 With just a small break, we all stepped over the edge and began the slippery dirt and rock descent. There were a couple of bad falls but we were all still walking as we reached the canyon then the springs, then the cars. This hike is definitely a challenge and is well-rated at very strenuous. 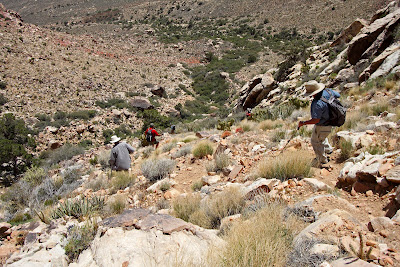 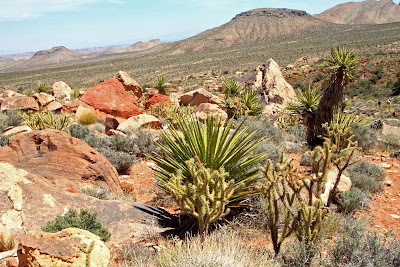 Back to the hot desert Cottonwood Valley. 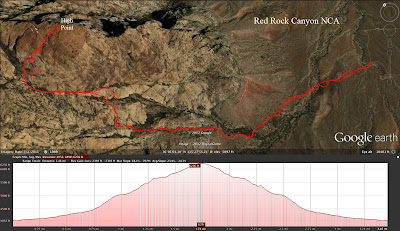 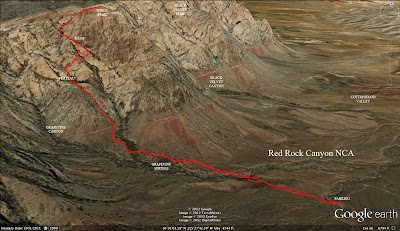 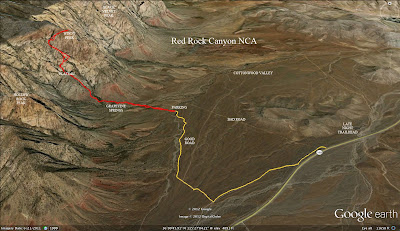