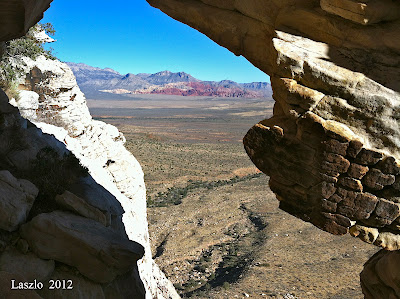 Looking Through the First Creek Arch to the Calico Hills 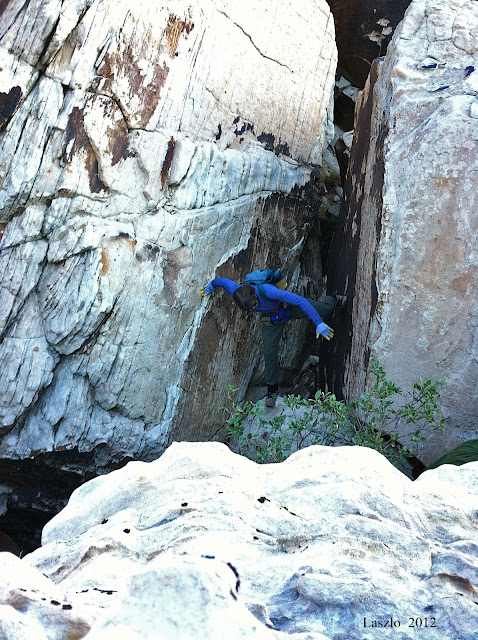 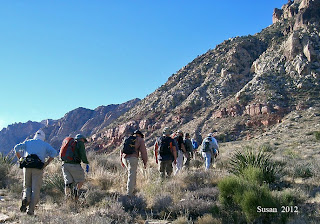 Today's hike started out as a moderate scramble up to the shy arch above First Creek. From there, our hardy hikers just couldn't resist a traverse over to the First Creek Overlook. Susan M., Laszlo H. and Richard N. offer these photos and GPS track of a great looking hike and Mike OC gives us the narrative written below. Another good one, heh? 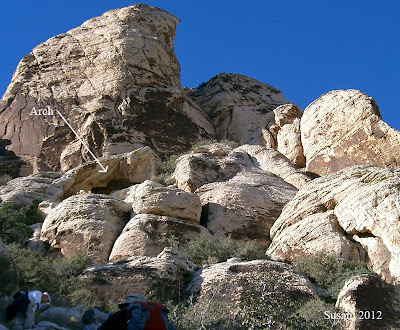 View of Arch from Approach 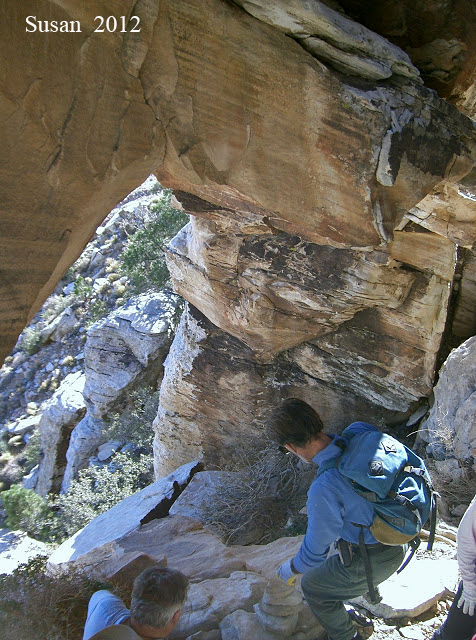 Sitting Under the First Creek Arch 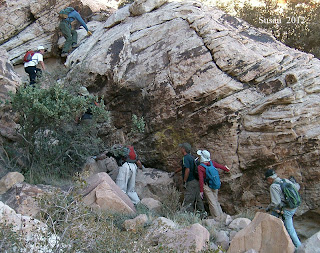 From the trailhead on the highway, hike leader Richard Natale led his merry band due west toward the escarpment.  Abandoning the trail after twenty minutes or so, it was time to gain some elevation.  Let the scramble begin.

The hidden arch never showed itself until we were practically on top of it.  Someone cried, "Look," and there it was, towering just above us.  Smiles, snacks and photos.  Now what?  Well, it was still early morning, so the consensus was to bag another peak:  the seldom-visited First Creek Overlook.  This task would prove to be a bit more demanding. 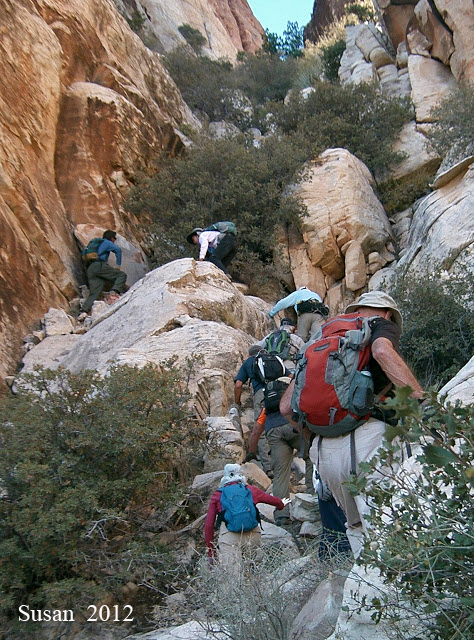 Climbing to the First Creek Overlook 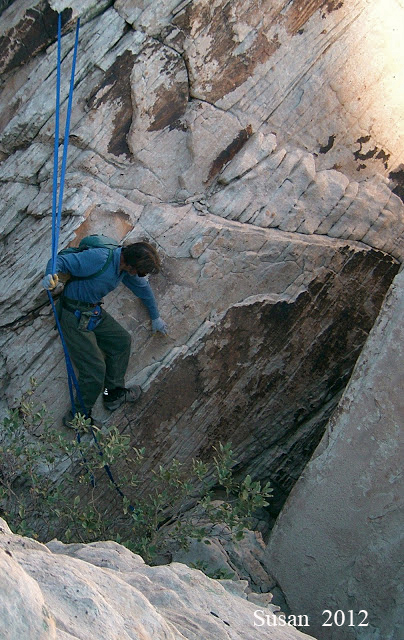 Richard Sets Up the Ropes 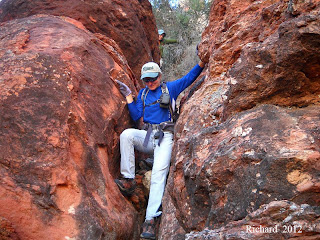 The daunting northerly trek to the overlook lay before us.  Loose rocks, lots of dicey spots and ever present cactus required one's full attention on this third-class traverse.  After a final push to the top, the actual peak was a mere one hundred feet away, but directly in front us was a gaping and intimidating abyss.  Help!  How do we get over there?  Not to worry, Richard assured us.  And with that, he proceeded to fix two anchor lines that would allow us to reach the pinnacle.  Gulp! 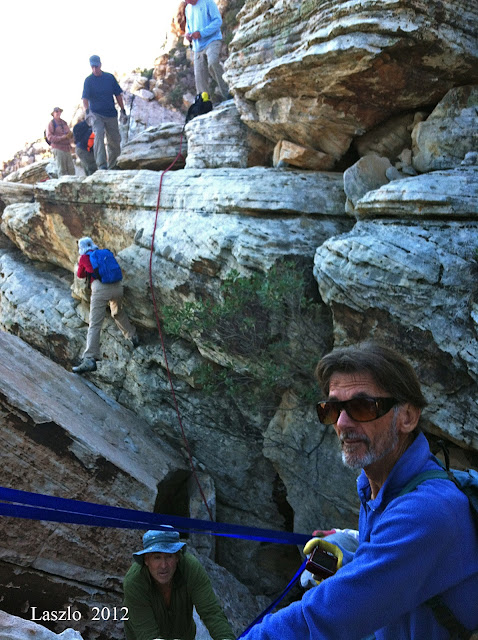 Up, Down and Up 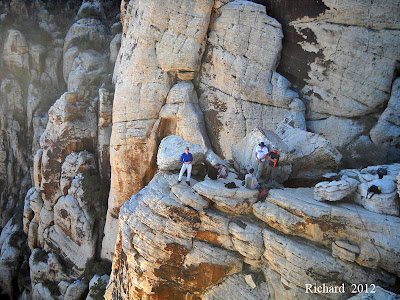 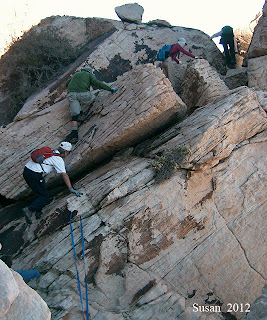 So it was grab the line, drop into the chasm and ascend the final few steps to the ultimate destination, the elusive First Creek Overlook.  The only two signatures in the peak register were Richard's and Steve's from a couple months ago.  There are a dozen more now.

To the left, we see the peak baggers crossing the chasm, as Mike describes it.

Above is a photo taken by the peak baggers of the hikers who decided not to take their life into their hands! 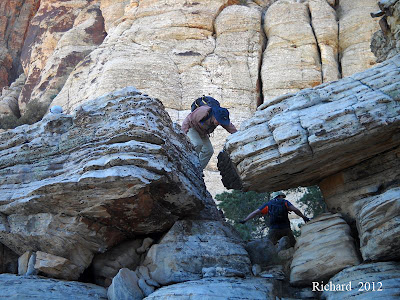 Which Way Did Richard Go? 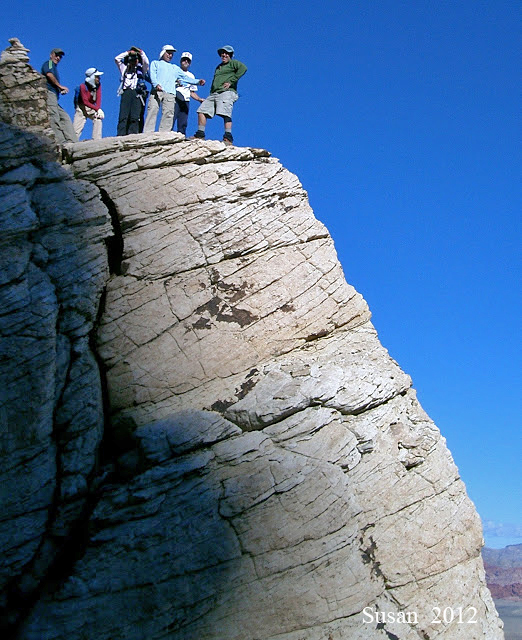 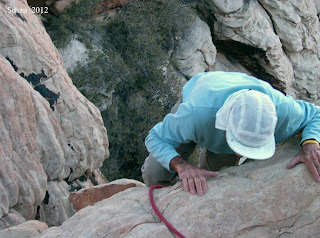 But wait!  There's more!  Relaxing on the peak, we discovered that one of our AtBF members was celebrating a birthday today, and a rather special one at that.  Steve Anderson became a sexagenarian on this December day, so the entire gang serenaded him with a rousing Happy Birthday chorus.

To the left, Mike begins the descent from the Overlook. In 4.28 miles, the gang had climbed a total of 1633 elevation feet over 4.75 hours. 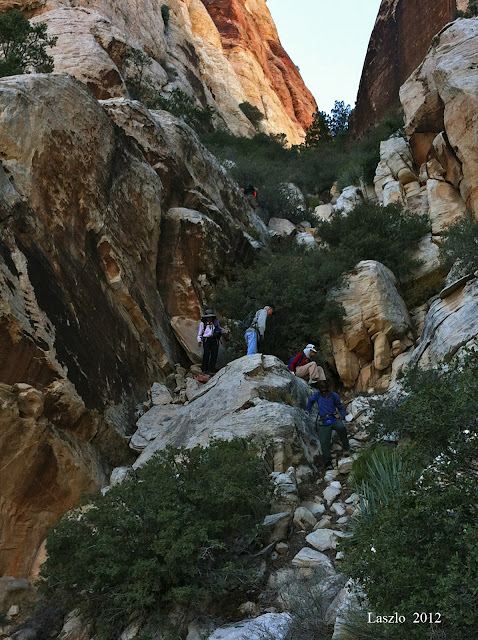 Down Through the Brush 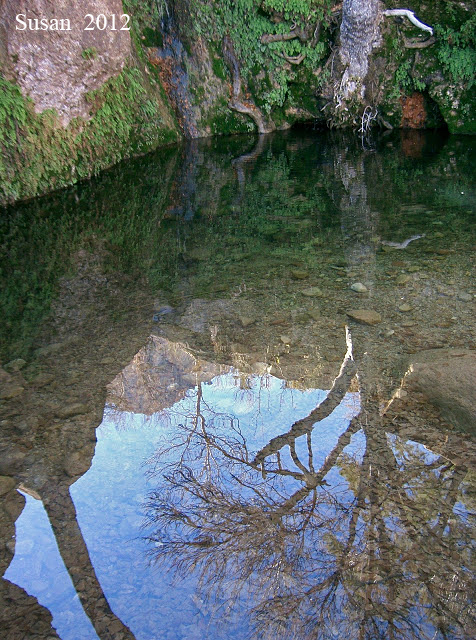 Stopping By the First Creek Grotto 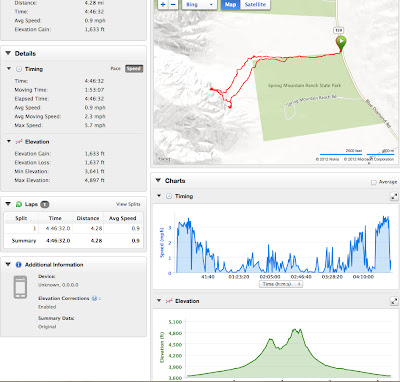 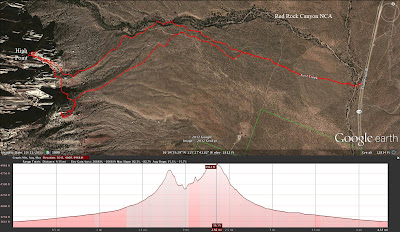 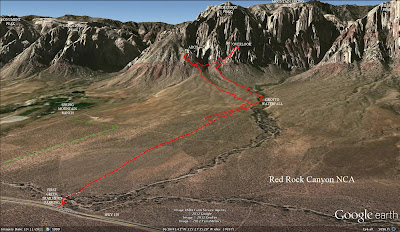