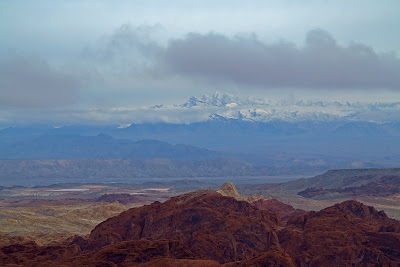 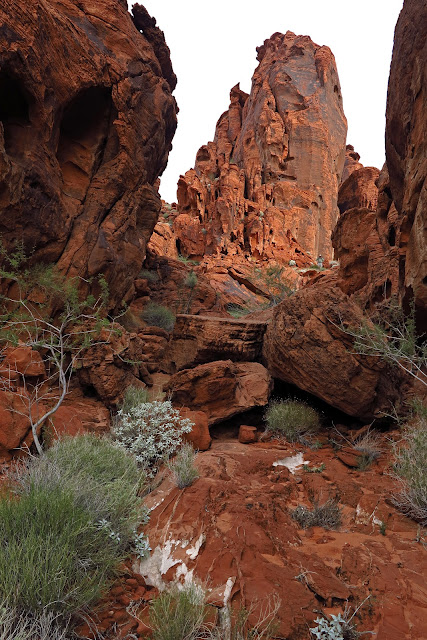 View Up from Ascent Notch 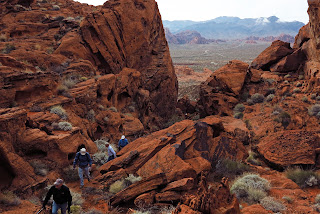 After swimming through a dense and dangerous fog on Interstate 15 just south of our exit to Valley of Fire, fifteen hikers arrived at the Nevada state park and found the trailhead parking for Prospect Trail. This is a dirt turnout from the Valley of Fire Highway occurring just before reaching the big red sandstone plateau on the left. Our hike, today, would loop around the largest hunk of red rock in the southwest corner of the plateau. 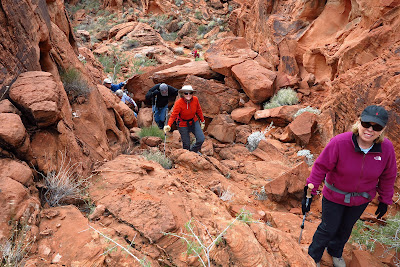 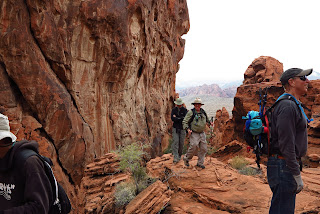 We hiked out the abandoned dirt road on the west side of the plateau and turned right to head toward a notch where we could scramble up the red rock. A few twists and turns later, we were winding our way through the window-filled sandstone. The park had received recent rains and the sandstone was soft so we were careful all morning to watch our step and make sure that we were on solid footing. Also warned about the presence of bighorn sheep ticks, we weaved through brush of ephedra, white bursage, and catsclaw scrub. 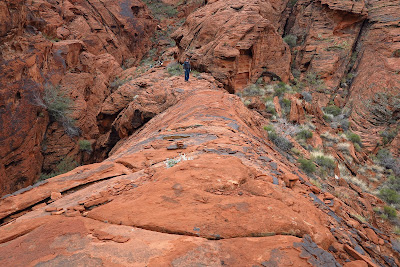 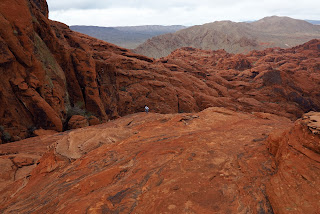 The next part of the hike took us over a sandstone fin (or bridge) that dropped off on both sides. This led to a rather steep sandstone climb up to the high point of the day where we took our break. Sitting on the sandstone at the top, we could see all of the park and snow covered mountains in the distance. One of the highest peaks in this area is Virgin Peak which can be seen in the first photo of this entry. 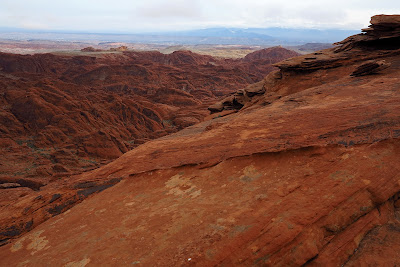 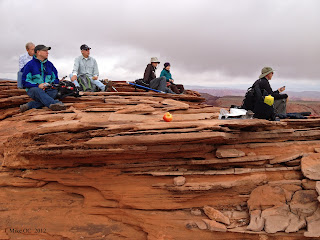 The day was overcast but rain was not on the schedule. The red and white colors of the rock came through in a deep hue. However, the usual purples and yellows of the Valley of Fire were not apparent. No worries. We were all enjoying the outing as the scrambling never disappoints in this park, especially when our hike leader is Brian Dodd. 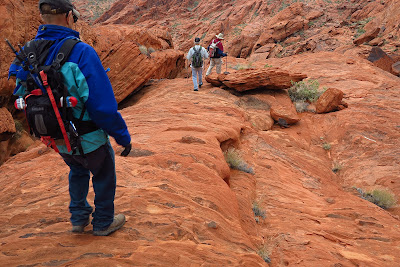 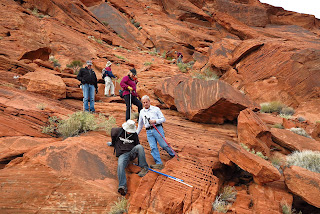 After the break, we completed a steep descent which we accomplished by zigzagging back and forth across the sandstone. At one point, we passed by an interesting rock overhang as seen in the photo below. At the bottom of this descent, we junctioned with the Valley of Fire Peak route. A few more yards and we junctioned with the North / South Traverse route. Both of these previous hikes utilized the "down notch" that we used today to descend from the plateau. 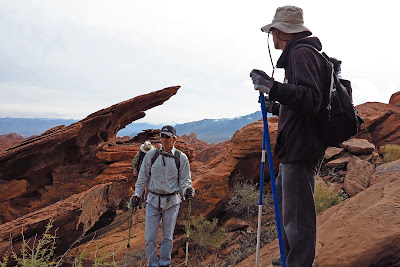 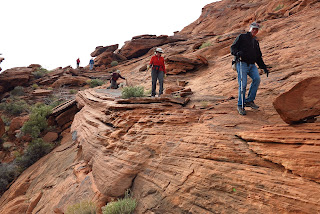 The view from the top of the "down notch" is rather daunting and is guarded by a healthy velcro bush. Carefully choosing our footing, we descended to the valley floor. There, we turned right and made as straight a shot as possible back to the cars over the easy desert terrain. The hike was around 4.5 miles with around 1100 feet in total elevation gain. Another fun day at the Valley of Fire! 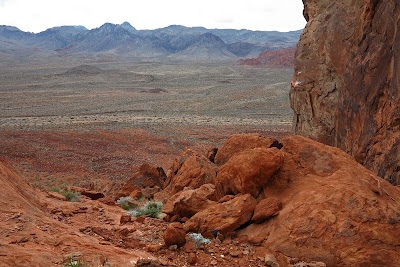 View From Top of Down Notch 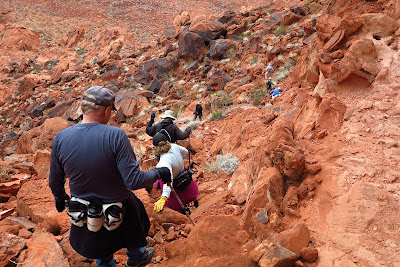 Steep Descent from Plateau to Floor 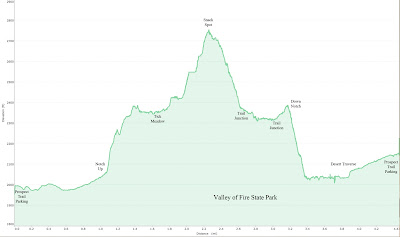 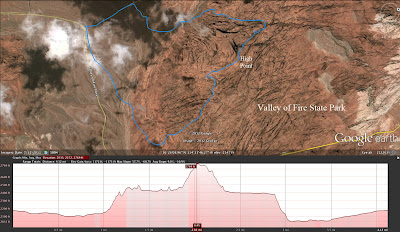 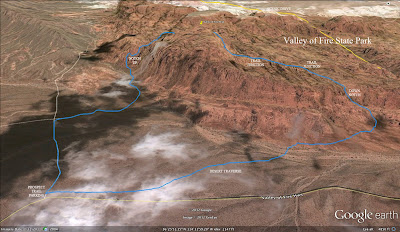 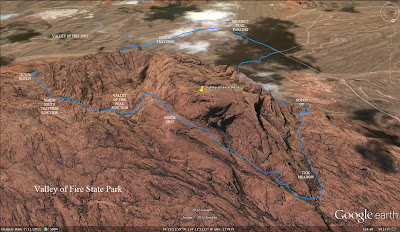