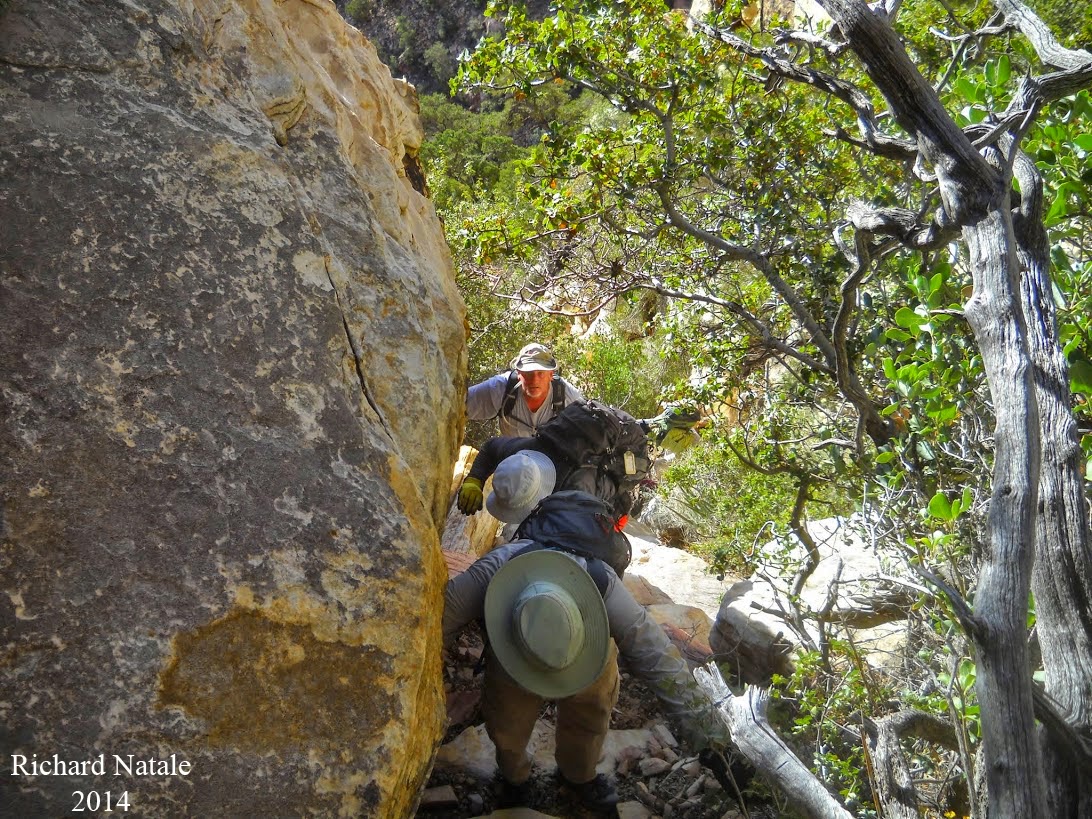 Mount Wilson (aka Wilson Peak) is the highest of a string of peaks along the Red Rock Canyon NCA escarpment. It stands at around 7000 feet with a face that appears to be a shear cliff from a distance. Sitting on the "cliff face" at just over 6000 feet is a "pocket" of trees. Hikers have named this precarious green ledge Sherwood Forest. It has become an aloof destination for advanced hikers who don't mind the extreme exposure and using a couple of ropes to aid in the climbing. 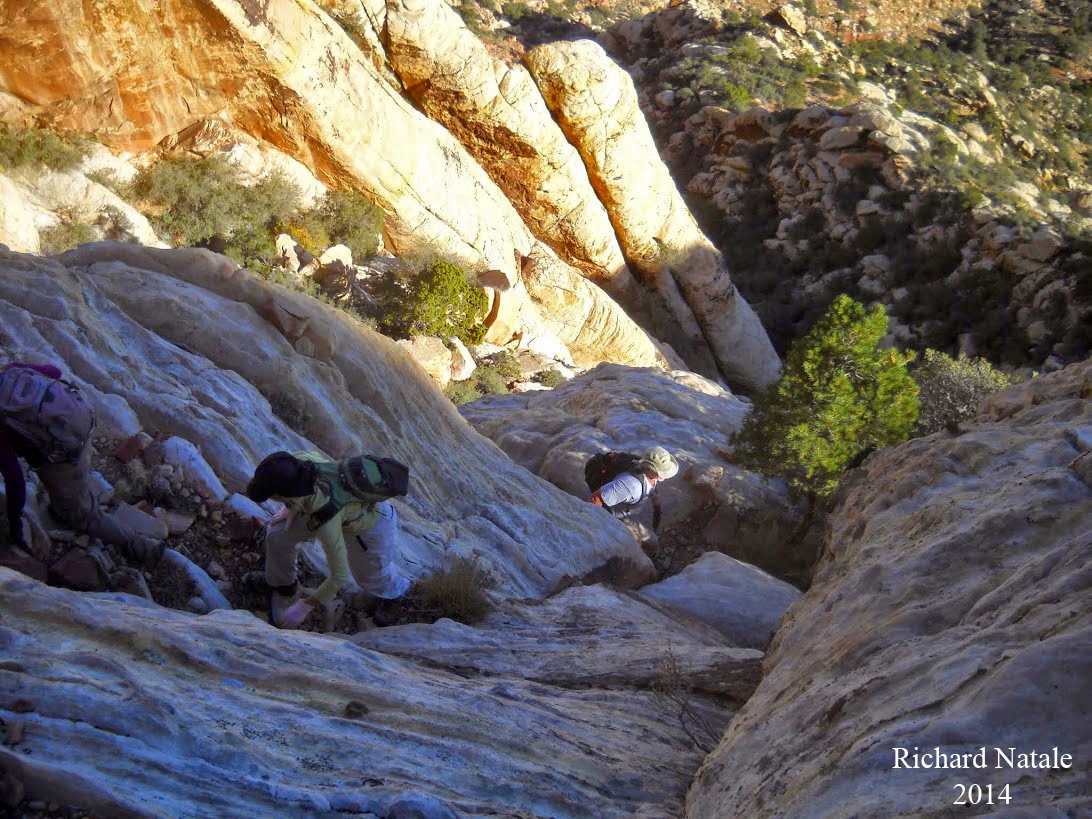 When the hike was announced, it was described as a full body workout! These photos that Richard Natale took of the climb supported this claim. Thanks, Richard, for taking the time to photograph and share the hike with those of us that will probably never get to the pocket of trees on the cliff.

The GPS track for this hike was MIA. However, an old track image of the hike was sent and the effort was made to "draw" the track on Google Earth. It is assumed that if anyone wishes to repeat this hike, they are smart enough and strong enough to figure out the details. 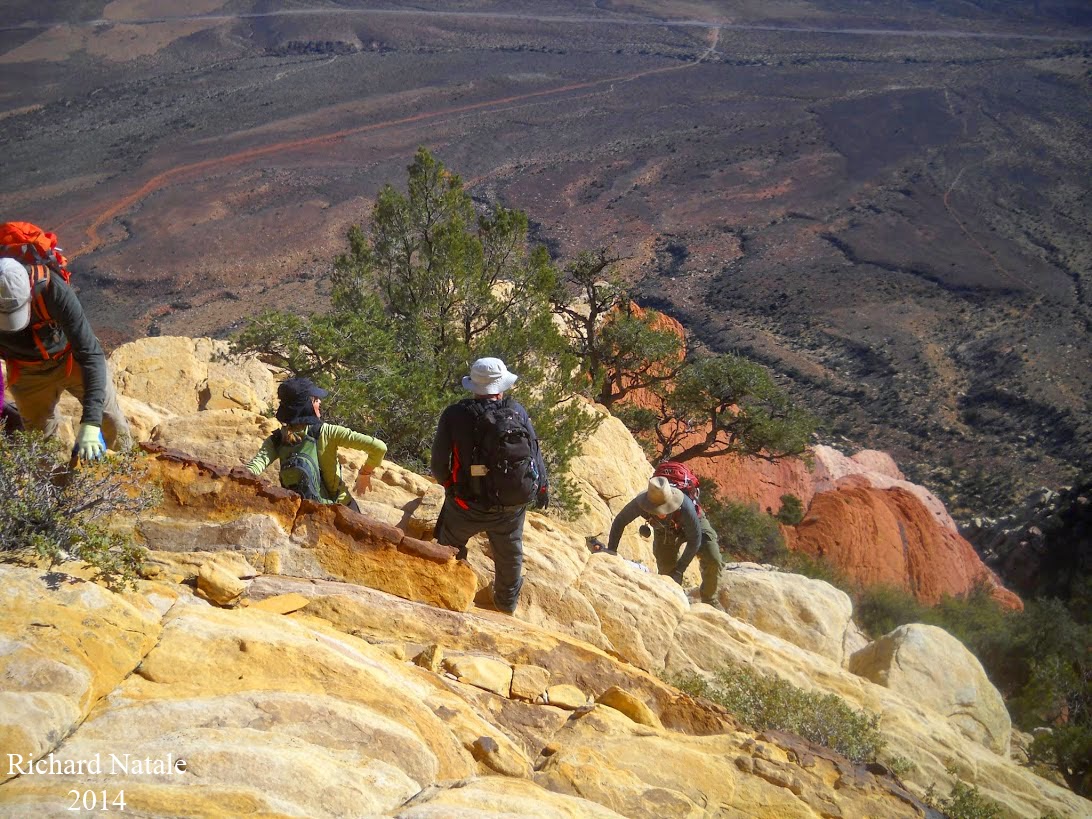 A narration of the hike is also MIA. Strong hikers, long day .... At any rate, the photos tell the story pretty well. It is clear that the hike began similarly to the Baby Wilson hike done in 2013. It is not entirely clear how the Baby Wilson climb transitioned to the Sherwood Forest climb. From there, the climb met obstacle after obstacle. Yet, Richard knew the way and things appeared to go along smoothly. He's been working on this route a long time. 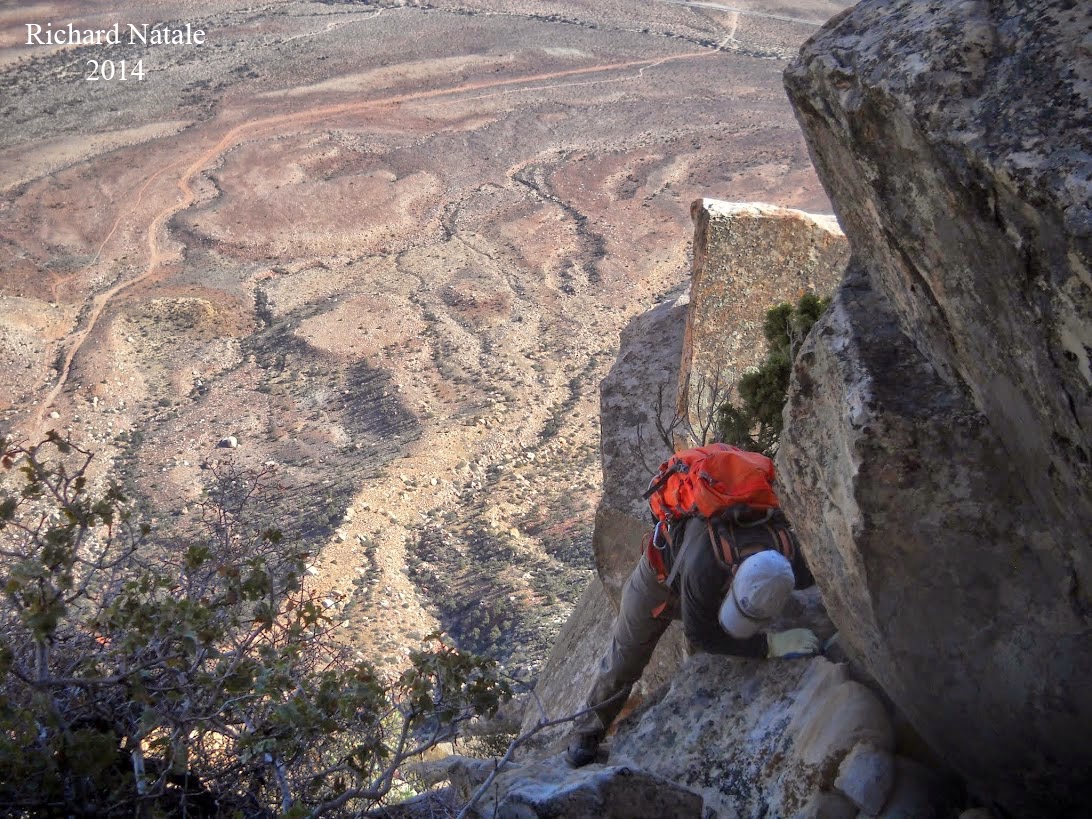 The last part of the route leads the hikers down then up then down onto a sandstone slab. Happy faces at Sherwood Forest said it all! A photo below shows all the hikers clinging to the side of the sandstone slab taking their break. The trees around this area seem to have suffered the consequences of their exposed situation. When the euphoric break ended, the exit started with a steep climb off of the slab. 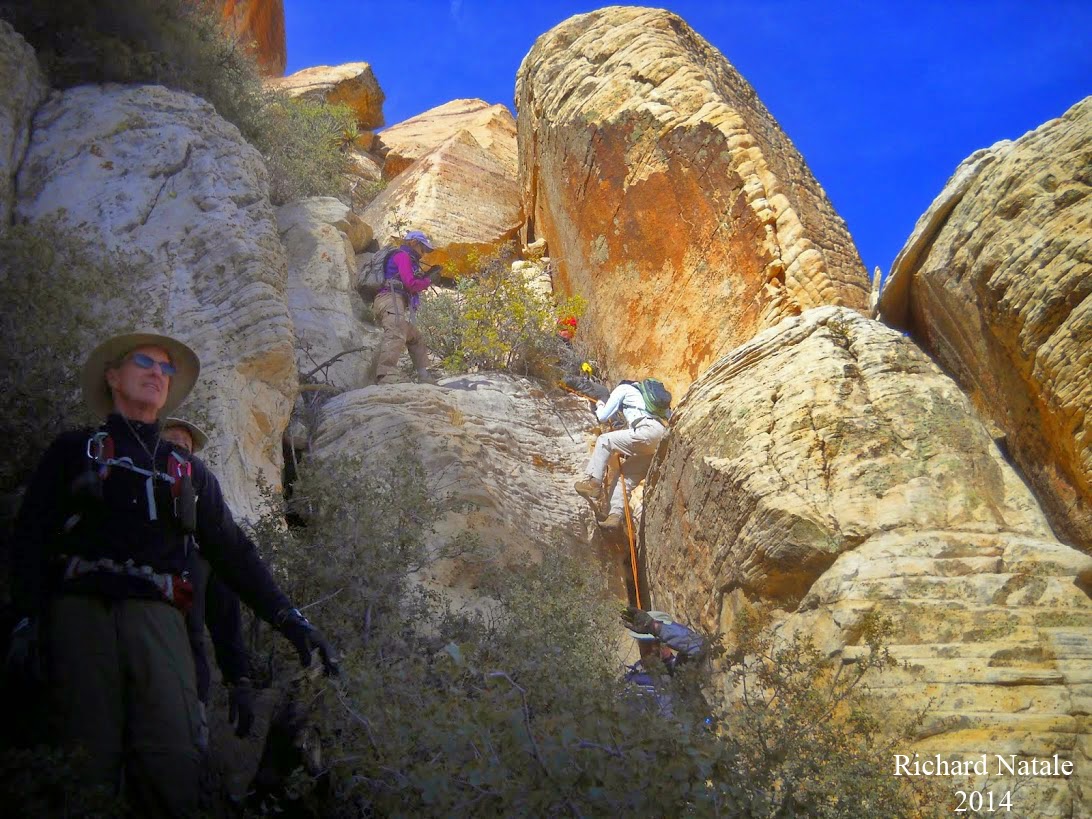 The descent route covered the same path as the ascent did. Steve Anderson wrote that everyone worked as a team throughout the hike. It appears that there wasn't a weak link in the group of eight hikers. Congratulations! Once again, the Around the Bend Friends showing how it's done! 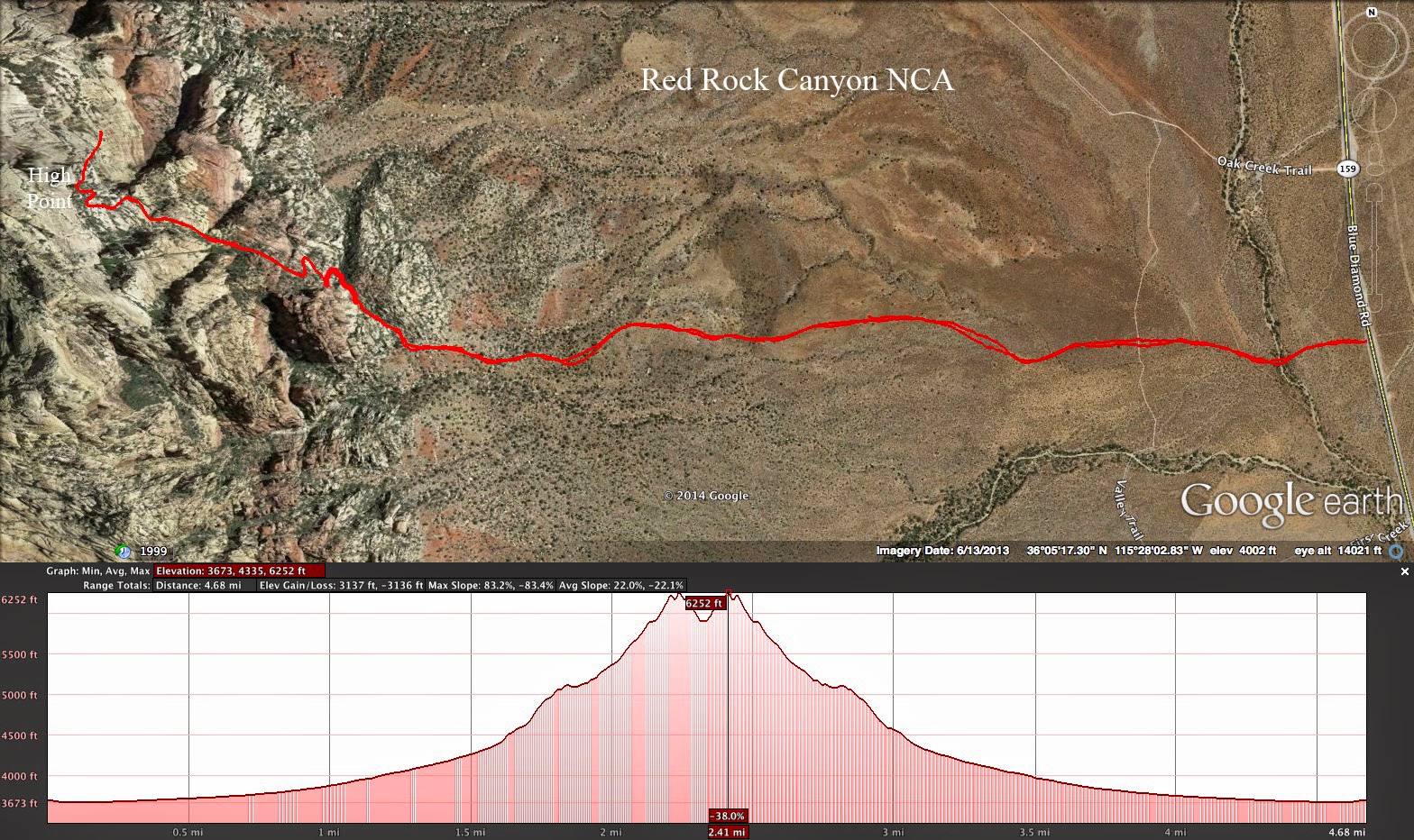 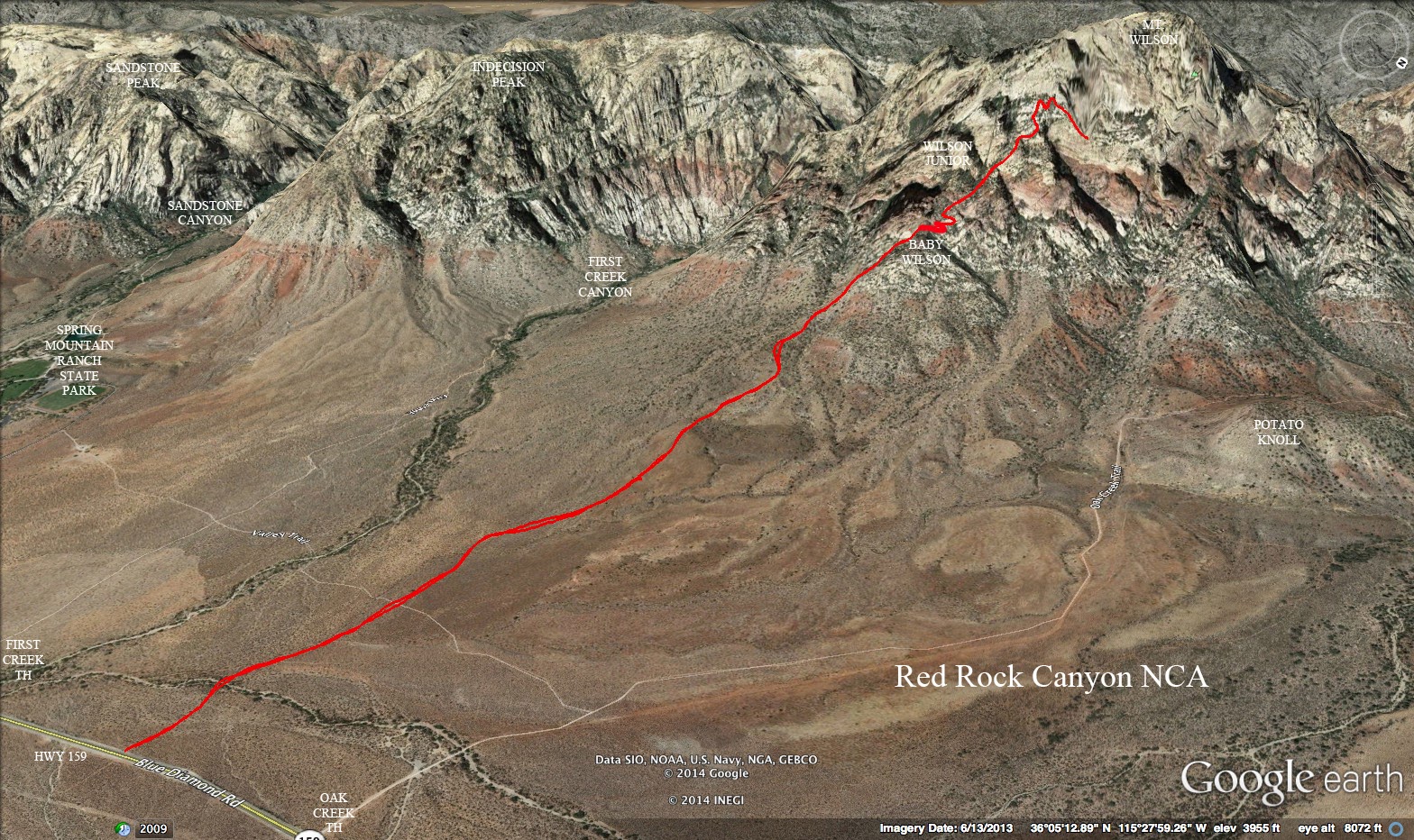 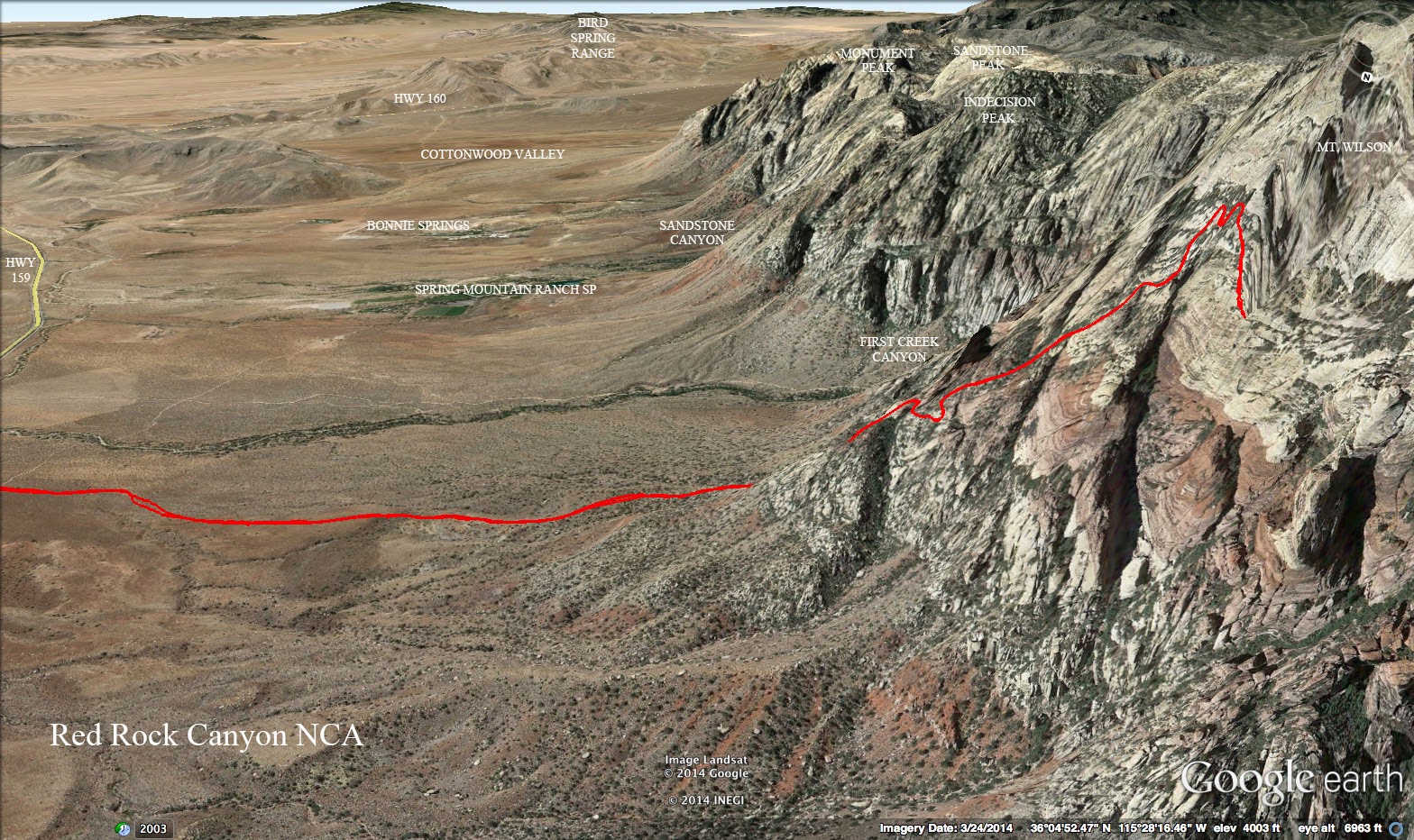 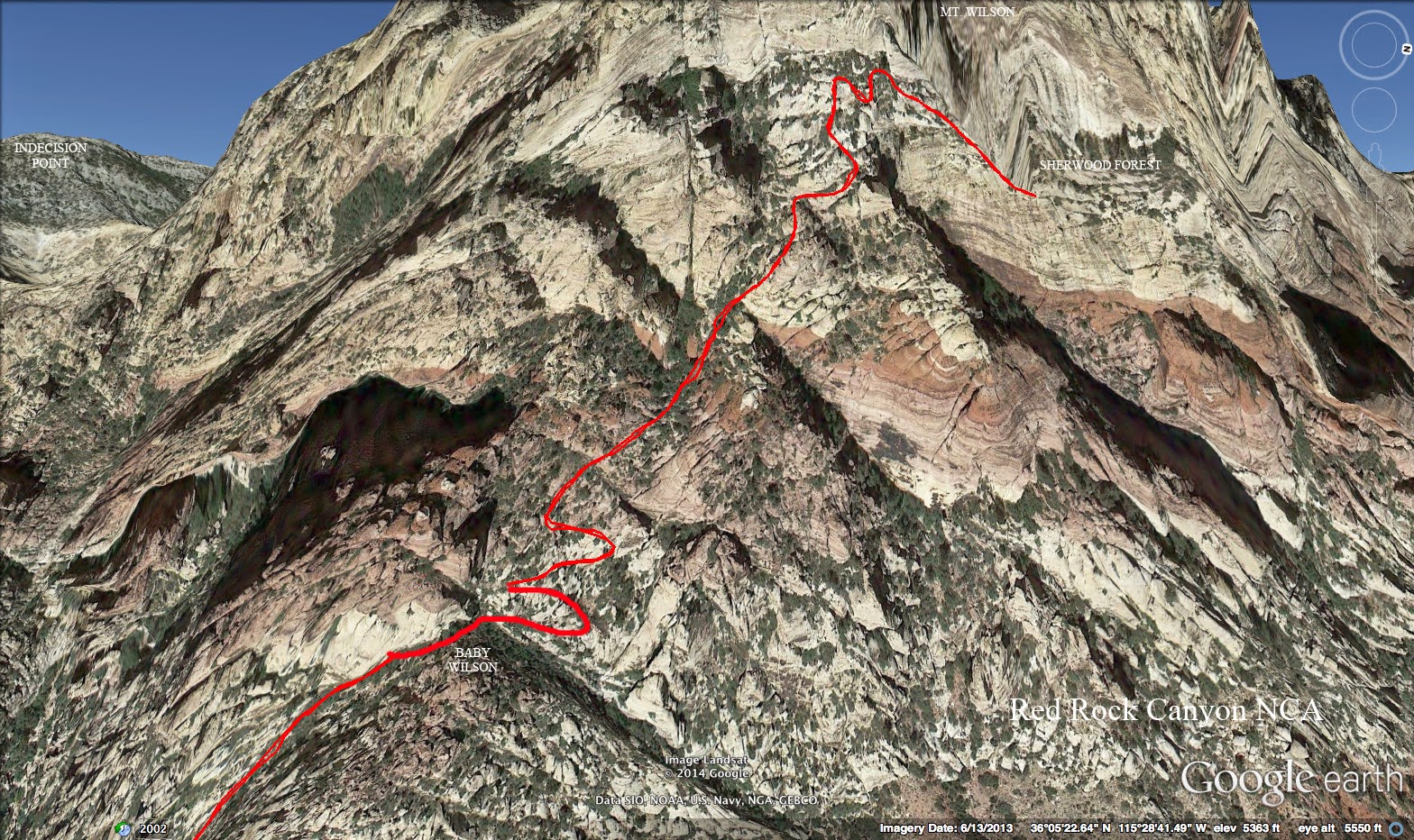 Posted by Las Vegas Cockapoo at 11:51 AM