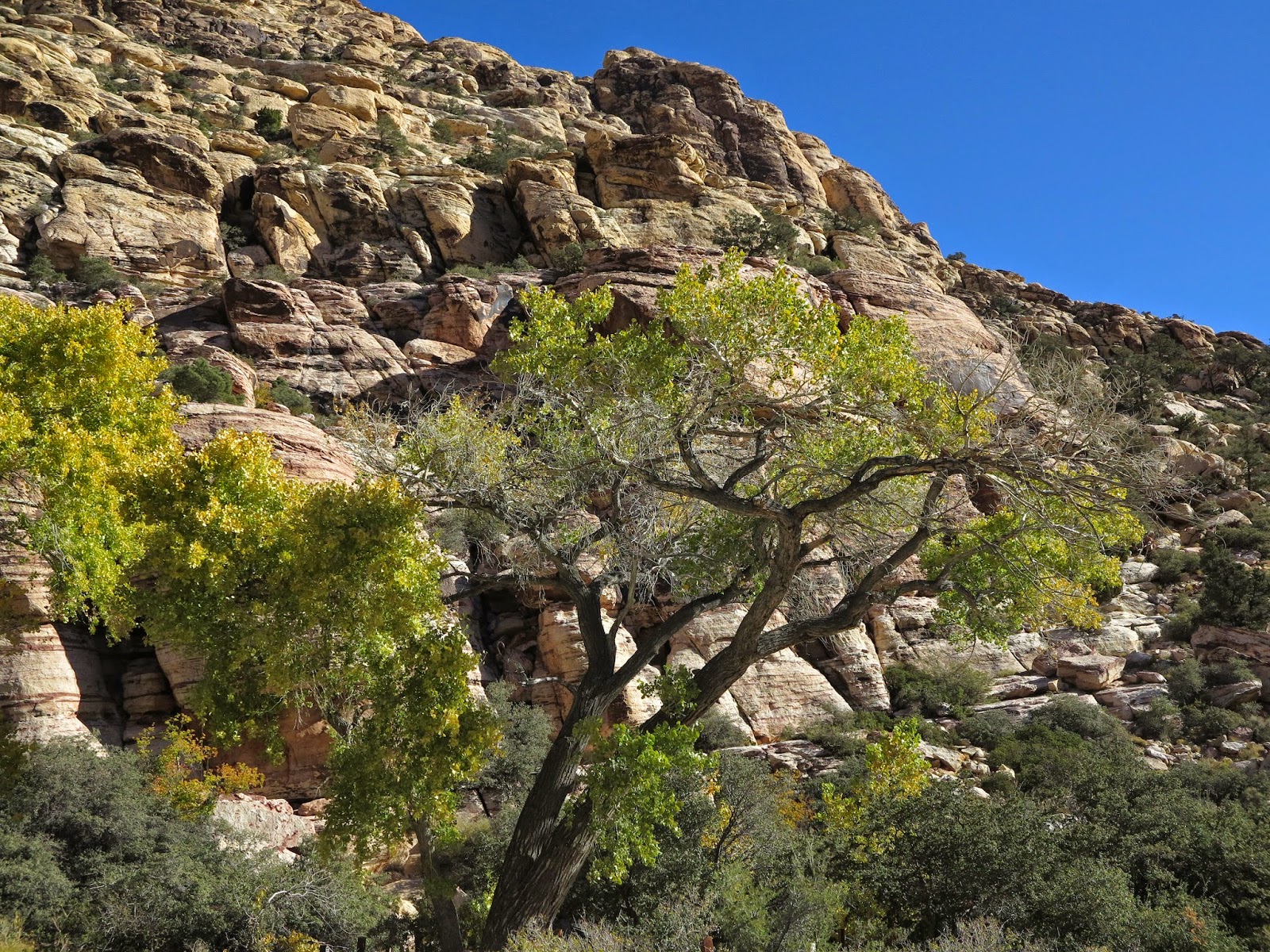 Very rarely, someone loses their way between the meeting point and the hike start point. Today was one of those rare occasions. Although there were eighteen hikers signed in for the hike, only fifteen made it to the Willow Springs trailhead in Red Rock Canyon NCA. So, after waiting for a good amount of time and allowing a large part of the group to hike ahead, Tony relented and caught up with the group. There really isn't much we can do for lost cars ... only lost hikers!

We started up Rocky Gap Road from the Willow Springs picnic area parking. After passing the end of the White Rock Hills (0.6 miles), there is a junction to the right with the wilderness sign seen in the photo below. 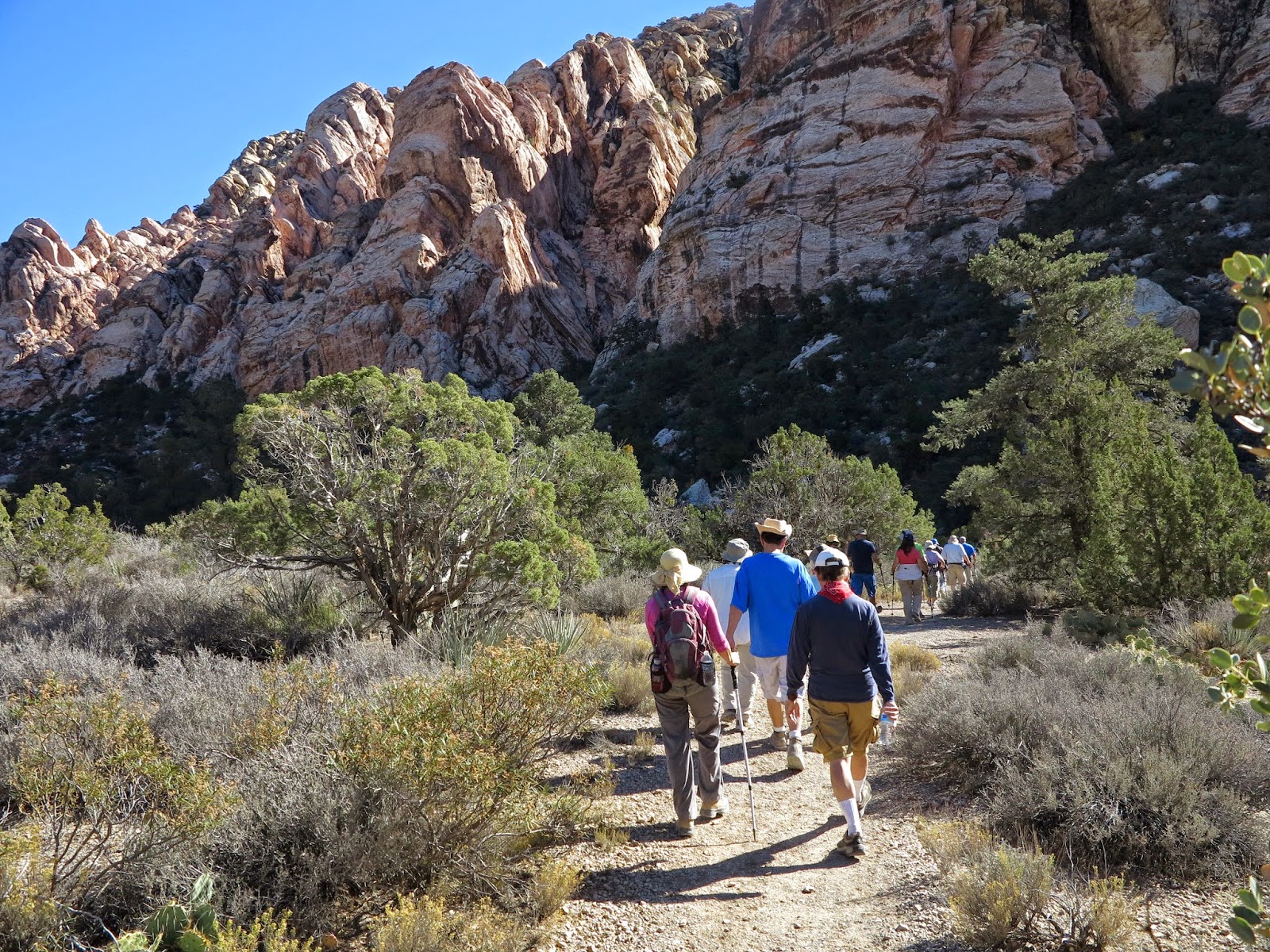 The photo above was taken without knowing that the bighorn was standing on the high rocks watching us. (Note the tiny figure on top of the rocks in the middle.) It was a surprise to see the animal when the photos were being processed! After further magnification, it was still unclear whether the bighorn was male or female. 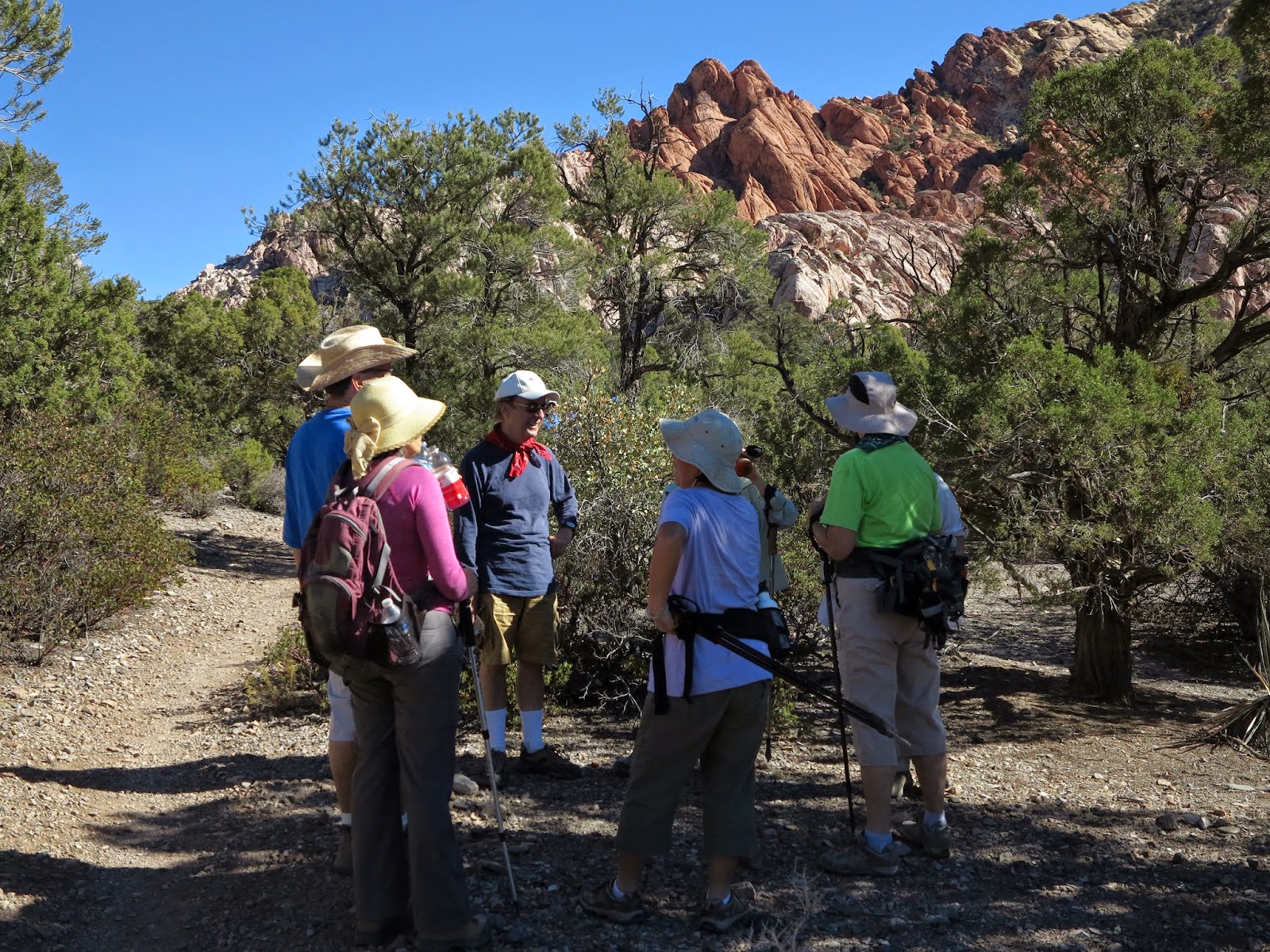 The whole group, however, did spy the mule deer in the wash as seen in the photo above. Even though, it wasn't until most of the group moved away that the deer came out of the brush long enough for the photographer to capture this magnified photo. It was a beautiful day and the animals were enjoying the cool morning before the temperatures started to rise.

We continued up the winding trail behind the White Rock Hills until we came to a large outcropping of conglomerate rock.

On scheduled easy hikes, these rocks have been a stopping place for the Around the Bend Friends for many years. There is a lot of shade and seating in the immediate area. 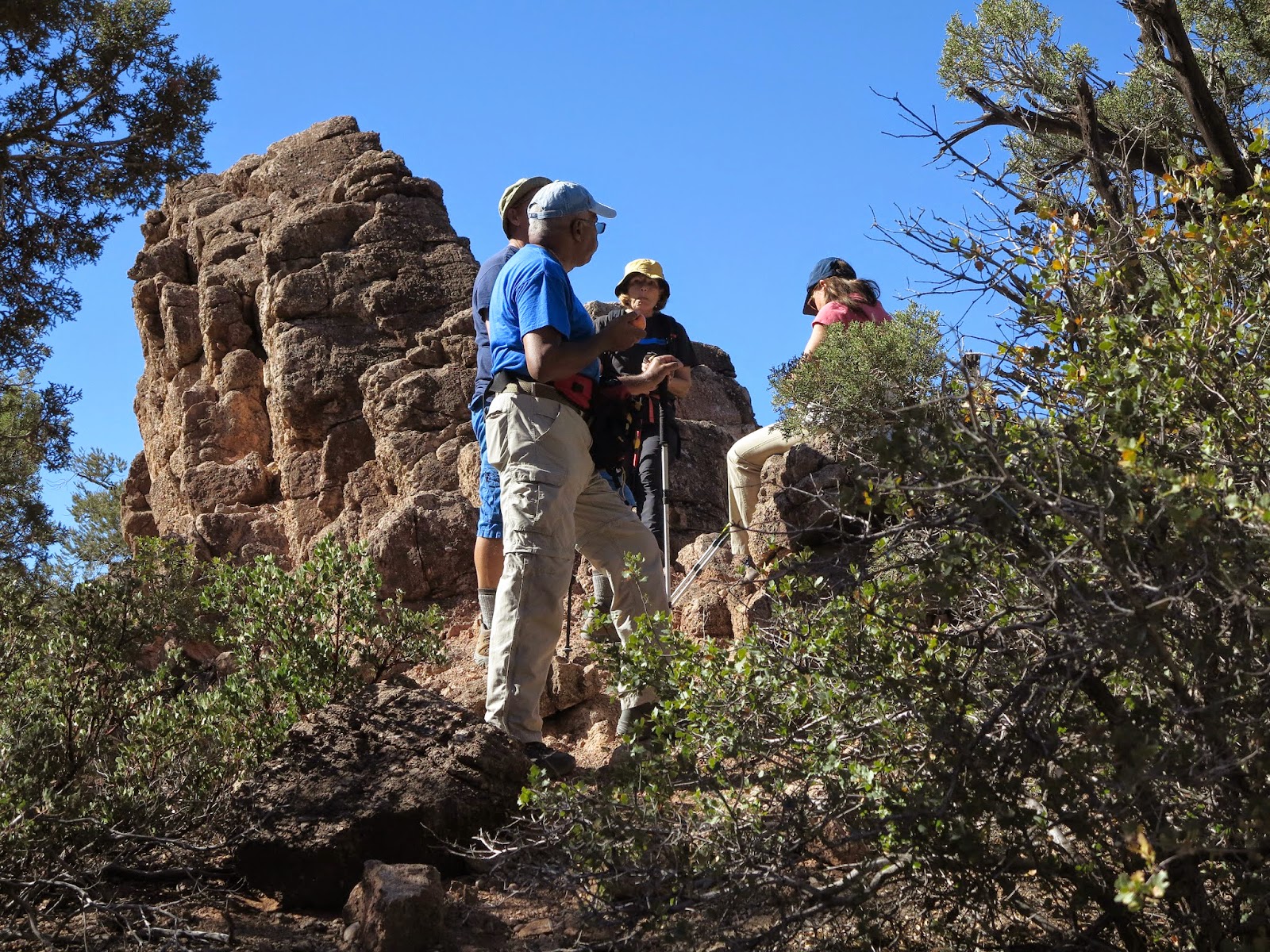 Views of the White Rock Springs Peak and La Madre Mountain Range are fantastic from the rock stop. You can also see where the rock vein continues along toward the southwest as the conglomerate pushes up a few more times in a linear fashion among the hills. Vegetation in this area is also interestingly different. The weather behind the White Rock Hills is more moist than the weather on the front side.

We took an extra amount of time for our break as the group reconnected with each other. 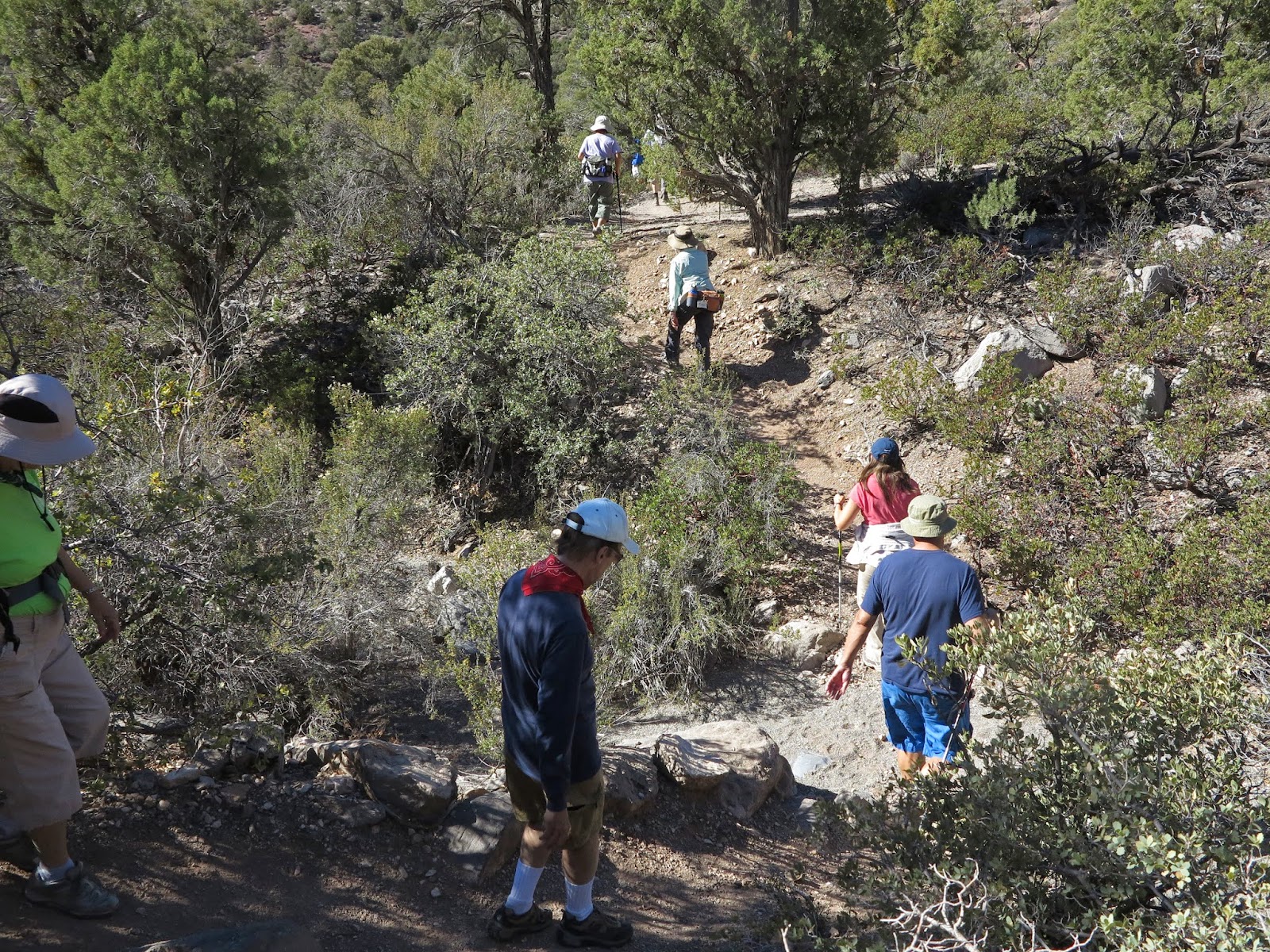 Too soon, we began our return down the trail. When we got to the place we saw the deer, we stopped and looked again. He was long gone ... or well hidden in the brush. We reached the La Madre Springs trail junction and turned left. Then, we turned left one more time on Rocky Gap Road. By the time we got back to Willow Springs, the parking lot was packed. Great morning out! 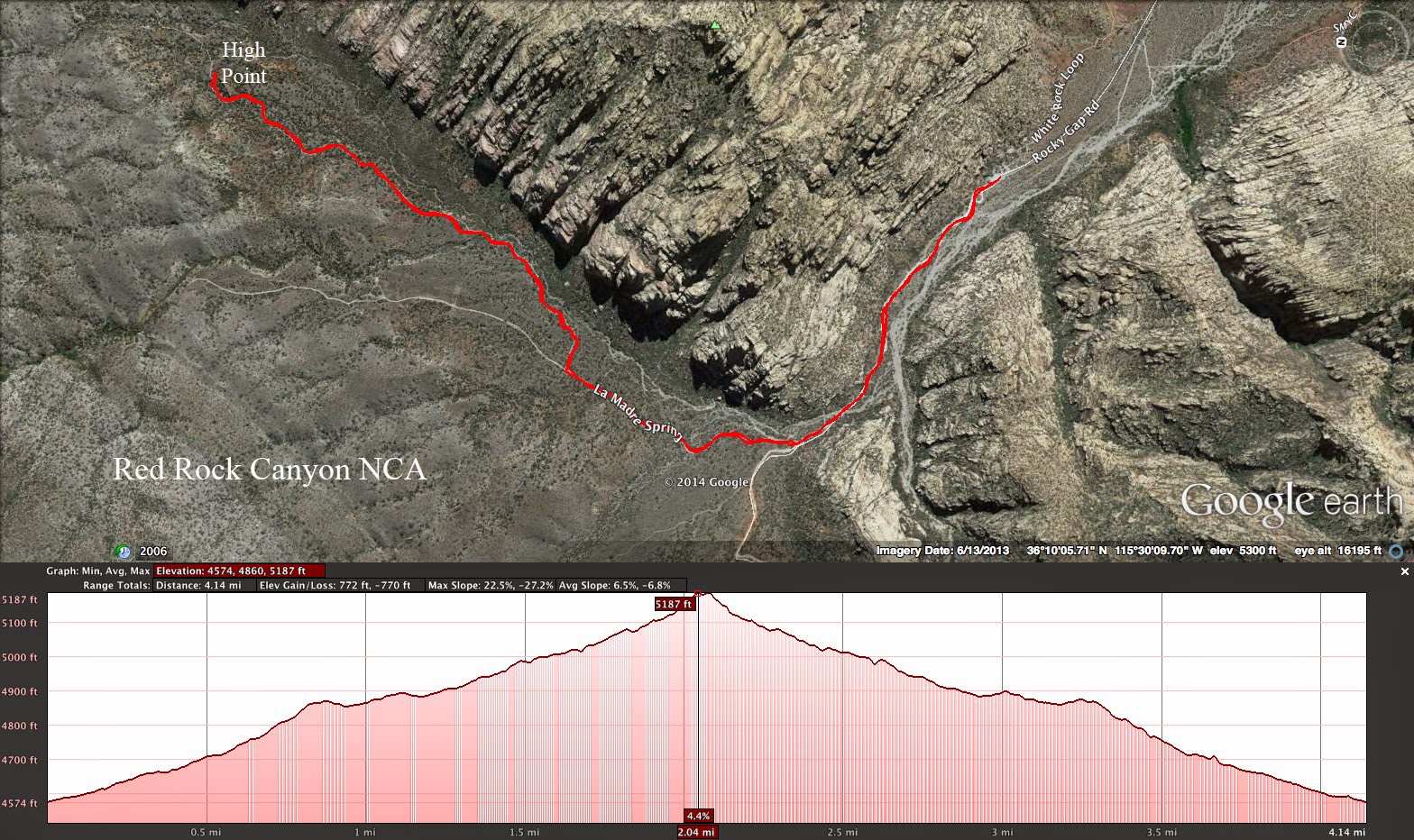 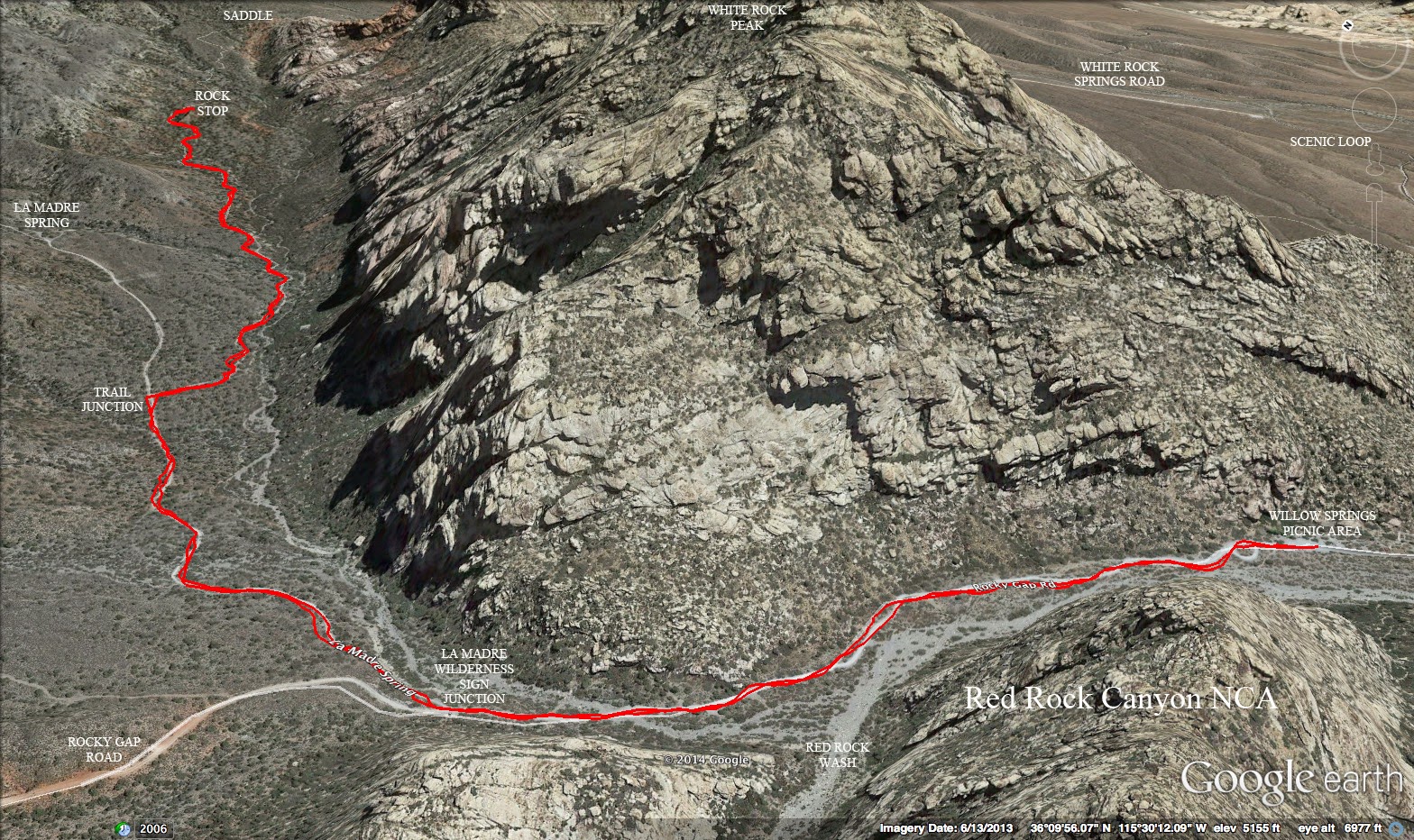