Sixteen hikers arrived at the trailhead located on Archery Range Road off of Deer Creek Road in the Spring Mountains NRA this morning. We only do the Mormon Girls' Camp hike once a year and we have to wait until after mid-September to do it. During the summer, the busy camp is full of nice young women who are there enjoying the Spring Mountains at Camp Stimson. Sometimes we see the youngsters on the trails we hike. And, today, it was our turn to hike on their turf.

We parked at the large dirt parking lot at the Archery Range Road turn. After making our preparations, we started hiking up the road past the camp's access road junction.

Archery Range Rd. junctioned with an old road that dropped down to Deer Creek Road where we began hiking up into the Deer Creek picnic area. The asphalt climb opened our lungs and, soon, we connected with the Cougar Ridge Trail, a dirt road that continued up the canyon.


We reached the resort cabins and heard the history from Chris. These cabins were built to house the sawmill workers at the ruined site up the hill. In recent years, the cabin property was bought to renovate into a rentable rustic resort. We continued our climb up to the old sawmill site where not much remains then returned to the road. The next stop was at a couple of old buildings that were not renovated. These were the old bunkhouse, a storage building and the old outhouse. We peeked inside. Interesting. The next cabin was in good shape. It was the old cookhouse.

We returned to the road again and were met with the steepest climb of the day. The large group climbed at their own pace.

At the top of the long hill, there is an overlook ... er ... a lookout. Well, whatever you call it, we had a grand view of Mummy's Nose which was quite a bit higher than us.


Just before the overlook, there is a right turn. We took this turn to continue on Cougar Ridge Trail. Most of the remaining hike was downhill from here. As the road swung out around the hill to our left, we had views of the distant desert playa. We also had a complete view of Wild Horse Ridge and two separate aspen groves that had turned yellow in the last day or two. We hiked the road conscious of the private properties on either side. There were many No Trespassing signs and we tried to obey by staying on the road at all times.

The road led us around the hill and down. After a short climb, we took a right fork in the road.

On a past hike, we had dropped down to the wash on our right here. Today, we continued out the road until we reached the flat ridge point. Taking the ridge point out until it started to drop, we found ourselves on a very steep game trail.


We were very careful and moved slowly if we had to. The treacherous trail ended in fun since no one got hurt. At the bottom, we arrived at the very top of the girls' camp where they kept their fire wood and chopped it up. When everyone reached the canyon floor, we started down on a wide trail area that led into the camp. Aspens grow all through this area but these trees have not yet turned yellow.

At the first large set of picnic tables, we stopped for our break. It was near the spring marsh where there was a field of columbines growing.

The camp has upgraded its facilities in the past two years as evidenced all around.


Tent platforms had been built everywhere! The amphitheatre had been torn down and a new one has been built. (This one probably has a better sound system!) The zip line, climbing wall and totem pole are the same. But, alas, the old rope bridge is history. It was lying on an embankment in pieces. Perhaps a new one will be built for next year's girls. Other than that, Mike made a BBQ discovery at the camp kitchen. Probably not too good by now.

We hiked on down to where the rope bridge used to be and started down the trail that would be used by the girls in case of a forest fire.

There was one more fun obstacle that had no way to get around without doing it. It was the slip and slide rope hill!


We each had our own technique for using the rope ... or not using the rope. But, we all had a ton of fun. From there, the trail continued through the small canyon and forked one more time. Taking the right fork again, we climbed an old road trail up to the cars. This is a fun loop hike with bits of historic and "back to being a kid" values. 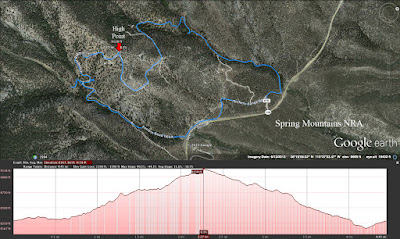 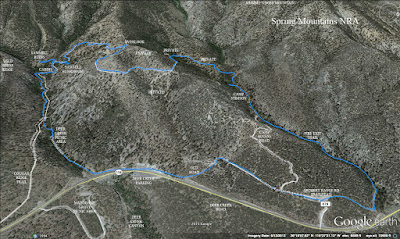 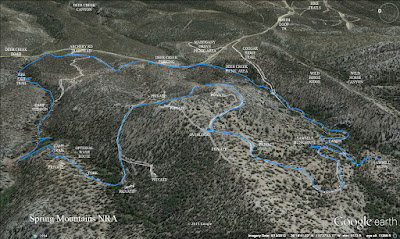