The second climb up to the peak of Mummy's Nose in the Spring Mountains NRA for the summer of 2015 was accomplished on a cloudy morning last week. Mike OC sent a few photos and words about the significance of this particular hike. Other photos from a 2012 hike were added to complete the entry. Essentially, the hike begins at the chain-up area on Lee Canyon Road, crosses the road to ascend a dirt road, finds a trail leading up toward the peaks above, drops into a very steep drainage, climbs the drainage to a saddle, turns left to find a 3rd class climb up to the next level, then, finally, completes the climb to the pointy peak where a large group of hikers fits precariously tight.


“Climbing is a dance and the mountain always leads.” Any hiker worth his salt knows that you can never one-up the mountain. But occasionally you can exact a little revenge.

Earlier in the summer on a warm June morning, Rita took a nasty, headfirst fall just below the summit of Mummy’s Nose. (See where Mark is standing beside the tree in the photo to the left? That’s where she landed. Still gives me chills.) Broken wrist, sprained hand, forehead lacerations and multiple contusions. Twas not a pretty sight. Today, three months later, a determined Rita once again gazed up at that formidable pinnacle, determined to retrace her steps and exorcise those demons.


The ascent was steep and grueling, with the occasional loose rock cascading down the slope. Following a delightful lunch on the summit, we began the long, tortuous descent, carefully dropping down onto the eponymous Rita’s Ridge, the site of the June mishap. And one by one, we stood on the edge of the ridge and stared down into the abyss. Rita may have stared a little longer than most. She called it closure. 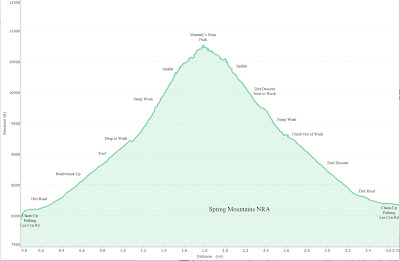 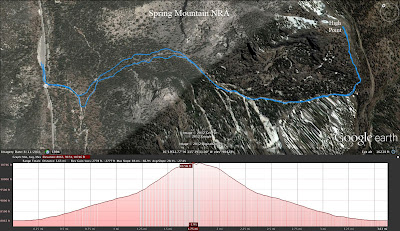 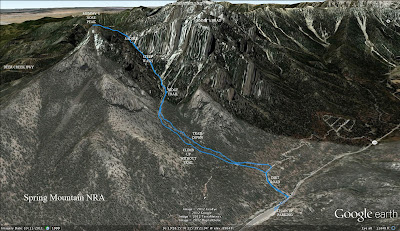