Brownstone Canyon Archaeological District comprises 2,920 acres (1,180 ha) and is located in the La Madre Mountain Wilderness Area which cover 47,180 acres (19,090 ha) in southern Nevada. The area is administered by the Humboldt-Toiyabe National Forest and the Bureau of Land Management and includes many petroglyphs. The district was listed on the National Register of Historic Places on September 22, 1982 for its significance during the period of 1975-2000. ~ Wikipedia

Thirteen club members gathered at the Kraft Mountain Trailhead parking area in Calico Basin for another epic hike to Brownstone Canyon, a long intricate scramble over limestone and sandstone.


The area had gotten a lot of rain only two days previous and evidence of the water showed itself through puddles, wet sand, flooded slots and filled tinajas. It was a "red letter day" for this hike as we donned our layers and set out into the 45ish degree temperatures. Our first challenge was to warm up on 5 Stop Hill; a 0.80 mile climb up 600 elevation feet. We arrived at the saddle between Kraft Mountain and Dragon Peak warmed up and ready to go! The low winter sun lit the way down the other side and into Gateway Canyon. A short trudge up the canyon gravel wash and we came to the first scramble of the day. A different kind of warm-up! The Sliding Board Obstacle gave us no problems and we were good to go again.

Further up the limestone canyon, we started hitting challenge after challenge. The scrambles in Upper Gateway Canyon remain a great workout. We climbed safely and steadily.

The first large pool of water that we found was in the "terrace" section of the canyon as seen above. There were a few small pools after this that we had to skirt around. Easily done in this canyon.


Finally, we reached the top of Upper Gateway where the red and cream colored sandstone comes down to meet our gray limestone. To continue on the Brownstone Canyon route, a left turn is required here. Climbing into the sandstone, we came to a small canyon that turns to the right not too far from this point. We turned and soon found a streaming waterslide and pool. Our scramble continued up the rocks of the canyon until we found a high falling waterslide that fed into the first pool that we had seen. A sharp turn to the left took us up a zigzag route across the waterslide and up the cliff behind it. There is a little bit of exposure here.

We noted that there were several clean animal bones lying in the water at the top of the waterslide. Nice place for a picnic!

We turned to climb up through a slot and found that our luck was temporarily waning. The slot was filled with water but there was just enough dry room to pass by so we were drawn in. In retrospect, an optional route would have been better but we persevered.


There were three different routes that the group took to get through the water-filled slot. All routes worked ... sort of. Then, we were on our way again as we found that first tinaja on the plateau filled with water. Loving the water water everywhere theme of the hike, we were shocked to see that the deep tinaja landmark was still dry! Nada. Anyway, the small slotty wash past this was full of water and we skirted it, also, to get down to the top of the infamous crack down-climb. We had several newbies on the hike today and all were instructed to do whatever the person in front of them did. Smoothly, we descended the crack choreography and ended up at the pictograph site.

We took a look at the ancient paintings and continued down Brownstone Canyon to find the petroglyphs site found in the desert varnish high up on the side of the canyon.

The group was still together and we garnered the assistance of Susan M. to show us the Lower Brownstone Dam. Today was an excellent day for this!


Past the petroglyphs and into an opening on the side of the canyon, we followed a worn path past a few small pools of water. Then, there it was! The concrete block dam erected by the CCC to help slake the thirst of desert wildlife spanned the gully. Behind the dam, a small pond had formed. We climbed up past the dam on both sides and sat for our break looking back at the dam. Through the lens, we saw reflections in the water, dark clouds over the La Madre Range, low sunlight streaming in playing havoc with the camera's automatic metering abilities, and colors of the sandstone in Brownstone Canyon. It was an absolutely beautiful place to sit for a moment!

Although it adds a little overall distance to the hike, the dam has to be included if there is a chance of the pond being full!

After we had our fill of the beauty for the moment, we retraced our steps back to the crack for the ascent. There are options but the crack is pretty fun!


Back at the dry deep tinaja, we began our return across the plateau on its high end. At the sandstone border, we turned to our left and descended the slab back to the top of Upper Gateway. Again, the scrambles in Upper Gateway came one after another. In an effort to protect our knees, we took our time. This was appreciated by at least half of the group! Finally, we reached the Rattlesnake Trail junction and continued down Gateway heading into the colorful sandstone.

The hike down the gravel wash was easy as we passed the large cairn where we had dropped into the canyon earlier.

The clouds above us were allowing a different light into the canyon and the photos reflected that. Still a small bit of metering difficulty.


Nevertheless, the group enjoyed the colors and the interesting sandstone designs as we dropped through the well-rehearsed obstacles. At the bottom of the scrambles, we turned onto the Kraft Mountain Loop Trail to circle around the south end of Kraft Mountain. There were several groups of young people enjoying the bouldering that Kraft Mountain offers. Good people. It was a fantastic group of fun club hikers today with a few guests to round out the hike. Thanks to everyone for the epic adventure! 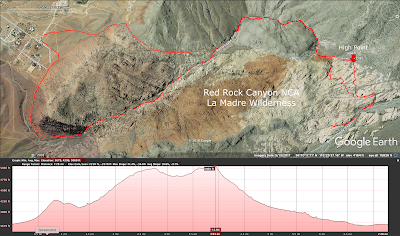 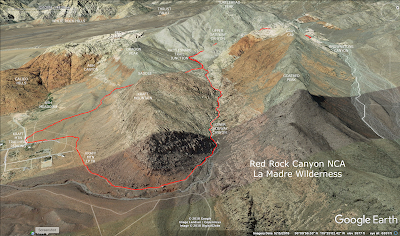 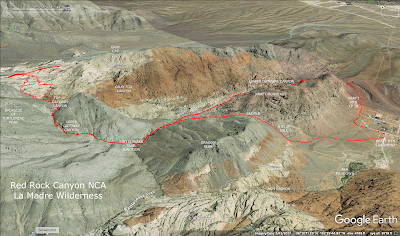 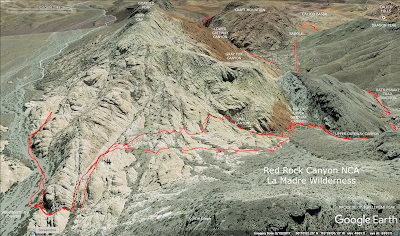 Posted by Kay Blackwell at 3:00 PM