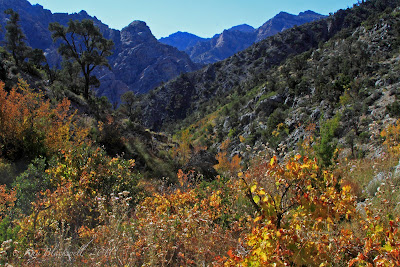 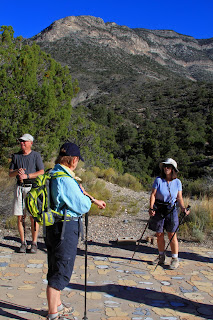 Twenty- six members of the Around the Bend Friends took a drive around the Red Rock Canyon NCA scenic loop and began hiking at the Willow Springs Picnic Area which lies between the White Rock Hills and the Escarpment. Hiking up Rocky Gap Road between the La Madre and Rainbow Wildernesses, we soon took a right turn onto another rocky road. This road is blocked off to cars by boulders but, at one time, it was the road that brought someone to their summer home. There is an old home foundation on this road that still has partial tiles stuck to the concrete. 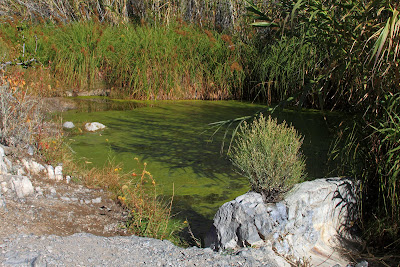 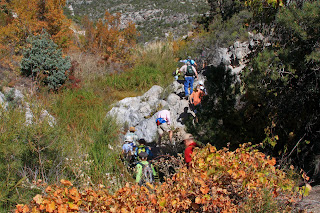 The next point of interest is the small pond made by damming a spring in the 1960's. This pool waters some of the wildlife in the area such as big horns, deer, and smaller animals. There has also been sightings of a mountain lion in this area. During the spring, frogs happily enjoy the water as well. From here, the trail turns into a single narrow track that leads up the side of the mountain alongside the running spring water. 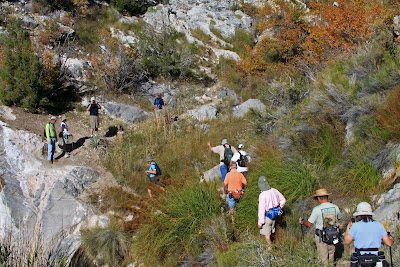 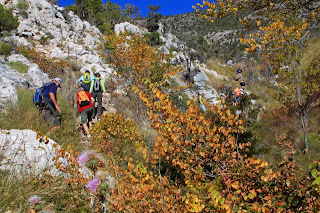 The trail is steep in some places, wet in other places and beautiful in all places. Desert bamboo rises from the water and small waterfalls decorate the surrounding grass. Autumn colors abound mostly from the grapevine leaves along the stream. We climbed up to the small miner's cabin made of rocks and timbers and took a break. 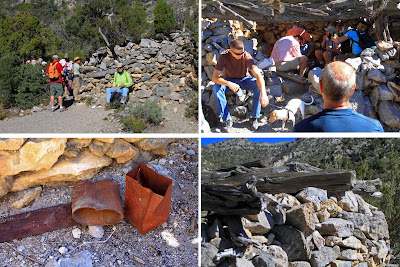 Inside the cabin were rusted antiquities. A young couple were already there with their dog. Five hikers from our group plus the young couple decided to climb on up to the mine which is located steeply above the cabin. The hike down was slow on the steep slippery slope but all hikers were accounted for at the end. 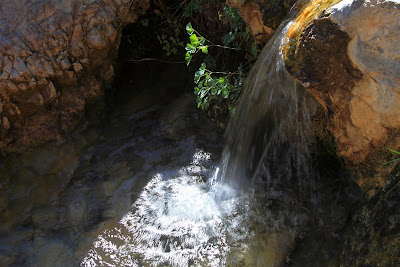 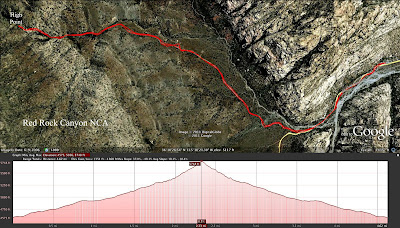 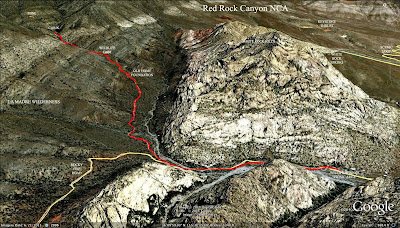