Once in a while, we have a club member who sends pictures of their travels to somewhere in this wonderful world. Today, it is Mike O'C. that sends his pics of a bike rally in southern Italy. He entitles it, "A Tale of Two Islands." 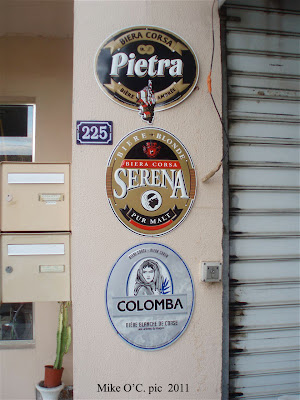 The beers of Corsica

The Strait of Bonifacio separates the islands of Corsica and Sardinia. Beginning on the Cap Corse http://en.wikipedia.org/wiki/Cap_Corse, the forefinger of northern Corsica, our three-week cycling odyssey swept southward down the island through picturesque coastal towns and secluded mountaintop villages. 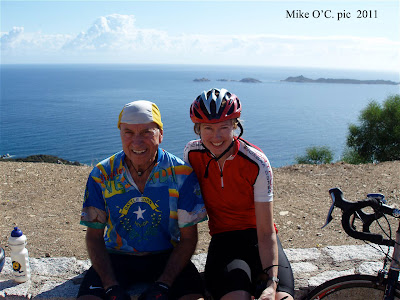 Southeast Sardinia along the Tyrrhenian Sea 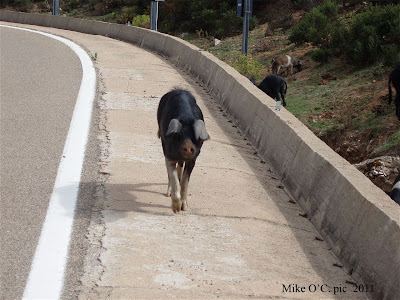 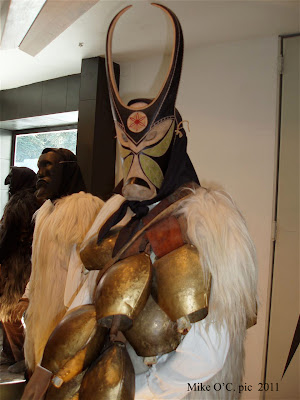 A short ferry ride across the strait delivered us to the shores of northern Sardinia. Continuing south, the ride meandered down the coast and across the spine of the island, ending in Sardinia's capital, Cagliari. 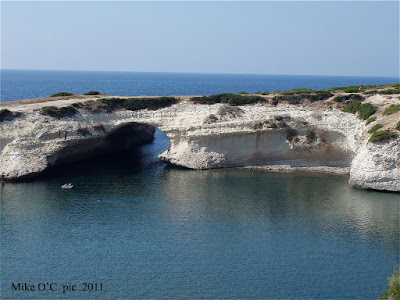 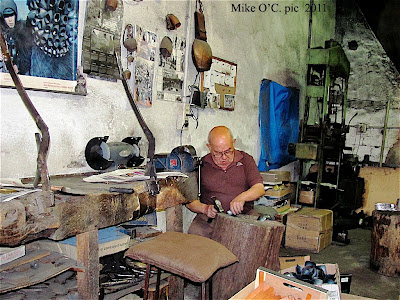 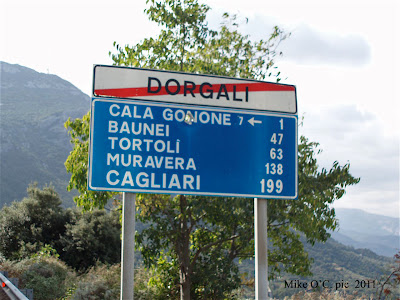 A long way to the finish

It was the best of France and Italia. A magnificent ride. 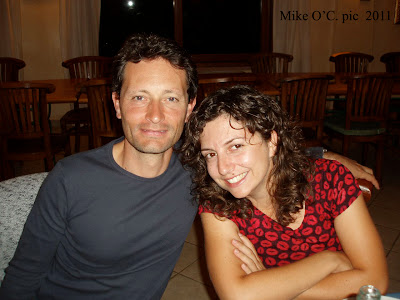 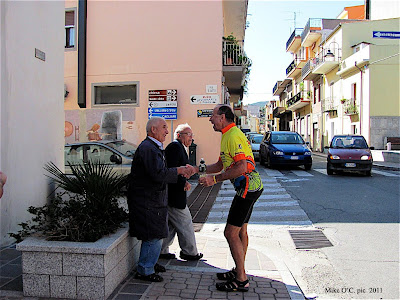 Running for mayor in Tertenia, Sardinia 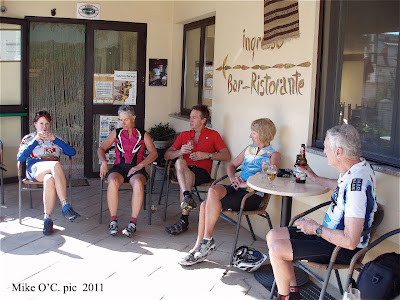 There was no shortage of mountainous terrain, as the 708-mile ramble featured over 47,000 feet of vertical ascent. Pluperfect weather and breathtaking scenery throughout. A keeper, for sure. 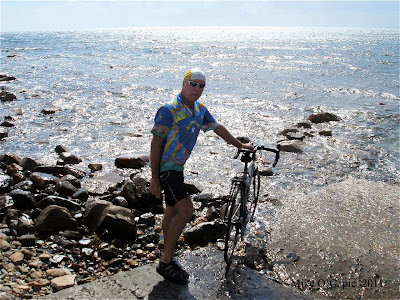 The last three photos are of our hike. That was our so-called 'rest day.' No cycling. 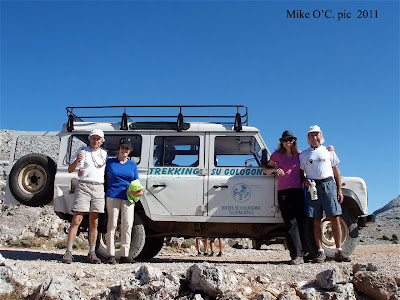 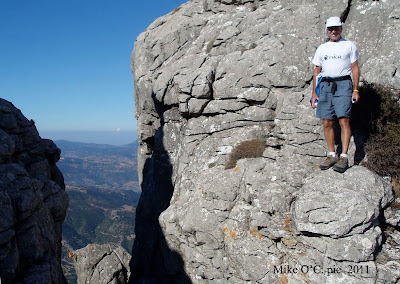 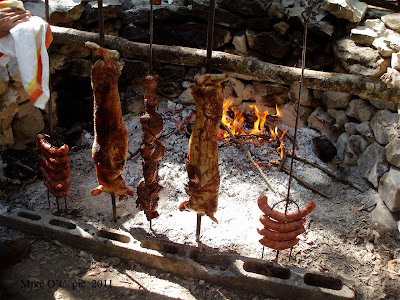 Shepherd's lunch after the hike. An absolutely sumptuous selection of fresh meats, all washed down with the local cannonau wine.

Thanks for the blog trip to Italy, Mike!
Posted by Las Vegas Cockapoo at 9:08 AM