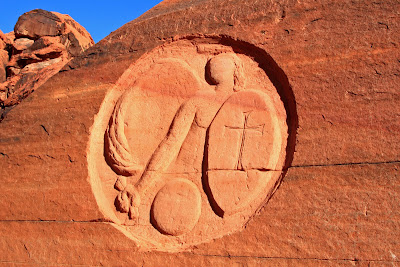 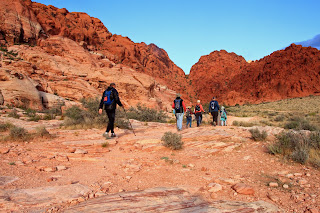 There were fifteen hikers on the Red Springs Loop today. We began the hike from the Red Springs Picnic Area under brisk windy skies. The exercise brought warm relief quickly and we scurried over to the pass which is sometimes referred to as Angel Pass due to the angel carving (seen above) found between the walls on the opposite side. Beginning the climb over the pass, the group spread out over the canyon as it was "every man for himself (herself)." It would have been very difficult for anyone to get lost here and we indulged ourselves in our personal adventures. 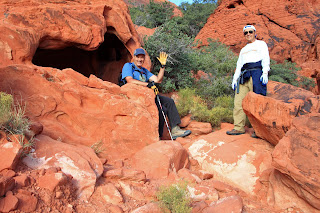 One by one, we arrived at the top of the pass where we waited until everyone had appeared at the top. The views (seen below) were great! Finally, we began our descent to the Red Rock Canyon NCA scenic loop side of the pass. Again, there were always at least two different routes for everyone to choose but, magically, we all arrived at the angel carving near the bottom of the hill. When we reached the bottom, we climbed up on the rocks beneath the Calico II Overlook and took a break. 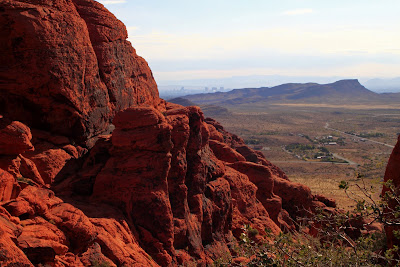 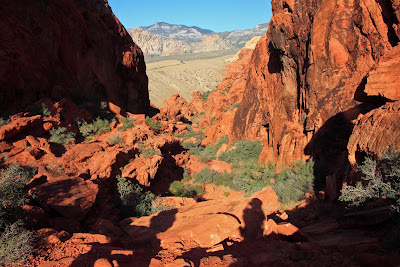 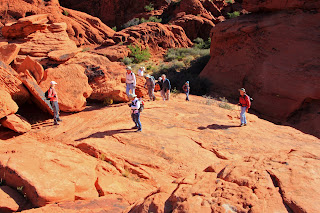 After the break, we finished dropping down to the wash and followed it until we reached a slot to the left where we would climb up to the ridge. Three of our hikers decided to take the trail on the scenic loop side of the wash. 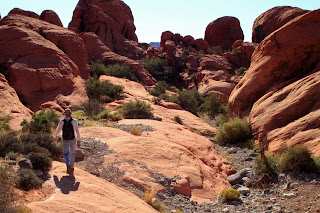 Coming back down off of the ridge, we, again, dropped down into the wash where there were many opportun- ities to scramble. At one point, we had to climb back out to the adjacent trail in order to avoid a large dry waterfall. But, we dropped back into the wash at the first opportunity. A smaller dry waterfall offered a bit of fun as seen three photos down. 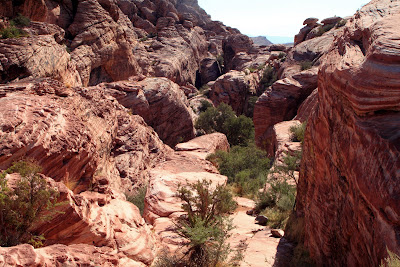 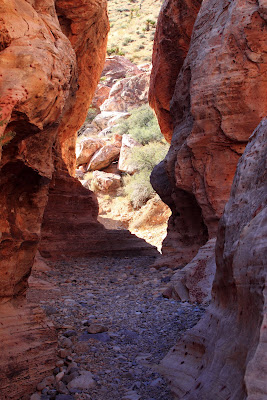 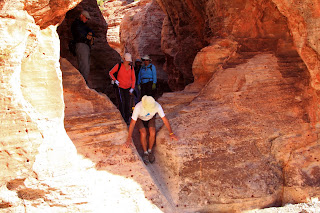 We each descended the small waterfall with various styles and methods, then proceeded down the wash. A small side trail took most of us up and around a difficult section over the boulders. A few more interesting challenges were surpassed and we turned left onto a trail that led us around the base of the sandstone above. 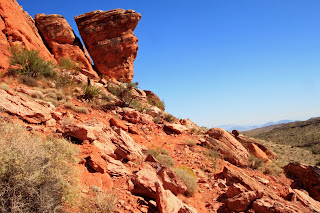 We stopped at an area of very large fallen boulders where there are a few petroglyphs then proceeded up to the saddle above the Red Springs Picnic Area. One more drop down the hill and we were back at the cars. The day had turned out gorgeous and the temperature was perfect. After 3.75 miles of fun, we left the park. 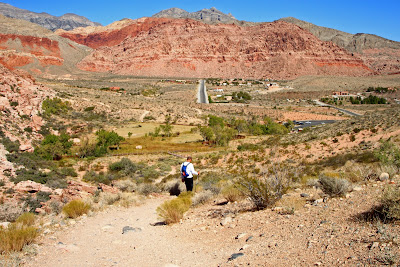 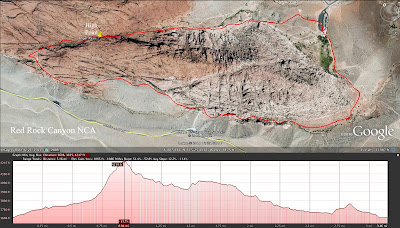 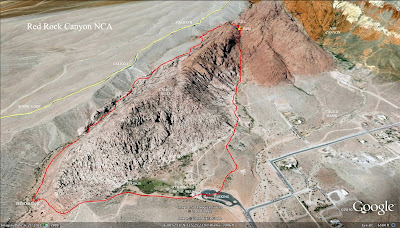