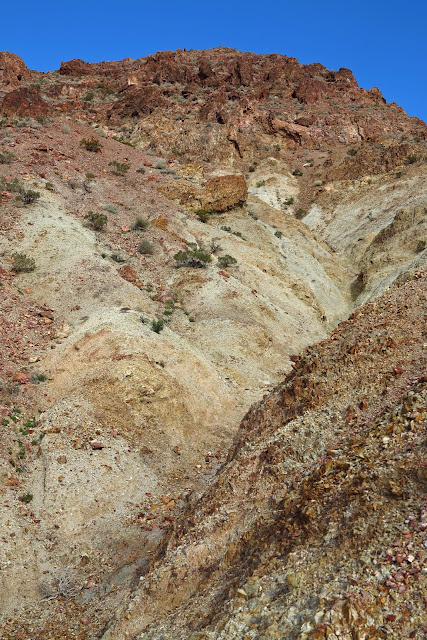 Colorful Wash on the Mother Trail 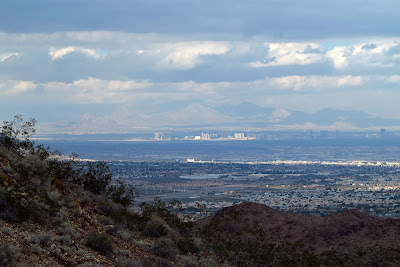 Sun on the Skyline on a Cloudy Day 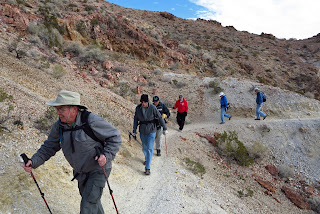 Today's hike was squeezed into just under three hours before a cold wind storm hit the Las Vegas valley. We were bundled up but, luckily, we managed to finish the hike before the worst of the weather arrived at Boulder City's Bootleg Canyon Park where the zip line is located in the River Mountains. We began our hike at the base of the zip line parking area and hiked up the named "Girl Scout Trail." 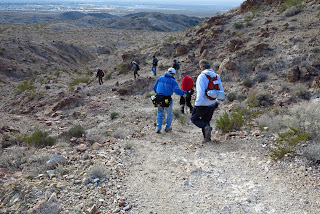 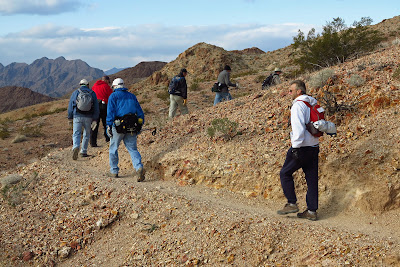 Winding Around on the Mother Trail 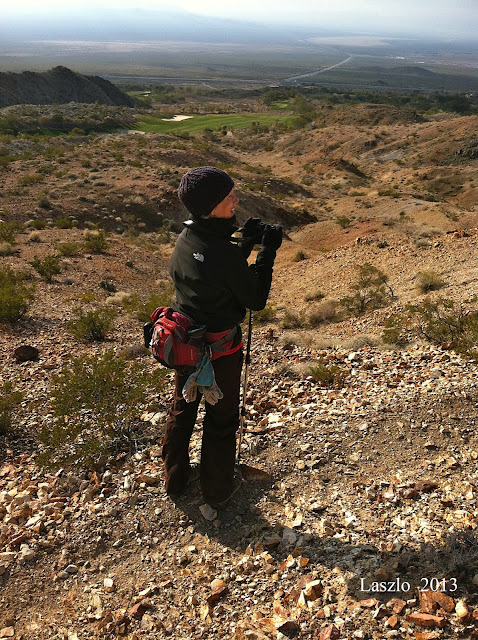 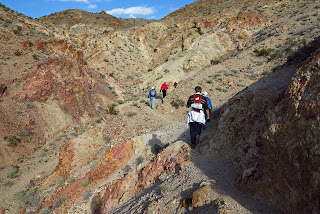 About two miles into the hike, we began getting views of the Cascata Golf Course below. This is a very high end golf course where casinos take some of their best V.I.P. patrons. Today, however, there were very few golf carts zooming around the links. Too windy. 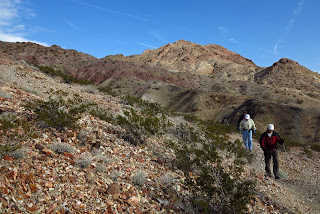 We continued winding along the Mother Trail taking a few shortcuts here and there when the switchbacks became obvious. Finally, we reached the southern terminus of our hike where we took a short break and admired the view of the city, albeit covered with clouds. Before we got too cold, we embarked on a loop that steeply descended down to the golf course fence and back up steeply to the Mother Trail. 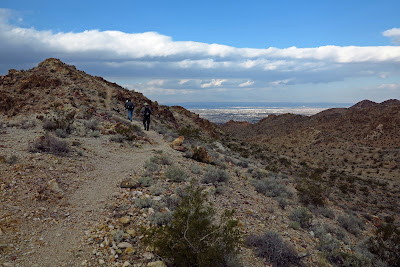 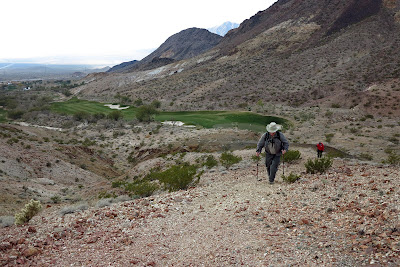 Climbing the Hill on Which We Earned Today's Mileage 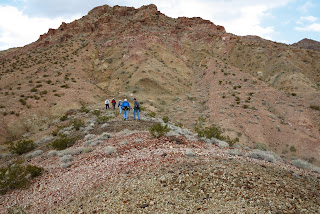 As we hiked back, the weather slowly started making a turn for the worse. There was rain in the distance and very few bouts of sunshine bathed over us. A few hi jinx were played on each other with the shortcuts. The pace stayed fast and strong. The nine of us enjoyed the morning's exercise. 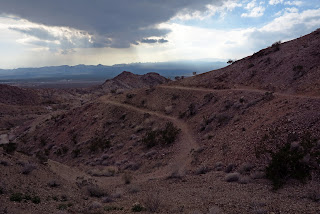 Our return, covered most of the route we took out to the golf course except for the very end.  We took the West Leg Trail going back which is just above the Girl Scout Trail on the same hill.

At just under seven miles, we climbed a total of 1254 feet of elevation. 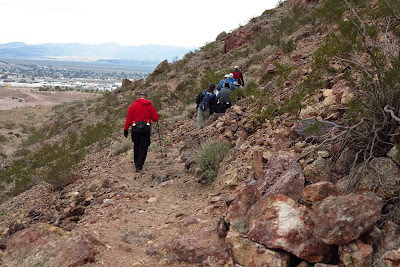 Finishing the Hike on the West Leg Trail 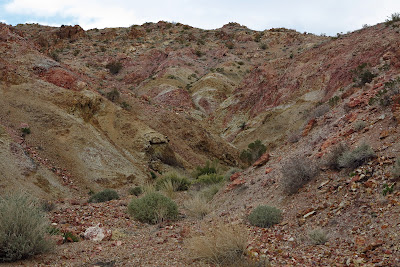 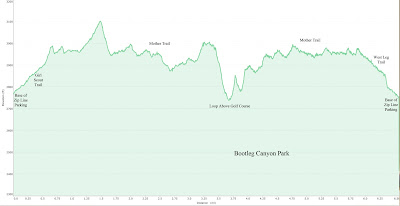 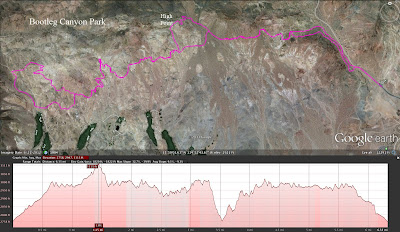 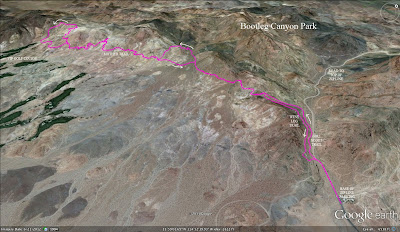