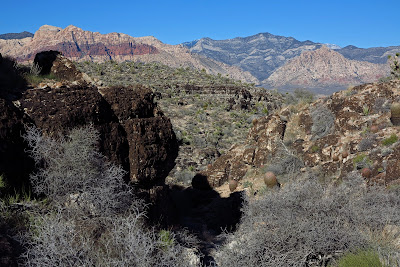 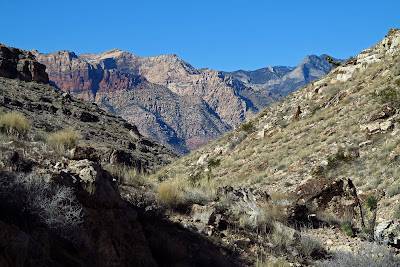 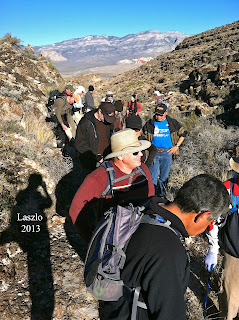 Even though one hiker had to play a hurried game of "catch up," there were seventeen participants on today's hike which took us to the North Blue Diamond Hills. We left from the Cowboy Trails parking lot and headed at a fast pace up into Echo Canyon where there is a small amount of moderate scrambling. Halfway up the canyon, the seventeenth hiker (Kay) reached the group huffing and puffing after getting a twenty minute late start to an already fast hike. On the way up, Kay managed to get another shot of the great shell fossil found at one of the scramble spots. The photo is below. To the left, Laszlo caught the moment that Kay finally made her appearance! Better late than never! 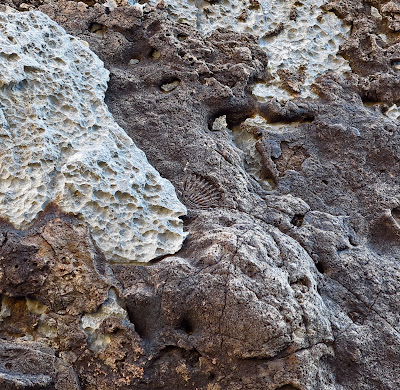 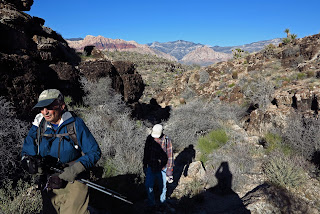 We finished climbing up through Echo Canyon which is filled with dark colored conglomerate rock and red barrel cactus. The view behind us was of the Red Rock Canyon escarpment and White Rock Hills. Turning left at the top of the canyon, we started hiking on the trail that traverses the hills just above the canyons. This trail wiggles around a bit while passing the trail that leads to Boneshaker Hill. 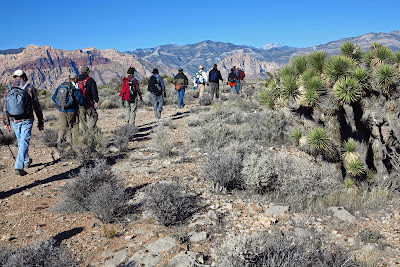 Heading Toward the Boneshaker Trail 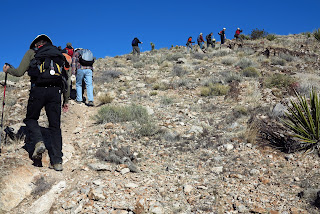 The last part of the traverse was a steep climb over a hill so that we could drop into the top of Skull Canyon on the other side where the view of the escarpment returned. The fast pace continued with stops only when there was a turn on the trail. Conversation was light but it was a great group of strong hikers. Chris' pace gave us a challenge for the morning. Someone exclaimed that they saw something hopping on the hill above. Must have been a jack rabbit. Keep going! 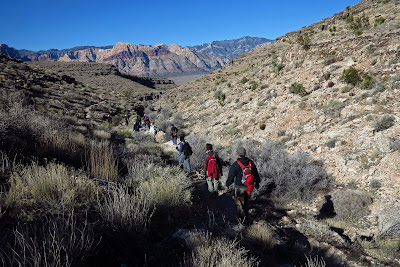 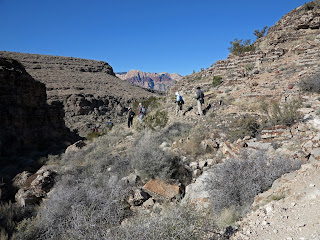 Halfway down Skull Canyon, we stopped to take a break on the limestone and conglomerate rocks. Afterwards, we continued down canyon past the "mystery canyon" that we plan to explore next Monday. Some of us decided to hike down the middle of the canyon and up on the left side, there was a lone burro desperately trying to get away from us. He must have managed to do so because when the camera got down closer, he was out-a-there!

Getting back to the cars, we had hiked almost 7 miles before coffee break time. Great morning exercise! 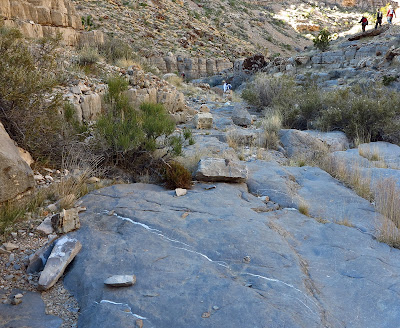 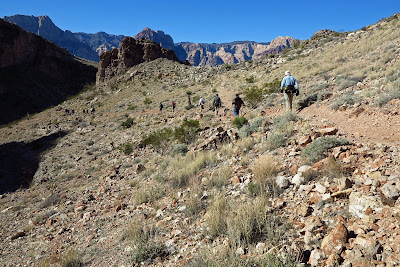 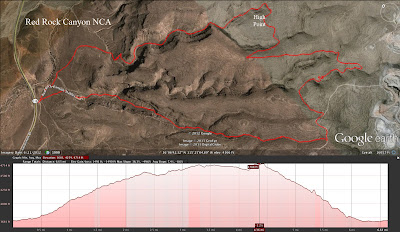 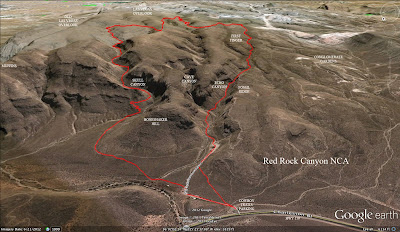