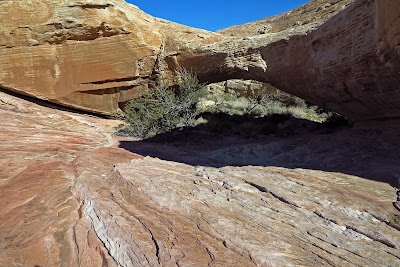 Top of the World Arch at Valley of Fire State Park 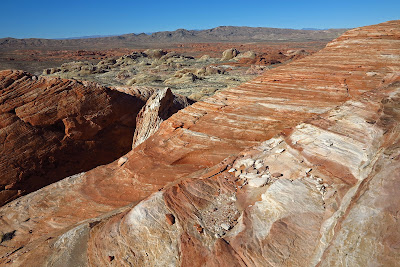 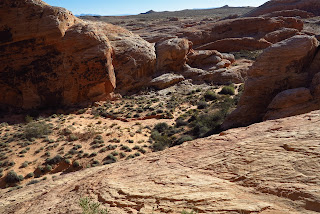 On the first day of every year, state parks around the nation give free entry to those who wish to take the offered guided hikes in the park. This was Valley of Fire's first time to participate in the program. Brian Dodd was one of the guides, today, as he took seven hikers (including four more members of AtBF) with him on a short but sweet climb to the Top of the World! Well, it is an arch located in the upper reaches of the park's sandstone and it is quite large. 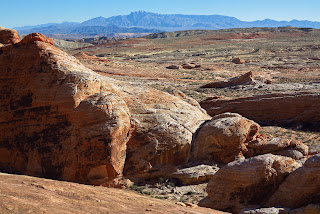 We began our hike from the first parking pullout on the left after Rainbow Vista off of the Scenic Drive of Valley of Fire State Park. Brian gave us his briefing and we began crossing the desert via a small wash. The first landmark was a rock that resembles a large salmon fish with open mouth. To our right, in the distance, the eye of a large arch on the summit of a sandstone peak, peered down at us. We rounded the salmon to the right and came to a steep but climbable sandstone wall. The eight of us leaned forward and surmounted the obstacle. The view from the top is seen in the two photos to the left above. 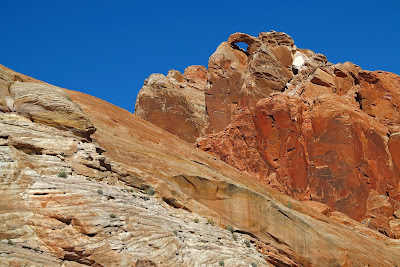 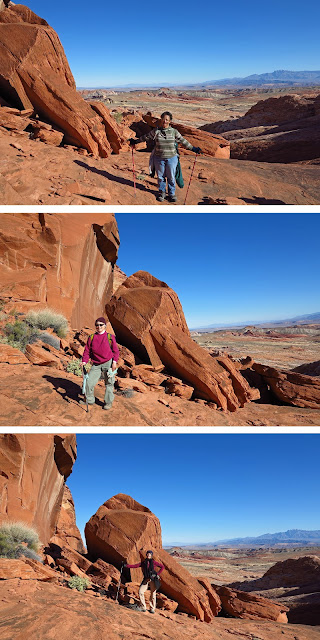 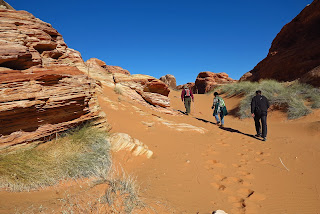 After getting to the top of the wall, the climbing continued up to the left around to the right. Here, we stopped to wait for stragglers and took photos of ourselves in the beautiful scenery. After the photo shoot, we began a small uphill trudge through deep sand. 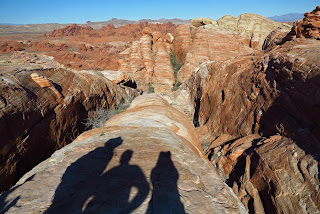 From the sand, we happily stepped up to the sandstone ramp on the left of the dune. This third climb was fairly gentle and at the top, we saw the view in the photo to the right. You can almost see the arch on the peak in the distance, however, it is still hidden under the rock. We descended the hill in front of us and climbed the one in front of it to the right. 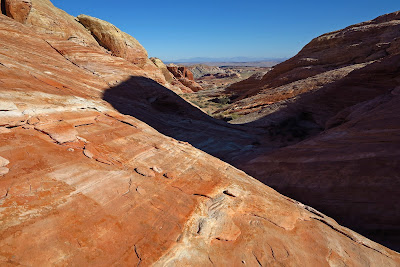 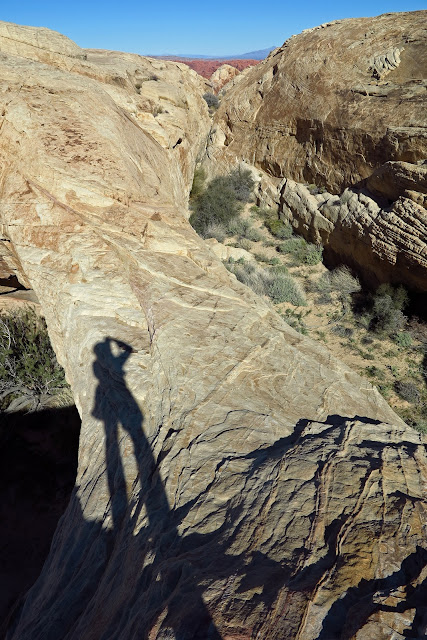 Kay's Shadow on the Top of the Arch 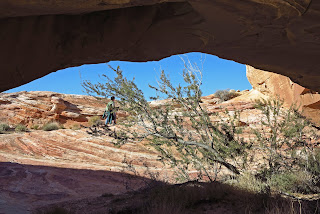 At the top of the next hill, we approached the arch which was long and high enough to walk under without ducking. There were three different ways to get to the top of the arch and we explored all of them. Some of us sat for a break and some of us wandered around for a few minutes while taking photos. 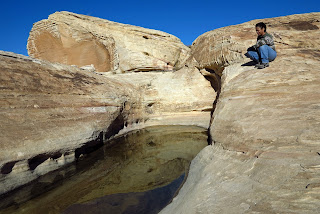 On one end of the arch, there was a nice size tinaja. In the photo to the left, Sherry sits above the tinaja and the top of the arch can be seen beyond the rock at top left. The views of the park from this high point of the arch were very colorful.

We returned the same way we had come except for a small change at the end of the hike which was slightly more direct to the cars. The hike was only three miles and had 840 feet of elevation gain. In the cold morning air, we accomplished the hike in nearly three hours at a medium pace. 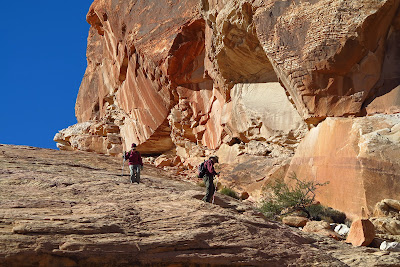 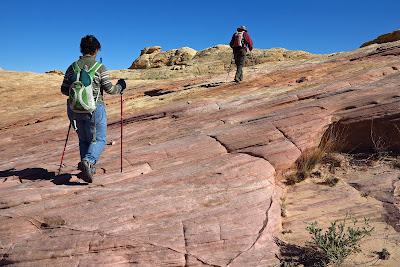 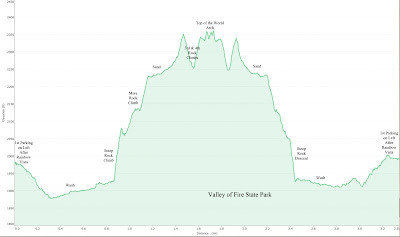 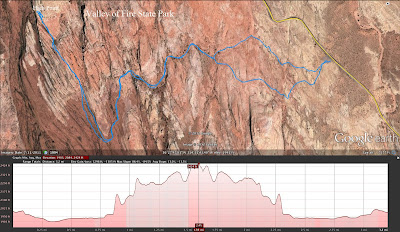 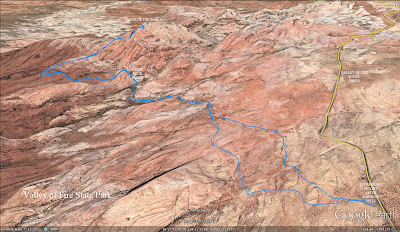