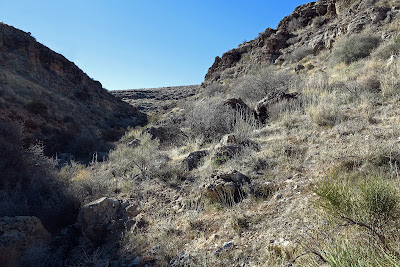 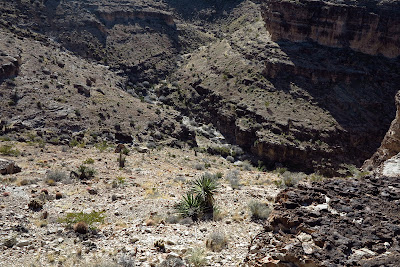 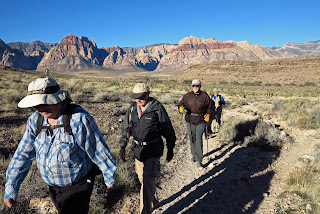 Twenty-five hikers showed up on this holiday for a new hike Chris calls Mystery Woman Canyon. This canyon pours into Skull Canyon on the North Blue Diamond Hills and climbs evenly up to the top of the ridge near the relay station. This would be our discovery hike of the canyon that presents itself as a plain Jane of canyons. 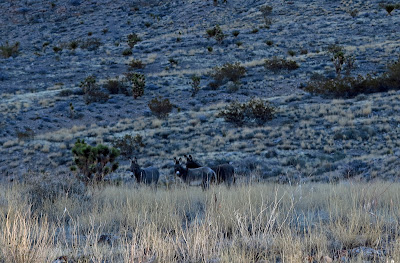 Burros Near Mouth of Skull Canyon 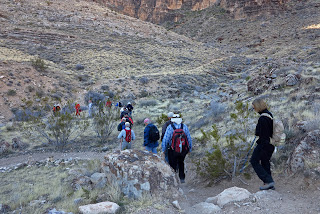 We parked at the Cowboy Trails parking area and hiked out to the mouth of Skull Canyon where we saw a small group of burros watching us in the grass not far away. Our main climb of the day was before us. We switchbacked up the other side of the canyon and circled around to go within the walls. Skull Canyon has boulders strewn all over its limestone floor. There is a trail that takes the hiker up beside the middle of the wash. 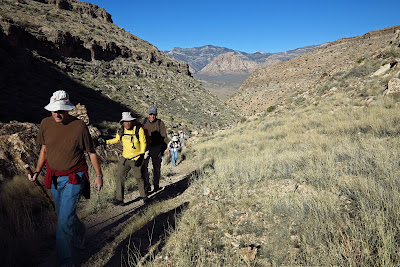 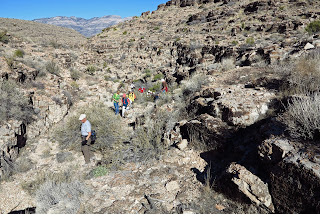 After hiking for around 1.7 miles, we came to the entrance of Mystery Woman Canyon and hung a right into the brush. After fighting off the scratchy bushes for a short while, we entered into a part of the canyon that had nice easy scrambling over rocks and boulders. Many of these boulders held brachiopod fossils from the Permian Kaibab Era of 275 million years ago. (In layman terms, these were shell fossils from a time before the dinosaurs walked the Earth.) 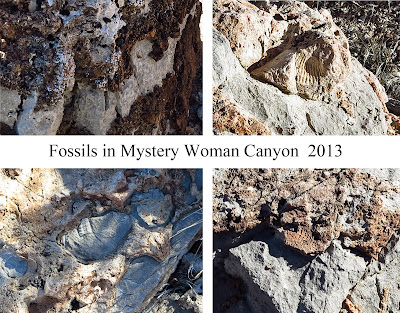 A Few of the Fossils We Found 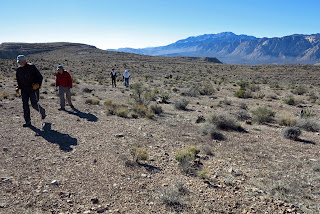 Mystery Woman Canyon went gently up for around a mile over very enjoyable terrain. Then we were laid out on a gentle slope of the hill. Chris led us up to the left where we connected with a familiar trail that took us around the rim of the Blue Diamond Hills to the new Las Vegas Overlook. We sat for a break here while we gazed out at a relatively clear day over the Las Vegas Strip and Downtown. 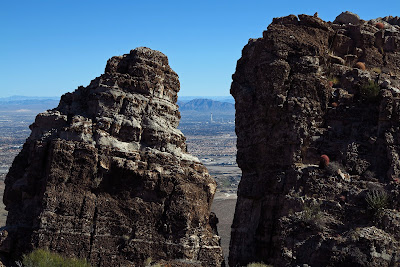 The Stratosphere Seen Between Rocks on Blue Diamond Hill 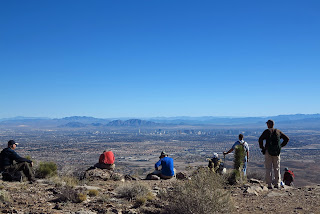 After our break, we began our descent on a gentle slope down past the relay station and to a connecting trail junction. We passed the Boneshaker Trail sign that is, at this time, unreadable. Someday, we should bring a few paints and brushes with us so that we can refurbish the sign for the trail bikers who named it and put up the sign in the first place. At any rate, it used to say, "Danger! Boneshaker!" and included a skull and crossbones. Yes, we were entering a particularly rough area for bikers to ride. 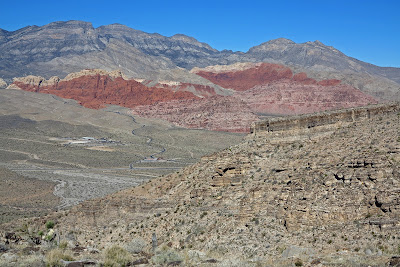 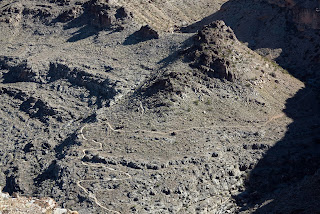 The Boneshaker ridge leads narrowly down between Cave Canyon and Skull Canyon. The trail that we came up on could be seen on our right. (Photo to left.) Then, most conversation ceased as we negotiated the steep slippery terrain of Boneshaker Hill itself. Breathing a sigh of relief at the bottom of the hill, we watched as two groups of horse riders went by. When we returned to the cars, we had hiked about 6.25 miles with around 1400 feet of elevation gain. 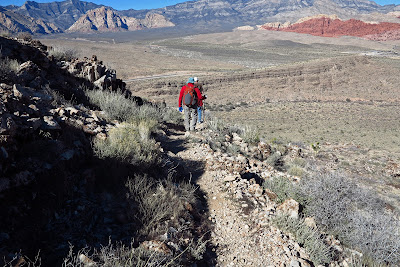 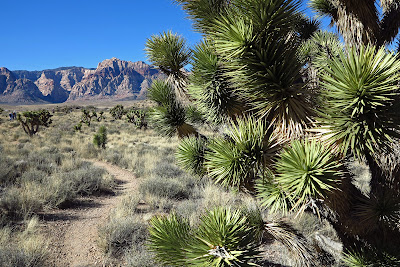 Hiking Back to the Cars 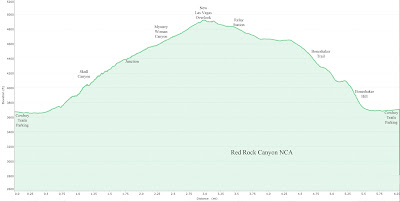 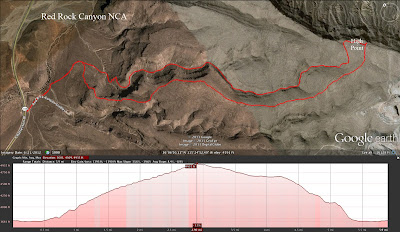 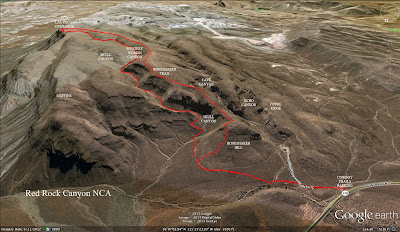