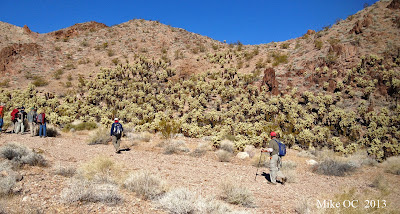 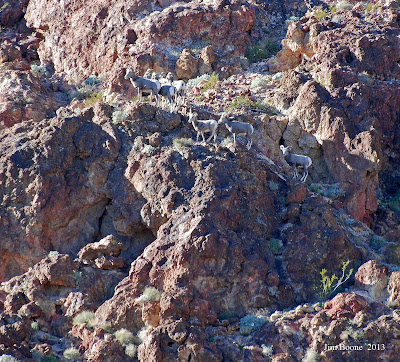 Mike OC and Jim Boone contributed photos and narration for the Cholla Forest hike on Saturday. Mike's comments are as follows: 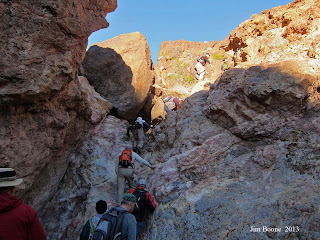 Weather-wise, it was a tough week, as a biting wind and overnight temps in the mid-twenties plagued the valley.  Brrr.  But the deep freeze pushed eastward and Saturday dawned balmy, with afternoon highs reaching the sixties.  Reason to celebrate.  Reason to hike.

And hike we did, as 44 ABF members turned out for the two Saturday offerings, 21 driving to the Valley of Fire and 23 more making the journey to Lake Mead. 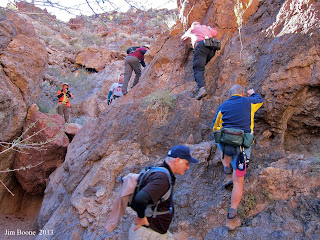 Chuck & Joan Hawkins chaired the Lake outing with a spirited trek to the picturesque Cholla Forest.  Also called "Seven Falls," their route took us up a dry wash hard by the shores of Lake Mead.  Bottlenecks were inevitable as we encountered the seven obstacles, but onward and upward we trudged.  Chuck always managed to lead us around and over the impediments that stood in our path. 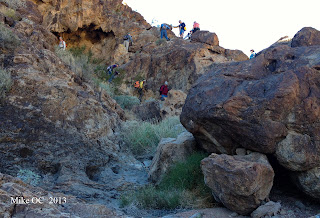 The lunch stop was not only the end of our uphill trek, it was smack dab at the base of a field of Teddy Bear Cholla.  As magnificent as the setting was, Joan cautioned us to avoid the lethal succulents that towered above us.  A chance encounter with these guys meant instant discomfort.  All cacti are nasty, but cholla rank at the top of the scale for pain infliction.

So as not to backtrack on the same route to the trailhead, we made a loop of the day's outing, finding a different wash for the descent.  But it was no less difficult going down, as more dry falls would hamper our downward climb.  And then, rounding a bend in the wash, Lake Mead suddenly appeared before us.  What a splendid sight!  It was time to close the door on Cholla Forest.  Seven miles and some five hours later, we did just that. 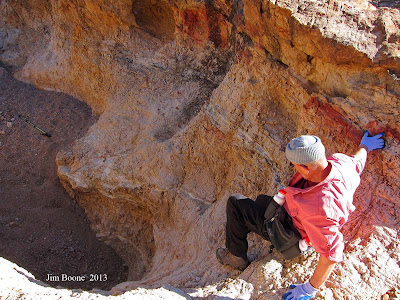 Whoa! Easy Does It! 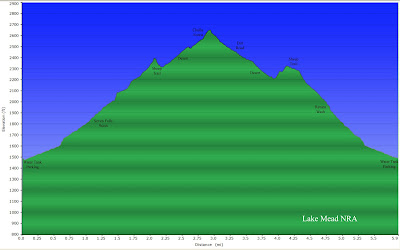 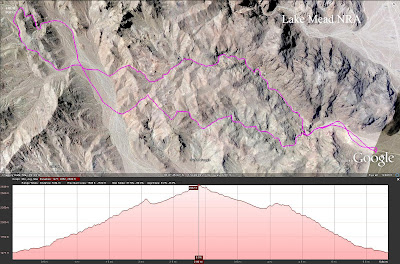 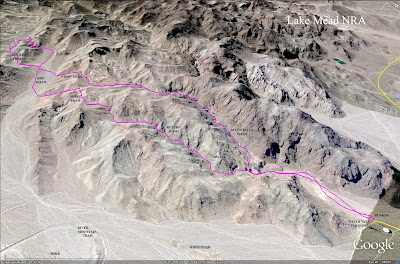 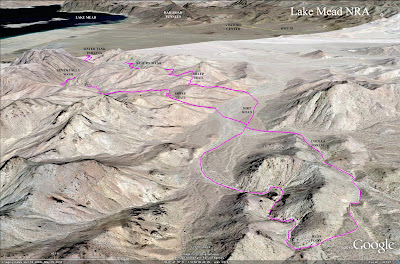