A Portion of The Bootleg Ridge 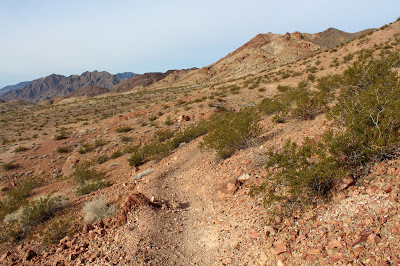 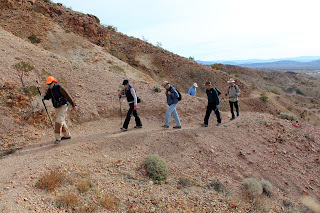 Nine hikers were not scared away from a new hike called Bootleg Ridge today. Rated as strenuous on the schedule, the hike offered a variety of stuff. There was distance (7 miles), elevation gain (1400 feet), off trailing, on trailing, a steep scramble down, a pretty little wash and the possibility of seeing bighorns (which we didn't). 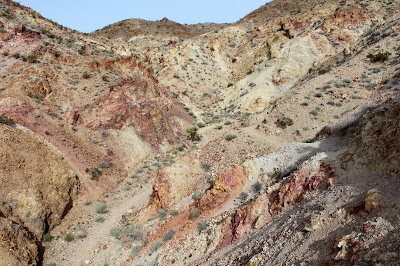 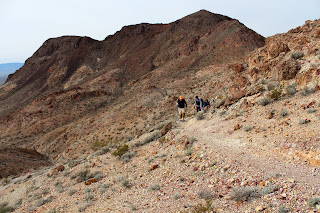 We parked at the base of the zip line in Boulder City and began hiking out the Mother Trail. This is a very colorful wiggly trail that undulates regularly. It is a bike trail so we had to keep our eyes open for the two wheelers. We used the Mother Trail to take us out 3.25 miles where we were just above the Cascata Golf Resort. Here, there was a trail junction and we took a right up the hill. 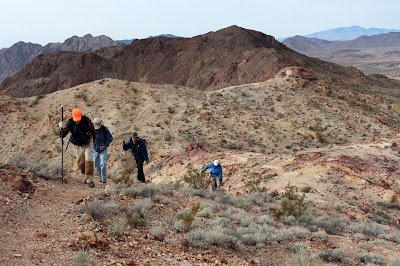 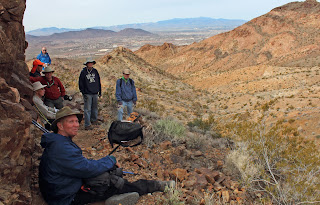 This was the ridge trail and we conquered two peaks right away. We always had the option of skirting around the highest point of each peak we would get to but there was only once that most of us took that option. (Okay. Only Paul went to the top!) Anyway, it was windy and we tried to shield ourselves with a rock wall for our snack break. It didn't really work. 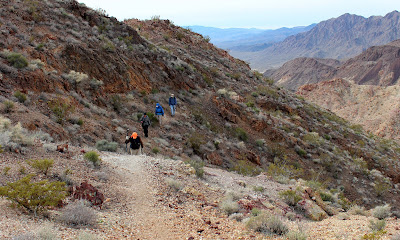 Skirting a Peak on the Ridge 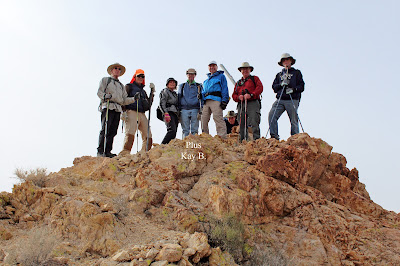 A Peak for Peers 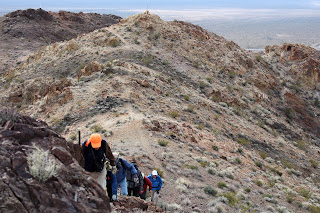 After our break, we hit the highest peaks of the hike. Up, down, up, down, etc. The views would have been fabulous except for the hazy overcast of the day. We could see the Las Vegas Strip, Henderson, Boulder City, and Lava Butte. The caldera laid just beyond a couple of ridges below us. The haziness really brought out the red and yellow colors of the rock around us. There was also a black peak thrown in there, too. 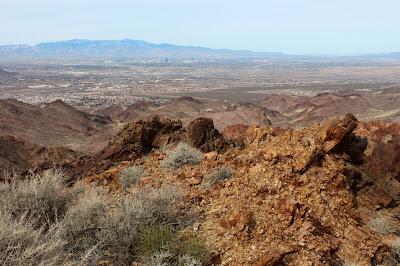 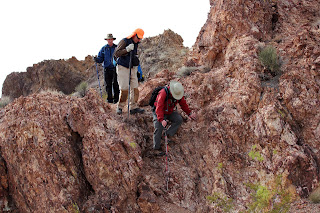 Finally, the ridge came to an end with an abrupt climb to a high mountain peak in front of us. So... we took a left! Following a sheep trail, we circled around the mountain and ended at the top of a steep rocky down climb. Nothing we couldn't do. So, down we went, being careful of footing. At the bottom, we found ourselves in a canyon wash ... and, on another sheep trail. 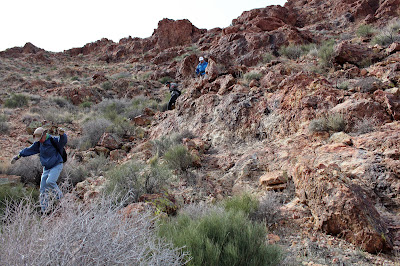 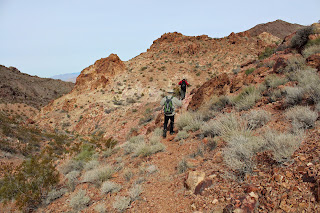 This trail took us around a point and we headed up a small colorful gently sloped wash. At the top of the wash, we off trailed over to the West Leg Trail and headed back in the direction of the cars. About halfway into the 1.25 mile leg, we connected with the Girl Scout Trail and finished the hike while avoiding several bikers and trail rakers. I guess there is a bike event coming up soon. 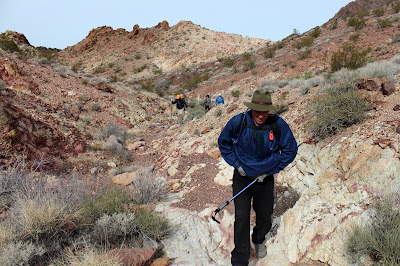 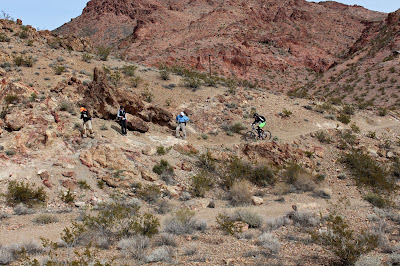 Making Way for Bicycles on the West Leg Trail 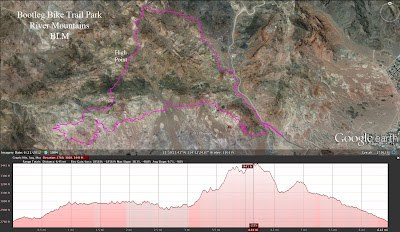 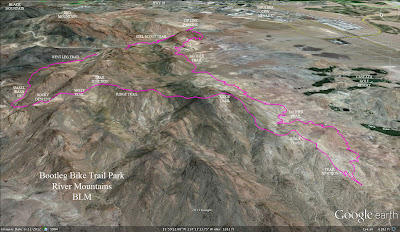