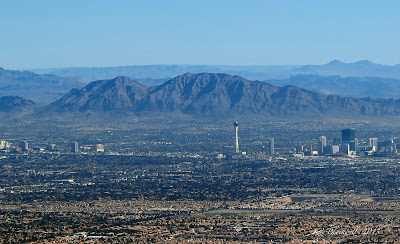 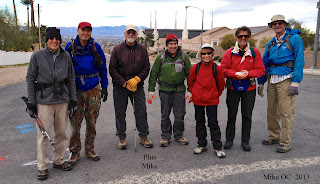 Ah! The sleeping giant that we, in Las Vegas, call the Frenchman is a mountain that lies directly east of the Las Vegas valley ... or rather ... the Las Vegas alluvial fan. (Ahem.) It lies just south of Sunrise Mountain with which it shares sunrise duties. 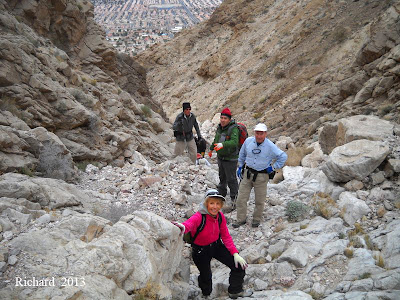 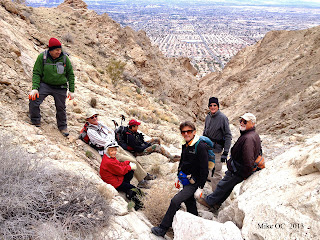 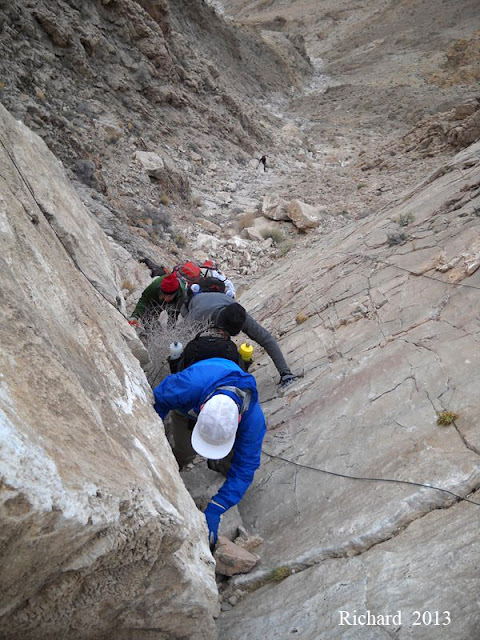 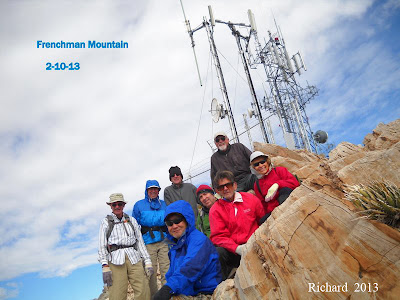 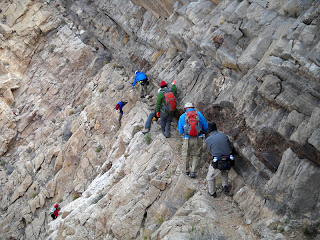 Mike wrote a minimal amount of words about the hike as follows:


The photos tell the story as well as the writer could but, suffice it to say, if you have exposure issues, this isn't your hike! The hikers that participated today were strong Tuesday hikers ... some of our strongest and most adventurous. 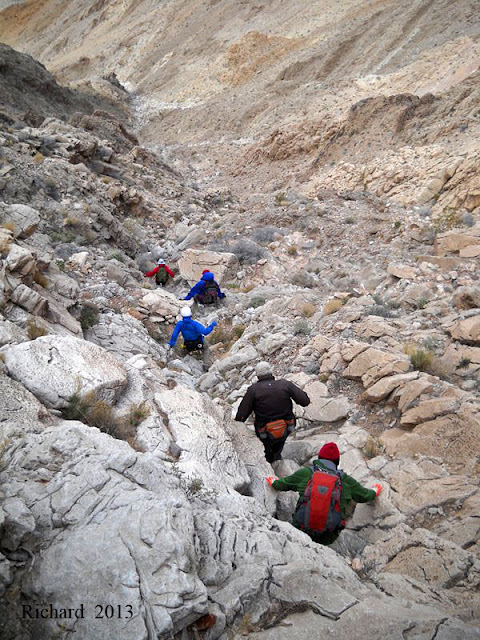 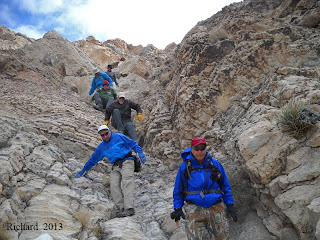 Thanks to Mike O'Connor and Richard Natale for sending these photos and GPS track information. Finally, Frenchman Mountain is represented on the AtBF website.

Word from Mike and George is that the photos make the exposure look a lot more dangerous than it really is. Maybe I'll try it next time! 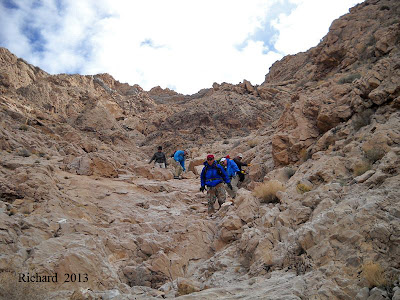 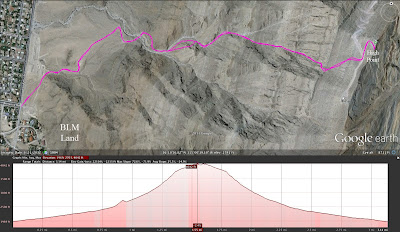 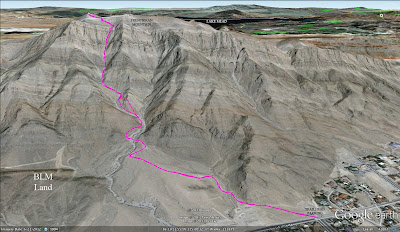 Hey guys, great pics! I wanted to ask permission to use your Vegas shot at the top of this post for a brochure for our church. Let me know what you think.